Guys, no joke I still haven’t gotten gifts for everyone on my list so I need to make this intro quick so I can go do some last-minute shopping, okay? So cut me some slack and enjoy the best of The Week That Was while I fight the holiday morass with all the other slackers.

For tears: Cardi B is making me sad this week — sounds like she’s really missing that dick. But no joke, the exploding upward trend of commercial sailors committing suicide has mental-health experts extremely worried about life at sea.

For help: Rescue your dying Christmas tree before the in-laws come over. Learn to use the correct stove-top burner for different dishes. Use a Bird scooter for the first time without breaking an ankle, getting hit by a moving vehicle or otherwise dying.

“A Gentleman’s Guide on How Not to @ Her”
To state that guys couldn’t benefit from a finishing school of sorts when it comes to our real-life interactions with the opposite sex is an understatement. And online, it’s only worse — way worse. If all of the internet is a toilet, a woman’s cyber landscape is an Ipanema loo after Carnaval. Lucky for us, though, Kathryn Way has put together a short guide on how to interact with women online without making them uncomfortable. READ MORE

“The Cult of ‘Semen Retention’”
In his 20s, Chris Bale became concerned with how “internally confused and feminized” cosmopolitan masculinity had become. Part of the cause, in his estimation, was our semen — how we devalue and disrespect it, and how we refuse to treat it as a crucial part of our maleness. Our vitality and metaphysical power, you see, is in our seed. We need to build it up instead of ejaculating it away in order to reach a higher plane of existence. Bale calls this practice “semen retention,” and now, he’s teaching it to men who want to cultivate their sexual energy and innate masculinity. READ MORE

“The Men Who Hate Christmas so Much They Want to Destroy It”
Christmas is 🎵 the most, 🎵 wonderful time, 🎵 of the year. At least for most of us. For others, it’s less than wonderful, and for an even smaller amount of people, it’s so awful they resort to taking their hate for the holidays out on everyone around them. These folks, you see, are the Grinches and Scrooges of our time. And their legacy of being Yuletide buzzkills goes back to the 17th century. READ MORE

“This Eccentric Academic Thinks the Zodiac Killer Is a Hoax”
Everybody knows the Zodiac killed five people in the Bay Area between December 1968 and October 1969. Community college professor Thomas Henry Horan, however, isn’t like everybody else. He, in fact, thinks that the murders weren’t the evil-doing of one killer with a thing for riddles, but a combination of hoaxes, drug deals gone wrong and copycats. It’s an opinion that’s made Horan the arch-nemesis of Zodiac sleuthers hellbent on solving America’s most famous cold case. READ MORE 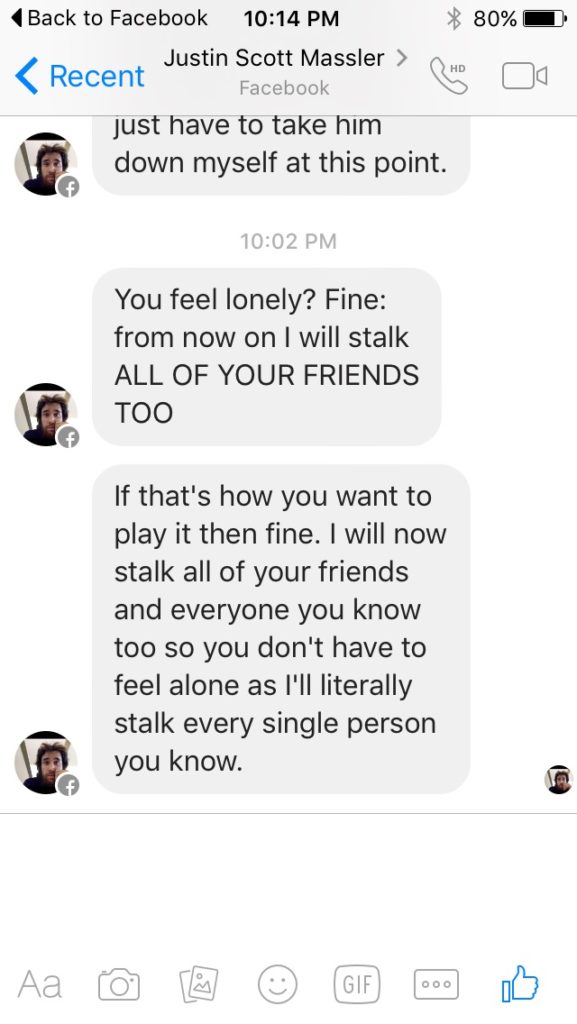 The Week in Quotes

Some fantasies can be hard to pull of in real life. Shame, a less-than-willing partner or the lack of a Lego cityscape for smashing might prevent you from living out your dream of being a sexual Godzilla, for example. But even in cases such as these, not all hope is lost. Isabelle Kohn spoke to a hypnotist whose job it is to help people experience the deepest breadth of their fantasies through the power of consensual mind control.

Like I’ve always said, there’s a difference between ‘having a tattoo’ and ‘being tattooed.’ Being tattooed is something that becomes part of your identity.”

Ian Lecklitner, a man who is heavily-tattooed himself, spoke to three middle-aged people with tattoos about why anyone who’s never been tatted immediately assumes people with ink will regret their body art when they get older.

Hey Aquaman, you’re not the first guy to take to the water and make a movie out of all that swimming. In fact, if you count Entourage and Vincent Chase, you’re not even the first movie Aquaman. (For the record: He’s also in The LEGO Batman Movie and Teen Titans Go! To the Movies, and that’s just recent history.) In fact, there have been a ton of waterlogged movies — including, of course, Waterworld, which was waterlogged on every level (dramatically, critically and financially). And so, our latest episode of The Weekend Binge — movies that take place on, in or under water.

Take a dip with us, won’t you?