A Gentleman’s Guide on How Not to @ Her

Don’t be that guy who comments, ‘You look STUNNING’ on a post about a recent mass shooting

The relative anonymity of early internet message boards is now leagues away from modern social media. Most of us have photos of our real faces online, use our real names and even list our real jobs. Social media aids our real-life work and hobbies like community organizing, performances and house hunting. Our groceries, banks and pharmacies are all online now, too, and so are our friends, families and relationships. The fact that you can get fired for being shitty online should indicate that your actions matter as much in cyberspace as they do in meatspace.

As society has taken a collective vow to never log off, online is officially real as hell (and also like hell). And while it’s true that all of online is a toilet, a woman’s cyber landscape is closer to that of a festival Porta Potty. We’re increasingly guarded and suspicious of men on social media not because we want to be, but because we have to be. We *Jared Leto Joker voice* live in a society, and our behavior is expected to fit within the framework of established social and cultural norms that now extend to the web. But all too often, men don’t honor the established social and cultural norms in real life to begin with, which then amplifies those same slights online.

Lucky for you, though, I’ve put together a short guide on how to interact with women online without making them uncomfortable.

Private conversations aren’t necessary to establish a rapport, so stay out of the DMs with women you don’t know. Private messages from strange men can be interpreted as invasive, the equivalent of being cornered on a dark street. Because the first step in most instances of a woman facing online harassment is contact from a strange man, she’s likely to be on edge. However benign, she doesn’t know your intentions.

Private messages should only be sent for a concrete reason, and absolutely never begin with, “Hey.” If you’re looking to pick her brain or ask something of her, check in first to see if she has the time or capacity to do so. Women aren’t de facto therapists or priests taking confession, so emotional labor should be relegated to paid professionals or close family and friends.

That said, I’ve met quite a few men online who turned into real friends. Some of them are local, some live across the ocean; some are just chat buddies, some have stayed in my home on visits or road trips. All of them, though, share commonalities that led to their friendship with me. For one, we had mutual friends who served as an indicator of social taste, meaning the friends we had in common were people I liked and trusted to keep good company.

Mutual friends are a must for women, so much so that this meme spoof of The Omen movie poster classifying men with one mutual as the spooky villain quickly reached viral status because it resonated with so many. Basically: No randos! 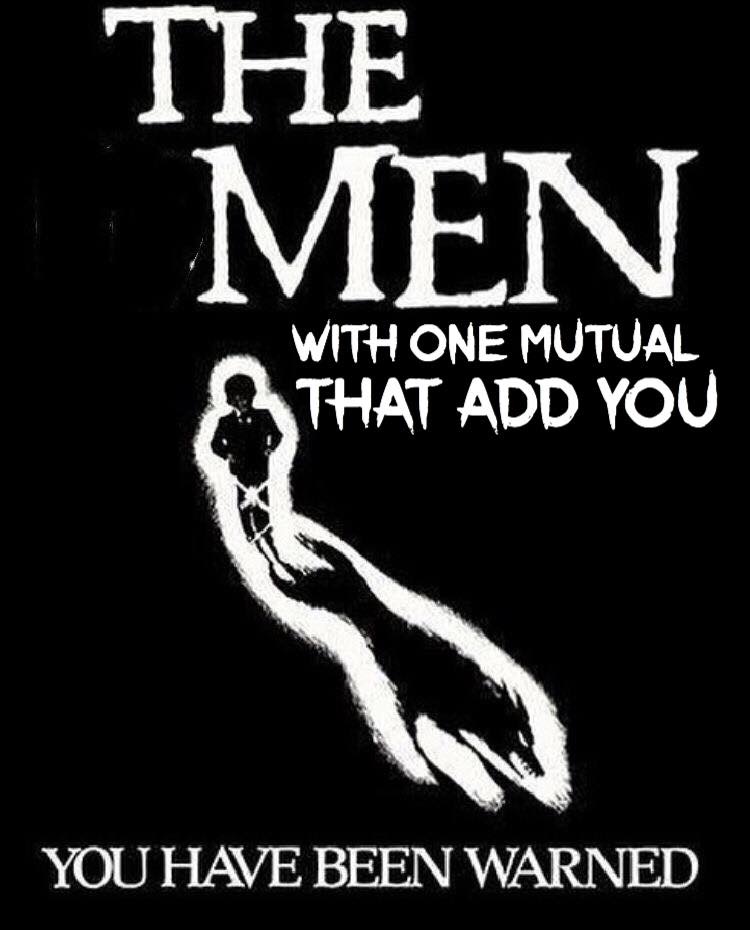 Another thing my online buds have in common is that they didn’t slide into my DMs immediately; we mutually grew to understand each other through the content we posted. From there, the social interactions grew naturally. There’s a recurring theme of mutual give and take at play here — the same thing that’s found in healthy IRL conversations and interactions.

Nor is an accepted friend request a green light that means, “Go!” Don’t head straight to her profile to start liking photos and commenting on posts, as that’s both overwhelming and alarming. If you don’t know each other, start slow by simply reacting to posts as they appear organically. This goes both ways — you don’t know her either, so what if you’re completely at odds ideologically? What if her posts are categorically awful? You need to gather context just as much as she does, so take your time and stay in your lane without putting all your focus on her. 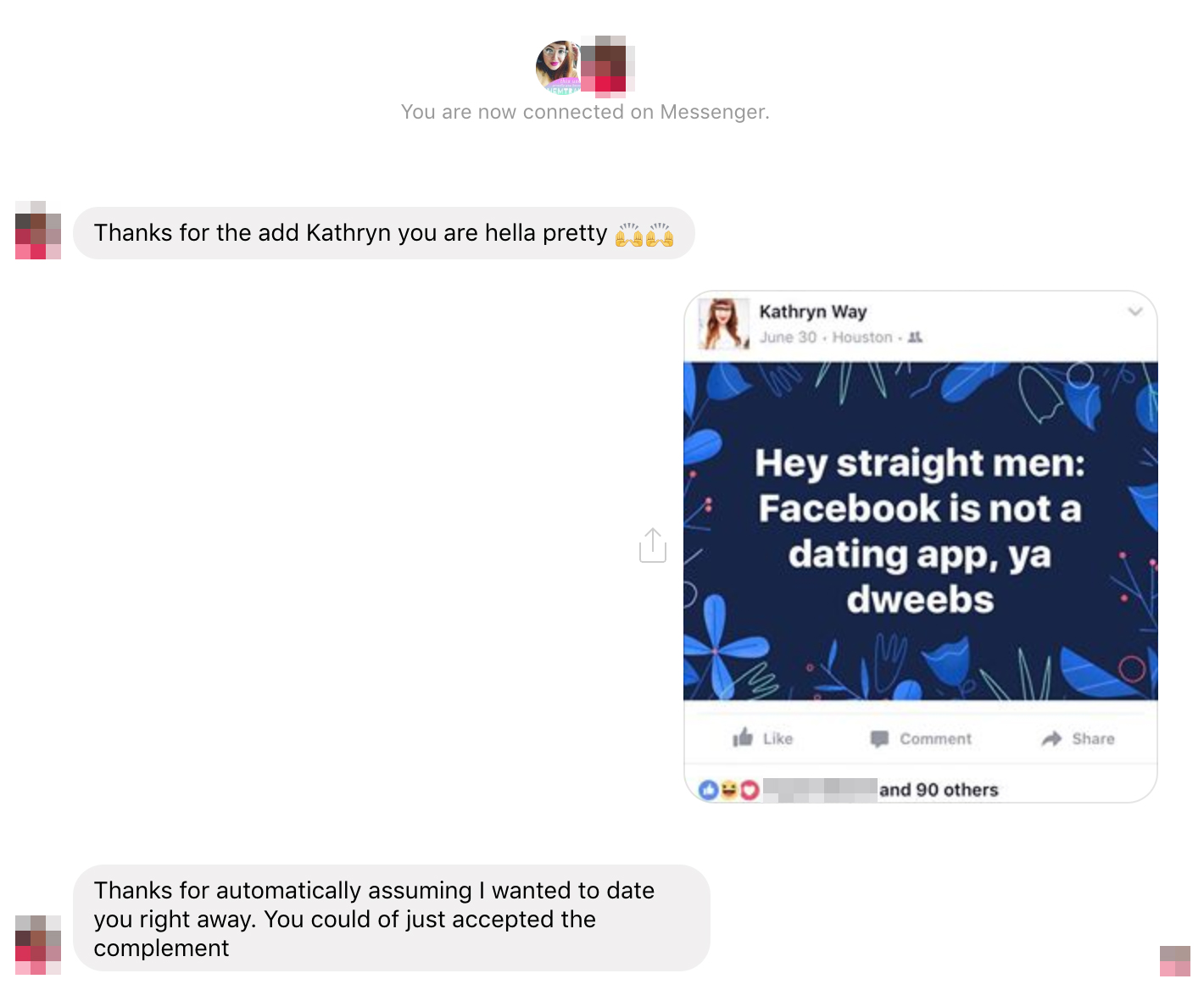 Some women are totally down to flirt online, but they’ll usually communicate that desire by engaging with you on the same level. It’s nearly 2019, my dudes — the idea that men always need to be the aggressor is outdated. If she’s into you, she’ll let you know.

Either way, under no circumstances does any woman want to see a penis without asking to, and begging for nudes will forever designate you a sex pest that’s one message away from a public screenshot callout post.

Think Before You Send

Before you comment on a post, think critically about whether or not you’re adding something of value or if your voice belongs there. Are you about to answer a question that wasn’t even asked? Back it up, bud! Poor reading comprehension is a standout issue that most women face from men on social media, which is yet another amplified real-life problem: You’re not actually listening to us. 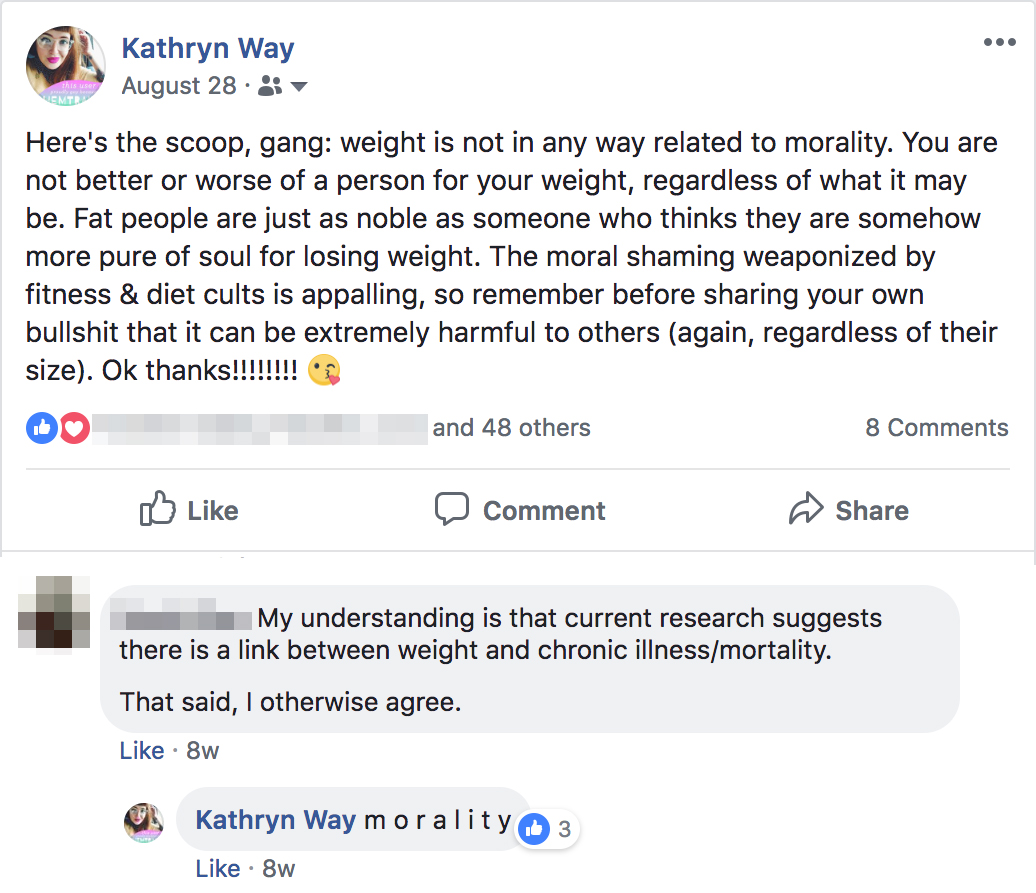 If you find yourself wanting to argue with a woman on a post she made, examine why you want to remain friends with someone who pisses you off that much. Is it really worth your time and energy to dwell on that negativity? Take a note from all women online and unfriend, block or mute. Life is stressful enough these days, and we all deserve a curated feed that doesn’t add to the bullshit. Basically: If you feel compelled to play devil’s advocate on a woman’s post, a simple solution would be to delete your account and go live in the woods.

A comment with zero likes or responses is the social media equivalent of a nonverbal response, a cautious smile followed by looking the other way as a function of de-escalation. And so, if your comment is among many and all of the others are liked and engaged with but yours is not, you’ve swerved out of your lane. The same goes for unanswered private messages. This is a learning opportunity to read the room and should inform any future interactions. 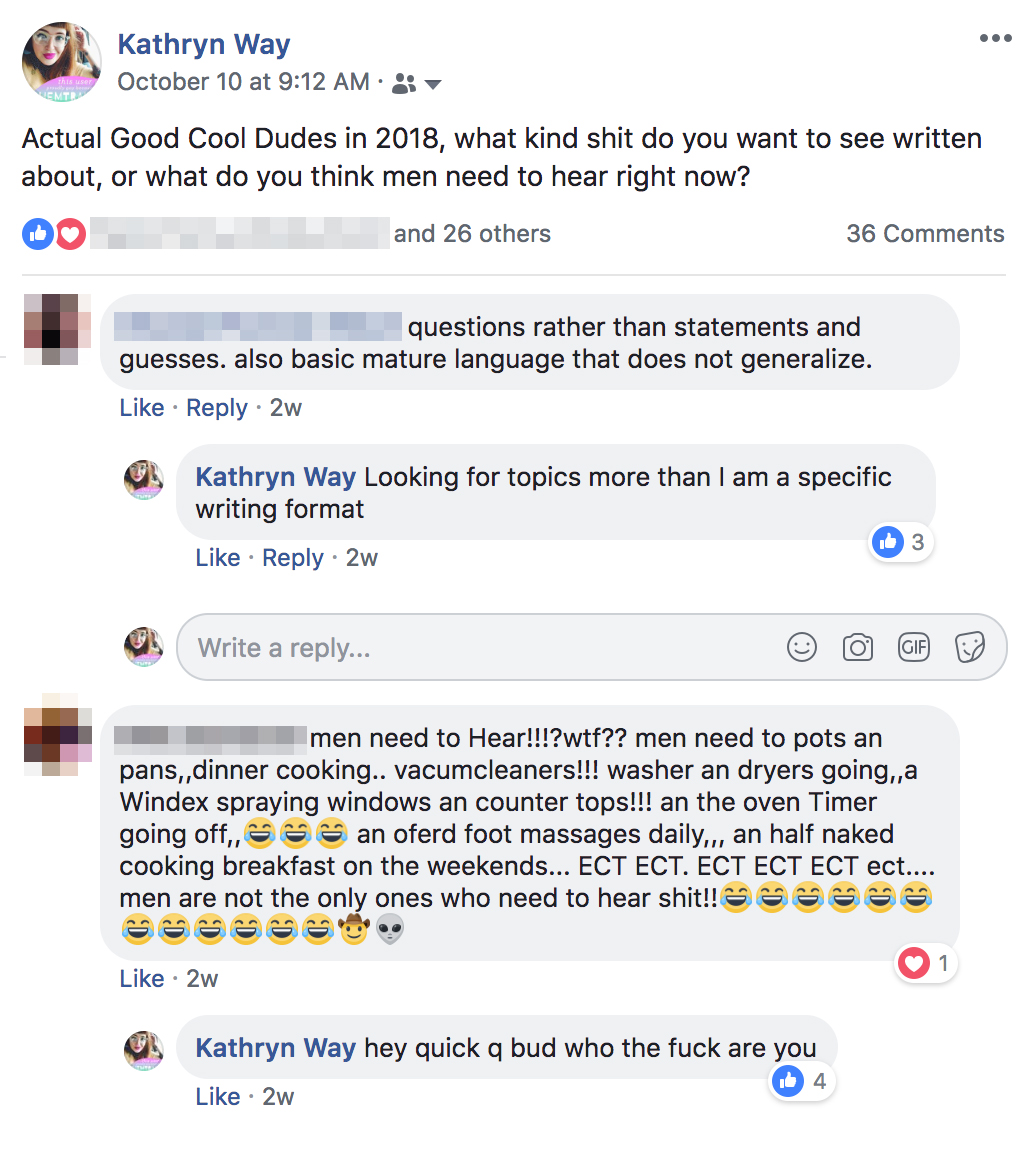 One of the most common social fuckups women cite is when they’ve posted something somber, personal and earnest that’s met with a completely inappropriate response from a man who clearly didn’t read the full post. READ THE CAPTION. In other words, don’t be that guy who comments, “You look STUNNING” on a post about a recent mass shooting.

Social media interaction can take sharp downturns because it’s easy to misinterpret tone or take something the wrong way via text. At the same time, it also magnifies men’s shitty IRL social behavior, like not listening or demanding that their take, however unwanted, be heard. Just because you have the option of commenting on social media doesn’t mean that you should. Would you go to a woman’s house and ring her doorbell just to tell her your opinion? (If so, please go to jail now.) Her posts are her personal space. Like any other social environment, there are rules and expectations to adhere to on social media. I mean, we’re trying to do a whole-ass society over here! 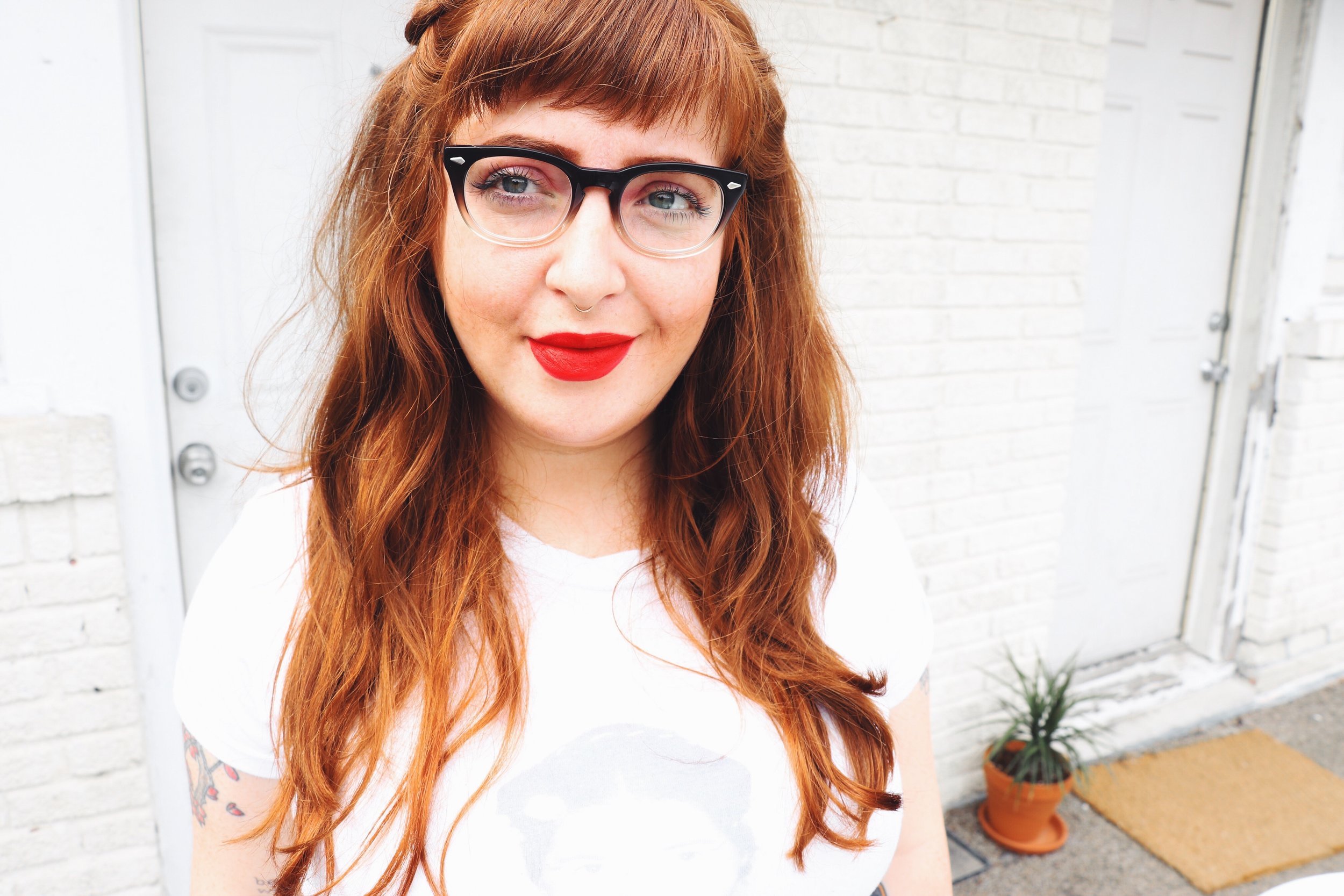