The Steady Confidence of the ‘Yes Chad’

From his origins in racist 4chan threads, the blond, bearded cartoon has evolved into an icon of composure

If the internet is, on balance, a toxic world, what makes it so? Probably that we congregate here to openly discuss who is right or wrong, good or bad, at a maximum emotional pitch, and with vanishingly little nuance. The goal is to come out on top by assigning a lower rank to others.

In no-holds-barred forums like 4chan, this competition is at its cruelest. Virtually anything you post on the “politically incorrect” board /pol/ can get you smeared with an array of racist, sexist, homophobic epithets from anons who want the satisfaction — and fleeting glory — of taking you down. But the anarchic nature of 4chan also means their offensive caricatures and categories can evolve into content that radiates entirely new, even positive energy. Such is the case of the “Yes Chad,” an illustration of a blond, bearded man you have no doubt seen in a few memes. 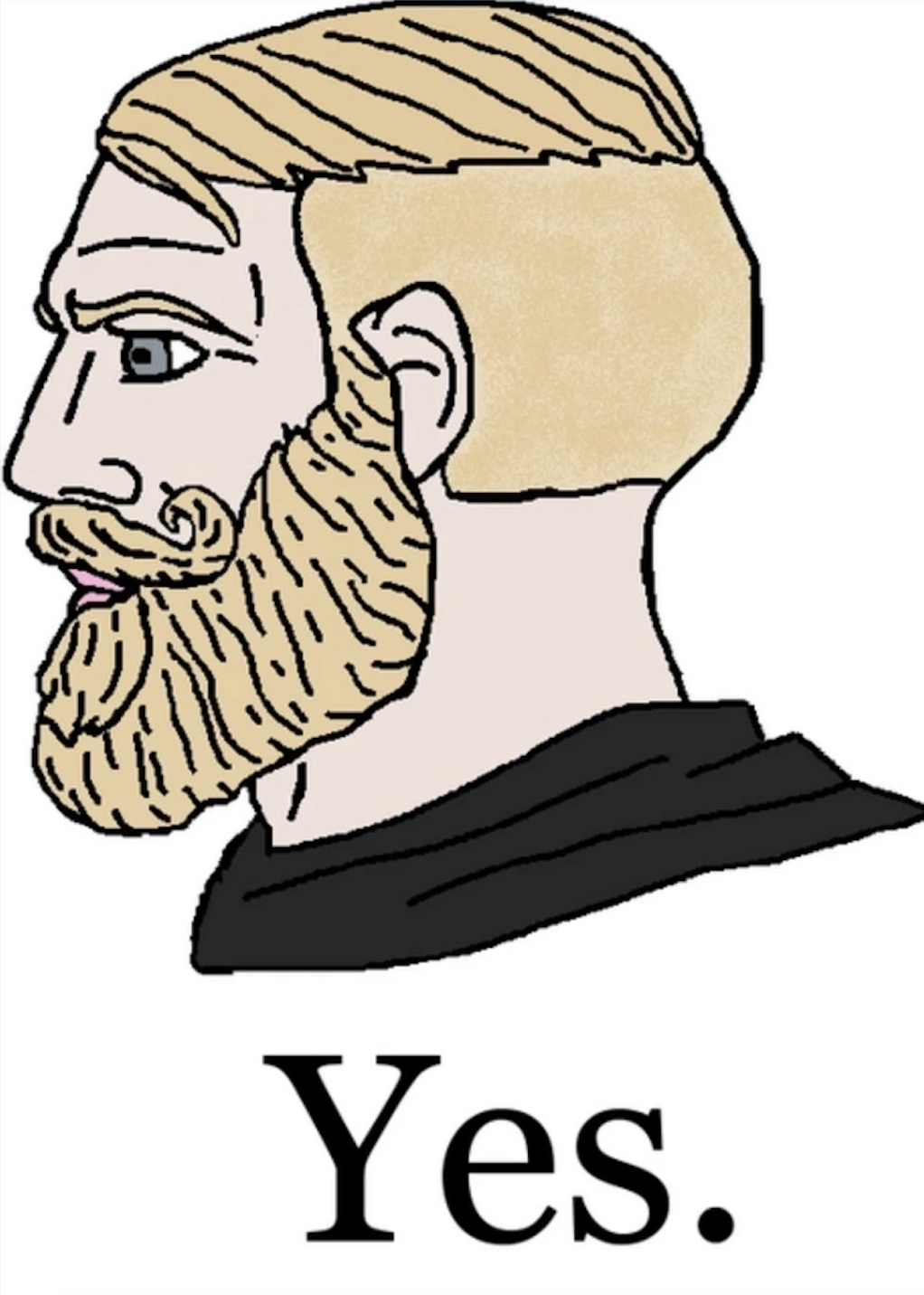 What you may not know about the Yes Chad — since in popular usage there is rarely any hint of bigotry — is that he derives from a running 4chan argument on the relative superiority of different ethnicities. While at least one observer maintains that he is supposed to be the idealized Aryan foil to an anti-Semitic illustration of a Jewish man, the first iterations showed the Nordic character opposite a “Mediterranean” figure. Back in 2016, some /pol/ users were shitposting back and forth as to which civilization is historically less “cucked,” and though the original thread includes all manner of racist commentary, it actually leaned toward mocking Nordic and Germanic people, with some comparing the grand architecture of ancient Rome to the modest dwellings of medieval Scandinavia. Only days later did a “Chad” Nord appear. 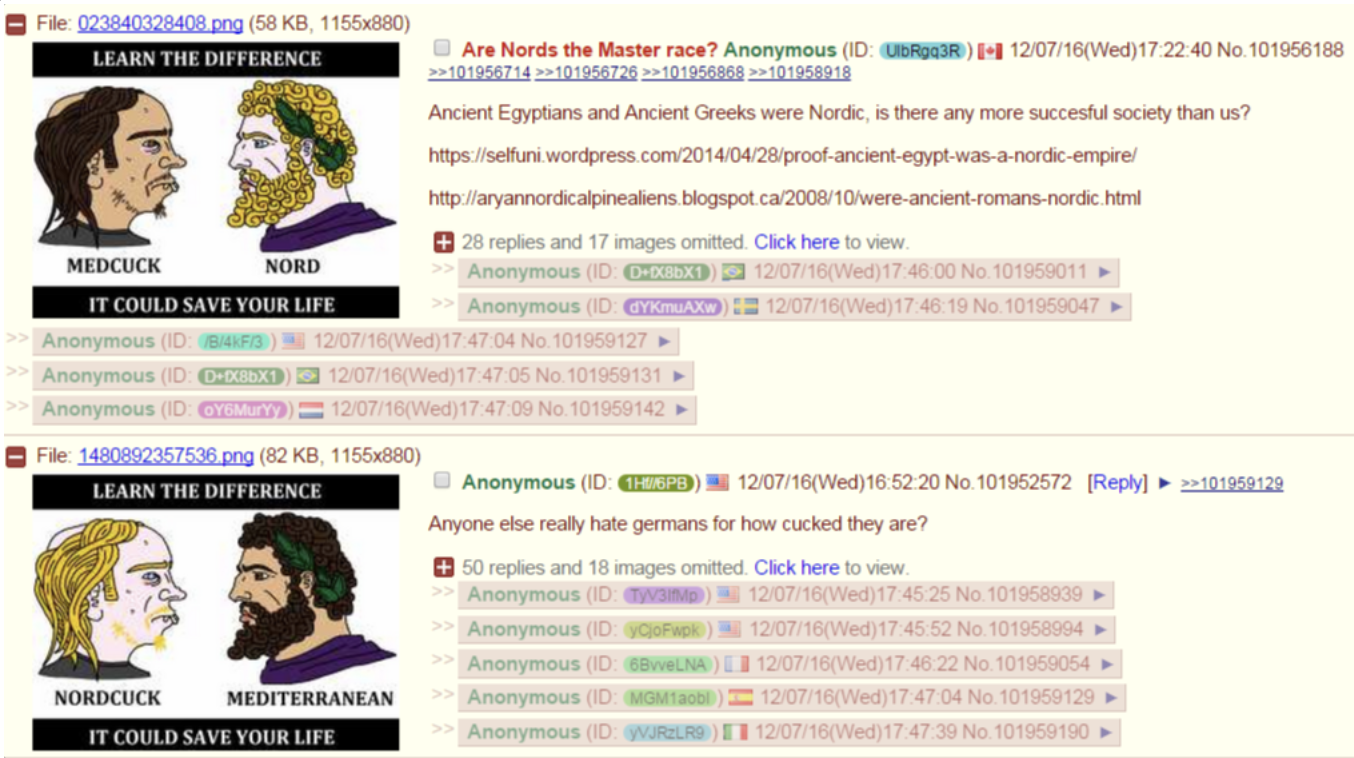 4chan’s racism is at once more complex and simpler than it seems. The tenets of white supremacism are well-represented, but insofar as the anons are focused on subversive conflict rather than political consensus, any group is fair game as a target. It is the thin veil of their supposed “irony” that allows a faction seen as Nazi-leaning to bash the identity at the core of that dogma. So, although the Chad Nord was an assertion of white dominance in response to anti-Nordic jokes, he was also available to creators with completely antithetical views. We got a meme of the Nord and the Mediterranean as equal and allied, and then, by 2019, the confident “gamer” version of the blond Chad. In the last couple of years, the Yes Chad has appeared in images calling for diversity and inclusion, and he’s time-traveled back to the 19th century to arm American abolitionist John Brown in his attempt to spark a slave revolt and liberation movement. 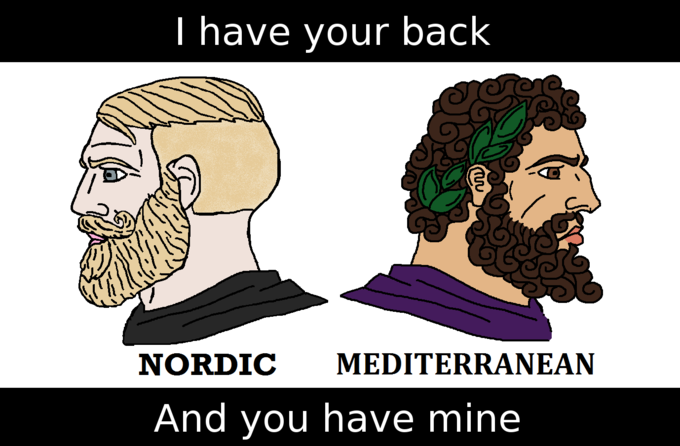 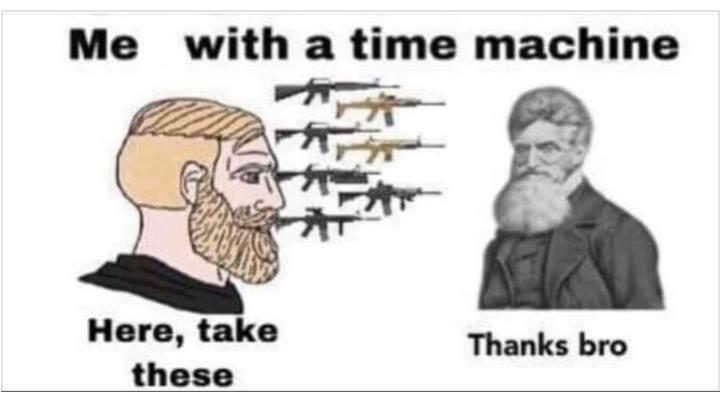 Now that he’s at large in the wider universe of Wojak comics, and sometimes expressing leftist sentiment, can anyone credibly claim that the Yes Chad still functions as propaganda celebrating the uber-Aryan male? Only if you think every artistic depiction of a masculine, blond, blue-eyed individual is an implicit attack on Jews and people of color. The lineage of the profile matters, of course, but given that there are Yes Chads of every skin tone, and more cultural varieties discovered every day, he has come to symbolize an outward confidence no matter your looks or background. The Yes Chad can never be embarrassed; he meets all insult and provocation with solid self-awareness and honesty. He can still be conscripted to advertise “trad” values or reactionary takes, though for the most part, he is liberated from that obnoxious role, and versatile enough to satisfy a broad range of unproblematic or progressive scenarios.

Odds are, when you come across the Yes Chad, he is simply vibing — a steadfast, calming presence to counter the usual histrionics of the web. Who could possibly take issue with that? 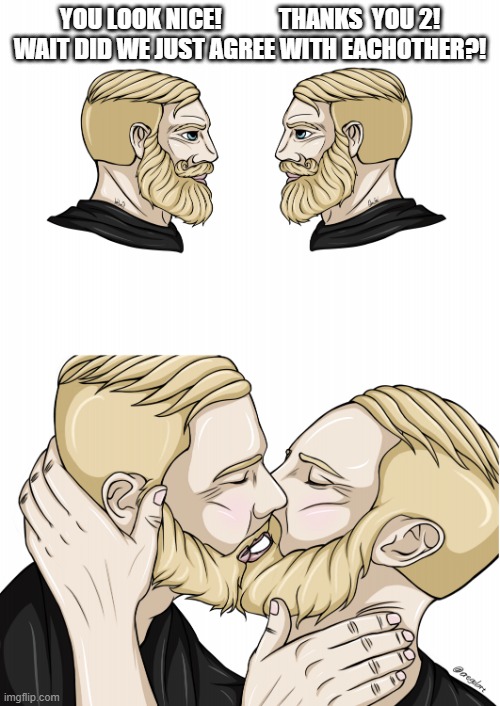 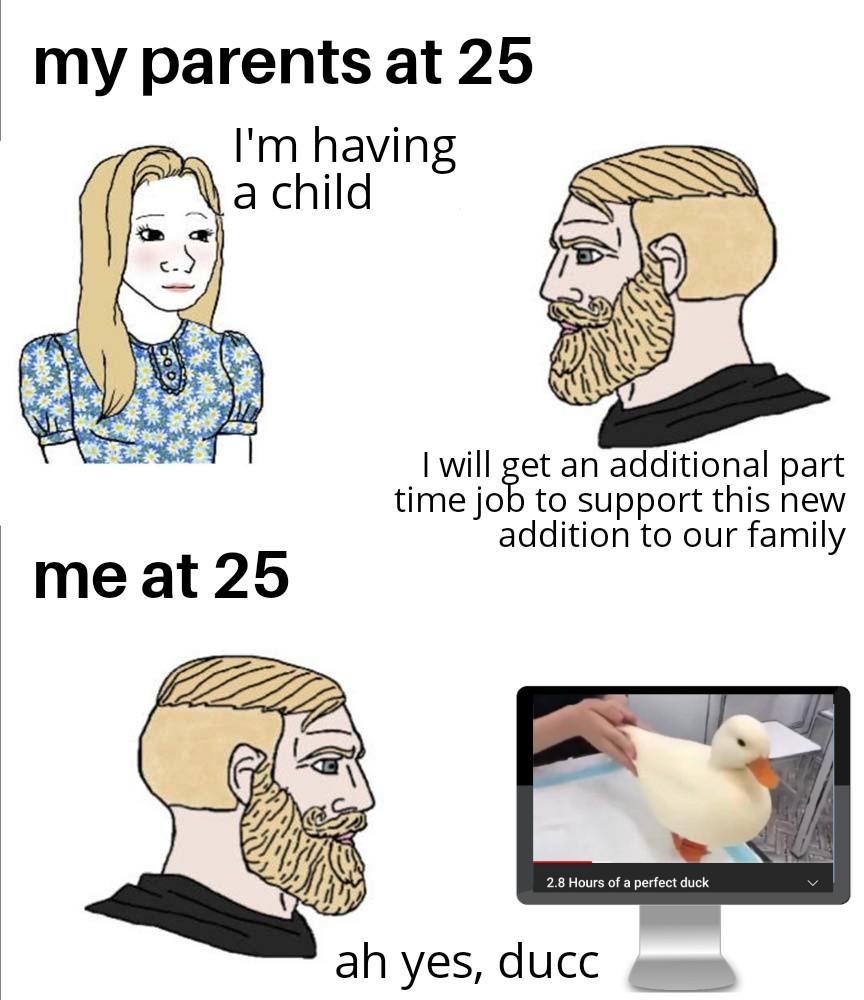 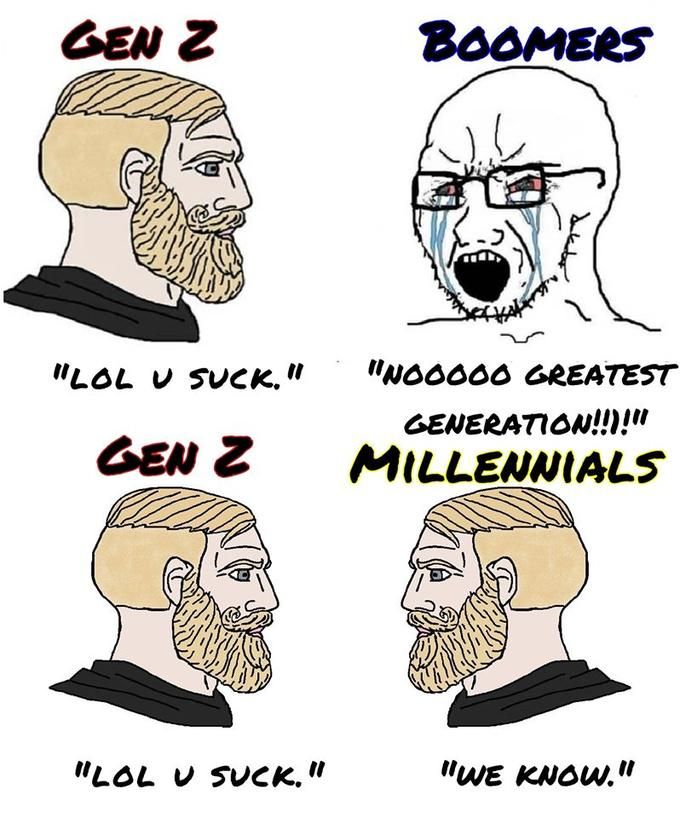 We can consider the Yes Chad aspirational not for his physical features but his ability to transcend the online war for status. Like the true embodiment of the so-called “sigma male,” he thrives outside the social hierarchy that entraps the rest of us. The monosyllabic catchphrase itself proves his peace of mind: He assents, he agrees, he approves. If we had an ounce of his strength, maybe we wouldn’t have all the meltdowns and flame wars that have come to define the internet. It doesn’t take a beard or Nordic genes to achieve this equilibrium — only a stoic heart.