Sure, it’s hot to be told what to do, but JOI isn’t just getting people off — it’s helping them feel seen in an increasingly impersonal world

As of now, things are certainly trending toward the latter, and it all has to do with the origins and versatility of JOI. In its early days — which seem to have been in the 2010s — it wasn’t nearly as popular or diverse as it is today. In fact, according to Geoffrey Celen, a porn expert and founder of porn-ranking site ThePornDude.com, it was fetish content closely associated with female domination, and you could only find it in select circles of smut. “It’s hard to pinpoint exactly when I first encountered JOI,” he says. “But the first [JOI video] I ran into likely involved a stern mistress demanding you whip out that little worm, you little worm.”

At the time, Celen says that “homebrew clip shops where dominatrixes dabbled in various femdom-oriented fetishes like cuckolding, feminization and small-penis humiliation” formed the backbone of JOI. “I could see the JOI format growing out of that,” he continues. “Viewers were planning on cranking one out anyway, so maybe it was just a natural evolution to start adding verbal instructions, especially when the videos were aimed at obedient, submissive men to begin with.”

The increased interest in sweeter JOI is also likely related to social factors like the pandemic and the crush of climate doom, both which have made people desire attentiveness and warmth in a whole new way. The explosive popularity of OnlyFans during the early days of the pandemic is the perfect example. As people adjusted to being sequestered indoors — oftentimes alone — the intimate, intensely personal nature of OnlyFans became particularly attractive. You could message with performers, request custom content and glimpse into their day-to-day lives in a way the tube sites have never allowed for. You could even ask them to tell you how to masturbate, an artificial intimacy that, while being far from the “real thing,” at least approximated it. After all, it’s nice having someone look at you and care about your orgasm, even if they’re just a person behind your computer screen.

But global anxiety is nothing new, and JOI’s audience has been heading this way for the past few years. “Is there a [subreddit] for wholesome/encouraging JOI for depressed people?” one redditor asked in 2019. And a year earlier, redditors were grateful to a performer who made a JOI video followed by uplifting “aftercare,” like a sweet instruction to do something today that you would thank yourself for tomorrow. “Who needs therapy when they have you?” one comment read, referring to the person who posted the video. “You surely helped thousands of people. Love you. Keep doing this.”

Another notable change in modern JOI is the increased market for trans and gender-neutral JOI. Yet, according to Erica Cherry, a trans adult film actress who’s been making JOI for the last few years, broadening the scope of JOI could get complicated. This is mostly because, as you might be aware, cisgender men really like porn. “It’s easy to rely on the penis in a JOI video [for both performers and viewers],” Cherry writes over DM. “What else are you gonna be jerking off in a jerk-off instruction video? Plus, the (usually male) viewers do want to get off in the end, and that’s going to necessitate some penis play.”

But an emphasis on penises can also sometimes bring an advantage to trans female performers. “I can show [viewers] exactly what I want them to do,” she says. “‘Now do it like I’m doing it,’ is something I lean into a lot. However, it’s true that we could all ultimately be more creative in our work and ultimately make an even better experience including more of the body.”

Dee agrees, telling me that although her “viewers are mostly men, there is increasingly a female audience for JOI.” Because of this, she tries to make some of her JOIs either body-neutral (by avoiding gendered language and including instructions for both penises and vaginas), or specifically focused on women and people with vaginas.

Dee feels similarly, and even hopes for more futuristic JOI as the genre develops. “I’m really excited to see what people do with VR and teledildonics,” she tells me. “Teledildonics is the field of computer-controlled sex toys. With all the different possibilities and technological integrations, it’s a really fun and interesting time to be making JOI.”

We’re living in a particularly lonely point in history, where rent and anxiety are high, screens divide us all and huge, world-changing events leave us feeling especially powerless. JOI appears to be a sexy answer to that stress, offering you a moment of submission and connection with a person of your choosing. So as long as anxious people need a release, JOI will be around, instructing you to take life (and yourself) by the balls, one step at a time.

Ashley Bardhan is a writer in New York who covers entertainment, food, sex and other things that people like. 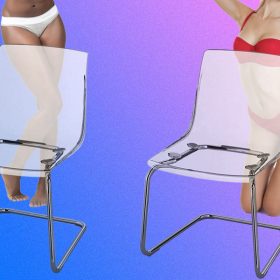