With two key laws popping up in Utah and Wyoming, we just got our first look at the next chapter of the war on sex work and free speech

(UPDATE: An earlier version of this story identified Fight the New Drug as a “religious anti-porn organization.” FTND denies any formal affiliation with the Mormon Church or any other religious organizations.)

Earlier this month, the Utah House of Representatives passed HB 72, a measure that’ll require all new smartphones and tablets purchased in the state after 2022 to be sold with default anti-porn filters turned on. Sponsored by Republican Representative Susan Pulsipher (a realtor with no technology experience) and state Senator Wayne A. Harper (a long-time anti-porn crusader), the measure would hold manufacturers like Apple or Google civilly liable with a $10 penalty per device if they don’t comply. In this case, “compliant” manufacturers would have to make and ship specially programmed devices to Utah, despite the fact that the filters can easily be deactivated with a passcode.

Opponents of the bill quickly pointed out that mandatory anti-porn filters are both unconstitutional and unenforceable, but that’s not its most suspect part. A small, last-minute stipulation tucked in at the end of the bill states that none of this will go into effect until at least five other states pass similar measures. Put another way, Utah wants a no-porn blitz.

This is no mistake. Passing anti-porn and sex work bills in groups is part of a special conservative strategy once known as Project Blitz, a long-running “legislative assault” by right-wing Christian legislators and their affiliates to “reshape America” into the spitting image of modern puritanism. Chief on Project Blitz’s agenda — which they laid out in a 148-page 2018 “playbook” — was enabling religious-based discrimination against LGBTQ+ people, promoting the Bible in public schools and plastering the words “In God We Trust” across license plates and government buildings. But they’re also expressly concerned with destroying all forms of porn, sex work and premarital sex. In their playbook, they claim that states would “benefit” from public policy that limits sexual intercourse to “only between a married, heterosexual couple,” and erroneously associate any other type of interpersonal gyrating with an undefined, yet “enormously expensive disease.”

Project Blitz started in 2016, but three years later, it rebranded itself as “Freedom for All” and toned down its overt religiosity, so it’s difficult to know whether they’re still working off the same agenda. What is clear, however, is that lots of lawmakers shared their aspirationally frigid vision of sex. As of 2019, the Congressional Caucus Prayer Foundation, a Blitz affiliate, boasted a network of 950 state legislators across 38 states who worked to bring at least 75 pieces of Blitz-flavored legislation forward between 2017 and 2018 alone, and members from other Christian right groups like WallBuilders, ProFamily Legislative Network and the National Legal Foundation have signed on as well. It’s likely that many more bills and members have materialized since their rebrand, many of which are tracked by the campaign monitoring site Blitz Watch (though it doesn’t appear to track sex or porn-related legislation).

HB 72 could be one of them. A handful of other anti-porn policies introduced over the past few years could be, too. Last year, Utah approved a measure requiring warning labels on pornographic content, and Iowa recently tried — and failed — to enact a $5 adult entertainment tax for the purposes of funding “anti-trafficking efforts.” Legislatures in between 15 and 19 states have also declared porn a “public health crisis” with little to no medical backing, and city council officials in Casper, Wyoming recently invented an entirely new kind of illegal sex work called “performance prostitution” in order to outlaw strip clubs within city limits.

Still, he wouldn’t underestimate them. “What we saw after all these ‘public health crisis’ bills was this realization among lawmakers that suddenly they needed to ‘do something about it,’” he tells me. “With coordinated efforts like Blitz, the goal isn’t so much to make big, sweeping changes but to change the conversation incrementally so that bigger, more impactful changes can be made later on. The goal is to get these things on the record, as if they’re established fact, as opposed to religious dogma.”

It’s difficult to trace the origins of bills and ordinances like these, but according to adult industry journalist and XBIZ News Editor Gustavo Turner, the largest and most influential engine behind them is the abolitionist anti-porn organization National Coalition on Sexual Exploitation (NCOSE). Formerly known as Morality in Media — a heavily derided Catholic-led organization that made a name for itself in the 1960s by shutting down bookstores that carried novels it considered “obscene” — it rebranded itself in 2015 with a more pleasant, secular-sounding acronym to appeal to journalists who shied away from its aggressive stance against sex education, toys, shops, and of course, sex work. 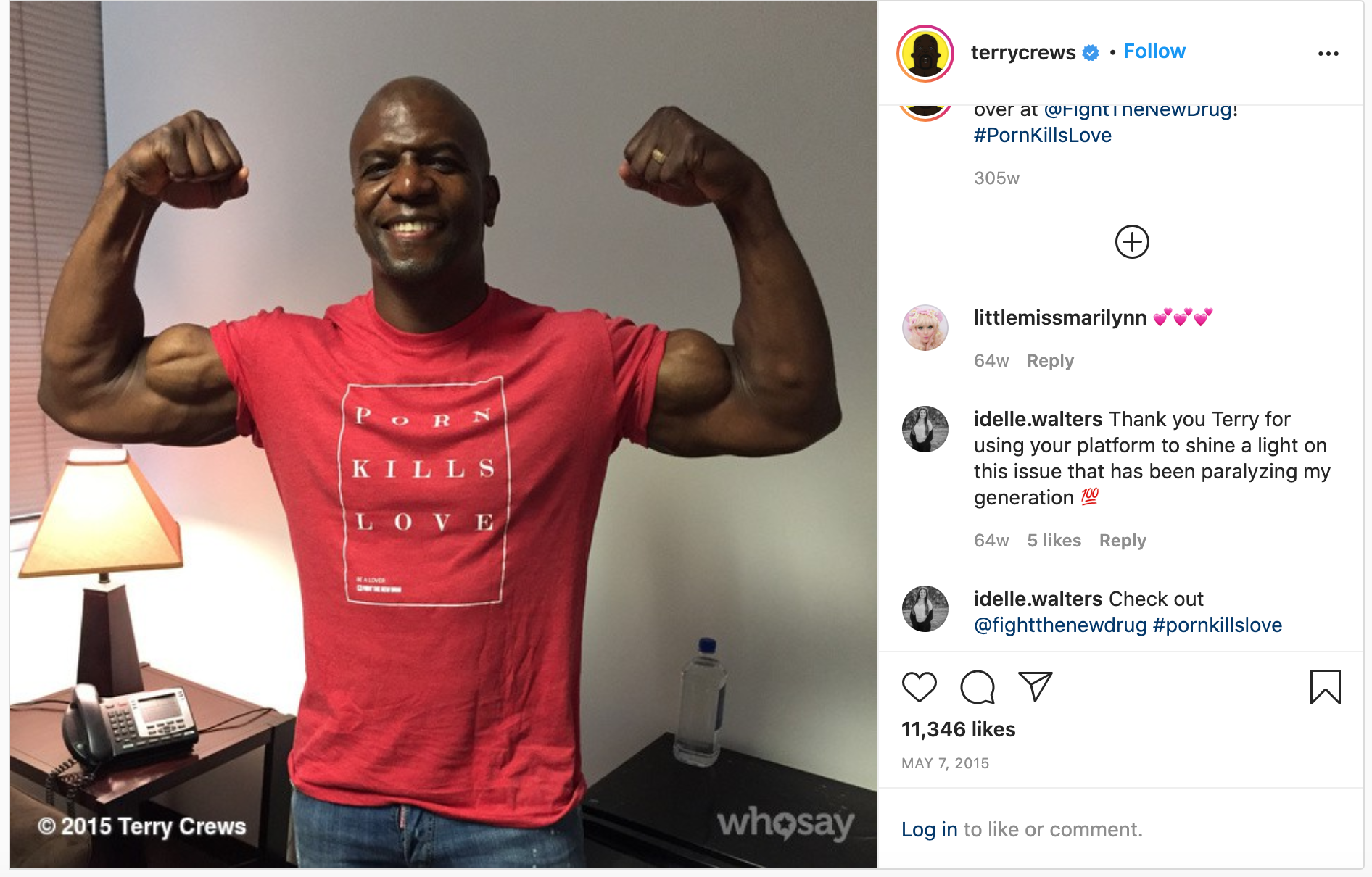 Not only does this suffocate sex workers’ ability to profit from their labor, it cuts off their connection to the safety networks they need to stay safe. “They’re taking away the ways that we stay sane and help each other,” Syre continues. “That’s what they want, to put us in grave peril so we get back in the kitchen where we belong and accept a subservient role in society. I mean, that’s what this is really about — sex work has given women the option of financial independence and a way out of minimum wage labor. It goes directly against the Christian idea of a woman’s ‘role.’ That’s how they think they’re ‘saving’ us — by putting us back to work cleaning toilets.”

Regular old taxpayers are also affected. “These lawmakers know these bills are unconstitutional, and that companies will challenge them in court,” says Syre. “This means spending millions of tax dollars defending bills they know won’t fly.”

Perhaps unsurprisingly, that’s just another page from the Project Blitz playbook. “It’s kind of like whack-a-mole for the other side,” David Barton, founder of the Christian-right organization WallBuilders and one of four members of Project Blitz’s steering team, told state legislators in a 2018 call that was made public. “It’ll drive ‘em crazy that they’ll have to divide their resources out in opposing this.”

What we’re left with, then, is a bunch of bills that do nothing to help victims or advance a “moral” cause. All they really do is help the Christian right paint themselves as righteous underdogs fighting some mythical, progressive Goliath to get “family values” on the books; a convenient smokescreen to detract attention away from more severe, far-reaching legislation like SISEA, EARN IT or amendments to Section 230.

So far, few lawmakers have come out in opposition to any anti-porn bills, regardless of their scope, and there are only a handful of smaller organizations like the FSC that track and actively resist them. Plus, as Stabile explains, it’s often difficult to go after smaller, more local bills like HB 72 because they’re so “blatantly unconstitutional” and “difficult to enforce” that they’re not worth throwing resources at. “In the case of HB 72, we already know that tech companies are going to tie this bill up in court,” he says. “It’s better to focus our efforts on legislation that directly harms sex workers or will harm them in the future.”

That said, the FSC has taken a number of measures to address the recent spate of anti-porn legislation. They organized a special legislative committee made up of First Amendment attorneys and porn professionals to analyze how these bills might affect the industry, and have started reaching out to legislators and lobbyists to educate them and discuss what steps to take. Most importantly, though, they’ve been helping coordinate conversations between legislators and sex workers — like Alana Evans of the Adult Performance Artist’s Guild and Mary Moody of Adult Industry Laborers and Artists — so they can see how the bills actually affect the people they pertain to.

“This is how we’ve done it in the past, primarily at the state level in California, when we’ve been faced with these bills,” Stabile says. “The most effective way of challenging such legislation is to get sex workers more directly involved, and for legislators to understand that these are real people who are small business owners, and that the legislation they’re putting forward not only is ineffective, but harms the very people that it’s seeking to protect.”