Holy shit, reading this Miles Klee piece on 4Chan “doomer,” “zoomer” and “boomer” memes is like watching online extremism gestate in some sort of unholy chrysalis, on its way to springing forth fully formed to ruin our day.

And yet… dammit if these chodes aren’t just a little bit creative? Forget the messaging, which is terrible — 4Chan is basically the far-right’s Los Alamos National Laboratory for content creation. It’s like if they hadn’t willingly swallowed a handful of red pills, they might be successful thinkers and artists or something.

“Inside the Impossibly Complicated World of Female Sex Addiction”
Sex addiction has historically been seen as a man’s game and an excuse for their bad behavior — think Tiger Woods or Harvey Weinstein — but new research has found that the gender disparity between men and women who identify as sex addicts is far smaller than previously thought. Isabelle Kohn details the challenges female sex addicts face in trying to determine whether their impulses are a legitimate pathology, or just normal transgressions of the way women are supposed to act. READ MORE

If You Build It, Will They Come?

Compared to women, men are far more likely to avoid going to the physician, skip annual screenings and live with more years of bad health. So how do you get a doctor-averse guy to get checked out? Appeal to his inner dude-ness. That’s the thinking behind Man Cave Health, a newly opened doctor’s office in Midtown Manhattan decked out in big screens, sports memorabilia and an endless amount of coffee. Unfortunately, though, not everyone is onboard with the idea that pandering to hyper-masculinity is the best way to get men to take action.

For the last year or so, users on 4Chan have been constructing new generational archetypes based on the “boomer” meme — now widely applied across the mainstream internet to mock out-of-touch, politically regressive, web-illiterate old folks (or younger people with that same energy). These new labels, including “doomer,” “gloomer,” “zoomer” and “bloomer,” are meant to capture a spectrum of mindsets and corresponding life paths that the channers use as a map to the future of society. Spoiler alert: They’re all Trojan horses for 4Chan’s very on-brand form of extremism. 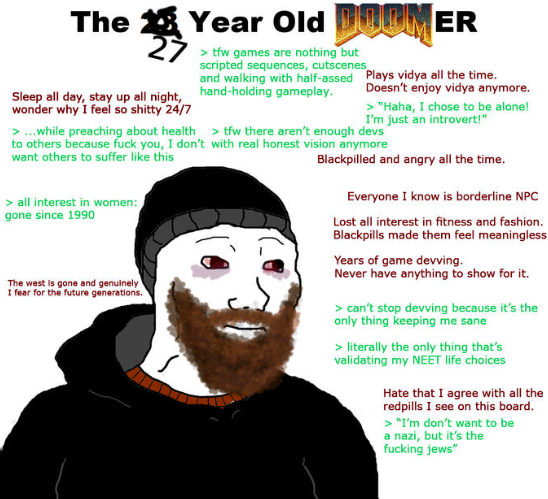 Once upon a time, fitness influencers, i.e., tanned and ripped bodybuilding types hawking protein powder or diet pills, were safely relegated to the back pages of muscle mags. But social media has turned that notion on its head, and now anyone with a six-pack and an Instagram account can build a following, attract advertisers and push a product. And so, these days fitness influence is about trying to sell you something, not actual expertise. But buyer beware, because the pills and powders this new breed of influencer is pushing is shady af.

Have you ever been shamed for putting frozen fruits and veggies in your morning power shake, as if not using the fresh stuff means you’re basically a cheap poseur disinterested in real Clean Living™? Yeah, screw those people. Because frozen produce doesn’t just save you money, it’s healthier for you, too.

How bad is “binging” on thousands of calories of food in one sitting when you’re generally a healthy eater? That depends — on your caloric needs, on your appetite and on your attitude. Meaning, if you feel unwell afterwards — physically or emotionally — that’s a good sign you’ve done a bad thing. And to make matters worse, while you might be able to “burn off” the gallon of ice cream you just ate, you can’t burn off the long-term damage even a single binge-session can cause.

Easy on the compliments there, chief. You might think you’re building someone up, but if you’re dealing with someone struggling with depression, you might just be making them feel worse about themselves. Here’s what to say instead.

“The Bobbie” goes by many names, but it’s basically a roll with juicy oven-baked turkey, some well-seasoned stuffing, cranberry sauce and mayo. It’s Thanksgiving dinner on a loaf of bread.

It’s also a taste of home for forward-deployed Marines like Matthew “The Warax” Moores, who would order a Bobbie from Capriotti’s sub shop every time he was on leave from Afghanistan. In a conversation with Eddie Kim, Moores explains what it is about this iconic sandwich that warms his soul, why you never want to order one with gravy and how no matter what a Marine eats, they devour it at lightening speed.