For years, the manosphere has struggled to achieve a balance between exposure and stability. In order to spread a message — whether it’s basic Red Pill talking points, “Men Going Their Own Way” gospel or extremist incel ideology — disaffected men need a platform of significant reach and accessibility. Insular boards like 4chan have a high barrier to entry for newcomers, while small independent forums are hard to discover in the first place (and function at the mercy of a few moderators). The quick solution is to leverage existing social media: Start a group on Reddit, where your manosphere discourse can filter into a broader ecosystem of engagement.

But growth leads to scrutiny. You can’t recruit and spread your philosophy without potential enemies noticing a trend. In recent years, the subreddits r/Incels, r/Braincels and r/MGTOW (along with the replacement subreddit r/MGTOW2) have all been banned for violating Reddit policies against inciting violence. The bans against “Men Going Their Own Way” groups came in August 2021, months after a team of computer scientists released a study on how men are migrating from these subcultures into increasingly toxic and more violent ones.

The year prior, Christopher Hasson, a former U.S. Coast Guard lieutenant and neo-Nazi, had been sentenced to 13 years in prison over a plot to assassinate prominent Democrats and media figures. He’d frequented r/MGTOW, as the FBI noted in a memo on the case, citing his keen interest in “gender-based extremist content that promoted discrimination of women or hatred towards women on a daily basis.” And days after the MGTOW forums were deleted, 22-year-old Jake Davison — who had been active in the related manosphere subreddits r/inceltear and r/MensRights — killed five people and then himself in a mass shooting in Plymouth, U.K.

Currently, r/TheRedPill endures as a “quarantined” or semi-hidden forum, while r/MensRights has avoided penalties through strict rules. But the groups that couldn’t rein in their misogynist hate speech had to find new channels — and the MGTOWs now have a robust presence on Instagram.

In addition to more than 50 Instagram accounts advertising the MGTOW brand, such as @mgtow_central, @mgtow_club and @mgtowreddit (that last one an explicit carryover from the now-banned subreddits), the #mgtow hashtag brings up nearly a quarter of a million posts on the app at the time of publishing this article, including amateur diagrams and sexist memes. While MGTOW philosophy does turn up sporadically on more generalized Red Pill accounts, you can spot dedicated pages by the logo of a traffic sign indicating an offramp.

“Men Going Their Own Way” never actually do. Although their stated agenda is to avoid or remove themselves from feminine influences, as a rule they cannot help returning over and over to their stereotype of women as greedy, lazy, unskilled, whorish, henpecking, manipulative parasites bent on bleeding men dry. Indeed, this concept has spawned a reductive catchphrase: “AWALT,” which stands for “All Women Are Like That.”

MGTOWs do try to encourage personal self-improvement, usually through exercise or the entrepreneurial mindset, but if anything, this aspect is flimsy cover for bashing the opposite sex. The thousands of Instagram users following such accounts aren’t looking for tips on how to live more fulfilling lives — they’re scrolling for further confirmation that “feminism,” by which they really just mean women’s autonomy, is to blame for society’s ills, first and foremost the difficulties of dating and marriage. Occasionally, there’s a pseudoscientific justification for this belief. More frequently, MGTOWs indulge a brutish side, mocking single mothers and women they deem unattractive.

Earlier this year, Instagram announced that it was continuing to work on the problem of abuse, noting a relatively new ban on “more implicit forms of hate speech, like content depicting Blackface and common anti-Semitic tropes.” Its parent company, Meta (formerly Facebook), defines hate speech as “a direct attack against people” — on the basis of gender, among other protected characteristics — and an “attack” as “violent or dehumanizing speech, harmful stereotypes, statements of inferiority, expressions of contempt, disgust or dismissal, cursing and calls for exclusion or segregation.”

Every Instagram MGTOW page would appear to be in violation of these policies, as they all disseminate material that directs hatred against women as a category, often by recycling a handful of sexist clichés, but it’s unclear whether Instagram has ever deleted a harmful MGTOW post or suspended one of these accounts. And while there should obviously be room to discuss one’s romantic frustrations or intent to remain single, the malicious style of rhetoric here inevitably leads to further extremes. The user @mgtowisfreedom has stated that “Women know they are worthless” and encouraged followers to “Fuck her like an object.” He’s also shared a racist screed that declares Iranian women the “most disloyal, self-centered women in the world.”

A Brazilian nationalist who goes by @mgtownacionalista shares — alongside his misogynist stuff — outright fascist and anti-Semitic memes. Only a week ago, he posted a video packed with Nazi imagery with a slew of manosphere hashtags such as #mgtowisthefuture and #mgtowredpill. Under the tags #mgtow101 and #redpill, you can find a guy walking right up to the line of advocating violence, remarking of a (fake) headlines about a man killing a woman, “Do i understand why he did what he did… yes.”

Jokes and fantasies centered on physical abuse are common throughout the MGTOW side of Instagram. (Representatives from Instagram didn’t respond to my request for comment by press time.)

Why these accounts should operate with freedom while Instagram censors everyone from breweries promoting their beer to a well-known actress uploading shots from her new TV show is rather inexplicable. It’s suggestive, though, of a bigger problem in moderation across a number of major web platforms: The corporate response to misuse of the product, or to potentially dangerous or radicalizing content, is always woefully scattershot, and tends to underestimate the links between a seemingly benign phenomenon like “Men Going Their Own Way” and movements that do real-world harm — in this instance, the cause of male supremacy, which describes women as fundamentally inferior to men and poses a rising threat in domestic terrorism.

Until someone takes notice of this connection, and recognizes MGTOW culture as the gateway to a range of destructive beliefs — as Reddit already has — embittered men will continue to enjoy the tacit support of Instagram as they build social networks by demonizing women. Big Tech can’t stamp out hatred, but they can deny its preachers the tools to nurture and amplify it. According to their own statements, that’s not just an option, but a crucial responsibility. Would be nice if we saw them act that way. 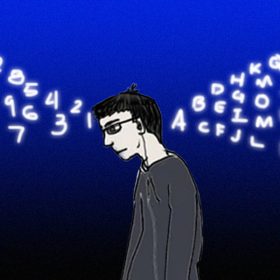