A wintertime jog with a sock on your hog? There might be better ways to fend off a frigid penis

For the uninitiated, running in cold weather is basically a double whammy on the ol’ twig and berries. Not only does your body redirect all your nice, hot blood away from the genitals to your joints and muscles, but it’s also cold as shit outside.

As such, during the winter months in Chicago, instead of bathing in accomplishment after a run, I’m grimacing and stuffing my hand down my shorts, desperate to bring life back to my tiny frozen dick. Lucky for you, though, I care about the temperature of your penis as well as mine, which is why I tried the internet’s hottest tips for keeping your tip warm on cold runs.

Here’s what I found…

The most commonly recommended heating accessory is also the simplest — a sock. It’s a no-duh suggestion; adding a layer of cloth around the penis obviously retains its warmth (you know, the same reason we put socks on our feet). 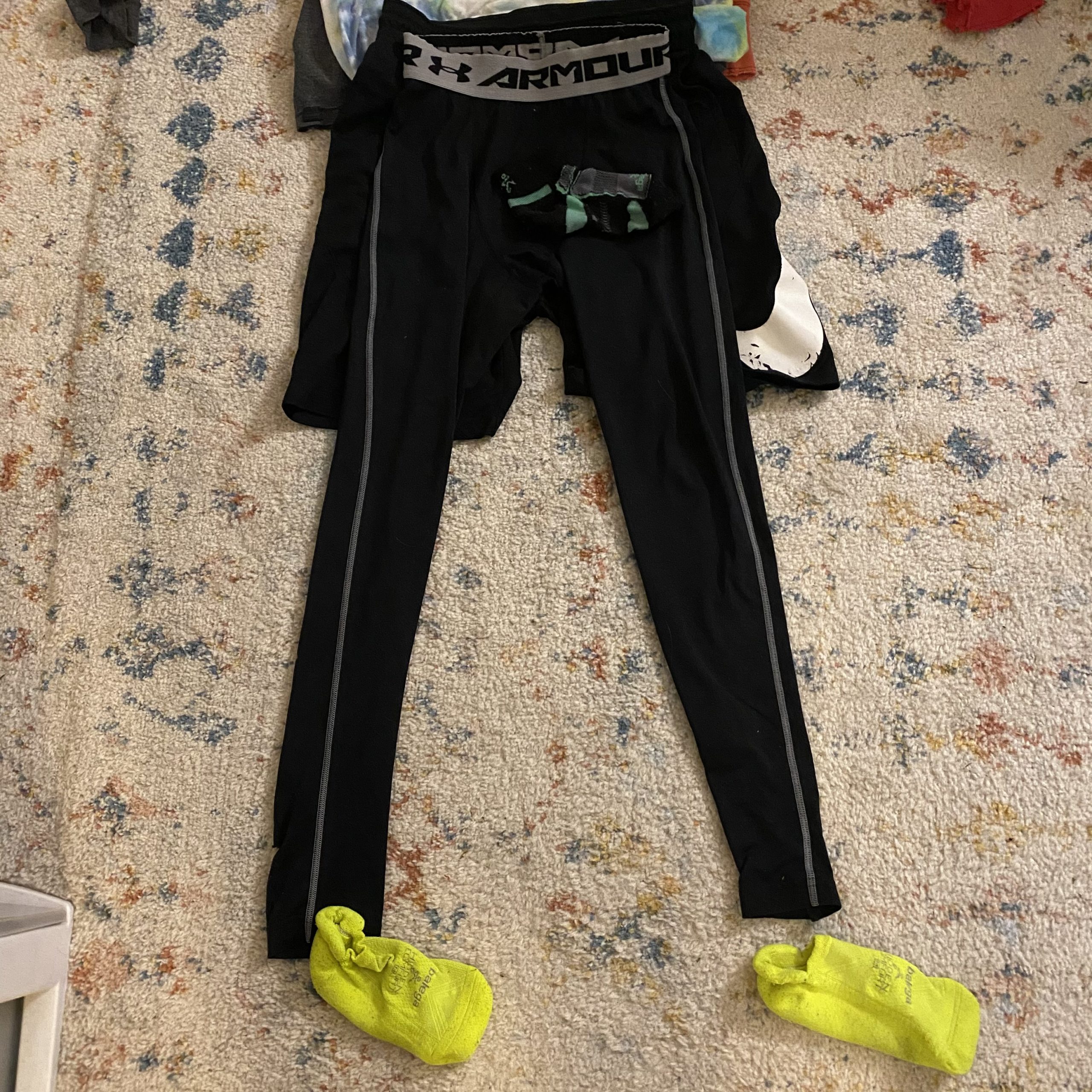 The problem? Within 10 steps, the stupid thing fell off and was immediately making its way down my leggings. Perhaps this is why purported solutions to this dilemma, such as the “Thermajock” and “Knit Willy Warmers,” are often found among frozen dick advice threads. But the former is no longer in business, and the latter is a little too silly for my taste. 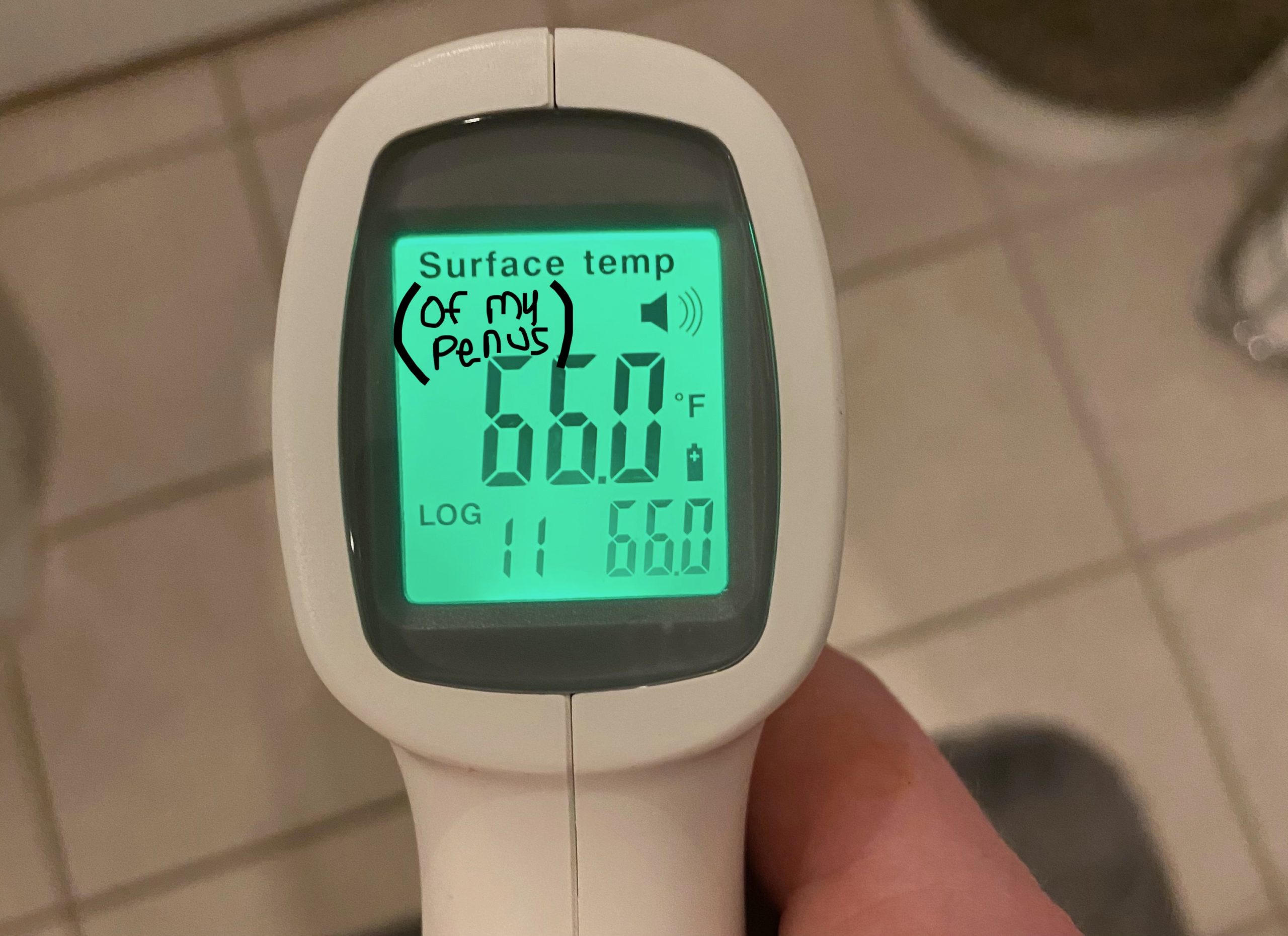 Admittedly, the sock did prove to be a pretty good mitten for my hand during my run, but again, it did nothing to prevent my dickhead from shriveling up and praying for death. Thus, scoring from 0 to 10 on a Penis Warmth Retention (or PWR) scale, I give the penis sock a zero.

The second-most frequent solution offered to runners with cold penises is to add layers to the penile region (again, no duh). This time, though, the layers involve compression shorts or leggings as opposed to an old sock. 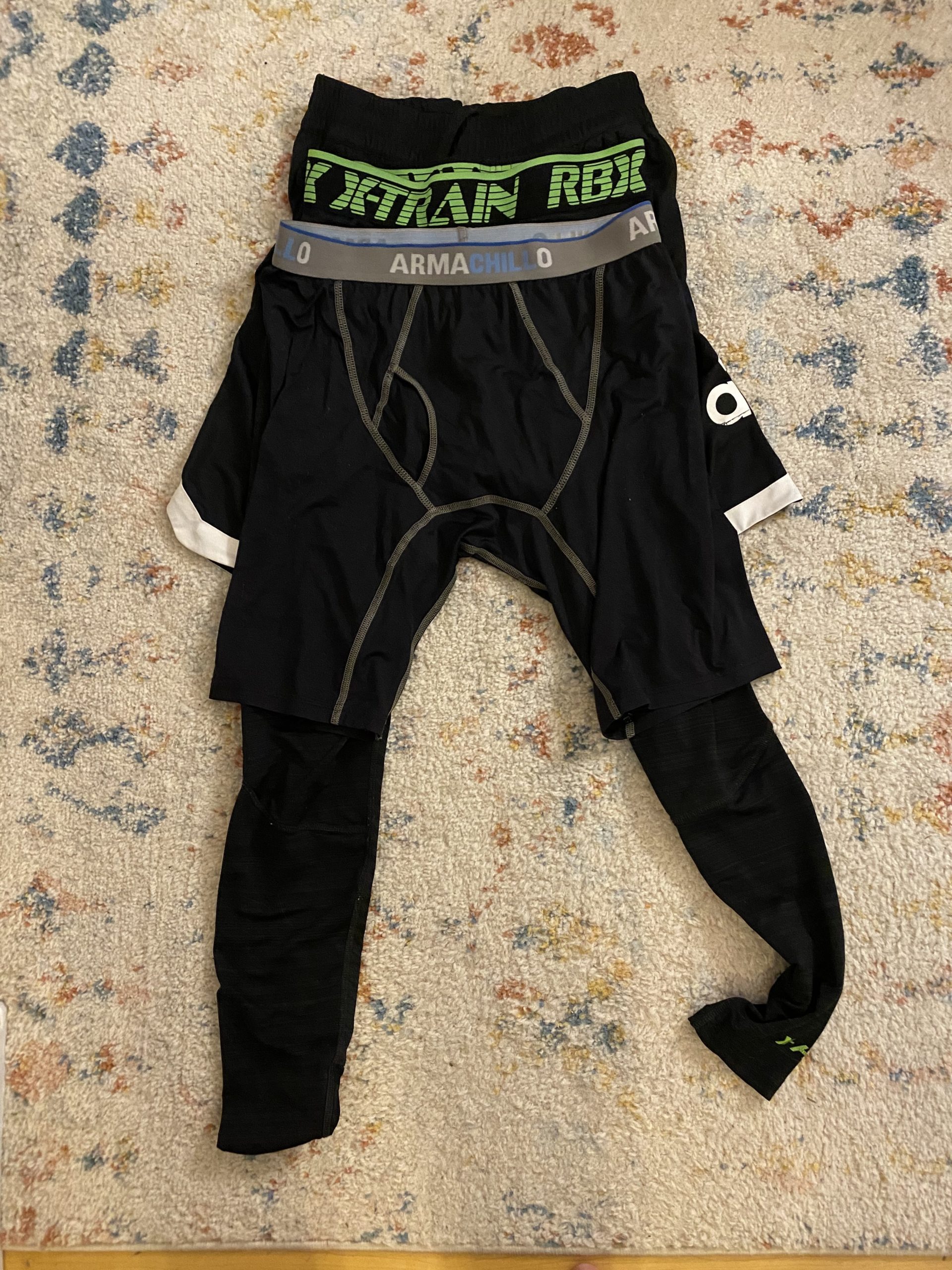 The issue here? Running in multiple pairs of compression shorts, leggings and shorts made me feel like I was 7 years old again, laboring up the toboggan hill in my onesie snowsuit. The extra layers certainly added some level of insulation, but for me, the lack of mobility and comfort make this an undesirable option.

It’s the wind that makes your dick cold, proponents of the windproof leggings and/or shorts approach argue, so in their mind at least, blocking such a breeze is the best way to maintain a warm dick on a cold run. The good news: I have a pair of wind-resistant, thermal Nike running tights that heed the call. And while I don’t own a pair of wind-screening shorts, my wife does.

Unlike the sock fiasco, adding two layers of windproof protection shielding my dick from the elements was life-changing. Of course, the sun actually being out during this run likely helped, but I’ve been on similar runs before when the sun’s radiation falls perilously short in thawing my winter penis.

For what it’s worth, I couldn’t shake the idea that moisture may be a factor here as well. And so, I loaded up on talc and went out for a quick jaunt around the block. The lack of moisture helped, I think, but it was hard to tell given the cooling effect of the spray I used and the fact that everything is cold all the time here in February in Chicago. Let’s just say that it didn’t hurt.

As much as it sucks having to buy new gear, I have to say that wind-resistant gonad coverage (maybe with talc?) is your best bet for maintaining an acceptable PWR during a cold run. For the sake of scientific rigor, I should at least mention two other recommendations that tend to pop up on Reddit in response to this question — “run with a boner” and “regrow your foreskin.”

But given how painful and impossible (?) those options seem, I’ll stick with the windbreakers.