Stoner Women Can Smoke Your Man Lungs Under the Table, Brah

Ladies are quicker to develop a tolerance to weed — science fact!

In an eternal puff, puff, pass circle, female stoners will consistently be the last ones standing, according to very important research. Animal experiments demonstrate that female rats, while initially more vulnerable to the effects of weed, including anxiety and nausea, develop a tolerance much faster than males. That means, in the long haul, ladies require more herb to get equally high.

The explanation for this disparity remains cloudy, but scientists have some theories. “We think we know why female rats are initially more sensitive to THC than their male counterparts, and this explanation likely applies to humans as well,” says Rebecca Craft, lead researcher behind multiple drug-related animal experiments. “Females metabolize THC a little differently than males. Specifically, compared to males, females convert more THC to its major active metabolite, 11-OH-THC. ‘Active metabolite’ means that 11-OH-THC produces all the same effects that THC itself does — when people have been given 11-OH-THC, they can’t distinguish it from THC. So, females make more 11-OH-THC than males do, and this can increase and prolong the THC’s effects in females.”

Then, after that early bout of excess sensitivity to weed, women become especially tolerant and can smoke, like, 10 more joints than their male counterparts before collapsing into a Dorito-crazed haze. “Because females make more of this active metabolite, if they’re exposed to THC repeatedly, the receptors to which THC and 11-OH-THC bind — the cannabinoid ‘CB1’ receptors — will compensate more,” Craft explains. “This compensation — neuroscientists call it receptor ‘down-regulation’ and ‘desensitization’ — means that there are fewer CB1 receptors to which THC can bind to over time, and this is one of the reasons why females become more tolerant to THC than males do.”

While compelling, because these implications come primarily from animal studies, Craft says we still need more research to know for sure how and why ganja impacts men and women differently. There have been a few human laboratory studies, but “results have been inconsistent,” she explains.

Nevertheless, Craft is confident that her animal research should at least provide a window into how weed impacts men and women. “The reason I think the same principles apply to humans is that women are now known to make more 11-OH-THC than men,” she says. “The sex difference in THC metabolism in humans doesn’t appear to be as dramatic as what we see in rats, but it may be enough to lead to greater initial sensitivity to THC and greater tolerance development in women compared to men.”

So, if your smoke circle is made up of women, maybe bring the bigger bag of weed. 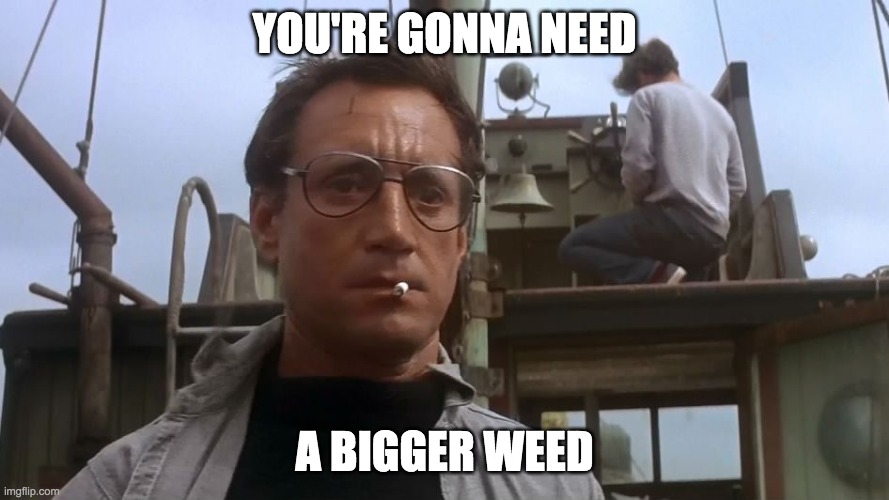