The Man Who’d Sell His Own Testicle, the Uncertain Fate of Tumblr’s Kink Community and Why We Get the Post-Holiday Blues

Personally, I’d never sell my balls — I only have the two, and what if I need them? But after reading about the different ways in which this guy was making money being a human lab rat, I’m thinking maybe I’ve found a more lucrative second job than scraping together minimum wage driving for Uber.

Got a trip you want to take? Join a testosterone replacement trial and score $500 a month. Maxed out your credit cards? Sell your spinal fluid and pay off your creditors with the 6k it will net you.

Now excuse me while I sign up for an Ebola virus experiment that pays five grand.

“The Guy Who Tried to Sell a Testicle for $35k Is as Ballsy as Ever”
Earning a living as a medical guinea pig might sound extreme, but low-key, you can make some serious cash: Spinal taps to the tune of $3,250 a week; diet drugs for $10,000 a month; and straight-up losing a nut for $35,000. This was Mark Parisi’s life for much of the 2000s until his flagging health caught up with him in 2012. And while he never was able to cash out on his testicle, Parisi doesn’t regret spending all that time under the knife. In fact, if he could do it all over again, he would. READ MORE

MEL Editor-in-Chief Josh Schollmeyer recently dropped 60 pounds off his 6-foot-4 frame by quitting carbs, booze and cigarettes, and we all hate him for it — mostly because he makes the rest of look bad. In the first installment of this week’s Body Issue, Schollmeyer writes about how and why he had to give up the vices that were keeping his stress in check, but also why he’ll never really be able to quit eating his feelings.

Walking in a Winter Bummer-Land

Not sure about you, but over the last week or so I’ve been a little down in the dumps, and I wasn’t sure why — until now. It would seem the holidays conspire against us in a variety of ways, and none are particularly good for our physical and mental health.

One time in third-grade P.E. one of my friends was convinced to apply BenGay to his nards on a dare. Needless to say, he was booking it to the water fountain to wash off the topical cream way faster than I had ever seen him run the 50-yard dash. And it got me thinking: What’s in BenGay?

The real important ingredients here — you know, the stuff that would make applying BenGay to your balls a painful experience — are camphor, menthol and methyl salicylate, three “counterirritants” that give BenGay it’s hot/cold pain-relieving properties. Just don’t expect BenGay to actually fix your sore bits — counterirritants really just mask pain, they don’t take it away.

Age Ain’t Nothing But A Number

Rocky Balboa said it best: “Time takes everybody out. It’s undefeated.” And scientists now think that how a person handles that immutable fact determines how they’ll age.

No Port in the NSFW Storm

Since Tumblr’s ban on adult content in early December decimated the platform’s vibrant kink community, thousands of consumers and creators have been scrambling to find a replacement. You might think that process would be easy, given the fact that numerous websites have stepped up to fill the void. But crashing pages, caps on new users and policies that prove hostile to sex work haven’t provided Tumblr’s alienated user base a soft landing.

Ian Lecklitner writes that, if you’re using the internet like he is — aimlessly scrolling through social media, news feeds and YouTube wormholes in the hopes of being entertained — you’re not doing your mental health any favors. That’s because passive use of the internet has been shown time and again to result in feelings of depression, loneliness and low self-esteem. What we really need to be doing instead is using the internet actively — i.e., for a specific reason.

The 10-Foot Basketball Rim Was No Fluke

It’s not like it was on a tree and there was like a branch, because that would be random. If anything, the hoop’s height is driven by architecture and ceiling height, and it just kind of worked out that way.”

Despite what Reddit may have you believe, James Naismith’s decision to set basketball’s rim at 10 feet wasn’t random at all, nor was it some stroke of genius to encourage dunking, according to his great-grandson, Sean Naismith. We’ve all been overthinking a decision that had way more to do with the fact that anything taller simply wouldn’t have fit in gyms at the time. 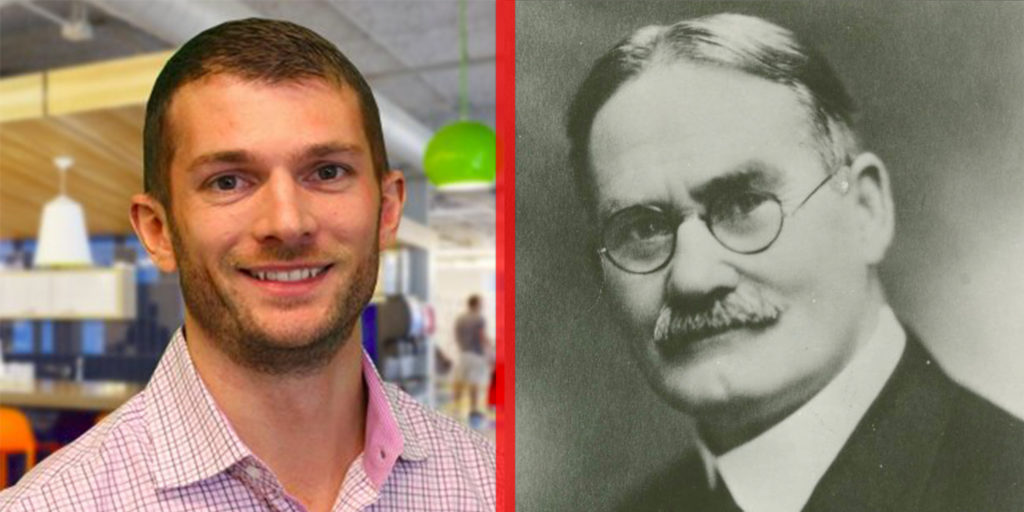 Read what the younger Naismith thinks about adding a 4-point line, what makes basketball different than other sports and the amazing story of the original basketball rule book that lived in his dad’s briefcase before selling for a whopping $4.34 million.