After the Tumblr exodus, the sites promising to be perfect replacements are still working out their, er, kinks

In the wake of this mass exodus, dozens of websites old and new have popped up, attempting to court alienated Tumblr users by promising a safe haven. The reality, however, has looked bleak: crashing pages, caps on new users and policies that actually prove hostile to sex work.

Shortly after the ban, Dreamwidth, a text-centric, LiveJournal-esque platform created in 2009, and Pillowfort, a new social media platform still in beta, were slammed with thousands of former Tumblr users. This traffic increase caused Pillowfort to halt any new users from joining until they could “improve site performance.” 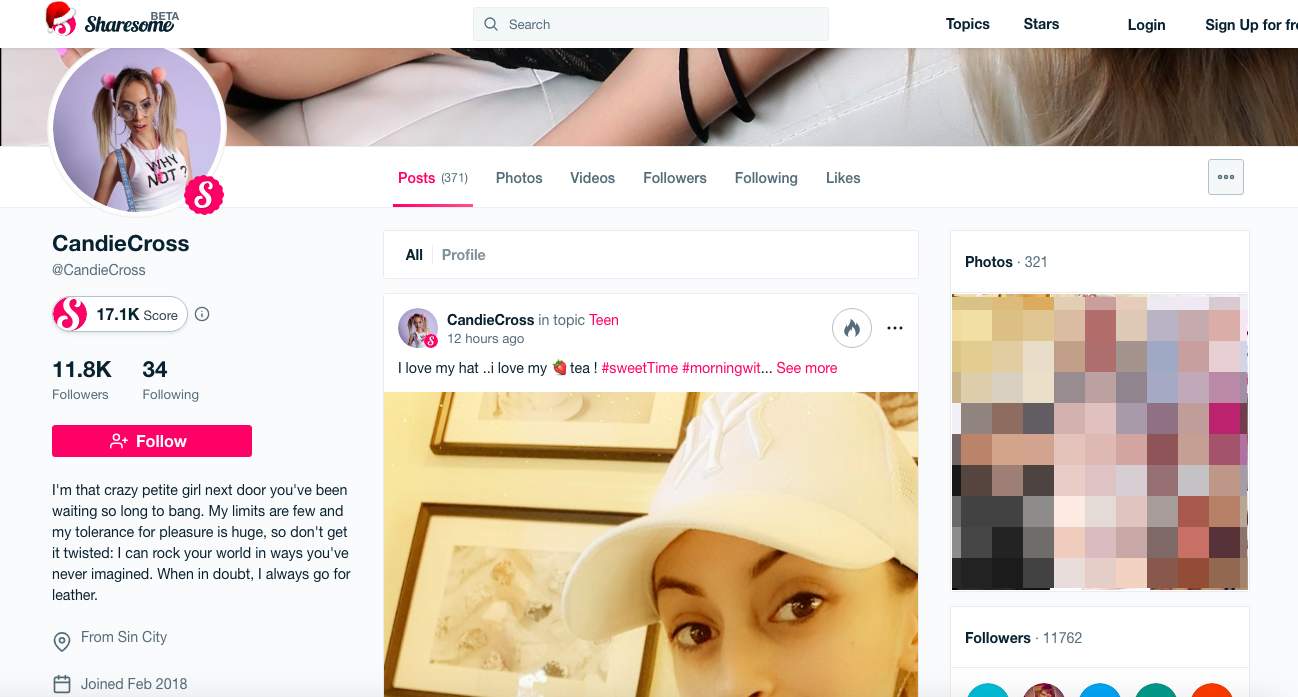 This too has experienced many new users, both from a Flame Token “airdrop” they did in December and from the Tumblr exodus. “We are still onboarding hundreds of thousands of users, so scaling the technology will be an ongoing issue for us from now on,” says Ralf Gonzo Kappe, Sharesome’s founder.

When you’re dealing with explicit content, particularly your own, paying attention to the fine print can be crucial. Former Tumblr users tell me they’ve been dismayed by the terms of service and privacy policies on some Tumblr alternatives.

Those perusing Sharesome’s terms of service (now a 404) found that in order to make an account, you must “have never been convicted of a felony,” are not registered as a sex offender, and, curiously, “are either single or separated from your spouse or domestic partner,” users pointed out. And though it’s a site welcoming content creators, the site’s terms stated that once you post content, you “expressly grant us … a worldwide, assignable, sub-licensable, and transferable right and license to quote, re-post, use, copy, reproduce, modify, create derivative works of … and otherwise exploit such Content in any form or media, anywhere, and without any notice or compensation to you of any kind.”

Kappe apologetically admits their current terms are “far from ideal.” He adds, “We didn’t have a proper discussion with our legal advisers in the beginning about what we want, so they just wrote us terms that give us maximum protection. It’s now time to change that.” Sharesome, he says, “will not ever own [creators’] content, but we need a non-exclusive right to publish the content on our site and make it available for sharing.” 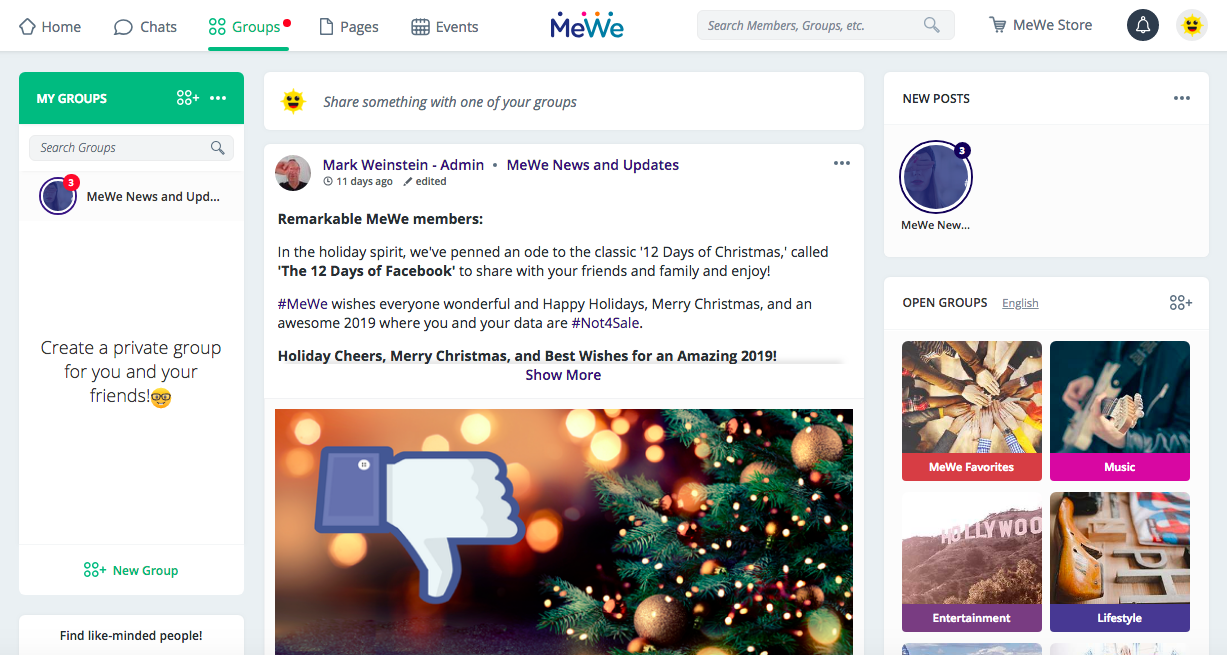 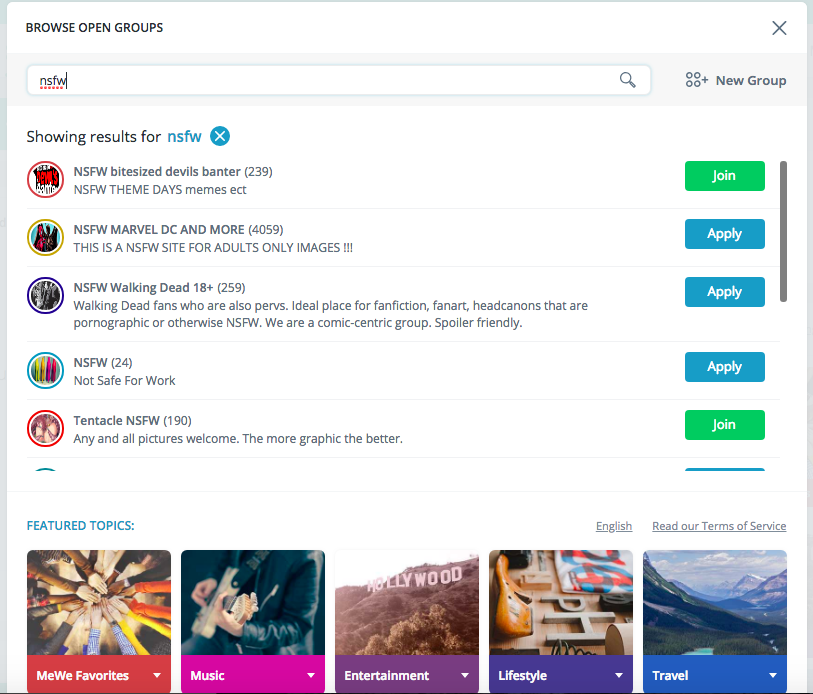 “Frankly, I think it is beyond disgusting,” says Labhandair Prionsa, a trans, disabled sex worker and former Tumblr user. “Those sites want to profit from our work, post our work without credit, but don’t want us on their sites? I can’t think of one good reason for allowing [that].”

Thankfully, not every Tumblr alternative bars sex work entirely. Pillowfort, Mastodon and Dreamwidth currently allow adult content with few limits beyond what is required by law. Sharesome and the soon-to-launch KinkRebel both give adult-content creators a platform to connect with fans and sell their work. 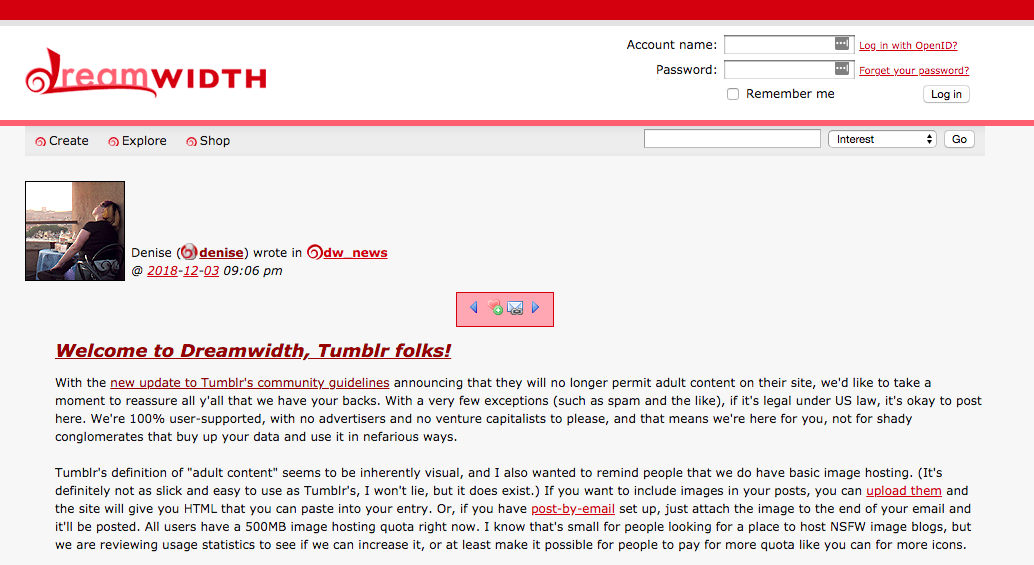 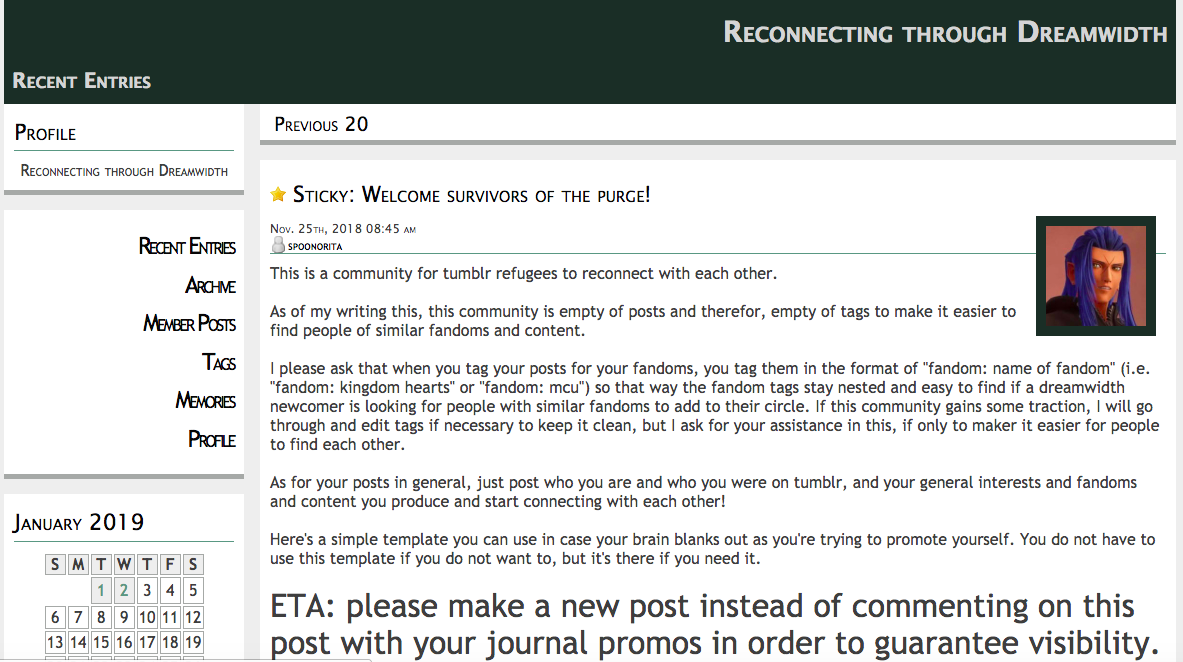 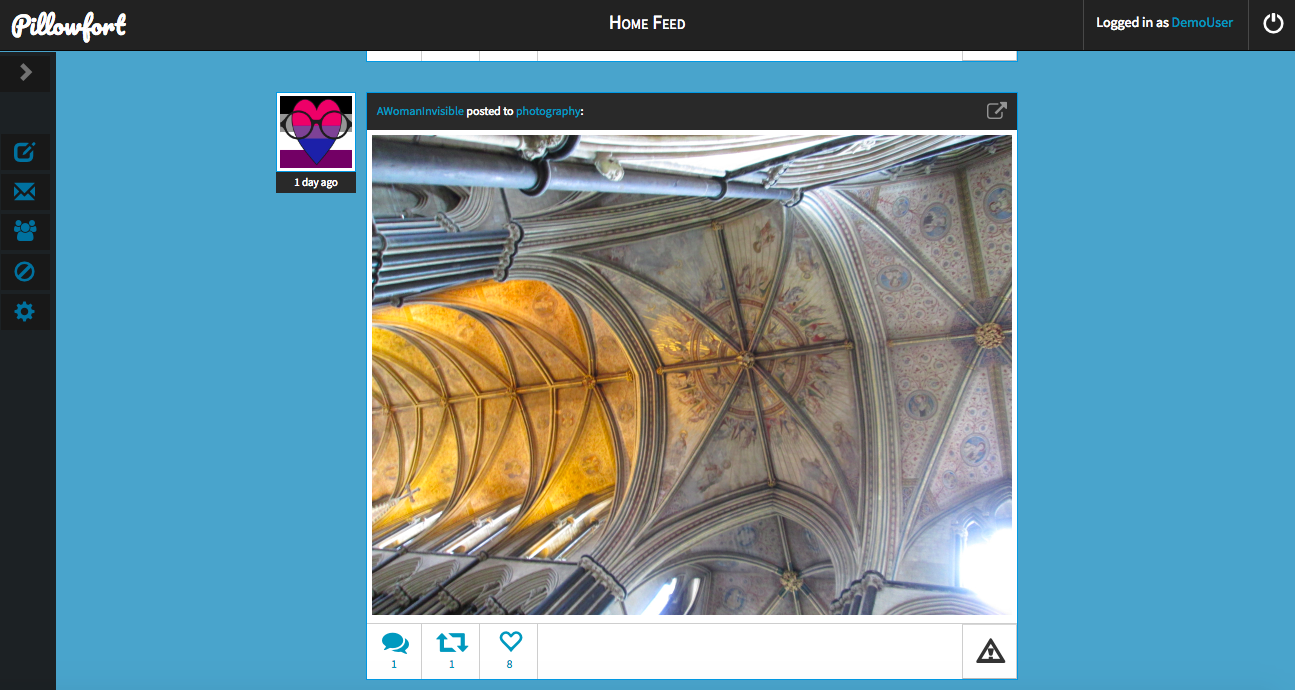 Of course, many of these sites are new and/or still in beta (and even more exist than what I’ve detailed here). It’s possible they’ll work out their issues in time to become the destination Tumblr kinksters are looking for. After all, Tumblr users have been forgiving: The site may have been a haven for many people, but it was also far from perfect — or safe.

Sex worker Melody Orenda says Twitter is “the next best thing” to Tumblr because no one can decide where else to go. She’s found it easier to “block and report and network with people” on Twitter, too.

NSFW creator aumeryrose says she chose Twitter over any of the newer alternatives. It “has been hard to get used to,” she says, but Twitter is the place most of her NSFW community has migrated, and she doesn’t want to lose those connections.

Still, some fear Twitter will follow Tumblr’s lead. “Right now I’m okay to use Twitter, but it’s only a matter of time before they force us off here too, and that’s a day I’m dreading,” says Prionsa, who says he experienced a “horrible learning curve” after being made to leave Tumblr — resulting in a dramatic drop in earnings.