Our Favorite Free Online Games to Play With Friends in Quarantine

From Houseparty to digital board games to nostalgic MMORPGs, this is the most fun you can have in a Zoom hang

Everyone is a gamer in quarantine, and I’m feeling the Nintendo FOMO more than ever. I keep flashing back to the day in 1997 when my brother and I got a Nintendo 64 and (this was the ultimate cool-parent move) were somehow allowed to skip school to play Ocarina of Time until we threw up. This coronavirus shelter-in-place order would’ve been the perfect time to spend hundreds of hours hunting boar in Breath of the Wild or challenging my wife to cartoon duels in Super Smash Bros. Ultimate. Unfortunately, like everyone else, I waited until the last minute to get a Nintendo Switch, which seems to be home to the best video games for beginners. Now the consoles have all been snatched up by price-gouging hustler kings.

If Nintendo is off the table, what are the best video games or online games to play with friends? (Especially, of course, if they’re free to play.) Personally, I’ve focused on a new game, one that’s far more low-tech. In fact, all I need is a pad of paper, a pencil, two to four friends and a video chat. I’m talking, of course, about…

DIY Scattergories. Scattergories is the best word game because it rewards you for uniting foolishness and inventiveness. It’s a great party game because alcohol makes you better at it. And it’s the best game to play over FaceTime, Hangouts or Zoom because of its simplicity.

Write up lists: the more deranged, the better. Next, text them to your crew, drop them in the Zoom chat or make a shared album on Apple’s Photos app. Grab a tall glass of wine, pick a letter, hit 3:00 on your phone’s timer and get going. Do it right and you’ll be in stitches the entire time, I promise!

Pro-tip: The best clues you can write are “Fake _____”: Fake Beatles Songs, Fake Adult Magazines, Fake E! Shows, etc. It’s way more fun to come up with ridiculous multi-word answers than it is to rack your brain thinking of a real card game that starts with the letter V. Find a way to give yourself at least 15 to 20 points in every round. (Side note: Why hasn’t someone come up with “adult” Scattergories yet, doing to the humble word game what Cards Against Humanity did to Apples to Apples, just with better taste?)

Horsepaste, a free multiplayer version of Codenames. Codenames is a simple card game for about four to eight players. Basically, you have 25 cards with different words on them, and you want to give your team great clues so they guess a few words at a time while avoiding specific words (assassin cards, which will end the game if picked).

The game manages to feel meditative and de-stressing while also capable of bringing out fierce competition. It’s a deeply satisfying mind-meld when you come up with the perfect clue that lets your partner guess three or four words correctly while avoiding all the land mines.

If you’re stuck at home with a partner, there’s a version called Codenames Duet you can play with two players, but I’m a fan of this online version called Horsepaste. Rounds take about 15 minutes. 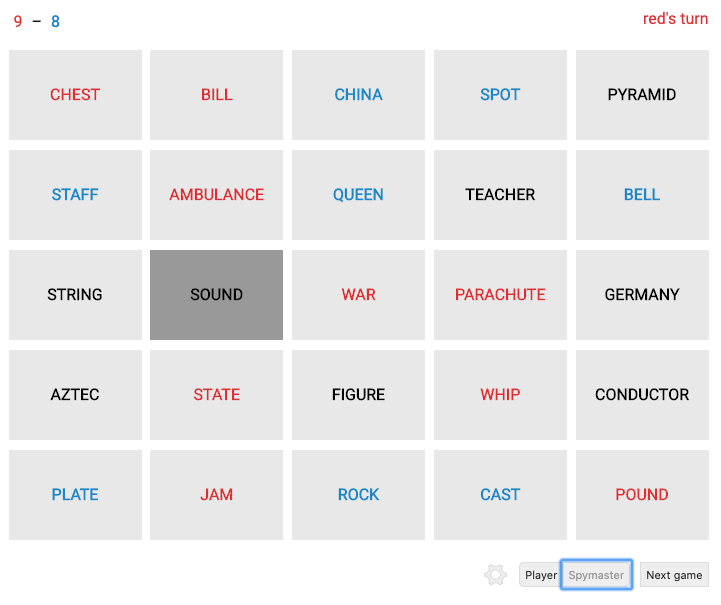 Playing Mafia over Zoom actually works really well. Instead of closing your eyes, you turn off your camera. Instead of signaling who you want to slay or save IRL, you text the narrator. Just don’t be surprised the next morning when your messages are filled with notes like “KILL HAMISH.”

What other free (or cheap) online games are my bored colleagues playing with friends? Here’s what they had to say…

Ian Lecklitner, Staff Writer: Before I say anything more, Old School RuneScape isn’t a game that you can jump right in, play for a couple minutes here and there and have a grand old time. This is a game that requires hours, days and even months of playing; it’s sometimes exciting and sometimes a real drag, to be honest. But the sheer amount of time necessary for success results in truly rewarding payoffs that few modern games, mostly aimed at providing instant gratification, come close to delivering.

More specifically, Old School RuneScape is a re-release of the original RuneScape, a deeply nostalgic, massively multiplayer online role-playing game first launched in 2007. The game is set in an enormous, diverse world, filled with countless other online players, all doing their own things or working together to get shit done. You can do quests, slay goblins and grind out a wide array of skills, ranging from woodcutting and fishing to fletching and smithing. You can collect gold, search for rare items or hang out by the always bustling Grand Exchange, a fluid marketplace that works kind of like the stock market, where prices are gauged based on supply and demand.

Now, I should note that while Old School RuneScape has a significant chunk of free content, if you want the full experience, you need to pay for a $10 monthly subscription. That said, honestly, even the free content can last you for months.

And if you pay the subscription, well, you could play Old School RuneScape for 24 hours a day until quarantine is over, and there would still be much, much more to do. The game can feel like a slog, sure, and the graphics might turn off anyone too caught up in the realism of modern gaming. But if you can get a few friends to join in on the adventure, even if you decide to spend a few hours doing something as monotonous as cutting wood, at least you can have a nice in-game chat while getting it done. Plus, the soundtracks are lit.

Hussein Kesvani, U.K. Editor: This is a game that doesn’t require an app, a signup sheet or a list of complicated rules you have to learn in advance. It’s likely you played it in high school or over MSN messenger, so it still has that hit of nostalgia you’re craving. It’s also incredibly simple to play: One person in the group names two different subjects — items, places, events or people — and whoever gets from point A to point B in the lowest number of clicks wins.

Because of its simplicity, the game can be played on pretty much any chat app, and the sheer speed means that nobody in the group is left hanging for long. Of course, it can get super-competitive, but the real beauty of the game is that winning requires you to consume a lot of loosely related facts in a short period of time. There’s no other game where you’ll learn about Roman history, the composition of metals, classical composition and a mundane fact about a German industrial town in the space of a few minutes.

Various Games on the Houseparty App

Quinn Myers, Staff Writer: Sitting in front of a group of my friends forced to talk about my life and how I’m handling everything is a nightmare. If you feel the same, you should suggest the next virtual happy hour be done over Houseparty, an app you can download on your phone or computer that’s pretty much the same as all the other video conferencing apps, only it has games you can play as a group.

There are four games you can play. “Trivia” is… trivia. It’s pretty fun but can stifle conversation since everyone’s just reading and answering the whole time. “Quick Draw” is basically Pictionary. Also fun, and doesn’t stifle your thinly veiled attempts at checking in on the mental health of your friends and family. “Heads Up” is the same Heads Up as the app, where one person gives clues to the group so they can guess who or what they are. It’s fun!

You can play all of these with up to eight people, and it’s a nice change of pace to everyone talking over each other and then saying “oh no, sorry, you go,” with no end in sight. Just make sure you “lock” your room, otherwise any ol’ asshole in your contacts can join your “party.”

Anyway, I’ve actually got another Zoom with the people from my freshman-year dorm, so I gotta go! It was nice seeing you! Let’s do this again soon!

Eddie Kim, Staff Writer: CS has a reputation as a notoriously difficult game to pick up, and rightfully so. The gunplay is precise and fast. You die in a literal blink of the eye sometimes. And playing well means knowing how to take advantage of every corner in a map — a skill that takes endless repetition and coaching.

I’ve been quarantine-playing with a squad of (much more skilled) friends and getting absolutely shredded in fights against other squads, sometimes in embarrassing fashion. But that’s what happens on public matches, against quality players. A private game with friends? That’s a much more appealing kind of chaos.

CS is free to play on PC and Mac with a download off Steam, which makes it a bit more accessible than console multiplayer games, but it’s still a legendary shooting game that rewards quick reflexes and a competitive mindset. Even playing 1-v-1 or 2-v-2 is a hilarious way to spend an evening.

The Best Stuff to Binge in Quarantine

Cooper Fleishman is MEL’s director of news and audience, overseeing the Daily desk, social media, traffic growth and editorial product/engineering. He came from Mic, where he launched The Future Is Now, a channel about tech and digital culture, and Multiplayer, a gaming vertical focused on diversity and representation in geek culture. In a previous life, he was New York bureau chief at the Daily Dot, a copy editor for Us Weekly, a dog food salesman, a T-shirt silk-screener and an ’80s cover band drummer. He spent 21 years in Ohio, which explains a lot.