The Women Who Would Be (Drag) Kings, When Dogs Attack and the Montana Senate Flattop

I feel bad for the folks who are afraid of dogs, or in Hussein Kesvani’s case, terrified of them. I get that, in a lot of cases, cynophobia stems from a bad experience with a dog. But maybe they just need to start small. Like this little poopface:

Now that we’ve effectively turned around your mood, check out today’s posts, in case you missed them, below.

“Learning to Be a Man in the World of Drag Kings”
C. Brian Smith reports from the The Lambda Alliance ‘Slay Bells Ring!’ Holiday Drag Show, a pro-am runway show in Athens, Georgia, but he’s not there for the queens. He’s there to learn from the kings — like a “drag king consigliere,” who counsels drag princes on everything from binding their breasts to packing their groins. And the many old and new “unshaven” faces swaggering — not sashaying — on stage. It’s a scene. READ MORE 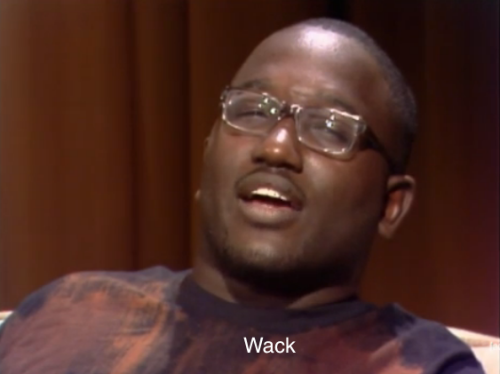 Enough with this “civility” and “bipartisanship” bullshit, Miles Klee writes. Where the women of the Democratic Party have been fighting our battles for us (see: Maxine Waters, Stacey Abrams and House long-shot M.J. Hegar from Texas), Democratic men have been spineless. As they used to say on the Real World, it’s time we stop being polite, and start being real. Real angry.

Cujo’s Gonna Get You

Heights? No problem. Spiders? Totally fine. War zones? Been there, done that. But when it comes to dogs, Hussein Kesvani “nopes” right the fuck out. His fear of dogs has had a significant impact on his social and professional life. But Kesvani’s issues pale in comparison to one guy he found who let his fear of man’s best friend nuke his engagement.

You’re Not My Buddy, Pal

As the cliché goes, men are simple creatures. We hate games. We wear our emotions on our sleeves. We say what we mean. But guys are actually pretty complex, and for proof, just look at male friendships. Because we’ve got a whole complicated tiering system, and let me tell you, pal, you don’t want to end up someone’s “buddy.”

As a publication that makes its home in L.A., the MEL staff knows a thing or three about soul-sucking commutes. And whether you’re battling traffic on Venice Blvd. or Slauson, the urge to speed can be overwhelming. But is it any faster than going with the flow of traffic? We asked a transportation engineer for answers.

I, Too, Need a Moment

Everything that’s old is new again. And that’s doubly true for the two white dudes running for U.S. Senate in the great state of Montana. I’m not talking about their policy positions — doubt we’d ever find common ground there, one’s a Republican and the other’s a Democrat — I’m talking about their 1950s-era, military-style flattop haircuts:

That’s some straight, “Marcy, get my gun — this kid thinks he’s gonna date our daughter” shit right there. Gotta love it. Find out more about their dope haircuts — and the men who still sport them — here.