If you’re a fan of conspiracy theories, you’ve got more than you can handle in 2019 between Australia not being real, hurricanes being created by the government and MLB rigging baseball for a Dodgers versus Yankees World Series. But my personal favorite is the theory that mini pigs don’t really exist. Like, of course they exist — look at ‘em! Sadly, though, that’s one theory that’s more or less turned out to be true. Because, across the country, people who have been scammed into buying cute lil piglets thinking they’ll stay tiny and adorable forever are learning that, while they do stay adorable, they definitely don’t stay tiny.

“Quentin Tarantino Has Built His Entire Brand of ‘Cool’ on the Battered Bodies of People of Color”
It’s no secret that Quentin Tarantino has, for a while now, justifiably been taken to task for the racist depictions of people of color in the movies he makes. But it’s how and why Tarantino exploits black bodies — as either a signifier of “cool,” or a means of punishment — that’s really so disturbing. READ MORE

The Week in Features

Trump’s ‘Bloodsport’ Obsession
While we don’t know for sure that the Jean-Claude Van Damme cult classic Bloodsport is Trump’s favorite movie, the president hasn’t exactly been quiet about his undying love for it either. Brian VanHooker chronicled the entire wacky history of Trump’s adoration for Bloodsport and spoke to the writer and producer of the film about what they think of Trump’s fandom.

The Killer Female Luchador
This is the tale of La Dama del Silencio (in English: “The Quiet Lady”), a female luchador during the mid-aughts whose in-ring moniker hinted at how she silently became Mexico’s most deadly female serial killer along the way. Over the course of three years, she brutally strangled and bludgeoned nearly 50 elderly women in and around Mexico City — all while making ends meet grappling in her trademark butterfly mask, striped pink leggings and frizzy orange hair. 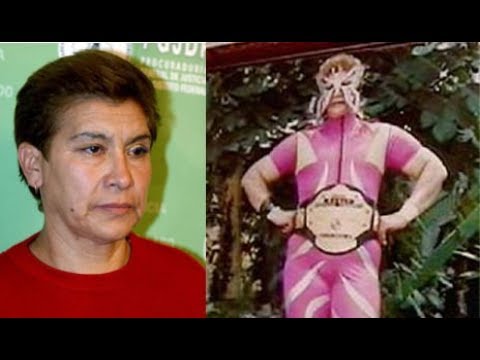 On “Shooting Blanks”
More and more research has found that men suffer enormous shame and question their self-worth when their virility is called into question. So you can understand why a doctor might want to soften the blow when he tells a man he’s “shooting blanks.” But in doing so, they’re inadvertently creating more problems than they’re solving — leaving men feeling defective, useless and like they’re not men at all.

The Business of Motivation
Of all the genres on YouTube, one of the fastest rising may be motivational videos. Though there are many iterations, they all seem to feature the same mix of montages of men working out, athletes playing sports or business tycoons like Elon Musk talking about perseverance while orchestral music plays in the background. It’s a recipe that obviously delivers because, along the way, such videos have garnered a cult-like following, racking up hundreds of millions of views that pump people up before going to the gym, making major life decisions or just getting through the day.

Just In Time For Back To School
In recent years, sales of bulletproof backpacks have skyrocketed as manufacturers clamor to capitalize on parents’ well-deserved fears over the threat of mass shootings in schools. But can they actually do what they claim? Law enforcement and security experts aren’t so sure.

Maybe They Were Born With It
The first step on the path to recovery is acknowledging that we have a problem. In the case of politics, that means confronting the fact that, as a species, we have a compulsion to engage in left-versus-right antagonism. But where does that compulsion come from? According to a niche but growing perspective within evolutionary psychology, our political orientations may be under the influence of social coping strategies we’ve had since we were in the womb.

Quote of the Week

Social media was awash this week in talk about three new movies starring beautiful gangly boy Adam Driver. Sure, he’s funny, sly and surprising. And really, three to four major movies a year isn’t that many. But Miles Klee still wonders, are we using and abusing this promising up-and-comer? Also, is he getting enough sleep? How about some vacation time? We’re worried.

From the Wayback Machine (But Now With Renewed Relevancy!)

The Week in Meat