You Don’t Need That ‘Pre-Workout’ Crap for Better Running

Bodybuilders take it, so why not me? Well, I found out after 10 minutes

On most days, getting up to go for a run is a slog. Even when the sun is out for the first time in seemingly forever and I haven’t left my apartment in four days, my brain does its best to convince me to stay inside and do nothing. To shake this malaise, I’ve been thinking about taking “pre-workout” beforehand. I mean, in theory at least, pre-workout, a mix of supplements that are chock-full of energy-boosting, strength-enhancing ingredients like caffeine, creatine and various adaptogens, would do for me what it does for gym bros: Get me so energized that I want to exercise, and help me run further and longer.

Unfortunately, Atlanta-based physiologist Phung Tran says the energy-boosting qualities of most pre-workout supplements don’t apply to runners like myself. It basically comes down to the fundamental difference in how the body uses energy in weight training versus endurance training. “Endurance training uses energy that can continually be generated as you run and is virtually unlimited,” Tran explains. “The aerobic system generates energy from carbohydrates, fats and sometimes proteins.”

In other words, the short boosts of energy that fuel someone to do a few 300-pound squats isn’t helpful when trying to run five miles; if anything, it could be dangerous. For instance, the caffeine found in many pre-workouts is a diuretic; thus, pre-workout could dehydrate you. “With running, you’re losing water through sweat, so maintaining proper hydration is of the utmost importance,” Tran says. For the gains crowd, who can regularly hydrate throughout a workout, that’s fine, but for someone running long distances without access to water, it can be dangerous. (And also annoying, if you have nowhere to pee.)

“The only way to run longer is to train the right way, which requires time and effort,” Tran tells me. “No amount of pre-workouts can beat the quality of your training.”

But what would a physiologist like Tran know? And so, I stubbornly (and stupidly?) tried running with pre-workout anyway. While layering up before my cold-ass run, I gulped down this frothy, icy-blue concoction that’s named after explosives and tasted like sour Pixy Stix dust: 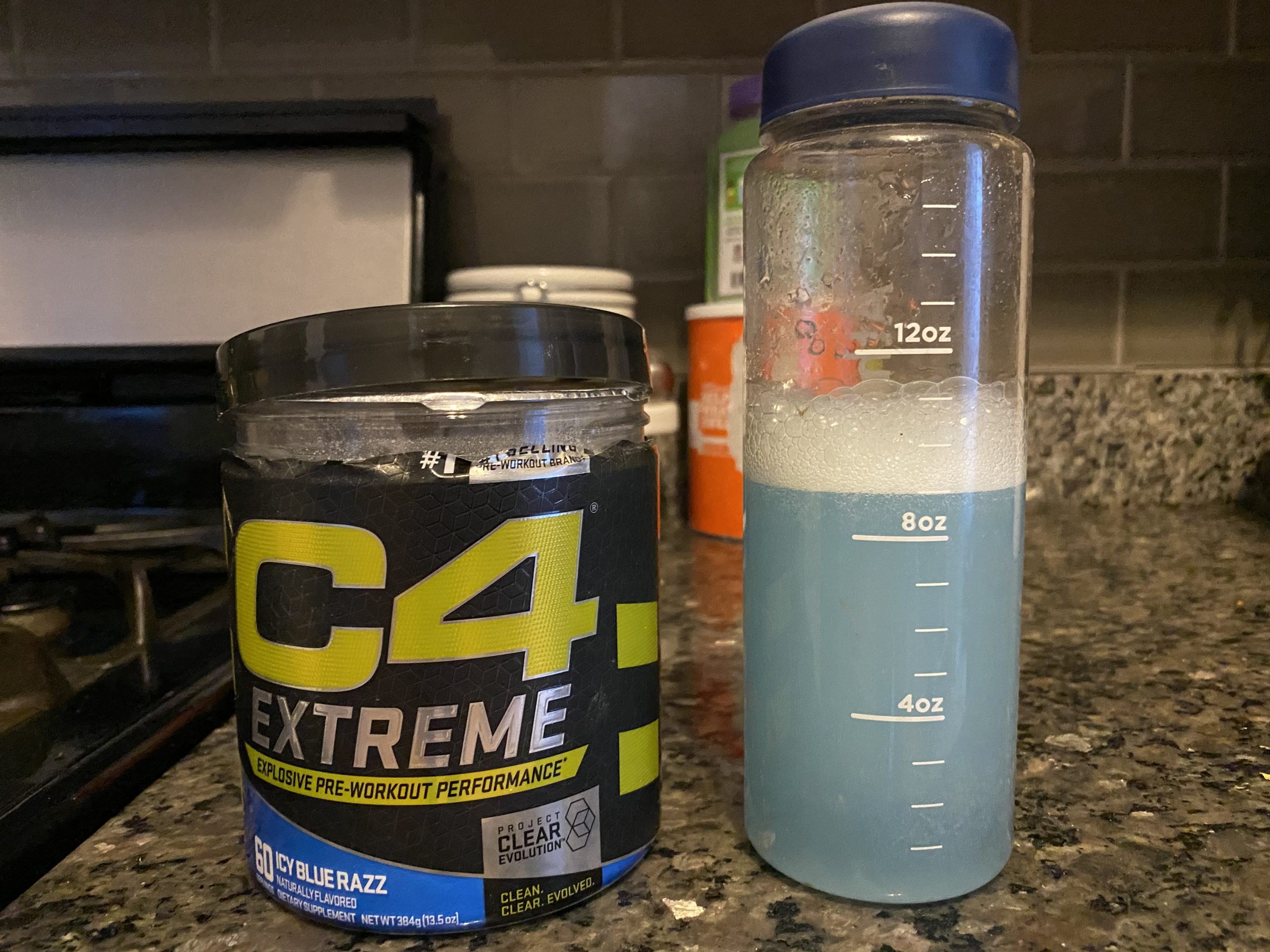 Within about 10 minutes, I felt GREAT. It felt like I had an edge: I wanted to RUN, and RUN SO FUCKING FAST.

Then, after another 10 minutes, I felt nothing. Not so much a crash, but I more or less felt the same as I normally do on any other run, without any sustained fuel to run further than usual. And though I didn’t notice any particular effects of dehydration, my heart continued to race and my skin felt hot for the rest of the day. I essentially felt like I’d consumed way too much coffee, which sucked.

To that end, I guess I should just suck it up and heed the advice of Tran as well as world-champion powerlifter Robert Herbst. “Running is a test of mental strength as much as it is physical,” Herbst tells me. “Pre-workout is crap that acts as a placebo to give motivation to people who can’t find it within themselves. That might be okay for a gym setting, but it would detract from the mindset of most runners.”

Now, I just have to convince my brain of that.