America Wants Its Damn Khakis Back

How else does one explain the thirst around Steve Kornacki, or the election of Joe Biden as the next president?

When I first read that, thanks to MSNBC’s 2020 election map guy Steve Kornacki, the Gap saw a 90 percent increase in khaki sales, I thought simply: ‘Yeah, that sounds about right.’ (“I’ve got a bunch of them,” he told NBC’s Savannah Sellers, noting that he wore them around the clock while reporting on election night and on the subsequent days after.)

GQ’s Cam Wolf hailed Kornacki’s wardrobe choice as “a win for the enduring appeal and comfort of khakis,” admiring “how boring they are, toeing the line between acceptable and frumpy.” But fashion historian Jessica Glasscock reminds us that the khaki thirst is hardly a new phenomenon, adding, “Blame the Gap” and pointing out that, in the 1990s, following their great success with denim, they’d sought to similarly “cool-ify khakis.” “Their ad campaign was one in which they associated khakis with icons of style with the tagline “[such and such] wore khakis.” Like so: 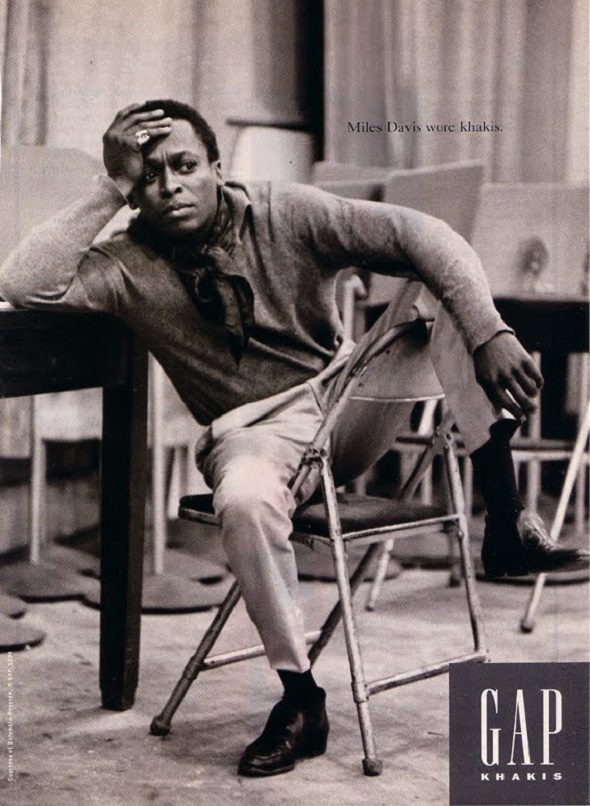 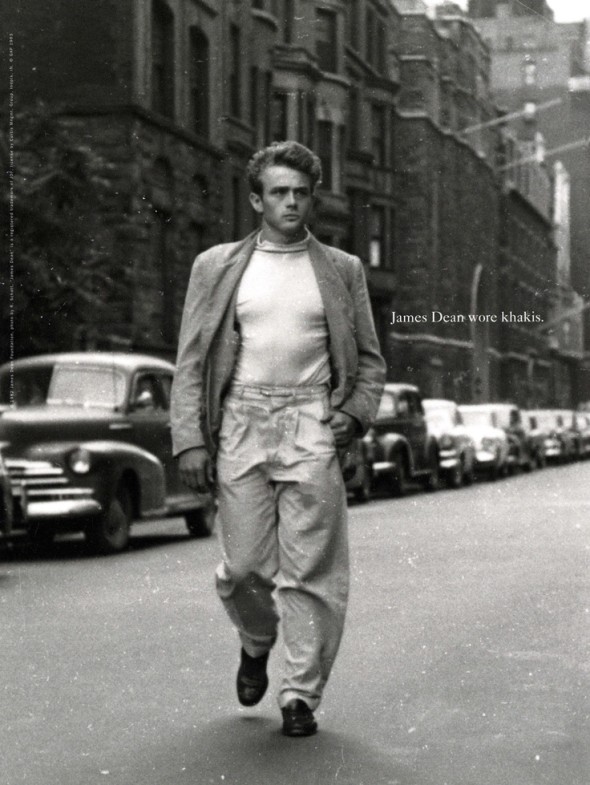 (Glasscock also points out that it’s hard to imagine some of those featured agreeing to be featured in such ads, especially Jack Kerouac, “who one imagines wouldn’t have signed off on it, had he not drank himself to death.”)

The obvious point of the campaign was to create associations of glamour and style with mass-produced, low-priced trousers, And while, she says, “it remains a stand-out of 1990s advertising today. It was also pretty quickly recognized as a call to deadening, uniform consumerism for emerging corporate drones.” Hence Chuck Palahniuk calling out the offending pants in Fight Club.

But as every Democratic primary candidate — and most recently Donald Trump — has come to realize, at its core, this is a nation whose thirst for the Khaki Guy knows no bounds. It may in fact be the case that the Khaki Guy is the only thing that we can all agree is fine enough. How else does one explain how, of all the Democratic candidates, Joe Biden — the same guy you probably declared just a year earlier was too old, or too racist, or too creepy — is now our president elect?

“[Khakis] are completely inoffensive and safely normcore,” says Glasscock. “They clearly say, ‘I knew better than to just wear jeans to this particular event. I respect authority. I am not a disruptor.’”

Does that sound familiar?

Of course it does. President-elect Joe Biden is a living, breathing pair of khakis. That’s the message that delivered him the presidency: If you want nothing to fundamentally change, then I’m your guy.

Kornacki’s khakis and the election of Joe Biden, better than anything else, tell the story of this current moment in our collective appetite for safe blandness. So many of us, after four years of screaming at one another about which pair of pants best fit this country, are finally coming to terms with the fact that the majority of the people who voted for president are ready to go back to brunch. To do so, they need someone in charge who they can trust won’t do the equivalent of donning a pair of 5-inch-inseam shorts — you know, totally wild and hip stuff like giving people free health care.

In 1920, fellow old white guy Warren G. Harding ran on the winning message of a “return to normalcy.” Stating in his post-WWI campaign that, “America’s present need is not heroics, but healing; not nostrums, but normalcy; not revolution, but restoration.” In 2020, Joe Biden won on a similar promise: to “restore the soul of America.”

And the subtext is clear once more: America wants its damn khakis back.