How Do the Hulk’s Pants Always Remain Intact? Experts Explain

This is what Deadpool shouted in Deadpool No. 66, when he donned Hulk’s torn jeans to protect himself from the villainous Rhino. The pants did nothing, of course, but logically speaking, there must be some magical, mystical or impossibly scientific explanation behind Hulk’s trousers, because otherwise, they’d be torn to shreds every time Bruce Banner hulked out. Instead, Hulk’s pants usually remain somewhat intact, concealing his nether-regions and then tearing somewhere around the knee.

Given that, what the hell is the deal with Hulk’s pants? 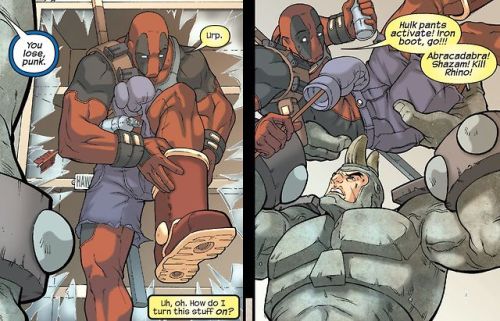 “Hulk’s pants are basically a running joke in Marvel Comics,” explains Charles Pulliam-Moore, a writer at io9 who reports on comics. Pulliam-Moore explains that, every so often, a character like Deadpool might make a meta-joke focusing on this silly comic book logic, but other than that, the issue usually goes unaddressed. 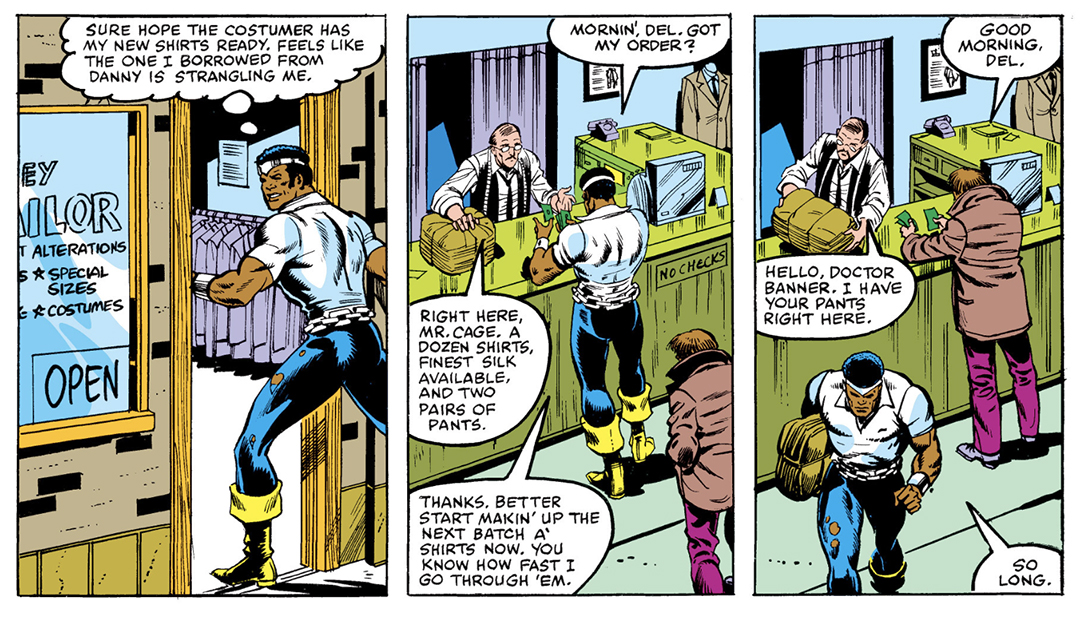 In reality, the actual reason for Hulk’s overly sturdy attire is the Comics Code Authority, explains artist Paul Pelletier, who has penciled comics for both Marvel and DC, including an extensive run with the Hulk. The code was the self-regulatory agency used by comic book companies until the early 2000s, but even after ditching this, Hulk has retained his scrappy trousers, thanks to Marvel’s family-friendly editorial decisions, which “frown on images of big green dicks,” as frequent MEL contributor and former io9 editor Rob Bricken puts it.

There’s also the issue of Hulk’s design. “All superheroes have a uniform,” explains Dan Wallace, author of the 2006 edition of The Marvel Encyclopedia. “For the Hulk, the ripped jeans are his uniform, because him being shirtless shows off his musculature. Big, strong characters are often bare-chested for this reason.” Additionally, he notes that the Hulk having his clothes be torn apart speaks to the Hulk’s savage nature, as well as the character’s transformation, just like how werewolves are often depicted with tattered clothes. While Hulk’s costume has varied from time to time, generally, Hulk’s design gravitates back to those ripped purple pants.

For Pelletier, he explains that when he drew the Hulk, Marvel didn’t mandate how long the shorts were or exactly how the green goliath should look, so Pelletier just “went by what other artists had done before me, and usually the pants will be ripped and shredded around the knee area.” 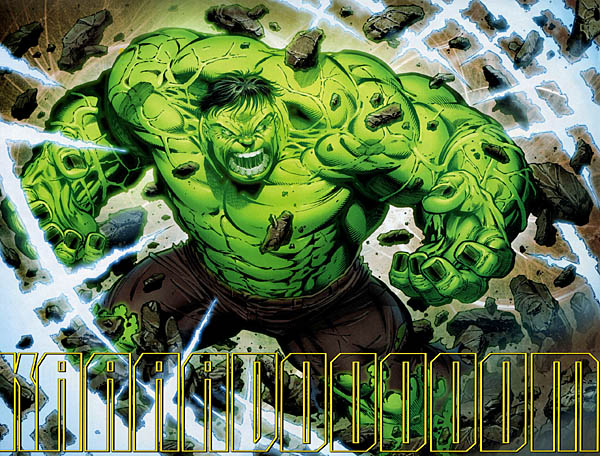 For what it’s worth, this was also the explanation offered up by Stan Lee, who once said in an interview, “I just figured that Bruce Banner had probably been a friend of Reed Richards, and Reed had given him some elastic trousers.”

But if the Hulk was gifted some stretchy, molecularly-unstable pants by Mr. Fantastic, why, then, do they still rip?

“Hulk is almost a Superman-like character in that he is essentially unstoppable,” Pulliam-Moore speculates. “No matter what you do to the Hulk, you’re just going to keep making him angrier, so he gets stronger and stronger. So, since the Hulk has infinite potential to keep generating power, his potential to expand his body mass to stretch his pants is unlimited. It’s ridiculous, of course, but Hulk is a ridiculous character.”

In the Marvel movies, though it’s never explicitly said, Hulk does have special stretchy pants in the second Avengers film, most likely invented by Tony Stark due to the absence of Reed Richards in that continuity. Prior to that film, the Hulk had his typical torn pants on screen, and there was even a joke about it in The Incredible Hulk with Ed Norton.

But for a real world explanation for Hulk’s pants, I turn to stylist Todd Hanshaw, an expert in fabrics, to see if there’s any actual way of explaining Hulk’s perpetual pant-retaining power. “It would have to be stretch denim. That’s really all it could be,” Hanshaw explains. Stretch denim, Hanshaw says, is denim with elastane woven into the fabric, which allows it to be stretched. In some cases, he says some jeans might contain as much as 10 percent elastane, which can stretch quite a ways.

Stretch denim has been around for decades, but Hanshaw says it only began to be put into men’s jeans once skinny jeans became popular, which opens the door to the possibility that Bruce Banner has mostly been wearing women’s jeans since his debut in 1962. Hanshaw adds that Hulk’s pants being some kind of denim also would explain why they stay together where they do. “Denim is the strongest fabric, that’s what Levis started with as the original workwear. That’s also why there are rivets in jeans. Those rivets aren’t cosmetic, those are the stress points so that the jeans won’t rip.” And, if you look at the Hulk, his pants generally remain intact around where those rivets might be.

Finally, Hanshaw makes the point that Hulk seems to grow the least around his waist. “For the most part, he seems to grow in his chest and legs. His butt however, doesn’t seem to change that much. Otherwise, we might see something that Marvel doesn’t want us to see.”

Which, once again, brings it back to the real reason for Hulk’s magical pants: Marvel’s perpetual aversion to massive green cocks.