Crocs, Uggs and the Revival of Himbo Footwear

Shia LaBeouf dresses like someone who just had to rush to cover up their naked body so they could sign for a package at the door in the middle of winter. Bad Bunny dresses like a cross between a toddler on molly and a dad on a cruise ship. Both of them seem to pull this off extremely well, largely because they manage to transform seemingly stupid sartorial decisions into pure himbo bravado — dumb, hot and lovable. And it all comes down to the footwear.

Both Crocs and Uggs are undergoing a renaissance. The timing makes perfect sense: They’re easy and comfortable, the two qualities that have defined our clothing choices over the last seven months. They also aren’t necessarily cheap, though. A pair of Crocs, essentially molded out of 50 cents worth of foam like a flip-flop, go for around $50 a pair. Uggs, somewhat more justifiably, are usually about $150 for sheepskin boots. While these prices are surely nothing for celeb himbos like LaBeouf and Bunny, the cost reflects at least a semblance of intention in their wear.

These brands have had a cool-because-they’re-uncool reputation in the past, worn genuinely by guys like Mario Batali and worn ironically by people who think it’s funny to dress like Mario Batali. But now, these brands are cool in and of themselves. Case in point, Bad Bunny collaborated with Crocs to release his own glow-in-the-dark pair for $65 in late September, which sold out in less than half an hour. On October 13th, a collaboration with Justin Bieber did the same.

Meanwhile, Telfar Clemens, the designer behind the ubiquitous Telfar bag or “Bushwick Birkin,” announced a partnership with Uggs that will be available sometime in early 2021. Largely beloved by teen girls in the mid-2000s, Uggs are now transforming from overly “basic,” vaguely impractical footwear to an item with actual fashion credentials.

We have the himbos to thank. LaBeouf has been sporting Uggs since at least 2006, and the Instagram account ShiaOutfits documented him in a pair of Crocs in 2017. And Bad Bunny has been representing Crocs long enough to spur the aforementioned collaboration. Obviously, their ability to find success in wearing ugly shoes comes from the fact that they themselves are both overwhelmingly attractive. Were a man less fit to wear such shoes — someone, say, of Mario Batali’s body type — it wouldn’t contribute to such a wide revival. Nevertheless, the fact that these shoes seem so distinctly not to be a thought-out fashion choice, as though they truly were whatever shoes were closest to the door, establishes them firmly within the himbo camp. A himbo can toss on whatever burlap sack happens to be around and still look hot.

But as Uggs and Crocs become full-on high fashion, the level of intention that goes into wearing them increases. Whether the himbo factor decreases alongside this remains to be seen. On the one hand, putting too much thought into what’s “cool” as opposed to what’s both comfortable and somehow still sexy isn’t very himbo-ish. On the other, there are few things more himbo-ish than making an aesthetic decision simply because you saw a fellow hot man wearing the same thing.

Regardless of what comes, though, both Crocs and Uggs will always be himbo in their origins. Crocs were first released at a boat show in Fort Lauderdale, while Uggs were originally designed by an Australian surfer in need of warm shoes after riding waves. Though they may no longer be the footwear of beaches and boat shows, we always have this himbo foundation to fall back upon. 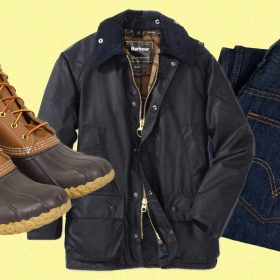