Sure, Charmin may feel like we’re wiping our butts with a fluffy cloud, but using the rough stuff is cheaper and way better for the Earth

All I wanted to do was to wipe my ass with some scratchy toilet paper.

Well, I didn’t want to, but I’d planned to buy the worst reviewed toilet papers on Amazon and test them out, because what the fuck else am I going to do with my time right now? But thanks to the panic-induced hoarding of toilet paper, even the shittiest brands on Amazon are sold out and/or so vastly delayed for shipping that my plan went to hell pretty quickly.

To give you an idea of what might have been, take a look at these rolls, which a reviewer named “Skywalker” described as “NOT WHAT IT SAID IT WAS, VERY SAD….” while reviewer Mitchell Childs lamented, “Lies!! Very small rolls. Not at all as advertised.” 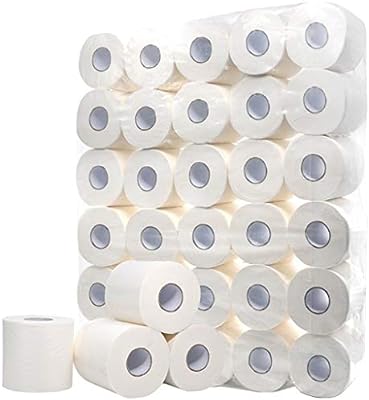 And this, of which a reviewer said, “Each roll was almost empty, would not recommend.” 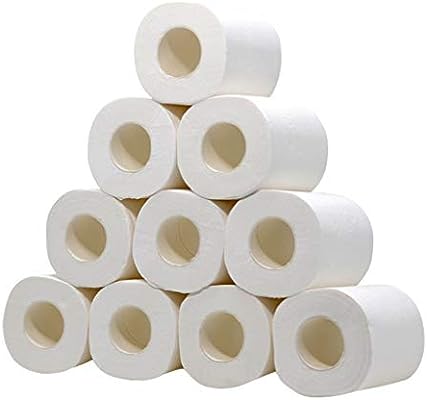 Then there was this product, which didn’t have a roll at all, but that’s not even the worst of it, as reviewer Clarissa Morales wrote. “These are not huge rolls, they are tiny cheap toilet paper,” she warned. “Definitely not how described. I opened the small package and pulled out tiny toilet paper. I literally laughed because of how tiny they were.” 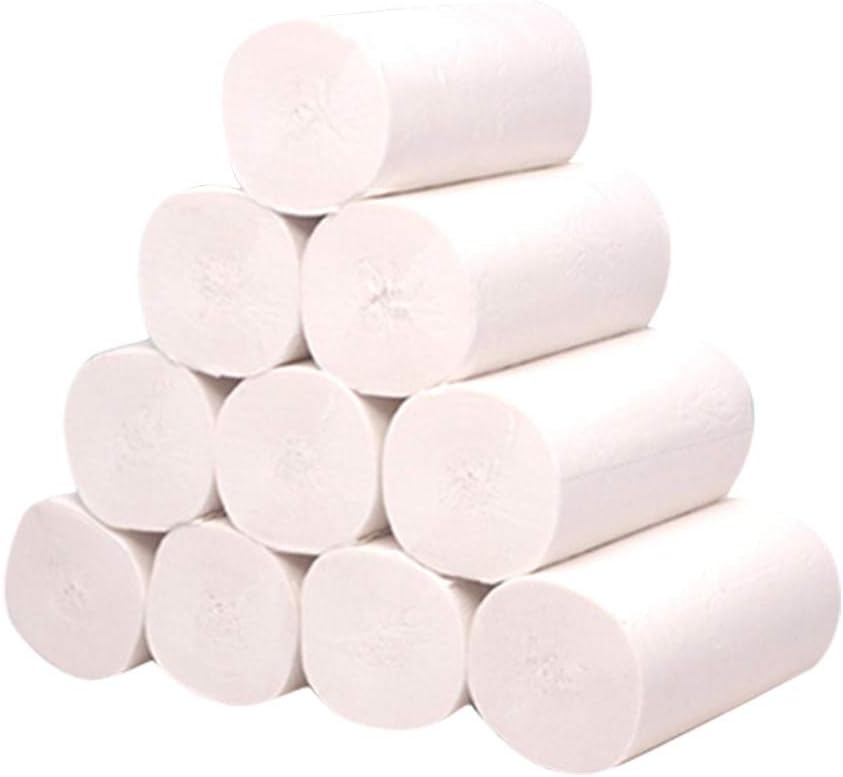 Even though I had to abandon my experiment, I still wanted to explore the topic of cheap toilet paper, if only to find out why such horrible products exist. I mean, I’m sure cheap toilet paper saves some money during production, but is it really that big of a difference? And how can such shitty products compete with the fluffy goodness of something like Charmin?

As it turns out, yes, crappier toilet paper is far cheaper to manufacture and takes less of a toll on the environment. Before we get into that, it’s worth understanding that all toilet paper used to be shitty toilet paper. While there are some much-older uses of paper for ass-wipery, toilet paper as we understand it began in 1857 with a guy named Joseph Gayetty, who created aloe-infused paper meant to prevent hemorrhoids. Then in 1890, the Scott brothers invented the first roll of toilet paper, and yes, this is the same “Scott” that makes toilet paper today — toilet paper that many consider to be the worst toilet paper as it’s fairly cheap, scratchy and only one-ply.

After Scott made the first roll, other brands got in the mix and toilet paper became a regular part of life.

But don’t you want to know why I said all toilet paper was shitty back then? I’ll tell you: Because it had splinters. Yes, fucking splinters! So next time you complain about that shitty public restroom toilet paper, remember that until Quilted Northern introduced “splinter free” paper in 1935, you could get splinters in and around your anus.

When Quilted Northern removed the splinters from their toilet paper, they began the great tenderizing of the American asshole — a trend that continues to this day, at great cost to us and our environment.

After splinter-free paper came two-ply toilet paper, introduced in 1942 by St. Andrew’s Paper Mill in England. This new product was considered a breakthrough in the comfort of toilet paper and would set the stage for toilet paper comfort for the next 80 years at least. Plys simply mean layers, so where toilet paper before 1942 was all one layer of paper, after 1942, more brands began to introduce more plys, seeking greater and greater comfort. Nowadays — or before the shortage, at least — it’s not unusual to find three-ply and even four-ply toilet paper on your grocery store shelves (Scott brand toilet paper is generally the only major brand still sticking by one-ply).

The reason more plys generally means more comfort is because it’s thicker overall, and more production goes into softening it, including “puffing” the paper with air and bleaching it, which whitens and softens the paper. This is why thick toilet papers like Cottonelle and Charmin rank highest in comfort, while something like Scott’s one-ply isn’t even trying to complete in that way. Instead, Scott touts itself as the “longest lasting” for families on a budget and also the best for weak septic systems, especially for RVs and the like, as that single layer dissolves much more quickly.

Perhaps you’re thinking that one-ply isn’t actually cheaper though, because people tend to use more of it. While it’s true that people use more, I personally doubt that it’s actually double the amount, as some protest. Still, I wanted to test this dubious premise, so I called up a janitorial supply company to ask about the different costs of one-ply versus two-ply paper, to see which toilet paper is actually more cost-effective.

“For our jumbo rolls of toilet paper, a 1,000-foot roll of single ply costs $50 for a package of eight. For the 1,000-foot roll of two-ply, it’s $101 for a package of six,” the product expert tells me on the phone. So if it’s true that people use twice as much single-ply, one-ply is still going to be cheaper. This is why basically every public bathroom has single-ply paper — it’s cheaper any way you slice it, even if people actually are using double the amount.

In short: One ply is always cheaper.

Of course, most of us are willing to pay more for comfort, but it’s not just our wallets that are impacted, as our planet also pays a price for those fluffy, multi-ply toilet papers. A 2019 study by the Natural Resources Defense Council (NRDC) illustrates how major toilet paper brands are impacting our planet, as many of them utilize ancient trees from the Canadian boreal forest, also called the “Amazon of the North.” To quote Anthony Swift of the NRDC, “Most Americans probably don’t know that the toilet paper they flush away comes from ancient forests, but clear-cutting those forests is costing the planet a great deal. Maintaining the Canadian boreal forest is vital to avoiding the worst impacts of climate change.”

To put it in an even more stark light, National Geographic explained that 27,000 trees are wiped out daily by flushing them down the toilet — all for a product that isn’t even effective at wiping our asses.

Most major toilet paper companies use zero recycled materials. Which is why the NRDC failed Charmin, Angel Soft and Quilted Northern in their study.

Scott didn’t fare much better, scoring a “D” thanks to the fact that it still uses virgin trees to make its products. Still, one of the reasons it scored better is because single ply is less harmful to produce, simply because there’s less paper being made. Also, Scott is making some strides with the toilet paper it makes for public restrooms, as it’s from 24 percent recycled materials. Indeed, public restrooms are the only place where recycled toilet papers are common, as a study conducted by Your Best Digs explained, “It’s good to know that there is one just cause for the rough, thin stuff found in public restrooms. Sixty percent of them use cheaper, recycled toilet paper.”

The problem is that recycled paper isn’t as soft as that from virgin trees, and people only seem to give a shit about comfort — not cost and not the impact on their septic systems and planet. For example, that Your Best Digs study is full of useful information about the negative impact of toilet paper on the Earth. It touts that it devoted over 200 hours on the subject of figuring out which toilet paper is best, but when it was all said and done, they decided Cottonelle and Quilted Northern were the best brands, simply because they scratched their sensitive tushies less.

It’s because of these negative impacts that more environmentally conscious toilet paper brands have been popping up, like Who Gives a Crap, which offers recycled paper, and Cheeky Monkey and Tushy, which have paper made from bamboo, a much more renewable resource than the trees of the boreal forest. Chevonne Logan-Taylor, an owner of Cheeky Monkey, tells me that deforestation for the sake of toilet paper is a global problem, and it’s especially bad in the U.S. Not only do we refuse to use bidets, we also use less recycled toilet papers than the rest of the world (plus, much of the world only uses one-ply toilet paper). To illustrate this point, I found this pretty hilarious quote in a Quora discussion board about toilet paper: “Do they really make three-ply in your country? Maybe that’s why your president had to flush 15 times.”

While she preferred to remain anonymous, I also spoke to an environmental lawyer on the subject. She explains that while one-ply paper is less harmful to the planet, the much larger issue is where those trees are coming from. But a big problem arises with availability, as the best-rated toilet papers in that NRDC study can be more pricey than we’re used to and aren’t available in all stores. It’s worth noting, though, that Trader Joe’s toilet paper got an “A” and Marcal got a “B.” Marcal is especially promising, as it’s also a low-cost brand that can be found pretty much anywhere. The company even rebranded a decade ago in order to promote its environmentally conscious image.

But Marcal and Trader Joe’s are the outliers in a business that’s wreaking havoc on our planet. We’ve all prioritized comfort over literally everything else when it comes to toilet paper and something needs to change. We can all throw our recycling in the right container and applaud Greta Thunberg, but we’ve given no thought to flushing ancient trees down the drain. Obviously, while coronavirus is dominating all our concerns, people aren’t going to be thinking about which toilet paper they buy, especially since the stores are still struggling to restock. But when things quiet down and this crisis subsides, perhaps it will be time to reevaluate what we’re scrubbing up shit with.

After all, no matter how rough it is, it’s not like it’ll have splinters in it.