The Toe Shoe Is Sprinting Back Into Style

The loathed, hideous Vibram FiveFingers is an unlikely pandemic success story — and now it’s crossing over into haute couture. Here’s why.

Disinformation is obviously a huge problem on social media platforms, one that’s increasingly corrosive to world governments and society as a whole. But it’s also home to the absolute lowest-stakes fakery conceivable. Considering the proliferation of phony “nature is healing” posts and fake rescinded pasta passes, there’s a good chance you scroll past a dozen misleading-yet-benign Photoshops a day.

That skepticism is why I assumed this Balenciaga x Vibram toe shoe collaboration was some fashion design student’s idea of a prank. It might still be a prank, actually, but that doesn’t mean they don’t exist. Balenciaga and Vibram are selling a line of $1,300 toe shoes, if, for whatever reason, you’d like to trade your entire stimulus check for a sock with a heel. The collab launched in fall 2020, and its arrival can only herald one thing: Toe shoes are making a comeback. Or, at least they’re trying to make a comeback.

Surprising as it is to witness the humble toe shoe’s pivot to designer fashion, reaching heights that include being featured on Cardi B’s Instagram and worn by Rihanna and Bella Hadid, it’s just as surprising to learn that Vibram is still making the shoe at all. FiveFingers is the line of structurally minimal, aesthetically maximal running shoes that probably spring to mind when you hear the phrase “toe shoes.” They were first released in 2005, and by 2011, Vibram was selling more than $100 million worth of FiveFingers a year. But the shoes weren’t a craze because of the toes — or at least, not just because of the toes; they were a craze because of evolutionary biology. 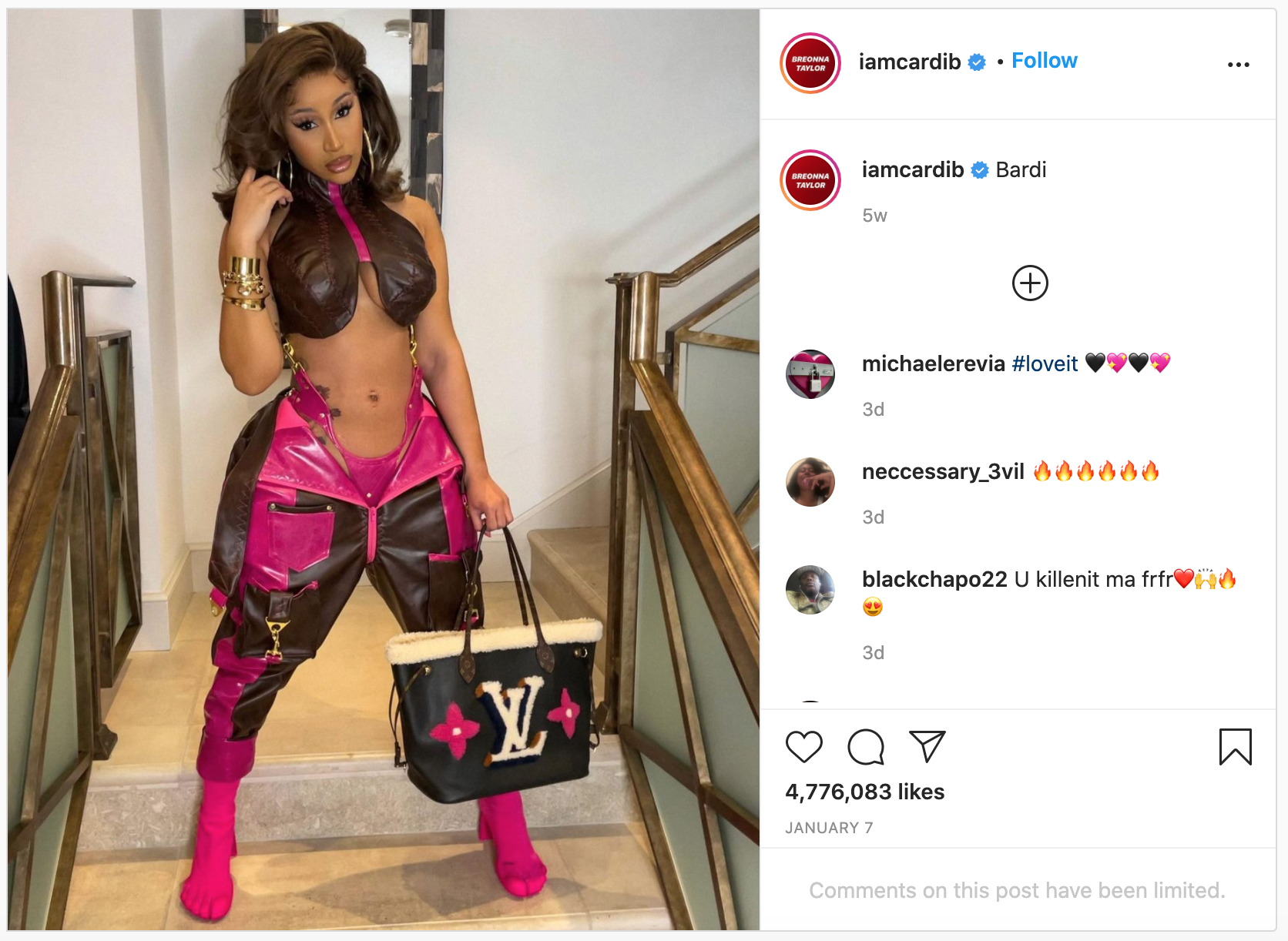 FiveFingers, being basically a sock with some treads on the bottom, became the shoe of choice for barefoot runners. The barefoot running movement was predicated on the idea that humans ran in no shoes or in very minimal footwear for most of our existence as a species, so running without as little foot support as possible is actually better for you. Researchers at Harvard supported this theory, and Vibram claimed their toe shoes could help runners achieve the physical benefits of barefoot running — namely, fewer injuries, stronger foot muscles and “more power.”

But taking a casual runner out of their plush Nikes and sticking them in a pair of zero-drop foot socks isn’t going to instantly make them a better runner any more than those wobbly-ass Sketchers were going to help anyone lose weight. As such, in 2014, Vibram settled a toe-shoes-based class-action lawsuit for a cool $3.75 million for allegedly making false claims about the health benefits of their FiveFingers shoe, though the company denied all wrongdoing.

Afterward, FiveFingers more or less fell off the mainstream radar, spending half a decade floating around the recesses of cultural consciousness, where they served primarily as a shorthand for a wack fashion sense or to denote a certain kind of outdoorsy guy whose need for peak performance outweighs any style considerations.

And those are some hefty style considerations. To that end, although behavioral psychologist Carolyn Mair is a PhD, the author of The Psychology of Fashion and founder of psychology.fashion, she kicks off our FiveFingers discussion with a personal anecdote. “One friend of mine actually broke up with her boyfriend, who she quite liked, because he insisted on wearing them — and not just for training,” she tells me.

Mair proposes two theories for why some people find the shoes “disgusting.” The most probable reason, she suggests, is that toe shoes evoke the uncanny valley. “It’s like in robotics, where we warm to things that are like us,” she explains. “We’d like them slightly if they weren’t so realistic, but as soon as they get to be realistic, there’s this tipping point. It’s a shocking kind of foot. If that was a real foot, we would recoil from it. I think this is why people find them so revolting, because they look so much like a real foot — but like a really ugly, horrible real foot.”

The other theory she proposes is that because the shoes emphasize and “enlarge the foot shape,” FiveFingers give the wearer an “animalistic appearance, like that of an aggressive bear or something, once your foot is in there.” She posits that people — men, specifically — might opt for footwear that makes them look like an animorph from the ankle down because they think it will help their dating prospects. “Being physically fit for a man is one of the most attractive attributes, in terms of evolutionary psychology,” she said. “Potentially the wearer could be thinking, ‘This is showing how fit and strong I am,’ as opposed to the muscular type of very ripped body that some people like to show off.”

Looking like you’re really, really committed to fitness is one potential factor in FiveFingers’ favor. The rise of athleisure diluted the “on my way to the gym” look, creating a sort of Schrödinger’s style where one could plausibly be en route to a workout at all times. Toe shoes eliminate that ambiguity, however. They dare everyone to suggest that you’d wear them for a reason besides athletic activity or irony.

Speaking of irony, it might be another reason to toss on some toe shoes. As zoomers continue their relentless campaign to bring back millennial fashion trends, FiveFingers appear to be one of many toe-emphasizing shoes favored by the same nihilists determined to make low-rise jeans a thing again.

That said, even before the pandemic hit, the popularity of both athleisure and millennial-retro was probably due to begin its descent from wired to tired. Now we’re all tired. That fatigue, though, could be a boost to toe shoes as well, argues Dawnn Karen, who is also a fashion psychologist. “It could be a way of mood enhancement,” Karen says. “Maybe they’re wearing this kooky, edgy, innovative, futuristic shoe to provide some type of stimulation. So when you look down on your feet, you feel a surge of dopamine, right? A surge of happiness.”

It’s very possible Vibram’s newest customers will order a pair of toe shoes out of an abundance of “fuck it,” deciding it’s too much of a hassle to change from slippers to sneakers to take their daily, double-masked walk around the block. (Get you a shoe that can do both, etc.) To some extent, that’s already happening — Fabrizio Gamberini, Global Chief Brand Officer and President of the Vibram Corporation writes via email that the company’s “sales have improved due to strong web/e-commerce efforts. Our web business grew in 2020 by almost 56 percent.”

Yet despite the low-hanging fruit of pandemic comfort, the big-swing Balenciaga collaboration and the class-action settlement, it sounded like Vibram was sticking with their vision of the FiveFingers as athletic gear. “The Vibram FiveFingers shoe is such a versatile product that our demographic is wide-ranging — from athletes and trainers looking to take their physical efforts to the next level, to casual hikers and explorers looking to connect to the trails in a new way, to health-conscious men and women seeking a comfortable, toe-freeing, minimalist form of footwear to run errands, walk the dog or just to give their feet a break from traditional footwear,” Gamberini explains.

But that doesn’t mean the designer heel-sock was an aberration. In his statement, Gamberini also says that when future Vibram FiveFingers styles drop, “each collection will also be of limited quantities.”

Translation: Expect more inexplicable collaborations, and toe shoes beyond the furthest reaches of your imagination. Hell, at this rate, by the time we’re all walking among each other again, it’ll be exclusively in toe shoes.

Calvin Kasulke is a transsexual and a contributing writer at MEL. You can pre-order his novel Several People Are Typing here, and find him on Twitter at @cjkasulke.