The size and shape of our genitalia has been a racist punchline since long before Amy Schumer and Alec Baldwin adopted it. But the joke’s terrifying history might explain why we’re not laughing

“I’ve had plenty of men make comments about me having a smaller or tighter pussy, but for some reason, this one interaction with a boy when I was 14 has stuck with me forever,” Alicia Tan says.

When Tan was a freshman in high school, an older boy she had a crush on messaged her on AIM asking her if she had a “sideways pussy.” Tan, who is of Chinese and Cambodian descent, was completely thrown by the question. As a teenager who was still learning about her own body, receiving a message like this from a boy was a knock to her already fragile self-esteem.

“For a while, it was just this giant question mark that I was sort of too scared to answer,” she remembers. “I had my guesses, the biggest one being that it had to do with my ‘slanted’ eyes.”

Historian Judy Yung, a professor emerita in American Studies at the University of California, Santa Cruz, offers some historical context for the myth in her book Unbound Voices: A Documentary History of Chinese Women in San Francisco. As she writes, the “ongoing myth that the vaginal opening of a Chinese woman was horizontal rather than vertical has been circulating as folklore since the 1850s,” when Chinese women were sold into sex slavery in San Francisco during the California Gold Rush. So while the rumor seems to indiscriminately target Asian women across the board, Chinese women are the most associated with it.

More recently, in James Franco’s 2011 short story collection Palo Alto, the antihero in one of the stories seduces a half-Vietnamese girl into sleeping with him by using the line “I heard that Chinese people have sideways vaginas.” Earlier, in 2005, DJ Paul rapped in Three 6 Mafia’s “Half on a Sack,” “I got me a coupla Chinese bitches/ Their pussies really sideways.” And most prominently, in 2001, Alec Baldwin hosted an episode of Saturday Night Live, and in a wartime skit delivered this joke: “I don’t pretend to know who these Chinese people are. I know they’re small, maybe one or two feet high. I know they sound funny when they talk. I know the womenfolk have sideways vaginas. But underneath their scales, they’re just like you and me.” The “sideways vaginas” line received the biggest laugh from the studio audience.

After all, it’s a hilarious punchline, right? It’s absurd, it’s about genitalia and it punches down on a historically disempowered group of people.

Here’s how historically disempowered: During the 19th century, Asians in America were viewed as the “yellow peril,” strange and threatening foreigners who were infesting the country and stealing jobs from working-class white laborers by working harder for lower pay. But while Chinese men were reduced to dirty and criminal rat-tailed fiends, the women were viewed as undesirable prostitutes with unorthodox sex organs. And so, even before the Chinese Exclusion Act of 1882, the Page Act of 1875 — the country’s first restrictive federal immigration law — essentially barred the immigration of East Asian women into the U.S. under the assumption that they’d all turn to sex work. The law bound Asian women’s ability to immigrate with marriage status and led to a massive gender imbalance in Chinatowns across the country. With the addition of segregation, this scarcity meant that the typical American male had very little interaction with actual Chinese women.

These days, “the ‘sideways vagina’ is like when kids on the playground who pull their eyes sideways and chant ‘Chinese, Japanese’ are starting to learn about different parts of the body,” explains Rachel Kuo, a founding member of the Center for Critical Race and Digital Studies. “It’s both a tactic to point out that you look and are different, where the intentions range from being mean-spirited to being curious. Either way, it’s a question designed to make one feel uncomfortable.”

The other stereotype/joke about Asian vaginas, of course, is regarding their size. For instance, Amy Schumer has a whole bit where she talks about how she can’t compete with Asian women because they have the “smallest vaginas in the game.” (Internet users, obviously, are more than happy to chime in and speculate on this as well.)

This is all, medically speaking, bullshit. “The vagina size, meaning the size of the opening, varies on a woman’s stature,” says Adeeti Gupta, founder of Walk In GYN Care. “I’ve delivered and examined various races of women, and [vagina size] is very individual depending on the person.” (When I ask her if Asian women have sideways vaginas, she immediately answers, “No!”)

Needless to say, such stereotyping can lead to feelings of disassociation, shame and self-hate — whether the comment is intended as a compliment (“smallest vaginas in the game” or “big black cock”) or an insult (“sideways pussy” or “small Asian penis”). “At that age, I didn’t have the best self-esteem when it came to looks, identity and race,” says Tan, who is now 26 and works in publishing. “I think maybe I’d conditioned myself to be flattered by any attention, even if I knew there was some racism happening, like I thought that was the best I could get.”

“The conversation made me think less of me,” she continues, “when it really should have been the other way around. I obviously think less of him now.” 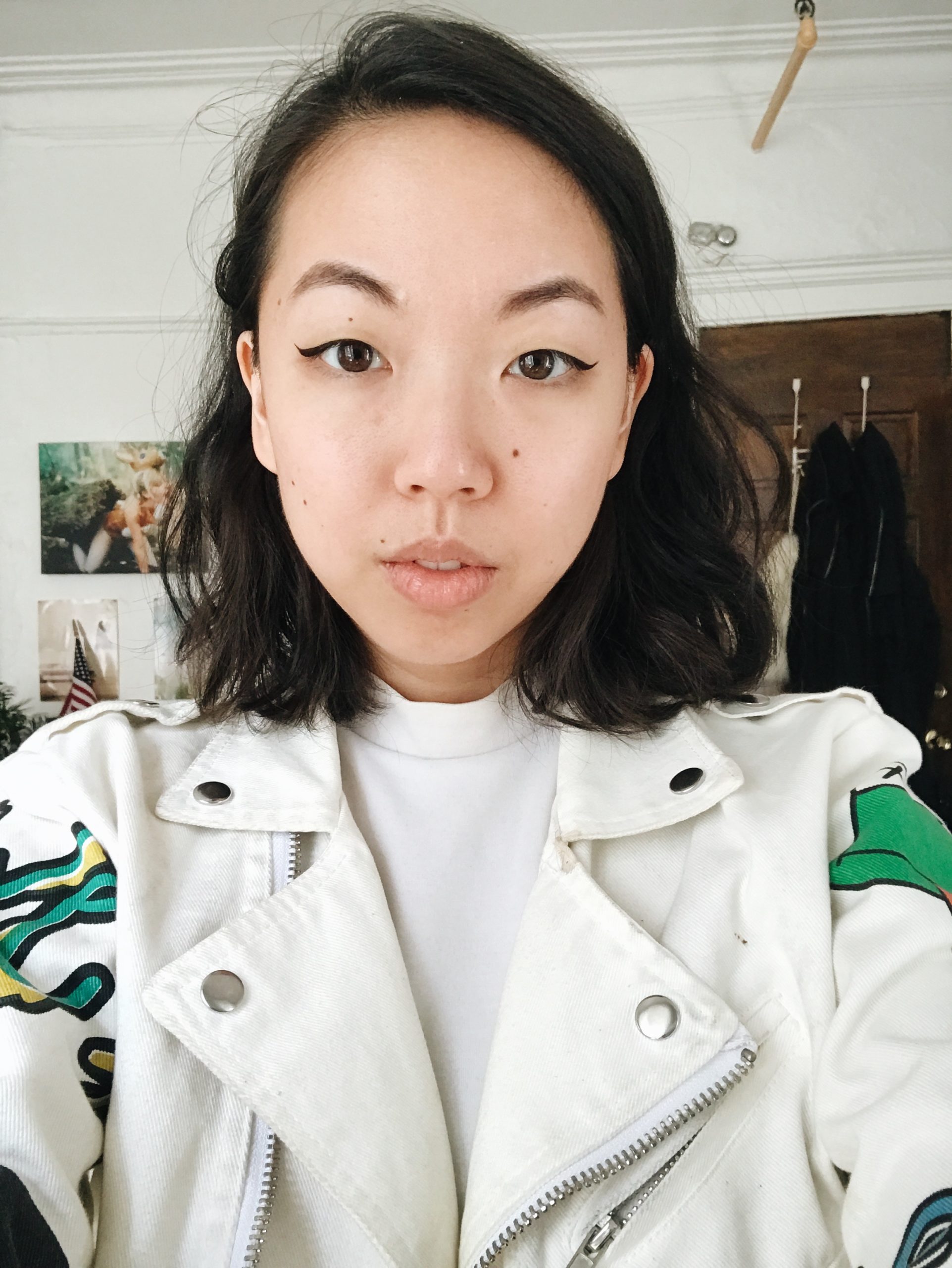 Tiffany Diane Tso is a freelance journalist, writing on topics surrounding culture, identity, advocacy and policy. She's been published in Slate, Allure, HuffPost, Paper and Refinery29, among others.