Porn-Set Bromances, The Dirt on ‘The Dirt’ and the Moist Reality of Letting Your Apple Watch Rot Your Skin Off

I’m not entirely sure why anyone would be surprised to find what is essentially jungle rot under their watch band when they barely take the thing off, as our own Quinn Myers did. It actually makes perfect sense, considering that one might describe the affected area as “moist.”

It’s never a good thing to be “moist.”

In fact, just hearing that word makes me want to run in the other direction. It’s the bear mace of the English language, right up there with “supple,” “panties,” “squelch” and “yeast.” Shudder. 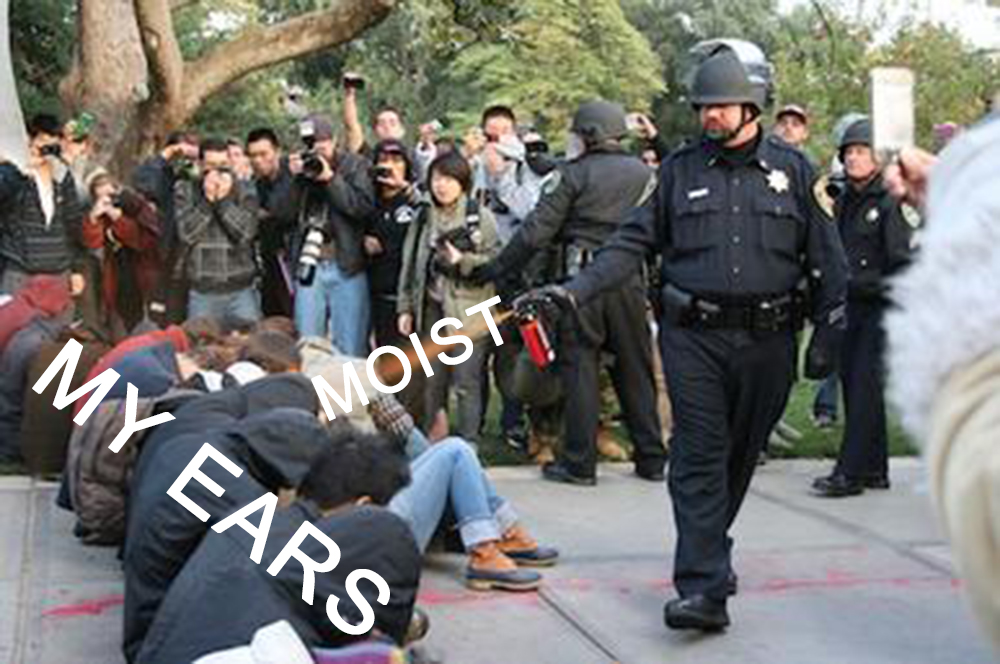 Anyways, if you’ve got some moistness after wearing your watch too much, lop that thing off at the wrist before it gets in your hand and goes bad.

A Film Critic On… ‘The Dirt’

On breaking new ground: “The Dirt manages to do something no rock biopic has ever achieved: It’s a movie about a terrible band that never once tries to convince you that they’re actually great.”

On the acting: “Excess may be The Dirt’s grand subject, but the movie is populated by the biggest collection of dullards I’ve ever encountered. I don’t even think [the film’s actors] are inept performers — if anything, they’re too good at conveying the utter vapidity of these bozos.”

On how the film’s poor use of breaking the 4th wall informs a better name for it: “Asshole Goodfellas.”

On The Dirt’s humanity, or lack thereof: “It’s a cartoon of Sunset Strip decadence that has nothing to rail against and very little sense of pathos.”

Read the rest of Tim Grierson’s hilarious takedown of The Dirt, here — including his investigation into whether the movie’s portrayal of snorting ants is actually a thing; the war between Guns n’ Roses and the Crüe; and a recounting of the time in 2011 when Grierson asked the band who should play them in a movie.

Down with the Thiccness

Winston Duke (epic name, btw), the breakout star of Black Panther and now, Jordan Peele’s Us, is a dude whose massive thighs are getting their righteous 15 minutes of fame, and we’re here for it:

Miles Klee explains how Duke’s thighs are no flash in the meaty pan, however. In fact, if the internet’s collective thirst over the actor’s ham hocks are any indication, the days of “skipping leg day” might be gone forever.

Patriots tight end Rob Gronkowski retired this weekend, marking the end of the career of one of the NFL’s most unique — and uniquely great — players. The primary quality that set “Gronk” apart, among today’s landscape of socially conscious athletes and MAGA-loving coaches, is how you couldn’t pin him down. He was a genius on the field and an ineffable bro off of it, and even the most jaded, Pats-hating fan owed him a begrudging respect.

The Spit Slick: An Investigation

On Friday, MSNBC reporter Matt Bradley caused many a coffee-covered keyboard when he was caught on live TV slicking his hair back with spit while reporting live from war-torn Syria:

We’ll give Bradley a pass for his unconventional styling regimen, as much of the internet did, because the dude is reporting from Syria with his ass on the line. But it’s got to make you wonder: Is the mis-coiffed man on to something, here? Should we all just be using saliva instead of regular hair products? After all, he’s hardly the first:

Ian Lecklitner investigates the efficacy of the spit-slick maneuver.

Coffee has been good, as is, for hundreds of years. Sure, you might be partial to a little cream, maybe a packet of sugar in your morning joe, but the recipe hasn’t changed much since we first started consuming the stuff back in the 16th century. So it’s strange that, all over, people are suddenly “hacking” their coffee — adding butter, CBD, mushrooms and more. So is there something the rest of us are missing that makes coffee the ideal mixer for whatever miracle health powder is currently being peddled? In fact, coffee does have certain characteristics that might encourage people to get their hack on.

Lay Off My Man T. Rex

Claiming that T. rex was anything but the badass King of the Dinosaurs is revisionist history, okay? I don’t care what pop culture, or “science,” has to say about it, either. 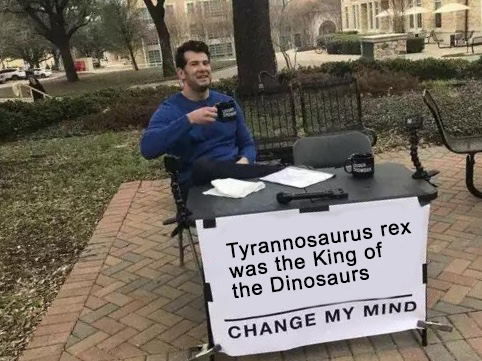 Pretty Moist Under There

Quinn Myers recently received an Apple Watch for his 30th birthday, and while the thing requires a daily charging sesh to be anything more than a paperweight, Myers has found that, other than that, he literally never takes the thing off. Still, despite his obsessive usage, it was disconcerting to discover that, when he happened to catch a whiff of his wrist one day, he noticed a weird smell. Turns out that when you rarely take off your watch — or rings, or fitness tracker — bad shit can happen under there from all that residual moisture.

Rain or shine, hurricane or cyclone, tits are so intrinsically good that you can’t even ask why they’re good, because that’s how good they are all by themselves, no questions asked.

But what makes them great? Tracy Moore charts a path toward a global tit consensus.