What’s in This?: Subway’s Meatball Marinara

What happens when I take all 12 inches of this fast-food legend?

When I was growing up, Subway was everywhere. In fact, at one point, it seemed like every business with a spare 30 feet of wall space and a refrigeration unit had a Subway in it. This meant that if I wandered into the right Michigan party store (i.e., a liquor store that also serves up smokes, soft drinks and every snack you can imagine), I could have left carrying a bottle of Glenlivet, a pack of Swisher Sweets, some fireworks and a footlong steak-and-cheese Subway sandwich. Now that’s what I call shopping for the essentials!

One Subway sandwich I’ve never tried to this day, however, is the Meatball Marinara, which, frankly, is a shame. Or is it? Before I spend the rest of the day languishing in regret — or running immediately to my nearest Subway, which like I said, is probably about 45 seconds away from my house — let’s first see exactly what that meatball sub is doing to my insides.

Beef: The word on the street is that Subway initially discontinued its regular roast beef because it was the most expensive protein on the menu. The guess here then is that whatever meat is ground up for inclusion in Subway’s meatballs, it’s of a lower grade than the higher-quality meat that was eliminated due to cost-cutting measures.

Water: Classic H20, the likes of which Kevin Costner would float a multimillion-dollar box-office bomb upon.

Enriched Wheat Flour: Subway comes right out and tells you what their wheat flour has been enriched with — niacin, reduced iron, thiamine mononitrate, riboflavin and folic acid. Translation: You’re receiving a respectable range of B vitamins.

Salt: Classic sodium. You’ll be seeing plenty more of this.

Soybean Oil: Among the healthiest of the cooking oils, soybean oil has lots of vitamin K and has been linked to promoting bone fracture resistance.

Yeast: The stuff that eats sugar to make bread rise. It’s the same process that turns the juicy extract of grapes into wine, or turns wort into beer.

Textured Soy Protein Concentrate: This is a meat substitute designed to make the meatball look meatier and thicker than it otherwise would. We’ve also probably unearthed the cost-cutting measure that helped the meatballs stay on the Subway menu when the roast beef was given the axe.

Seasoning: This seasoning contains the two core components of just about every major seasoning: dehydrated onion and garlic. They contain many beneficial components, but a surprising number of people have a strong sensitivity to fructans and need to steer completely clear of them to avoid irritable bowel syndrome, and a host of other issues.

Soy Protein Concentrate: Apparently this is the untextured variety, which still thickens the meatballs, and also helps them to maintain their spherical shape.

Romano Cheese: An Italian cheese known for being hard and salty. Here’s another one to chalk up in the salt column.

Tomato Puree: This is made by adding water back into tomato paste, which consists of tomatoes that have already been cooked for several hours.

Tomatoes: We’ve got to work some real tomatoes into the sauce for the sake of appearances.

Sugar: Making sure the sauce is nice and sweet.

Soybean Oil: Some more vitamin K for your system.

Salt: Sodium in the meatball, sodium in the sauce. Keep this in mind before you ask them to add extra table salt to your sub before they wrap it up.

Modified Corn Starch: In this case, the “modified” refers to corn starch that has been altered to make it more useful for cooking. Generally speaking, all of these modifications are intended to help improve the consistency of processed foods.

Dehydrated Onions: All of the onion in this thing is going to wreak havoc on your breath, so take a hint, and a breath mint.

Parsley: A fantastic source of vitamin K whenever it’s not being scraped to the side as a worthless food decoration.

Spices: Possibly a legally protected blend, but we’re going to go out on a limb and assume it’s some sort of Italian seasoning, the components of which are all reputed to have a host of health benefits.

Citric Acid: A flavor enhancer and a preservative.

Yeast: More yeast, which might be put to better use in your favorite craft beer.

Sugar: A few more empty calories for your belly.

Wheat Gluten: Added to low-protein wheat blends to improve the rise and elasticity of the bread.

Lettuce: Classic, crispy and watery, with a satisfying crunch, and no vitamin content to speak of.

Onions: Jumbo red onions, which an ogre and a donkey could use to make a layered analogy, or which could be used to halt the growth of cancer cells and lower your cholesterol level.

Tomatoes: Big fresh tomatoes, the likes of which Mario could rely upon to give Wart indigestion, but which should provide you with plenty of lycopene to help you ward off cellular damage.

Green Peppers: Hopefully the staff at Subway has cut these bell peppers with the same care demonstrated by chef Gordon Ramsay. However, even if they butcher those peppers beyond all recognition, they should still provide you with all of the vitamin C you’ll require to remain healthy.

Cucumbers: If you’re not going to use your cucumbers the way they were intended — to add flavor to your Hendrick’s gin or to make spicy dill pickles — I suppose there are worse places they could end up. Besides, they’ll help to freshen your breath after you’ve finished downing all of these Italian-inspired seasonings.

Man, this is a tough one. If you opt to split this sub into two six-inch pieces, you’ve got two reasonable meals on your hand that have provided you with some respectable quantities of many important micronutrients and macronutrients without going over the top.

However, if the entire footlong sub is intended to be one of three daily meals of similar size and potency, you’ll need to take precautionary steps on three different fronts, because a single footlong Meatball Marinara will provide you with 70 percent of your recommended dose of saturated fat, almost 80 percent of your recommended allocation of sodium, and for most people, a full half of your daily quota of calories. 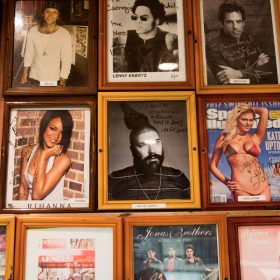