Lyman was there one day, and gone the next. Some say he moved away to manage a hotel; others say he — or at least his body — never left Jon’s basement

In the spring of 1983, a man went missing. He was caucasian, had dark brown hair and was known to wear a mustache. His name was Lyman, and he was the owner of a yellow dog named Odie. He was last seen on April 24, 1983 at the home of his roommate Jon Arbuckle, who had suffered an unusual bathroom injury earlier that day. Lyman’s whereabouts remain unknown to this day.

If you aren’t intimately familiar with Garfield comic strips from the late 1970s and early 1980s, Lyman was a character introduced on August 7, 1978 as Jon’s roommate. His only really remarkable characteristic was his squiggly mustache. According to Garfield cartoonist and writer Jim Davis, Lyman was there to give Jon someone to talk to, but Garfield himself would eventually take over that function, so Lyman was gradually phased out.

For a small handful of Garfield stans, though, the reasons behind Lyman’s disappearance are far more sinister. For example, there are entirely made-up fan theories that Odie killed Lyman or that Garfield is a mutant creature that continues to drain Lyman’s life force. The most compelling one is that he was abducted by aliens. Below you’ll see a strip mentioning Lyman from 2013, but this text was altered. In reality, the 2013 comic strip did show Lyman on the front page of a newspaper, but the dialogue didn’t mention him. Instead, it was a joke about aliens, which is what gave birth to the abduction theory.

While the fan theories are fun, they’re nothing compared to what has been offered up by official Garfield-related media and Jim Davis himself. To start, let’s go back to a book from 1998 that celebrated 20 years of the lasagna-eating orange cat. 20 Years & Still Kicking! Garfield’s Twentieth Anniversary Collection was written by Davis and included favorite comic strips and a character guide. In it, Lyman received his own bio, along with a list of “Top Ten Explanations for Lyman’s Disappearance”:

Some of these explanations can be easily ruled out. Marilu Henner played Elaine on Taxi and Hoffa went missing in 1982, a year before Lyman followed suit. The rest are difficult to verify, but there are startlingly compelling reasons to believe that Lyman is — or was — in Jon’s basement, and that Jon tortured him until finally beheading him some time later.

Case in point: In 2011, Garfield starred in an online Flash game called Garfield’s Scary Scavenger Hunt. In it, Garfield goes to a haunted mansion, and in the basement, he finds Lyman chained to a wall. Lyman even asks Garfield for a muffin.

Whether or not Jon is responsible for Lyman’s fate isn’t answered, but things get even more dire in the sequel, Garfield’s Scary Scavenger Hunt II: Donuts of Doom. Back in the same mansion, Garfield finds Lyman once more — or part of Lyman. In the kitchen, Garfield is able to open the oven, and inside is Lyman’s severed head.

It’s not as much of an open-and-shut case as you’d think, though. In fact, Davis has offered up some alternate explanations, including that Lyman joined the Peace Corps, and that he went to an Amway conference and was never heard from again. That said, his remarks were from 2005 — i.e., before the Garfield Scary Scavenger Hunt games were made — and he offered nothing as compelling as the imagery from them.

Thankfully, the darkness lifted a bit in 2014. In a four-part episode of the CGI cartoon The Garfield Show, “Long-Lost Lyman,” Odie misses his old owner, so he, Jon and Garfield set out to find him. Eventually, it’s discovered that Lyman has been living in the jungle, posing as a Bigfoot-like creature to protect it from poachers. However, many die-hard Garfield fans don’t consider this series “Official Garfield Canon,” and they prefer the explanation that Jon is a vicious murderer (though, why a little-seen online Flash game is considered canon doesn’t seem to be an issue).

Here’s where it’s probably important to note that Lyman was kind of an asshole. There may be just a single piece of evidence to support this, but that’s truly all you need. In a strip from August 15, 1978 — just a week after Lyman moved in with Jon — Odie goes to the bathroom on the floor (he’s a dog, they do that). But rather than teach the dog or blame himself for a failure to train Odie, Lyman chokes Odie while paddling him with a newspaper.

In light of this, what appeared in the anniversary book and what we saw in the Flash games, I’m going to side with the fan theories that Jon killed Lyman — but not because Jon is some horrible person. Instead, I’m going to propose that Lyman pulled this abusive shit in front of the animal-loving Jon, and Jon did what any concerned citizen would do: He locked Lyman’s ass in his basement for nearly 30 years before beheading him and roasting his skull in an oven.

Good for you, Jon, Lyman had that shit coming. 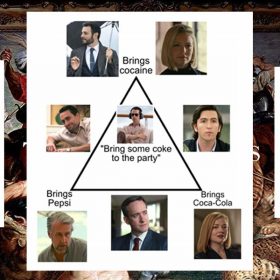 Here’s What I Think ‘Succession’ Is About, Based Solely on the Memes 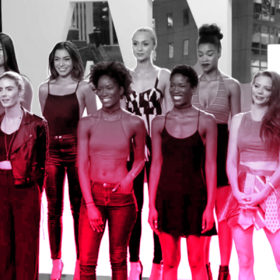 We Were All Rooting for ‘America’s Next Top Model.’ Now We’re Holding It Accountable.