Three years ago, I wrote about the exceedingly dumb New War on Marijuana that lay ahead. The piece was inspired by faux intellectual Malcolm Gladwell’s interest in the crackpot theories of the writer Alex Berenson, who had come to believe — contrary to the experts — that cannabis use was leading to psychosis and violent crime. By 2020, Berenson had morphed into a COVID-19 truther who wanted all pandemic guidance lifted; later on, he joined the anti-vaxxer movement. Twitter banned him for misinformation in August 2021, prompting him to sue the tech company for violating his First Amendment rights. (Which is not how these things work.)

That should give you a sense of how seriously to take the arguments of anti-pot crusaders raising the alarm as more states legalize the drug for both medicinal and recreational purposes. But Berenson’s banishment from one website, alas, wasn’t the end of the bad-faith discourse he led. Other contrarians were waiting in the wings to exaggerate potential downsides of a transformed cannabis market and stoke fears that the devil’s lettuce is causing great harm.

In just two tweets, U.K. reporter Eve Simmons exposed the distance between some of the more outlandish moral panic from Berenson types (“public health disaster”) and their meager anecdotal evidence (“I smelled weed outside the other day when children were present,” she frets, as though L.A. didn’t have hundreds of daycare centers close enough to freeways to cause real respiratory problems.) Among many vague and unsourced claims that “scientists” and “studies” show one thing or another, Simmons’ primary medial source is Roneet Lev, who served as chief medical officer of the White House Office of National Drug Control Policy for the Trump administration at a time when the president was spreading one lie after another to downplay the COVID-19 pandemic. (On Twitter, she still follows everyone from Trumpworld.) 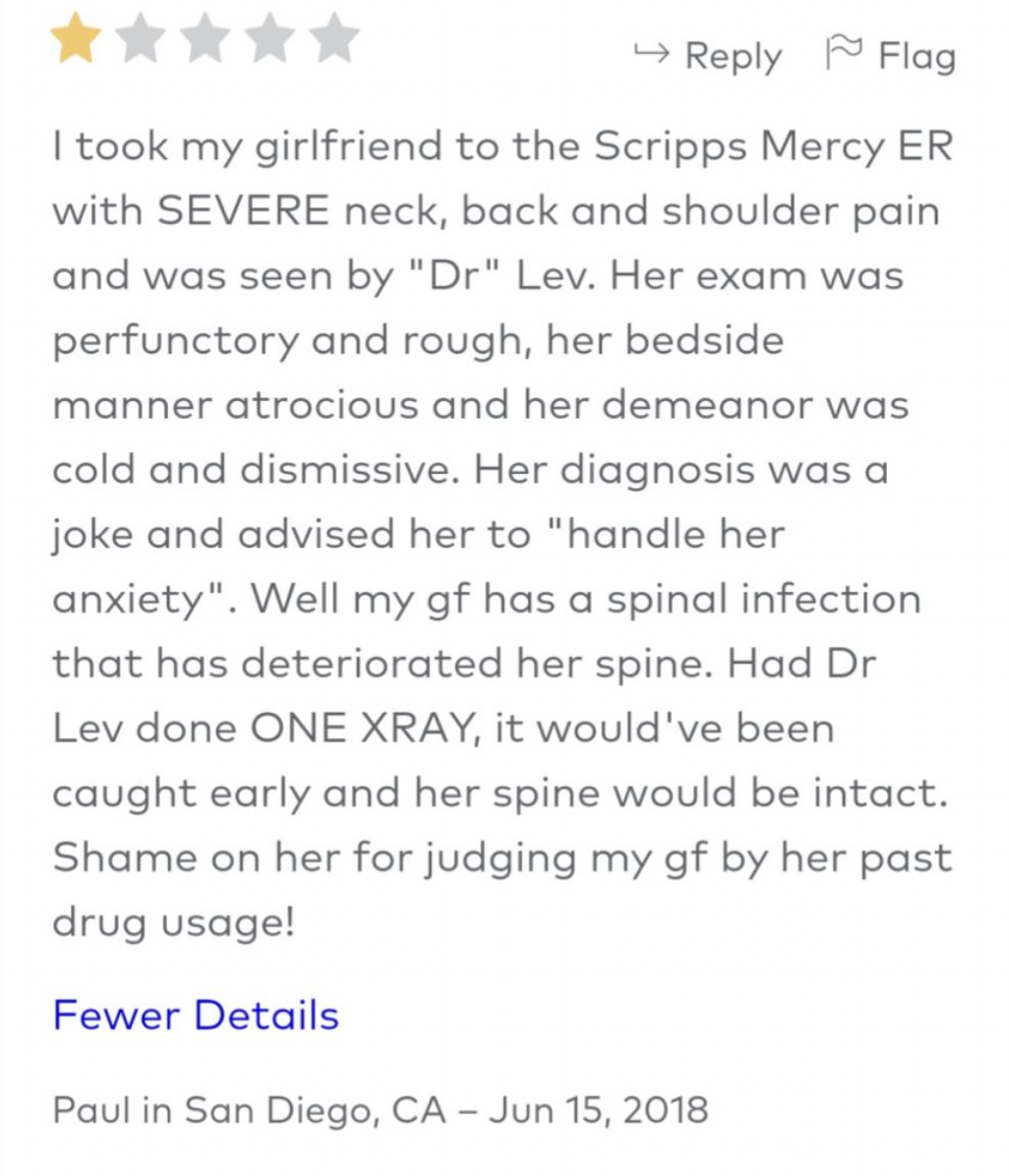 The greater problem is that allegedly explosive findings by Simmons and her ilk misrepresent both what we know and how much we know on these subjects. The article has her alluding to a teen’s death from opioids as though marijuana can be blamed through the debunked principle of the “gateway drug,” along with a frankly offensive caricature of a real, extremely rare condition, cannabinoid hyperemesis syndrome, as a common affliction called “scromiting,” a portmanteau of “screaming and vomiting” pushed for years by — you guessed it — Lev and the anti-cannabis lobbying groups that have designated her a spokeswoman of the movement.

It does nothing to help the statistically few daily long-term users of cannabis who develop the severe nausea associated with CHS (the cause of which still isn’t understood, by the way) to act like dozens of people are being wheeled into emergency rooms every day puking and shrieking from one puff too many. But it will lead other media outlets to echo that sensationalism in order to advance and reinforce the shoddy narrative that legalization has led to widespread harm.

For decades, cannabis advocates noted that federal prohibition prevented the necessary research on its effects. Now we have millions of people buying and consuming it legally, an unprecedented opportunity to examine the benefits and risks without legal interference, but some would rather continue the century-old tradition of pseudoscientific alarmism that sought to eliminate weed as a threat to the chemical status quo. Honesty, transparency and methodical rigor are needed, not buzzwords that provoke either unfounded distress or mocking dismissal. Otherwise, weed could land right back where it started: in the middle of a culture war.