The Lasting Legacy of Cyd St. Vincent and His Bonus Hole Boys

In the infamous carol “The 12 Days of Christmas,” the singer brags about all the bossy gifts their “true love” gave them for the holidays. But since since six geese-a-laying and a bunch of turtle doves seem unsanitary — not to mention a violation of city ordinances — we decided to gift you with 12 of something better: A handful of sex workers you should absolutely know about. Whether they’re becoming literary superstars, breaking the “stunt cock” mold or literally embodying gay Jesus himself, they’re the real gifts we need this Christmas. And no, not one of them is a turtle dove.

Though it’s no longer active, the site’s landing page still comes with a telling disclaimer: “You will see authentic sex on this website, some of which has rarely been depicted in video before.” Underneath this message is the naked, tatted-up body of St. Vincent, making out with some hunk under what appears to be a shower. The site’s mission was simple and direct: Depict cis guys fucking trans guys in a plethora of kinky, hardcore situations.

The story of Bonus Hole Boys begins in early 2000s San Francisco. St. Vincent spent his teenage years shuttling between New Mexico and Australia, and they were fraught with confusion. At the time, all he understood about himself was that he was “definitely not heterosexual,” he says with a laugh, but soon he began slotting pieces of his puzzle together. In his late teens, he came out as bisexual; a few years later, he came out as a trans man and moved to San Francisco.

St. Vincent had been a sex worker before moving to San Francisco, but transitioning opened up a new set of challenges. “The transition from escorting as a woman to escorting as a trans guy was harsh,” he tells me. Pre-transition, he had more clients and less expectation to engage in draining conversations around gender and identity. When he started presenting as male, he did find some clients — “but they were pretty rare and very, very fetishistic,” he explains. “People didn’t really know who I was and what to do with me.”

Despite this stigma, trans people were slowly but surely trickling into industry — but the variety of bodies on display, as well the depictions of how they wanted to be fucked, were still relatively limited. In particular, there was a dearth of what St. Vincent calls “gay men who just happened to have a vagina,” which is how he defines himself. As a result, the cis gay guys who paid to fuck him as an escort often left their sessions feeling confused. “Guys would have sex with me, and afterwards they’d say, ‘Okay, so does this make me straight?’” he tells me.

In fact, for St. Vincent, the site was more of a vehicle for his own fantasy fulfillment than anything else. “One of our first shoots was with [gay performer] Mickey Mod, and I definitely wrote that scene around my fantasy with him,” St. Vincent laughs. “I get to have sex with this guy and do it exactly how I want? Great! I think he fisted me while fucking me in the ass, and that was a new experience for me.”

Casting wasn’t easy though. Transphobia was as rife in the gay community then as it is today, and St. Vincent was met with his fair share of it. Even in 2018, when he was cast in a cis gay porn scene, he was scorned by Twitter trolls, who couldn’t wrap their head around the fact that some men have pussies. Thankfully, Libris’ performer connections at Kink.com were largely happy to take part in the scene instead. “We were really lucky to have the site’s young, gay male actors work with us, because it was a huge risk for them,“ St. Vincent explains. “They were willing to work with us despite the stigma and backlash.”

Plenty of this stigma came from the idea that shooting with trans guys made you a “crossover performer” — in other words, someone who fucks both men and women. “I know a lot of cis guys that worked with us got feedback like, ‘Oh, are you straight now?’” he explains. There were the fans to consider, too. “I don’t really give a fuck about gender from a personal level, and it’s not really interesting to me to think about the parameters of what classifies as gay porn and what doesn’t,” St. Vincent continues. “But we were also trying to anticipate what our mostly cisgender audience would be able to hold on to, understand and respond positively to.”

Because of all this, St. Vincent also wanted to raise awareness of how to treat trans guys, how to talk to them and how to fuck them. Post-scene interviews — which had been done before on sites like Kink.com but were still a relatively new idea — became a good way to have these important but lighthearted conversations. In one chat with performers Viktor Belmont and Ruckus, Ruckus advises cis gay guys like himself not to let “dated-ass bigotry” get in the way of fucking trans men. “If you like fucking guys, you’re going to like fucking any guys,” he shrugs nonchalantly as he eats a slice of pizza. “If you connect with someone, what does it matter if their dick is a different size or shape to yours?”

Details like these are important to the story of Bonus Hole Boys. “I think that, a lot of the time, porn directors are like: ‘I’m going to give you money, so you’re going to do what I want.’ But that doesn’t work for a lot of trans guys,” St. Vincent explains. Dysphoria — basically, the feeling that your body doesn’t line up with your gender identity — can be a bitch, and it can color trans sex lives in a big way. Some trans guys might feel triggered by being asked to film in certain positions, while others may not vibe with the way directors or crew refer to their genitals. “Really, a lot of what I did was on the back end of things,” continues St. Vincent. “I’d be present with these guys on-set so they could talk through any fears, and tell us exactly what their boundaries were.”

When St. Vincent left San Francisco for New York in 2015, maintaining Bonus Hole Boys became a lot harder. The time and cost of creating independent content started to weigh on him, and his shooting schedule dwindled. He briefly dipped his toes into OnlyFans, but he found it just as time-consuming — if not more so — than making his own studio porn. “It really is a full-time job,” he says. “If you really want to do OnlyFans, you have to be constantly online, whether that’s creating content or making connections with people on Twitter. I prefer a world where I can just have sex with somebody for money, you know? That whole idea of having to be constantly on just meant that OnlyFans really wasn’t for me.” To this day, PinkLabel.TV remains the best place to see St. Vincent and Bonus Hole Boys in all their glory. 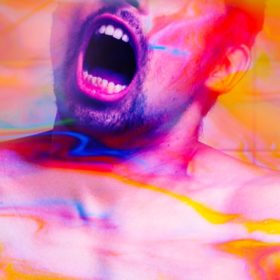