Crying Jordan Is the Meme of the Decade

Inevitable and inexhaustible, the NBA legend's tear-streaked face said it all

On September 11, 2009, the NBA superstar was inducted into the Basketball Hall of Fame. He gave a speech; he cried. Associated Press photographer Stephan Savoia was there to capture his shiny, red-eyed, tear-streaked face — an image that was to become unexpectedly indelible.

There are a number of memes you could argue as “the best of the decade,” or “most definitive” of the past 10 years. It was a boom time for frogs: Kermit, Pepe, Dat Boi. Earlier on, the normie energy of other animals — like Doge and Grumpy Cat — was hard to outmatch. (The less said about Harambe, the better.) Toward the end, Distracted Boyfriend showed real endurance. Both Drake and Tiffany Pollard were mainstays, as was practically all of SpongeBob SquarePants. The Rage Comics of 2010 vintage told us something of where we’d end up in 2019, dropping Galaxy Brain, “Is This a Pigeon?” and “Sir, This Is an Arby’s” to convey a broken discourse.

There was also Spider-Man Pointing at Spider-Man. That often came in handy.

But Crying Jordan was, to use my editor Cooper’s analogy, “the Forrest Gump of the decade.” It saw us through the entire stretch, witness to every agony and dishonor. The image of a steely champion dissolved in emotion was perhaps the exact match for a time that took us, cruelly and inexorably, from the first black president to… well, you remember. On the evening of the 2016 election, as unfathomable returns rolled in, Jordan mourned for us all. 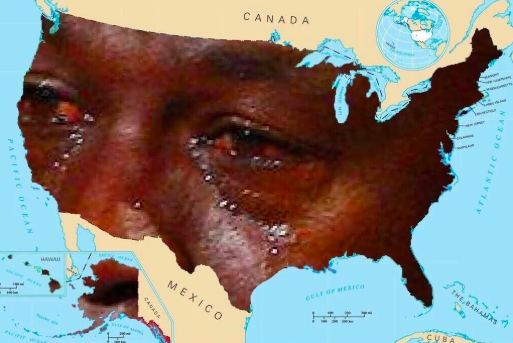 By then, Crying Jordan had already outlasted and out-influenced a small universe of rival signifiers, assuming the mantle not only of the zeitgeist but of history. Nothing so succinctly summarized a painful result, the kind that is today quite familiar. In practice, a Crying Jordan is a reply, a response, that needs no additional commentary. The face says everything and more.

It was earlier in 2016 when Amanda Hess, for the New York Times, declared Crying Jordan “The Meme That Just Won’t Die.” Four years earlier, the first known exploit of Jordan’s apparently distraught look emerged, making it seem as if he were crying over his $275 million deal to take majority ownership of the Charlotte Bobcats (now Hornets), who had that week concluded the worst season ever for an NBA team, winning barely 10 percent of their games. Hess argued that the meme’s popularity since — first in a sports context, then everywhere — was tied up in this idea of the broken alpha male, the mesh of old-school masculinity that’s been steadily unraveled by the generations following Jordan’s. “The meme revels in the contradiction between [his] legendarily aggressive persona and his free-flowing tears,” she wrote.

“Aggressive” is a euphemism. Next to his awesome feats of athleticism, Jordan is perhaps most infamous as a “jerk,” a “dick,” the “greatest hater” and “just plain mean.” Tales of him tormenting and abusing both rivals and teammates are inseparable from his mythos of complete dominance. It matters, I think, that his tears at the Hall of Fame ceremony weren’t a sign of defeat, or basic humility: He cried while reciting anecdotes of his career. He cried because this was it, the highest of holies, the zenith — he wept, for there were no more worlds to conquer.

His vulnerability, then, extends as far as being sentimental about his success: not very far at all. As such, our appropriation of Crying Jordan as the mask of inconsolable grief was the snatching of defeat from the jaws of victory. It showed how a celebrity or symbol, absent original background, can be swiftly and absolutely bent toward the agenda of the peanut gallery. The power of the digital masses is to guarantee that despite your triumphs, you can be made to represent the opposite. A current running through the Crying Jordan is our spite for this superhuman icon, who cannot be brought low unless by our tacit agreement to resituate him in the culture. The dispute as to whether Jordan is personally rankled by the memes (his PR reps claim he’s not, while some say he sorely dislikes them) even opened the door to the tantalizing meta-possibility of Jordan crying at the sight of a Crying Jordan. Mirrors unto mirrors. 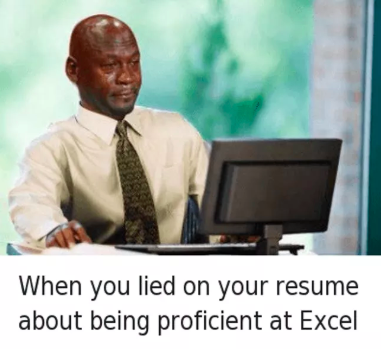 But as well as measuring the terrifying scope and reflexive genius of the hive mind — the Crying Jordan is simultaneously inevitable and inexhaustible — this meme projected the internal death that came for those who could not log off. As the song goes, no one here gets out alive. A Crying Jordan lurks around any corner, and the next one could be you. In his bleak, staring vigil, he captures the moods of other memes that have left a mark in recent years: the wordless surprise of Blinking White Guy, the topsy-turvy panic of Confused Mr. Krabs, and the depressive acceptance of “This Is Fine.” Crying Jordan rolls these varied feelings into a single picture that resonates for failures great and small. We like to suppose we are decent, that we can ever prevail. But we’re always stunned, beaten back, humiliated and finally left to sit in our shame.

Dunking, one of Michael Jordan’s noted talents on the court, is an online pastime, too. No matter the hour, people are firing up their social apps, ready to posterize the stranger who authored that day’s dumbest viral take. It is the ultimate inversion of the Jordan brand, and the astounding legacy of this meme, that the Crying Jordan is a cipher for the dunked-on party, never the dunker.

Through its evolutions, what we are maybe trying to communicate is the flaw in our capitalist binary of winners and losers. When Barack Obama awarded him a Presidential Medal of Freedom, he quipped that Jordan was “more than just an internet meme.” Fittingly, Jordan was already crying again, as if he had succumbed to the bit. You begin to wonder how the youth of decades hence will piece together his story. For us, he’s a hero in the game, transformed into a joke. In the future, kids will learn that the crying man was also the GOAT.