What will we do when all we can find in the grocery is a dusty can of beets instead of the Kraft mac we crave? Improvise.

On the third day after the mayor of L.A. ordered all “non-essential” businesses and gatherings to shutter, I ran out of fresh food to eat.

The empty fridge meant I’d have to leave the warm cocoon of my apartment, and given all the paranoia about COVID in the (metaphoric and perhaps literal) air, suiting up for a walk to the supermarket felt a little like going exploring on the moon. But there was nothing new to discover at the end of my 15-minute trek — just my usual supermarket, still brimming with so much food that for a second I forgot a global pandemic is underway.

It didn’t take much inspection to see things were missing, of course. The bakery rack for loaves of white bread stood empty, and the meat section was bare of everything but beef, lamb and smoked goods. Nearly all the pasta had disappeared, taking the instant ramen with it. And the one thing I wanted most, a carton of eggs, was nowhere to be found.

It was easy to tell that the absence of staples worried shoppers around me; several people were on the phone, rapidly debating what to buy instead of the thing they planned to grab. I sympathized with one woman, who stood dumbfounded at the lack of all poultry and pork. “What the fuck is going on?” she exclaimed to nobody in particular. 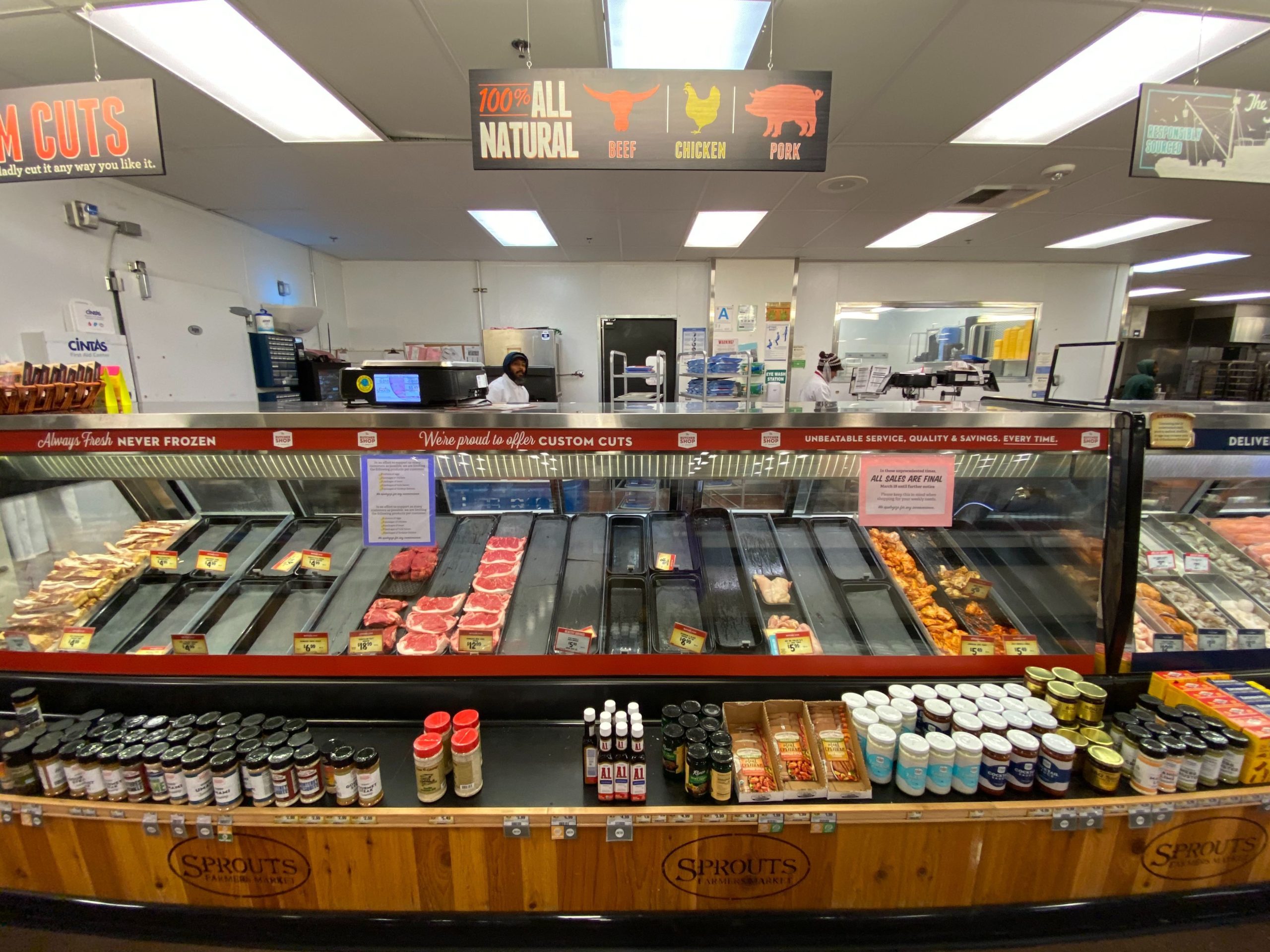 This is, for now, the new normal. But it also feels like the perfect living diorama to show the rift between what we think we need and all the choices we actually have. Soviet leader Boris Yeltsin once famously marveled at the sheer excess found in the prototypical American supermarket; I wonder if his ghost from 1989 would even notice anything wrong in my store today.

That these shelves can and will refill again, week after week, is a testament to the might of our infrastructure. But what will we do when given a dusty can of beets instead of the Kraft mac we want?

For much of humanity’s past, cookery was a barometer of your ability to transform all the things you could gather — of your ability to think on your feet. It’s the game every working-class person on a tightrope food budget knows by heart. And now, it’s a game the rest of us have to learn to play, too.

With a little luck, it’ll just remind people that making meals for yourself is a salve, not a chore. I often forget this lesson, too — while I love cooking for others, it feels a little lonely to meal-prep by myself. But the calls for social distancing, and the need to stay fit and feel strong while cooped up in the house, has put the shine back on the job of preparing food, at least for me. We’re all scrambling for a sense of control these days. Feeding yourself is about as obvious of a symbol of control as you’re going to get.

Instead of wasting money on delivery fees, I decided to splurge at the market by copping a big hunk of raw wild tuna, an ingredient that I often crave but can’t afford. Diced into small cubes and tossed with soy sauce, sesame oil, Thai chili sauce, sliced onion and a dollop of mayo, it became spicy tuna poke, perfect over a bed of white rice, and a dose of comforting nostalgia from a youth spent in Hawaii. I left a chunk of fish for today’s lunch: pan-seared tuna with a dead-simple lemon vinaigrette, all over a mess of spring greens. 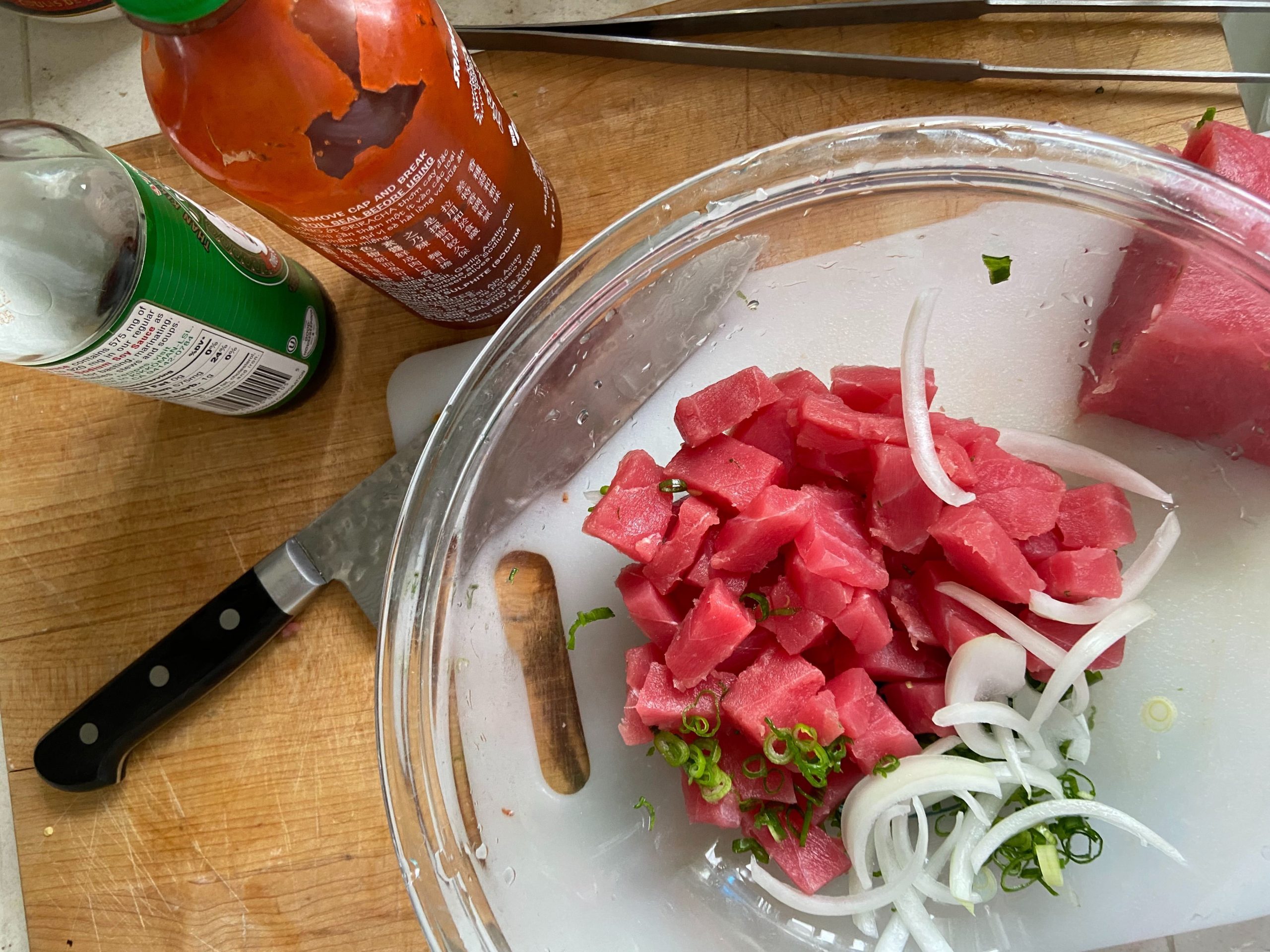 I picked up a rotisserie chicken, too, for the moments I knew I’d be glued to the couch, lazy beyond words. For yesterday’s dinner, shredded chicken became the garnish on a package of instant Korean black-bean noodles (yes, the one from Parasite) that I found in the depths of my pantry. This afternoon, I ripped off a drumstick from the fridge while bored, because that’s just something that happens once I keep seeing a rotisserie chicken in the fridge. I’ll probably have more of the chicken, maybe seared with some Mexican spices and served in tortillas, for dinner tonight.

Meanwhile, my entire apartment is perfumed by the smell of beef simmering in a broth of just water, garlic, onions and carrots. The supermarket might’ve been out of ground beef, but an on-sale chuck roast will do just fine when I’m looking for meat that’ll feed me in six diverse ways. And there’s something about the warm aroma in the air, too.

These are pragmatic things, but this also feels like a time to splurge and experiment and resist staying stuck. For me, the new project is dough, something that intimidates me even as I spend time interviewing people on, um, how easy it is to make bread and pizza at home. I might even screw around and craft hobo meals out of canned goods (including beets) to put on my little charcoal grill, just as a form of camping cosplay.

Being cooped up at home, even if it’s mostly illusory, has real impacts on the brain. I can’t help but notice that I feel much better moving in the kitchen than waiting for pizza in bed, nursing a low-grade, sustained anxiety about the world… and my poor delivery guy.

As I observe the parallel-universe bizarreness of people hoarding shelf-stable foods as if an asteroid is about to hit Earth, I can’t help but wonder: What would Anthony Bourdain do? Probably head to his nearest Asian market and grab a whole bunch of sake, some pickled things and several bags of frozen kimchi dumplings — plus a can of snails, just for adventure’s sake. I want to do the same, and actually have some damn fun while doing it.

We have no idea whether we’ll get widespread virus testing anytime soon, or a vaccine, or even economic normalcy, given the state of our retirement accounts (if you were lucky to have one in the first place). With that in mind, cooking almost seems like the only behavior that’s truly rational right now — a purposeful act that acknowledges the significance of what we put in our bodies. It feels like mindfulness in a sea of social-media entropy.

And it feels like real control, in a way that hitting “next episode” on Netflix while tracking a DoorDash order on my phone simply doesn’t.