The bankrupt brand is preparing to destroy 7 billion of the stubs, adding unprecedented value to the rest

Among the economic casualties of COVID-19 is the rat-branded children’s fun zone franchise Chuck E. Cheese, whose parent company filed for Chapter 11 bankruptcy this summer, blaming the pandemic for its financial distress. Their reasoning is sound — even in years past, the greasy surfaces and vomitous scent of a typical Chuck arcade were enough to make you crave a disinfectant chemical shower — and while they’ve promised to continue reopening their restaurants despite the money crunch, it seems unlikely they’ll scrape by on pizza sales alone.

While the business dies a slow and agonizing death, however, there are some logistical issues to handle. A curious one is the buildup of prize tickets in CEC Entertainment Inc.’s supply chain: They’re sitting on 7 billion of these stubs, and have therefore asked the bankruptcy court for approval to spend the $2.28 million it’ll cost to destroy them. The still-operating venues, meanwhile, are transitioning to an e-ticket system, nixing the “muncher” machines that tally the paper product.

If you understand anything about how currencies work, you know this means one very important thing: Physical Chuck E. Cheese tickets will soon be quite rare, and therefore, immensely valuable. It wouldn’t be a bad idea to immediately invest your life savings in them.

Customers past and present have long regarded the prize tickets, which tended to spew without rhyme or reason from older, analog games of skill like Skee-Ball and Whac-a-Mole, as almost worthless. No matter how big an armful you brought to the glass display counter to trade in for a toy, you went away with a plastic spider ring, a Chinese finger trap and maybe, maybe one of those sticky hand slappers. Never did we dream of seeing a kid cough up the spool of tickets required to buy a giant stuffed animal or remote controlled car from the top shelf of dust-gathering premium shit, and we certainly did not dream of attaining such a trophy ourselves. The tickets were an early lesson in rigged economies. They existed to disappoint. 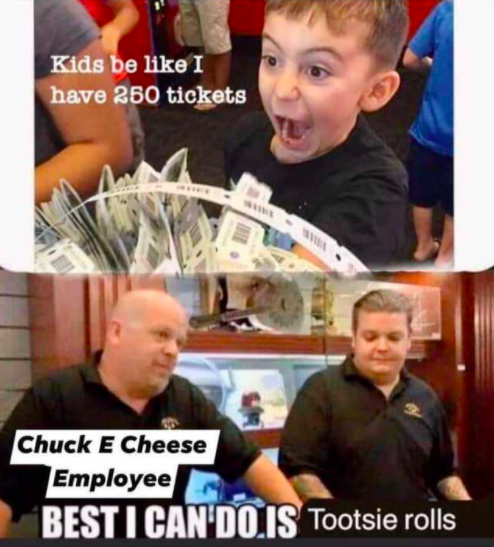 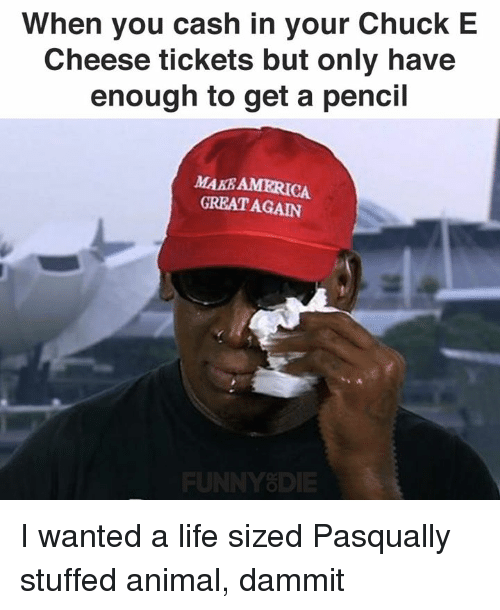 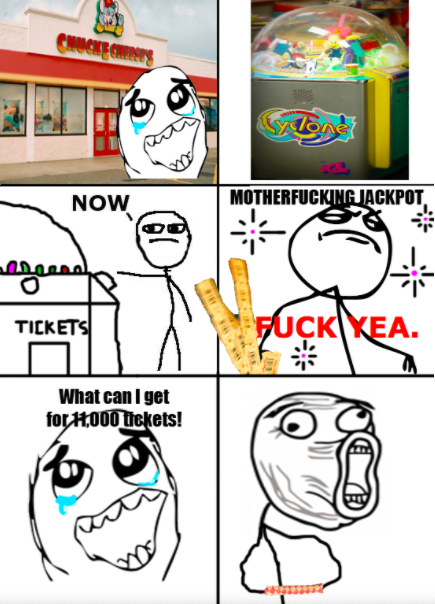 Now everything is different. Start looking for some old prize tickets on eBay and making a few smart bids. Call up your parents and see if they can find any tickets you stashed in the dresser of your old bedroom. Right this moment, because the U.S. Mint had to slow down production, there’s a shortage of coins in circulation — with the result that certain banks and retailers will buy them from you at a loss. The next logical development here is a complete loss of faith in the Federal Reserve, followed by a whirlwind of speculation in decentralized forms of money.

Chuck E. Cheese tickets, if the current surplus is eliminated and no more are printed, will have instantly reversed its longstanding trend of hyperinflation, becoming a limited and valuable medium of exchange. Unlike cryptocurrencies, it lives in the material world, not on the blockchain, meaning it can be used for untraceable, in-person transactions. “No Cash Value”? Says you, rodent.

Ah, can’t you see it: A civilization in shambles 30 or 50 years from now, beset by extreme climate events and regional warfare, the only common belief across our fractured nation that these little scraps of pulp once meant something, and still bear the residue of our lost greatness. Wizened elders will point to the grinning visage of Charles Entertainment Cheese, claiming he was a leader and prophet of his age, the last name that anyone could trust. Once, long ago, Mr. Cheese oversaw a fantastic kingdom of sensual delights — but all that’s left is his image, and the promise it makes: This guarantees access to worldly goods. To hold it is to possess victory. No picture of a dead president will carry the same weight. Dollar bills cannot survive the fall.

Protect these dear vouchers until they are the last reliable tokens of commerce, and the spoils of that future wasteland are yours. Let the rollerblading rat be a guide, for he is a survivor of plague and collapse. Remember: You may be broke in this world, but another is close at hand.