Can the ‘Shocker’ Be Redeemed?

The sketchy and notorious sex act is a relic of the early internet — but to this day, some couples actually swear by it. Maybe it's due for a sex-positive, consensual rebrand

Lauren, 29, has loved a certain sex move ever since her husband introduced it to her by surprise. She knows the baggage it carries, and she hates its cursed name — but she can’t help but love what it does to her. “If it feels good, then who cares?” she tells MEL.

“The name is awful, but the act is fun,” says Rubix1223 on Reddit. Another redditor agrees: “Female here. Tried it, and though I’m turned off by the name, the act is so good.”

“My husband does [it] to me on a regular basis,” writes another. “I can knock out an orgasm fast that way!”

And so: Is it time for the sketchy shocker to stage a sex-positive, consensual comeback?

First, let’s talk about the early days of the shocker. Where did the legend come from? The Wikipedia Talk section of the “Shocker (hand gesture)” page is rife with controversy over its history. Some argue the gesture itself can be seen in Buddhist and Christian art: 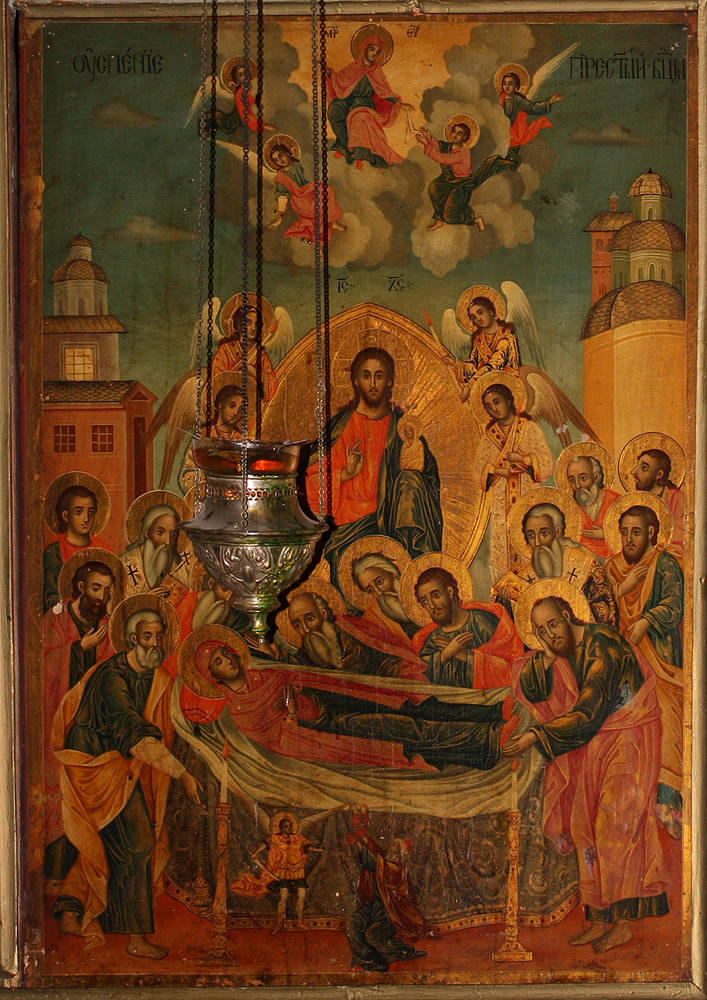 However, according to the Wikipedia argument, the “most famous” shocker case is the story of a group of high school boys who made the hand gesture throughout the 1999–2000 school year as they posed for yearbook photos. According to an expired post on Rotten.com, the principal found out what the gesture meant and demanded the photos be retaken at the expense of the 34 boys who were to blame.

This happened when the social web was new, and obscure news stories like this were among the first things to “go viral” before going viral was a thing. Though Google Trends doesn’t reach back to the year 2000, we can see “shocker” and “Hanover High School” going hand in hand, and spiking in 2005 — just about the time millennials were fresh into high school, logging on to AOL Messenger, dialing up Rotten.com and sending the boys funny images from CollegeHumor. 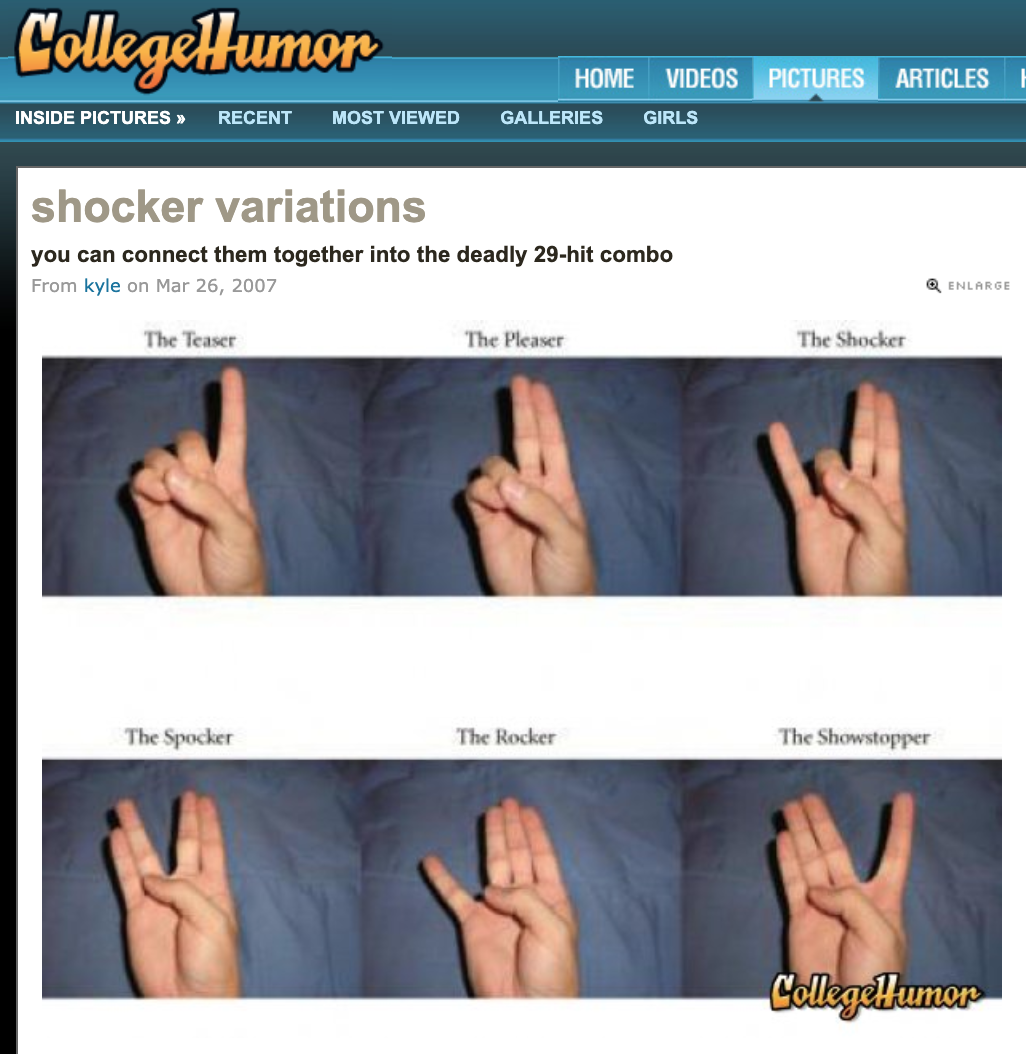 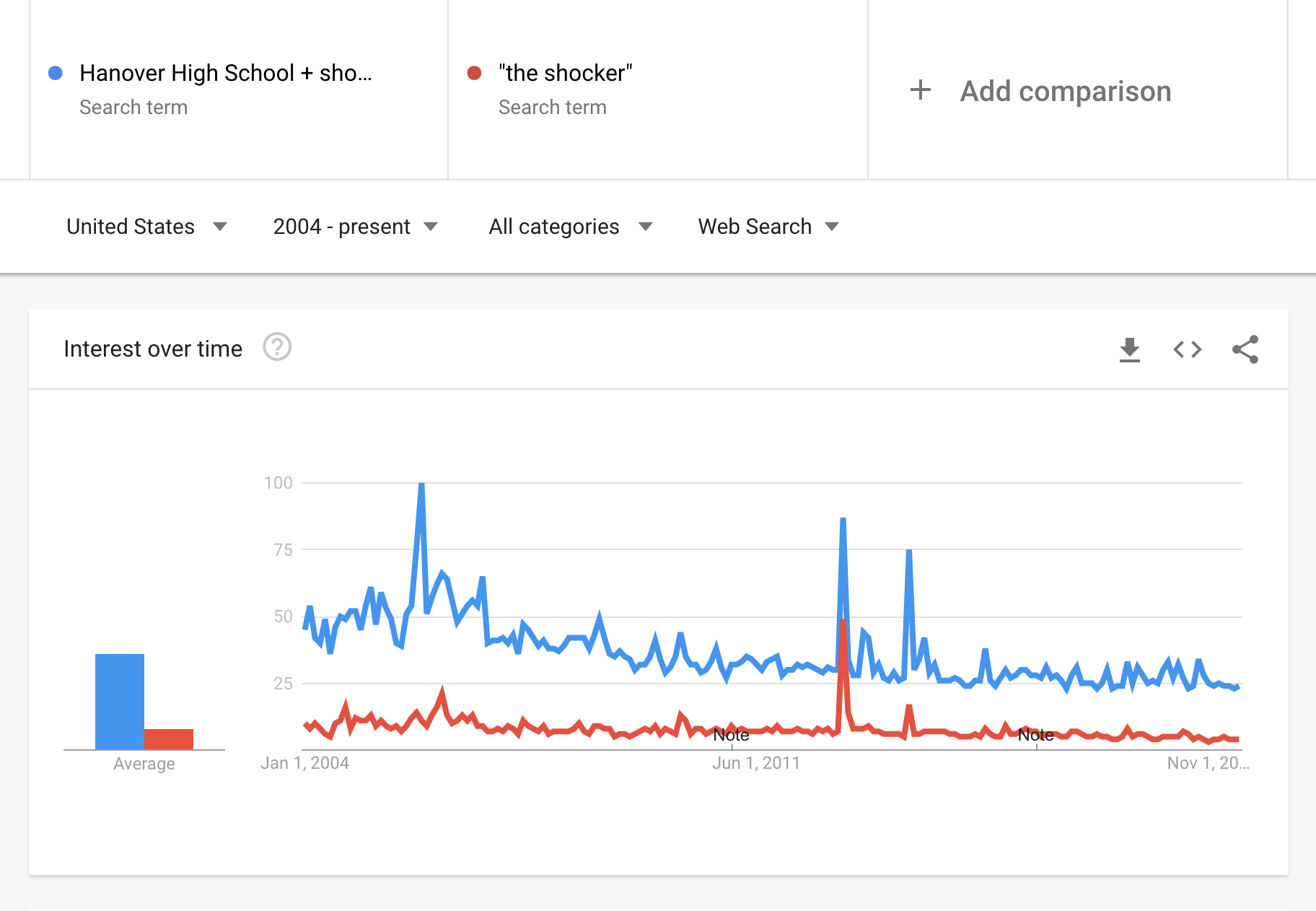 As the shocker spread, it fed right into a bygone era of ass comedy — a time when Tom Green’s “Lonely Swedish (The Bum Bum Song)” was all over MTV and the Jackass boys were shitting on restaurant windows in early CKY videos. Today, the shocker feels like a relic. In Reddit’s r/sex, where 1.2 million subscribers comment about 1,700 times a day, a search for “the shocker” only unearths a few results, most of which are people asking something like, “Does anyone still do this?”

Today, it’s become part of their repertoire. “My husband likes to use it and I like to receive it,” she says. “It’s just a lot of feel-good sensations all at once. It’s as simple as that. I don’t go around bragging about it, but it feels so damn great.”

Lauren says she and her husband have even tried the Spocker — think Leonard Nimoy’s famous “live long and prosper” hand signal in Star Trek, popularized in teen-boy sex humor as “If the shocker don’t rock her, Spock ’er.” It’s “your index and middle finger in the vagina, and your ring finger and pinky in the ass,” Lauren explains. “Everyone should try something once, and if it feels good, do it!”

Lauren’s not alone. I talked to other people who have embraced the shocker, despite its name — and only when it’s not so shocking.

But “not as a surprise,” said aptly named redditor Pokerbrowni. “That wouldn’t be very friendly.”

Another responded, “Middle and ring in the vagina and index in the ass works better. Some girls may like it, others don’t. So, depends on what she likes.” The point? “Ask first.”

Carlos, a 28-year-old in Peru, admits that when he was in college, he didn’t always ask before trying the shocker on a partner. “The way sex is viewed in my country has significantly changed in the last decade,” he explains. “There was no ‘consent,’ and that actually wasn’t something talked much of.” Today, he always gets permission before experimenting, and he makes a point to talk to his partners about their limits.

Dr. Nikki Goldstein, a sexologist who knows a thing or two about branding, says removing the “shock” value is necessary if the sex move is to gain a better reputation.

“I think this maneuver really has been used for that shock element that comes with ‘one in the stink,’” she tells MEL. “It’s that little finger that is the added surprise. If you want to look at this more closely, keeping in mind the current climate we are in when it comes to dating, [the shocker] is nonconsensual. … This is exactly why we should be rebranding this hand gesture as something more focused on pleasure: stimulating the G-spot and anus at the same time instead of entering someone’s anus as a surprise.”

But the one-handed shocker is too limited for real pleasure, Dr. Goldstein says. To do it right, turn it into a two-handed move:

“For a woman, the G-spot is on the anterior wall of the vaginal canal, so if you were intending to stimulate it, as one might think with this move, it would be more effective with a ‘come-hither’ movement instead of two straight fingers, which might not really stimulate anything. This hand gesture is more of an insertion for the sake of it then really doing much that is useful.

If there’s any hope at a rebrand, it’s that the next generation will live free from the brain damage imparted by late-’90s shocker jokes. When an image as old as the internet itself, an homage to the shocker, was posted in r/memes recently, the youths appeared not to understand it. “Please explain,” said one. “I don’t get it,” said another.

The kids really will set us free.