Why Is the Name ‘Bret’ So Cursed?

There's a reason you've never met a good one

Earlier this month, washed-up author Bret Easton Ellis volunteered to have his ass kicked all the way up through his skull by an inquisitive Isaac Chotiner in the New Yorker. That brief and humiliating interview — in which Ellis readily confessed total indifference to the subjects of his new essay collection, White — followed critic Andrea Long Chu’s justified napalming of both the book and Ellis’ literary legacy for Bookforum. Between these two hilariously ill omens for Bret’s first “serious” foray into nonfiction, people had the perfect opportunity to reiterate what casual fans of American Psycho may not realize: Ellis has sucked forever.

Ellis climbed Twitter’s trending tab for a while, on the strength of his 1980s-vintage vacuity. But rather than re-up the provocateur status he once enjoyed, this wave of ridicule presented the idea that Ellis’ persona is not uniquely awful or transgressive; instead, he’s a small gas bubble in a larger, generational blob of white male privilege.

And somehow, over the past couple decades, his given name, Bret, has emerged as shorthand for that effluvium.

Think on it: Have you ever known a Bret (or a Brett)? If so, did you like them?

I sort of doubt it! And, as it turns out, there’s a good reason why.

There’s no denying this — “Bret(t)” conjures an unappealing archetype as surely as the adjacent names “Chad” and “Brad.” Yet while Bret moves in the same yacht-club orbit as these douchebags, he seems like less of a jock. No out-and-out lunkhead, Bret is smaller, slimier and full of idiotic schemes; even incels can identify with his second-fiddle complex. Though he benefits from a long head start, Bret’s standing in the human contest fails to placate. Coasting on pedigree is not enough; someone else must pray the price for his success. A Bret thinks of himself as “Machiavellian” because he got Daddy to pay his way into Wharton. The proximity to “brat” is not an accident.

Brett Favre, Brett Ratner, Bret Baier, Bret Michaels, Bret Stephens… the list of Brets and Bretts is damning, but it is finite. Indeed, the name is so evocative because it carbon-dates the owner to a specific era and social class: The data show that the popularity of “Bret” spiked out of nowhere in 1959 — perhaps a result of the contemporaneous TV western series Maverick, as “Bret” is the cardsharp hero’s first name — and leveled off before another bump in the early 1980s. “Brett” had a slower journey to dominance, peaking toward the end of the ’80s, and both variations have since plummeted into irrelevance.

All in all, then, Brets are consolidated in the birth years of Generation X, with a few boomers and millennials thrown in on either end of the fad. 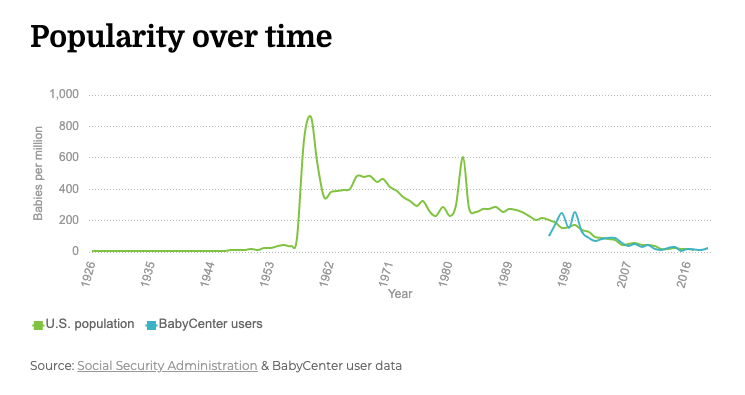 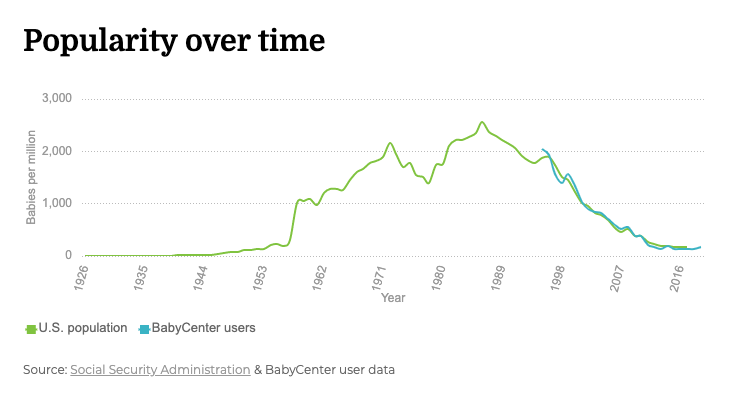 And if you’re wondering about the, um, whiteness of these names, it may have something to do with their etymology. Far from alluding to or conferring enviable qualities — beauty, strength, intelligence, kindness — “Bret” or “Brett” only gestures at the person’s lineage. The names derive from a Middle English surname for “a Breton,” which is to say “an inhabitant of Brittany,” the part of France that juts out below Great Britain. Given their kinship with the descriptor “Brit,” for a native of the U.K., they could credibly be said to cover this whole Celtic region, on both sides of the English Channel.

Meaning, if you’re an American with the name Bret(t), there’s a decent chance you were born amid the racial tensions of the 1960s and 1970s, to a family who branded you as heir to many centuries of Caucasian-hood. No wonder you’re having a rough go of it right now! Brets are living, breathing reminders of how easy the white-passing immigrants had it in this country, and how hollow their Eurocentric “culture” really is — little more than a claim on some distant piece of land they’ve never seen. Well, nobody is impressed anymore. I’m sorry, Brets, but your free ride is over: You are evolutionary dead ends, the vestigial tail of an aristocracy replaced by nitwit tech billionaires and Instagram celebs.

Of course, simply by saying so, I commit the mistake of inviting a Bret-surgence (Bret-venge? Bret-bellion?) that will destroy everything in its path. A name so cursed can never quite die; the politics of resentment dictate that today’s right-wing parents should name their kid “Brett” after Justice Kavanaugh, if only as a means to trigger the libs. Happily, even that slim triumph will sour, as these youths grow up to realize they, too, are marked as the dull offspring of a people with a flimsy sense of superiority. We’ll have to wait and see what unfolds — unless the Brets of the world are open to a more radical fix:

By the way, leave Bret “Hitman” Hart alone. He’s one of the few good Brets we have.