Ballet may be more of an art than a sport — but barre none, the exercise may be the best way to tone up from your living room

My gateway drug into the elegant and vaguely French world of ballet was two short, basic routines to Taylor Swift’s folklore and evermore albums on YouTube. Immediately hooked, I searched the internet for more free ballet resources, and the first result was the New York City Ballet Workout. Originally released in 2001 as a DVD, the hour-long video is introduced by a young Sarah Jessica Parker and features professional dancers demonstrating moves as a soothing, David Attenborough-like narrator provides instructions. The best part is, the workout features men and women dancing, and these guys’ bodies are fine as hell. They look like professional athletes with manners.

I’ve been doing the New York City Ballet Workout for a few weeks now, and I’m still terrible at it. My footwork is messy, the abs section is unbelievably painful and I’ve yet to do the workout in full without stopping or skipping ahead. But it’s so much fun, and the eye candy keeps me coming back. Muscles are objectively attractive, yet there’s evidence that women generally prefer men who are in shape and toned but not too huge.

Unlike dad-bod, there’s no real ubiquitous term for the leaner version of this. Although it’s similar to a surfer or yoga instructor body, the best way to describe a man’s ballet body is “secretly jacked” — as in, “I didn’t know until he took his shirt off that he’s secretly jacked.” Put a different way, women love dudes who are mysterious, especially when their only secret is that they have the perfect amount of muscles.

It’s not entirely surprising that ballet is such a great workout. Professional football players like Lynn Swann and Herschel Walker have infamously used it to stay in shape in the off season, while Tampa Bay Buccaneers nose tackle Steve McLendon, who has done ballet since college, has described it as “harder than anything else I do.” Research also shows that ballet exercises build endurance and crucial core strength to help prevent injury.

“Not only does ballet help build strength, but it helps increase mobility, flexibility and other functional movement training,” says Sam Quinn, who has danced for 20 years. In 2019, Quinn started the #BoysDanceToo movement on social media, in response to Good Morning America host Lara Spencer making fun of six-year-old Prince George’s love of ballet, mostly to make boys and young men feel better about dancing and raise awareness that ballet is for anyone who cares about being able to move their body well. “It’s the perfect cross training to help increase muscle growth and prevent injury,” Quinn adds. 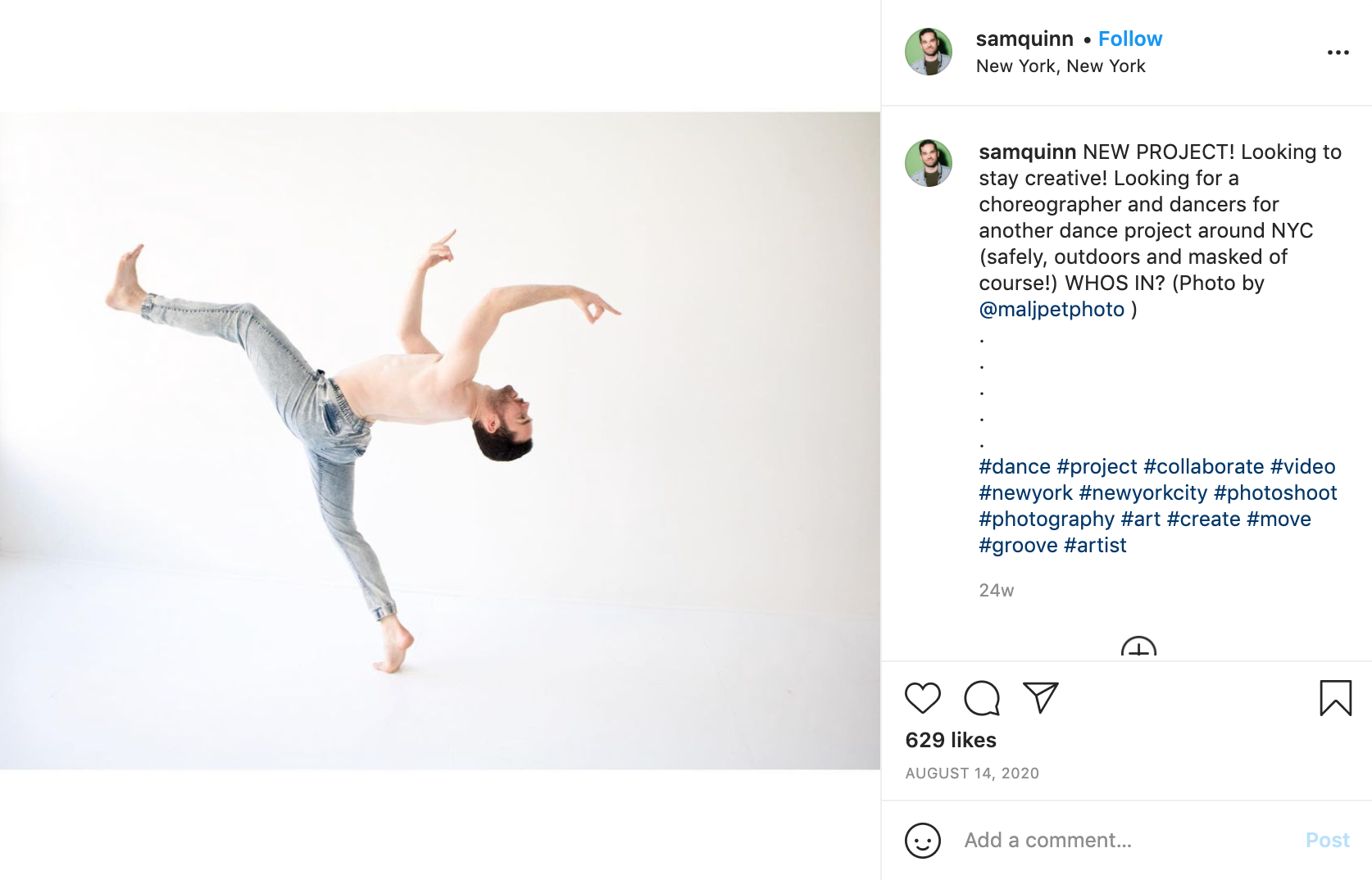 Despite the well established fine line between baller and ballet, along with the documented physical benefits, many guys miss out on anything dancing related because it’s seen as too feminine. To professional dancer Alex Wong, gendering something as challenging as ballet has always seemed silly. “Ballet really doesn’t have to be feminine or masculine. Since it’s an aesthetic thing, it really just depends on how people dance it,” Wong tells me. “It’s sort of like saying ‘singing seems feminine’ when in fact I would say it’s pretty neutral.” 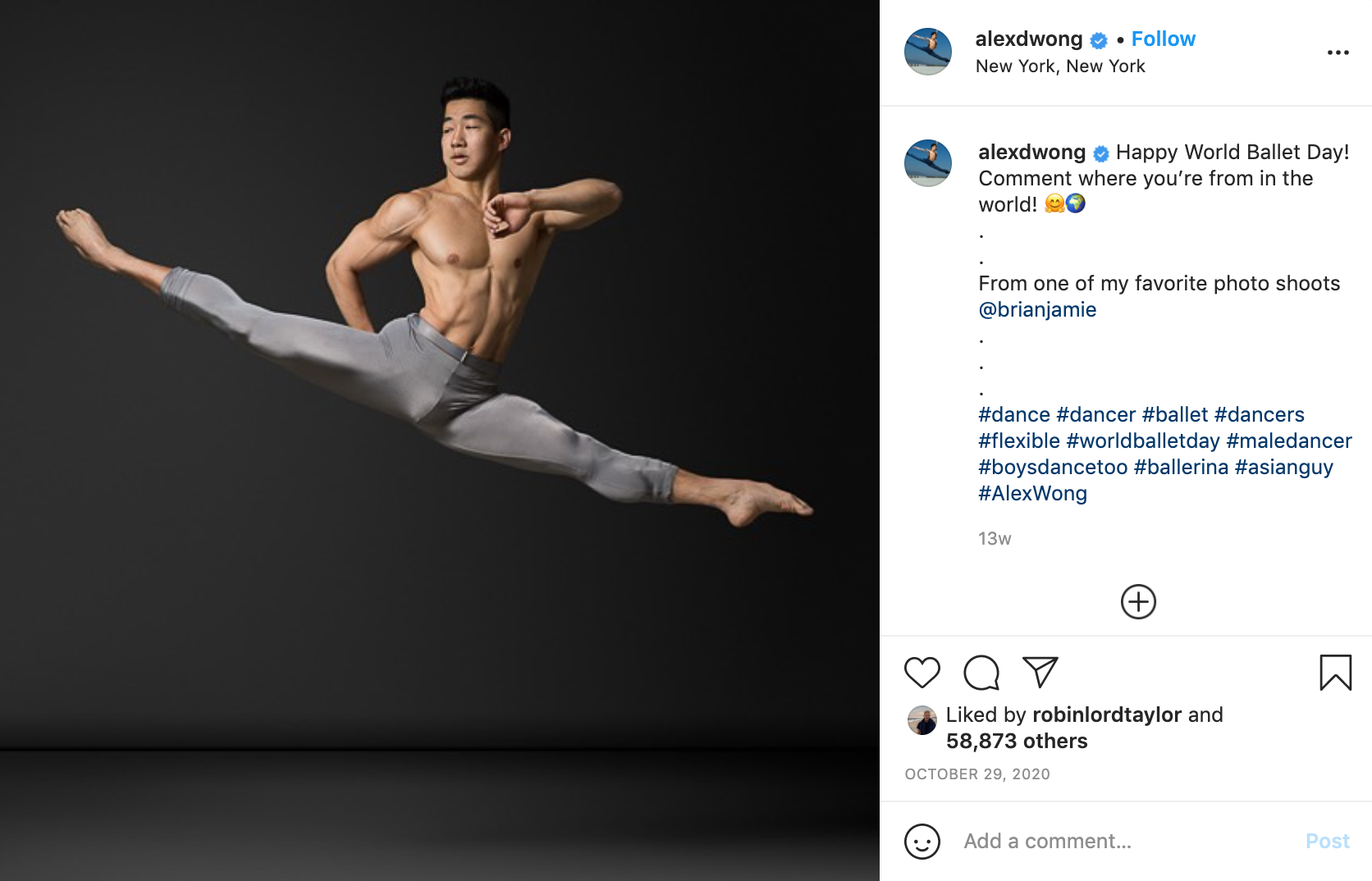 That said, ballet is less of a sport and more of an art, so it makes sense that some guys might get frustrated with not being able to win at it. “Unfortunately there isn’t such a thing as mastering anything in ballet,” Wong explains. “Because it’s an art, and you’re striving for a certain aesthetic, everyone might have a slightly different version of what might be perfect in their head.”

And as much as ballet can help build strength and condition muscles, it’s not really about getting jacked. Instead, it’s about learning to move your body in a way that looks good — a goal that most guys who workout are after. “Even when talking about partnering and lifting a ballerina over the head, it’s not about strength most of the time, it’s about coordination,” explains Herman Cornejo, a principal dancer at the American Ballet Theatre. “And you can’t achieve coordination with a weight. You can only achieve that with another human body and a movement between them that’s in sync.” 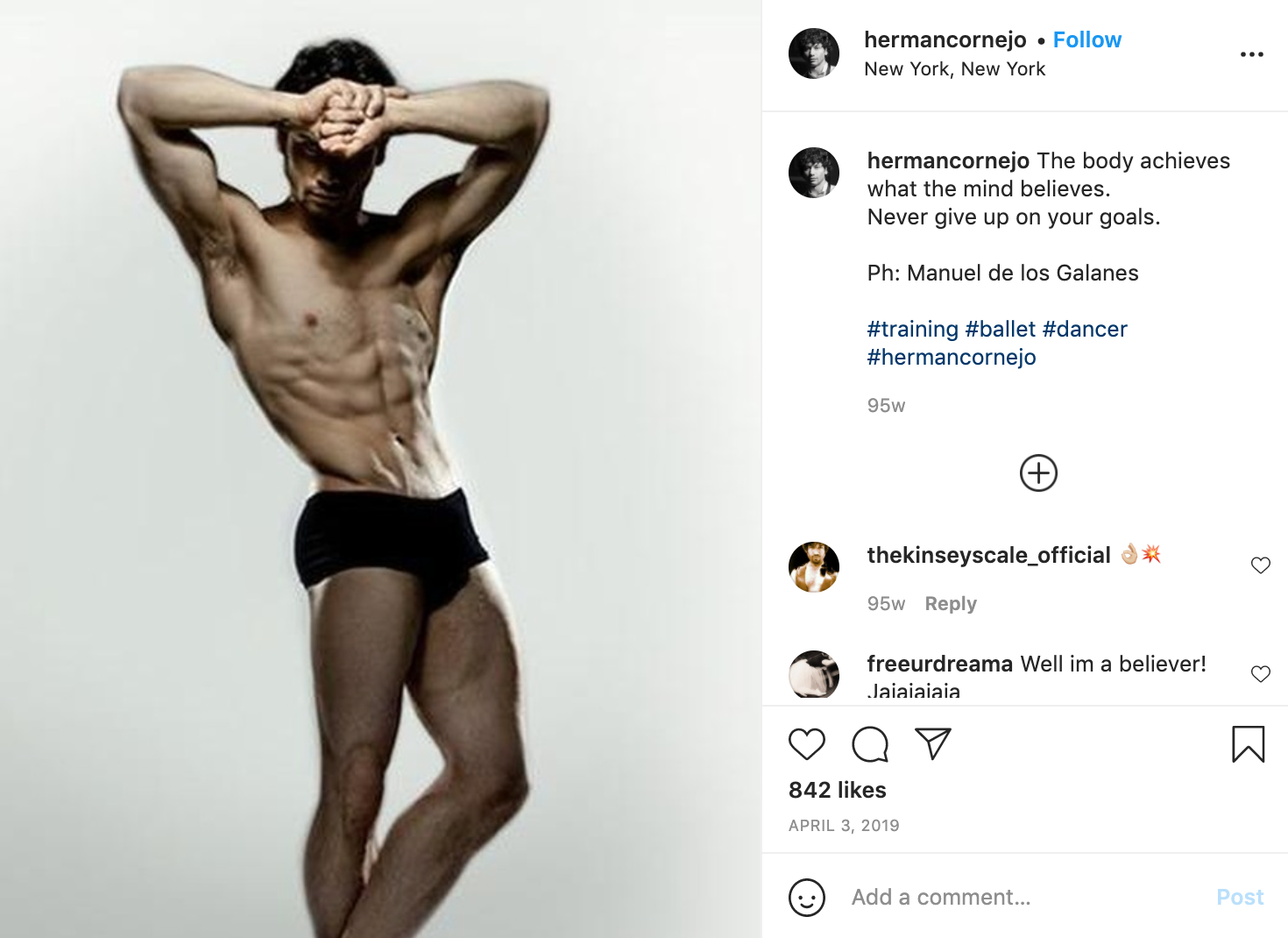 If ballet is more art than sport, my amateur work thus far could be described as pretty, pretty abstract. For beginners like me, Quinn suggests plies, where you bend your knees to stretch the achilles while working the leg muscles; tendus, where you extend the working leg and only the tip of the toe can touch the ground; battements, which are small, controlled leg-lifts with pointed toes; and simply practicing balancing on one foot. There are many free tutorials and instructional guides for how to do basic ballet moves on YouTube. But although these exercises help professional athletes avoid injury, ballet isn’t inherently injury-proof. “The key is starting slow and at a basic level to truly understand proper alignment and posture and to avoid injury,” Quinn says.

Wong also recommends single-legged calf-raises, which aren’t exclusive to ballet, but more complex when used therein. “The thing is, it’s not simply a calf raise in ballet,” Wong says. For starters, the leg needs to be turned out, “without the foot being pronated and then when you go on your demi pointe, it needs to be as high as possible,” Wong explains. “While you’re doing that calf raise, the upper body cannot be affected at all. You’d still need to maintain perfect posture, and not move your hips.”

Regardless of what basic exercise you try, or how long it takes you to make it through the full hour of the NYC Ballet Workout, it’s going to take a lot of practice. “Your goal needs to be to exercise,” Cornejo says. “The exercise itself isn’t to be mastered — rather, it’s a movement to connect your whole self.”

It turns out the real reason I keep trying the New York City Ballet Workout isn’t because of the hot men the video features (though that certainly helps) — it’s because it’s a fun, weird and wildly interesting process to learn how to move your body in a fundamentally different and more beautiful way. And in less than a month, it’s toned and shaped my body more than any workout I’ve more successfully mastered.

So maybe that’s the secret to getting the perfect amount of jacked: Just make it art.