A Visit to ‘Bear’ Country, the Anti-Vaxx Meme Wars and Relaxing the Night Away With Some Murder TV

Maybe I’m the crazy one, but I don’t understand how watching true-crime TV — especially the really horrific variety — could ever be referred to as “relaxing.” Case in point: A recent attempt by my girlfriend and I to get through the entire 91 minutes of Abducted in Plain Sight on Netflix.

I cried “Uncle!” about halfway through because I felt anything but relaxed. If that’s how people want to get their ya-yas out, though, to each their own, I guess.

“My Weekend at the International Bear Convergence, A Rare Body-Positive Oasis for Gay Men”
The International Bear Convergence, a joyous reunion of 3,000 oversized, hairy men and their male admirers, is now in its sixth year. C. Brian Smith attended the loosely organized gay soiree in Palm Springs, an event one could easily mistake for a biker convention if it weren’t for the pools filled with shirtless, bearded men. That’s exactly the point, though: Whereas the typical gay scene is slim, young and fit, “bear events are great because regular guys like me fit in.” READ MORE

Thanks to the absolutely comatose policing efforts of social-media platforms like YouTube, Twitter and Facebook over the last few years, the anti-vaxx movement has been given safe haven to spread its pseudoscientific message that vaccines are evil, primarily through the proliferation and amplification of toxic memes. 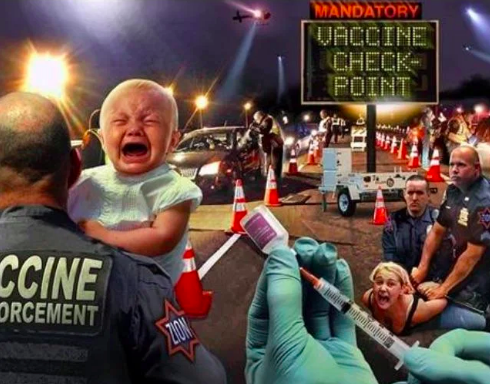 To combat this messaging, medical professionals and pro-vaccine parents have tried for years to penetrate such ignorance with the relevant facts. But in true post-Trumpian fashion, perhaps the only way to defeat a conspiracy theorist subculture is to start a meme war.

Stop me if you’ve heard this one before: When you’re feeling down, or you’ve fallen into a bit of a rut, nothing can make you feel better, faster, than a shower and a clean shave.

Some men heartily believe this is a cure-all to their blues. Meanwhile, others see it, at best, as a temporary fix to the complex problem that is depression. So what’s the truth about grooming and mental health? Is there a connection at all, or is there something else at play? Quinn Myers reached out to a few mental health professionals for their opinion on the shower-and-shave panacea.

Last month, pop star Ariana Grande got a load of shit for a new Japanese Kanji tattoo she intended to say “7 Rings,” the name of her latest album. Unfortunately for the “thank u, next” singer, she made a regretful mistake with the translation.

To prevent this type of faux pas from happening to anyone else, Ian Lecklitner, inked from head-to-toe himself, asked a famous tattoo artist what advice he might give someone considering a foreign-language tattoo.

The American Dental Association recommends that children between the ages of three and six apply no more than a pea-sized amount of toothpaste to their toothbrush. Unfortunately, a new study reports that more than half of all kids are actually placing a mound of toothpaste peas atop their brush, which is a huge problem for their little baby teeth. Here’s why.

American parents have less sex than parents from other countries. Fact. Scientists think it’s because we’re less happy than those other parents, and our lack of happiness prevents us from seeing each other as sexual beings — and in turn, tamping down our sexual desires. As to why there’s such a massive deficit in our parental happiness versus anywhere else? Researchers have some theories.

Crazy-ass Geminis, amirite? Or is it Cancers that are the worst? Fact is, everyone has at least one story of being hit with a “You’re that sign?”, and it can make you feel like a bad person just because you happen to be born in the “wrong” month.

This week, MEL’s Chief Astrology Officer, Taj, tackles this unfortunate conundrum for one very sorry-sounding Cancer, and explains to an Aries how it’s possible to feel nothing like the sign you were born as.

How do people get down with watching eight-plus hours of the darkest, murder-y programming on TV? And is it possible to even find it calming???? Isabelle Kohn explains how staying home and binge-watching some truly repugnant shit like The Staircase and Conversations with A Killer: The Ted Bundy Tapes helps her unwind from even the most stressful of days.

Ranch — the ubiquitous dip, dressing and meme — is back in the news, THANK GOD. All thanks to this incredible exchange in Iowa City on the presidential campaign trail for Kirsten Gillibrand:

Naturally, heated internet debate has ensued. Ranch: Is it horrible? Wonderful? Classy or not? A weird Midwest thing? A weird California thing? Or, does ranch usage split down gender lines, as some have surmised? Tracy Moore investigates.