The Yield Curve Inversion, Explained for a Guy Who Just Wants to Retire Before 70

People are freaking out about a potential recession. Should you? And what does any of this ‘yield curve’ stuff mean?

Ah, shit. The yield curve inverted again, and people are freaking out about a potential recession.

If these words are all Greek to you, think about it like this. Imagine you’re going bar-hopping in a crowded neighborhood. You’ve got lots of choices about where to spend your money.

Bar No. 1 is the kind of place where you can hang out all night. You tell the bartender to keep the tab open and slip him a five so he remembers your face. You buy a pitcher for the table, something for everyone to share. You pool some singles for the jukebox. You can have a nice long night and take things slow, getting loaded slowly but surely. It’s all about long-term success.

Then there’s Bar No. 2, which is hosting a 25-cent shot night. Everyone looks like a child, and even a glimpse of the well liquor they’re using is enough to give you heartburn. After a couple shots, you cut your losses and head for the door. Your priorities here are distinctly short-term: Escape without getting vomited on. Seek refuge.

On Wednesday, investors briefly started “investing” like they’d accidentally stumbled into 25-cent shot night. They were ditching Bar No. 1 for Bar No. 2. Specifically, the “yield” or return on short-term bonds was higher than traditionally higher-yielding long-term bonds.

This isn’t really logical. Bonds are basically loans, and borrowing someone’s money for 10 years should be more expensive than borrowing it for two. When it’s not, economic observers tend to view that as a signal that investors are getting anxious. They think the economy’s long-term prospects aren’t as hot because people are willing to pay extra for the ability to get out faster. The last seven recessions have all been preceded by an inverted yield curve, at least at some point.

“This technical signal is a bit of a flashing light,” says Mark Hamrick, bureau chief and senior economic analyst at personal finance site Bankrate. “But it doesn’t mean the recession is beginning tomorrow. It just simply means that one is more possible relatively far off into the future.”

Millennials tend to get a bit hyperbolic and morbid whenever recession talk rears its ugly head. But should we really be anticipating another economic catastrophe? Hamrick says not quite yet. He notes the current expansion, at 11 years, is the longest in history. It was only a matter of time before recession talk re-emerged.

So what does the yield curve inversion mean for you? Here’s a quick Q&A.

What is a recession and what does it have to do with the yield curve?

“The inverted yield curve gets a lot of attention because it’s statistically sexy,” Hamrick says. “But I look at it a little along the lines of just another warning signal that the expansion necessarily, by definition, will have an end.”

Some important observers even say that things will be different this time around, and that this particular yield curve is a false signal. But even if that is the case, it’s never too early to start preparing for the next economic downturn — which, regardless of where you stand on bond yields, is bound to come around eventually.

How do recessions affect me?

Recessions can affect mostly everyone through their impact on the unemployment rate. When the economy contracts, businesses are hiring less, which can make it harder to find a job. If you have investments in assets like real estate, stocks or bonds, you’ll also likely see the value of those investments decline. Why? Fewer people can afford them, and they sell off the investments to cover losses or fund their lifestyle.

Make no mistake, there are no “winners” in a recession, with the exception of rich opportunists who can capitalize on the low prices. But it’s also worth noting that recessions can come in all shapes and sizes. The last recession, for example, was historically bad. Few recessions meet that bar; some, Hamrick notes, we barely even notice at all.

“[The last recession] was equivalent to World War II,” Hamrick notes. “It was the kind of near-death experience for the U.S. economy that very few people saw coming.”

That sounds bad. Is this a good time to adjust my mutual fund, or is it all pointless?

As we wrote last week, it’s rarely if ever a good idea to reactively make investment decisions based on the day’s scary news. The worst time to buy an umbrella is when it’s already raining.

This goes double if you’re on the younger side. While the yield curve inversion usually means a recession is coming, stocks usually rebound in the immediate aftermath. If you sold all your stocks yesterday, you’d have missed the gains stocks made today.

Typically, when the yield curve inverts a recession will happen within two years or so. To a young person, two years is a blip on what should be a savings strategy that takes place over several decades. If you’re planning on retiring within two years, however, things may be different and you may want to revisit your plans. But if that describes you, congrats! You should probably hire someone qualified to help you make these plans, as opposed to reading (admittedly very good) blogs.

I’ve been saving for my wedding. Are we gonna have to put off the honeymoon?

This is a trickier question, because as someone who’s getting married in March I’m aware of just how much weddings can predispose us to overspending. (Was I the kind of person who would have called the typeface on the cheap table settings “fugly” six months ago? Probably not!) Couples are increasingly likely to take on debt to finance their weddings — about 74 percent of them, according to a survey in Student Loan Hero. Online lenders say they are issuing about four times the number of “wedding loans” than they were only a year ago, according to the Washington Post.

If you go into debt to finance a wedding in 2020, those great Instagrams could rapidly lose their luster if a recession follows in 2021.

“It really gets to the notion of needing to live below one’s meanings,” Hamrick notes. “Have a budget that includes a plan for saving for emergencies. And for paying down debt.”

LMAO, investments. I don’t have any of those. Should I still be worried?

As I mentioned before, recessions can affect us all even if we don’t have a fancy stocks portfolio. Recessions can make it harder to find a job, which is why you should try to start saving for a rainy day now (if you aren’t already). But it’s also worth noting that for young people, recessions can also offer opportunity. It’s more economically rational to move or go back to school when the jobs are comparably shittier. And when you start investing in a downturn, you’re also buying stocks more likely to be trading at a discount, which is good for you in the long run.

What does all this global unrest have to do with it?

I don’t mean to discount the risks to the global economy. It is scary out there for reasons besides the yield curve, as Neil Irwin recently laid out in the Times. There’s a trade war going on, and, across the pond, Brexit doesn’t seem to be going very well. The situation in Hong Kong is getting hairy, and the U.S. has a commander-in-chief who’s not exactly known for his diplomatic skills or steady hand.

But, as Agent K puts it so eloquently in the original Men in Black, “there’s always an alien battle cruiser, or a Corellian death ray, or an intergalactic plague intended to wipe out life on this miserable little planet.” Freaking out about the bond market when you’re not even really sure how the bond market works isn’t a good investment strategy. Neither is fatalism or awaiting the collapse of capitalism. While the last recession was particularly devastating, most of our parents survived. If you live beneath your means, you’ll probably make it through the next recession just fine, too. 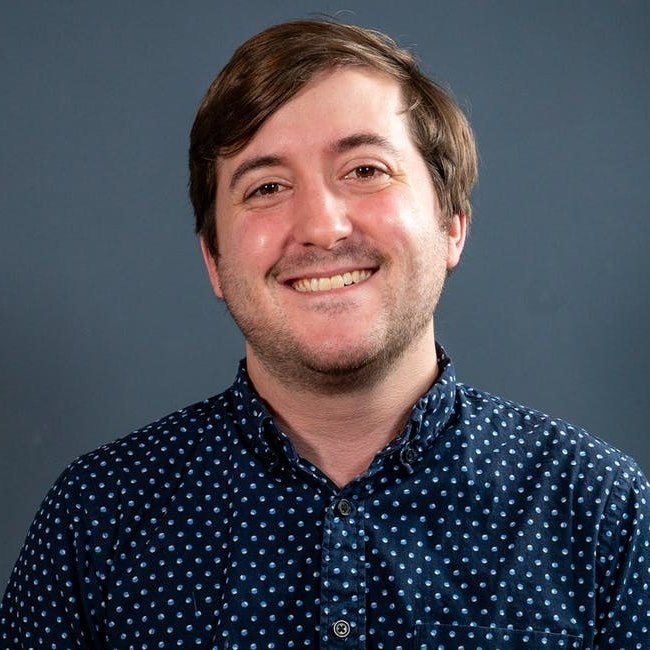