Tighty-Whities and the Women Who Hate Them

Neither tight nor completely white, men’s briefs have been the scourge of my entire life

Last year, I was asked to pitch my scariest ghost story. I was game, but the truth of the matter was that I don’t believe in ghosts. In fact, I’m basically one of those Eeyore-type naysayers who doesn’t have fun even pretending a house is haunted. To me, every ghost might as well be Charlie Brown under a sheet. Who cares?

Then it hit me: There was one ghost costume that actually did frighten me, and that was my dad’s really old, tattered white underwear, barely concealing his dick. There were numerous ghosts like this throughout my childhood as my mom dated her way through every dirtbag in Jacksonville, Florida.

I have fond memories of running around in a pair of tighty-whities when I was very young, wanting desperately to believe that the dick flap was a change purse. I’d slip coins in and run around as they fell out and splattered across my mom’s prized three-ply carpet — pretty much as charming as one of my childhood memories gets. But in this moment I suddenly realized the deep-seated aversion I had to this kind of underwear was something akin to a personal vendetta. And was I being unfair? Are tighty-whities really the worst?

The biggest complaint seems to be that they have an extreme dad vibe and not in a good way. Kimberly Taylor, a 25-year-old in Baltimore, puts it subtly: “My dad wears them and I have deep emotional scars from seeing him walk around the house in shit-stained monstrosities throughout my childhood.” Similarly, my memories involving tight white underwear fall under the category of “dicks I never wanted to see.” The men in my mom’s life could often be seen lounging about in tight white underwear, eating my Froot Loops from the box with the same hand they used to scratch their balls. I associate those briefs with my dad, my stepdad and the loser my mom fucked after a Doobie Brothers concert, and unlike my mom, apparently, that doesn’t get me going.

Another common complaint I hear is that tighty-whities stun only on the best and most tanned of bods. Of the women who seem to like them, most are horned up for thighs and boners; bonus points if you’re David Beckham in his Calvin Klein ad campaign. Madelyn Bryant, a 25-year-old in Oklahoma City, is pro-briefs under specific circumstances: “I’m very for it if they have a nice dick. If not, go put some boxers on.” Even as a hater, I have to agree that Beckham pulled it off. His body is tight, but so are his briefs. There’s none of the sag that haunted my youth.

Perfect fit seems even more key to me than perfect body. Vanessa Cheatwood, a 48-year-old in Monrovia, nails it: “[Briefs] can easily look like diapers. Sad, droopy diapers.” I don’t want to see anything escaping from stretched-out leg holes or a dumpy appearance in the back. And don’t get me started on holes in the rear that seem to indicate some kind of suspicious blowout.

My mom’s only decent boyfriend was Gary. He wore tight white underwear that at least had some cling. When my stepdad came to the house while Gary was relaxing in his underwear and used a gun to chase Gary out, that fact made a hard day a little less hard. I’ll always remember the feeling of anxiety I had watching Gary run down the street in his briefs, praying that they stayed on and that his dick and/or balls wouldn’t escape from them (like Gary had just escaped my dad and his gun). But they stayed contained, and I went back to being irritated that my dad was pulling this shit on a school night.

The final complaint seems to be that guys don’t tend to have the skill set needed to keep their briefs as fresh as the day they were removed from the package. Kelsey Chapman, a 32-year-old from NYC, agrees. “Tighty-whities are just begging for skid marks. Men can’t be trusted with maintaining this level of cleanliness.” (Blame toilet paper, maybe?) The fact is that tighty-whities are often neither tight nor completely white.

My biological father brought this point home in numerous traumatizing ways, but there was one time that probably sealed the deal forever when it comes to me and tight white underwear. He was cocaine-fueled and yelling at me about something stupid, but what really terrified me was that he was wearing what appeared to be a piece of elastic around his waist with dingy, yellowed fabric hanging off it, what I can only describe as a white-trash loincloth. The fabric was so tenuously keeping the form of underwear that I feared it might actually disintegrate into a pile of urine dust at any moment. I tried not to breathe too hard for fear that the slightest breeze might have resulted in the shifting of coverage, and seeing just a sliver of ball sack would have been something that no amount of therapy could fix.

I don’t want to be a total shrew here. I get it. Back in the day, tight white briefs were probably your only option. But there are so many choices now to keep things safe and snug. If you must continue wearing them for some reason, then accept your limitations. Are you a lazy dribbler? Tight white underwear are not disposable. Get some bleach, or recognize that maybe gray and black are your best options. Do you like to wear your underwear until they look like a mosquito net keeping your dick from contracting malaria? I beg of you to try plaid boxers that get better and softer with age. Or how about using them sparingly? Kind of like the male version of period underwear? I wear a lot of black, and after numerous humiliations, I’ve finally accepted that I shouldn’t eat croissants on my way to important meetings. We all sacrifice!

In tight white underwear’s defense, there are worse options. Felicity, a 31-year-old from Australia, says, “Anything is better than a man in just a T-shirt with no underwear or pants on, like a toddler. Or Porky the Pig. I’m still scarred by my ex getting ready for bed each night exactly like that.” Personally they will never horrify me as much as seeing one of my stepdads in Rudolph the Red-Nosed Reindeer novelty underwear, his soft dick barely filling the snout. I think we can all agree that novelty underwear are the underwear equivalent of a war crime and are equally unforgivable. 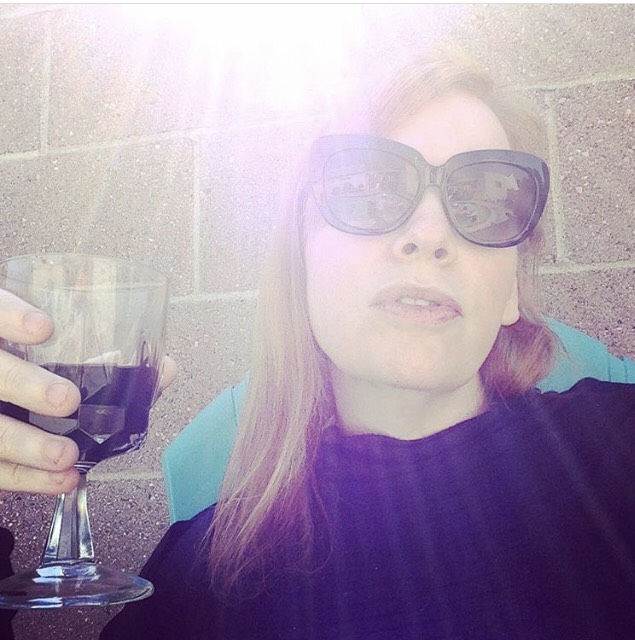