Are All Guys Doomed to Stain Their Pants as They Get Older?

Searching for a solution to my evidently loosening ass, I dive deep into the science of ‘soiling’ — a curse as common as it is embarrassing

I don’t remember the first time I had to go to the bathroom just to wipe my butt, but I can say with a high degree of certainty that it happened within the past few years.

Mind you, I don’t mean I had to go to the bathroom because I failed at a fart or straight-up pooped my pants. I mean, I go; I wipe, employing my customary combination of folds and bunches, depending on need; I finish up with a flushable wipe. Everything is clean and super-chill. But then, a few hours later, it’s like, Hmm, something’s not right. So I find a bathroom. I go into a stall, lock the door and pull down my pants. Hand trembling, I reach for the TP. I wipe, and there it is.

As I’ve moved into my late 30s, the main physical changes I notice are just the ways my body is becoming more gross. I’ve had to add nose-hair trimming to my semi-regular grooming schedule. Three years ago I had my first tonsillolith (I went to the doctor because I thought it was a tumor or some shit; I was relieved but also, fucking gross). I now recoil at the appearance of my hand backs, where my freckles have bled together to form what appears to be a crepe. I went from spray-on sunblock and an expired but still mostly full tube of Clearasil to an entire bin of steroid creams and antifungal sprays. And now, many mornings, when I undress to shower, there’s evidence of poop on my underwear. Not a lot of evidence. But evidence nonetheless.

After consulting with my doctor, I started taking probiotic pills, eating more vegetables and fiber supplements and drinking yet more fiber supplements (you haven’t aged until you’ve dropped a few Alka-Seltzers into a glass of Metamucil, baby!). I do the kegels. I carry flushable wipes with me at all times. (Honestly, I consider it a societal failing that public restrooms don’t just provide flushable wipes to all. How did they get muscled out by Big Seat Liner? It’s ridiculous and sad.) The condition improved, disappearing completely for weeks at a time. But then, out of nowhere, something wasn’t right — again.

One night, I desperately googled “how to wipe your butt,” because who even knows? I learned how when I was 5 and haven’t really altered the core techniques since (although my college roommate once stated, “Me, I like to wipe till the toilet paper comes out cleaner than it went in,” and I’ve kept that in mind ever since). Maybe I’d missed a revolution in butt hygiene — or I could at least find some little corner of the internet that’s like 10,000 posts deep on the topic. Yet outside of a few Reddit threads in random subs, there wasn’t much.

And so, once again, I sought professional help. According to Marc Leavey, a retired Maryland physician, the preferred medical euphemism for poop stains is “soiling.” The non-euphemistic terms include “accidental bowel leakage” and “fecal incontinence” (though there’s some disagreement among doctors and researchers as to whether poop stains on your underwear and actual poop in your underwear should be treated as separate conditions with separate names). I ask him how often he’d been asked about the issue during his four-plus decades of practicing medicine, and he tells me, “Hardly ever.”

He does add, however, “On doing exams, I did see soiling on many occasions. It’s likely not something guys want to talk about. There’s even an old joke where a man at the doctor’s office is told that they need a sample of urine, stool and semen. The man says, ‘What?’ And the wife responds, ‘They want your underpants.’”

According to the many resources available online for doctors to print out and hand to their grim-faced patients after telling them to put their pants back on, soiling has a variety of causes — and yes, the issue does tend to get worse as we get older. “Muscles in the rectum and anus naturally weaken with age. Other nearby structures in the pelvis area also loosen with age,” reads an entry in the Cleveland Clinic’s Health Library.

Soiling can also be a result of direct injury to the sphincter muscles, or a symptom of certain conditions — all of which my doctor says I don’t have — including hemorrhoids, nerve damage, irritable bowel syndrome and rectal prolapse (my doctor didn’t specify whether I had this last one or not, but I assume it’s one of those things, like a gunshot wound, where if they see something, they’ll say something). Leavey also points out that both diarrhea — “fairly obviously” — and constipation can cause soiling, the latter because big hard poops can strain the rectal muscles, causing them to weaken.

But the most common cause of soiling — to which age is no barrier — is just simply not wiping well enough. Says Leavey, “You need to be sure that you clean the anal area thoroughly.” Okay, check. “That means more than a casual swipe over the region with a square of toilet paper.” I would never! “You can use moistened rectal wipes made for the task.” Done. “You might consider going European, using a bidet for rectal cleansing.” That’s the dream, but even if you’re lucky enough to have this option available at home, it’s likely never going to be available at the office, Buffalo Wild Wings or the thousands of other places men poop. (Another cause that much of the literature doesn’t really discuss, maybe because it’s too obvious: butt-crack hair. Just picture cleaning up spilled coffee on a hardwood floor versus a rug. Not really much mystery there.)

While the origins of my soiling might be elusive (not to mention, my clean-up methods almost completely foolproof and Leavey-approved), I can at least take solace in the fact that I’m not alone. According to a 2016 study published in the North Carolina Medical Journal, the condition plagues as much as 36 percent of primary care patients. “Among all adults in the United States, 8.3 percent report having experienced accidental leakage … at least once in the past month, and an estimated 2.7 percent report that this occurs at least once per week, making it a severe problem for 1 in 25 adults,” reads the study, which is entitled “Treating Fecal Incontinence: An Unmet Need in Primary Care Medicine.” Divide the 2016 U.S. population of 323 million by 25, and you get almost 13 million. Brothers and sisters, just know that I see you, and I stand with you.

Still, I can’t help but think, Where is this going? It’s a trend not likely to reverse itself; if anything — *shudder* — it’s likely to accelerate. Is each poop then like a wave beating up against a cliff, and one day that cliff just crumbles into the sea?

Ever since I was a child, my greatest fear has been that I’d be out in public and shit my pants. And with each passing day, that seems less a far-fetched intrusive thought and more of an inevitability. Now my greatest hope is that, when that day comes, and I’m walking down a busy street or through a mall, and some teen points to my butt — phone already out and filming — while screaming “THIS MOTHERFUCKER GOT SHIT ON HIS PANTS,” that I’m alone and my wife and daughters are spared. 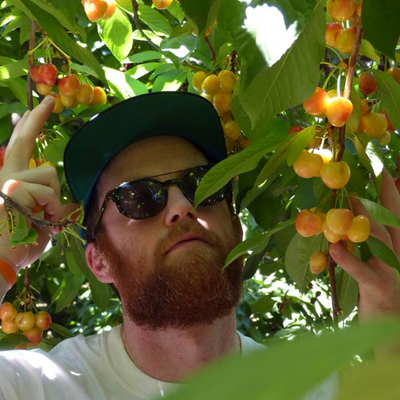 Pete Keeley is a (sometimes) writer and (mostly) editor whose mom mails many Chicago delicacies to his home in Los Angeles. He falls asleep every night dreaming of the day the Bulls fire John Paxson.