“Now all the people see the truth. His accounts are gone. He’s nowhere to be found.”

Back in April, I examined the curious case of TheSugarDad1, a mysterious social media presence whose popular Twitter account boasted more than 360,000 followers. Known for free-money giveaways ranging into the tens of thousands of dollars, TheSugarDad1 also maintained an Instagram account as well as a popular Twitch account where he streamed games and offered similar big-money giveaways. All of it, though, was a lie. In actuality, TheSugarDad1 was nothing more than an online scam artist.

In my investigation, I showed that the “evidence tweets” TheSugarDad1 posted to prove he really did give money away to strangers were all faked. I also interviewed a small cadre of online amateur detectives who’d collected plenty of evidence pointing to the fact that TheSugarDad1 was a fraud. One Twitter user, Phenomelicious even contacted Paypal and got confirmation that the “receipts” for TheSugarDad’s transaction were faked. Similarly, a YouTuber named Colesy recorded this video showing exactly how one could fake such receipts.

Still, after my story was published, TheSugarDad1 acted as if it were all just “fake news,” continuing to insist he was real. He wouldn’t let the “haters” take him down or stop his online generosity. But then, a 20-year-old YouTuber named Juls doxxed him and released a pair of videos revealing TheSugarDad1’s true identity.

Employing some low-grade hacking and Facebook snooping, Juls discovered incontrovertible evidence that TheSugarDad1 is actually a twentysomething male from Scotland named Max Dunnigan. Juls also found proof that Dunnigan wrangled his girlfriend into his scheme — a young woman who goes by @ScarJo1. Or did, as her accounts have been deactivated.

The same is now true of all TheSugarDad1’s social media accounts, too. In fact, his Twitter bio currently reads: “All accounts are deactivated. Anyone claiming they are me are false. Block anyone who asks you to text them or to send them money / gift cards.”

Like many others, Juls, a 20-year-old streamer and YouTuber from the “Eastern seaboard,” retweeted TheSugarDad1’s giveaway offers when he first encountered him on Twitter in hopes of winning some cash (despite being more skeptical than not). Soon, though, his bullshit detector was going off full blast, and so, he made a video about some of the things he thought proved TheSugarDad1 was a phony — a link to which he posted on TheSugarDad1’s Twitch account.

The action, however, didn’t have the intended effect. Instead, it got Juls banned from Twitch. That’s when things got personal. “I waited a couple days after the Twitch ban hit me,” Juls tells me. “That’s actually what set me off. I stream a lot; it’s one of the few things I like to do. So that pissed me off. And that’s when I started doing more digging.”

It’s a small irony that a donation to TheSugarDad1’s Twitch account is what cracked the case. “I’d made a $1 donation –– it’s kinda childish, but it was just to shit-talk his stream, because the donations pop up on-screen,” Juls explains. “From that $1 donation, I had the idea to go into the transaction details on Paypal because it was going to likely expose some personal information. That’s where I saw that he had the email for TheSugarDad1 at Yahoo!. But the Paypal account also had his mom’s personal Yahoo! account.”

From there, the truth more or less presented itself — you know, a parent’s penchant for Facebook and all. “I had to scroll down a bit on her Facebook page,” Juls explains. “But then I was like, ‘Wait, yo, this dude in the pics –– he might be her kid.’ I went into his page and explored. Next, I found a picture he had on his Facebook. It was a picture taken over at a beach in L.A. It was a sunset pic. And it was also on TheSugarDad’s Twitter. And his Instagram accounts. That’s how I knew I had him.” 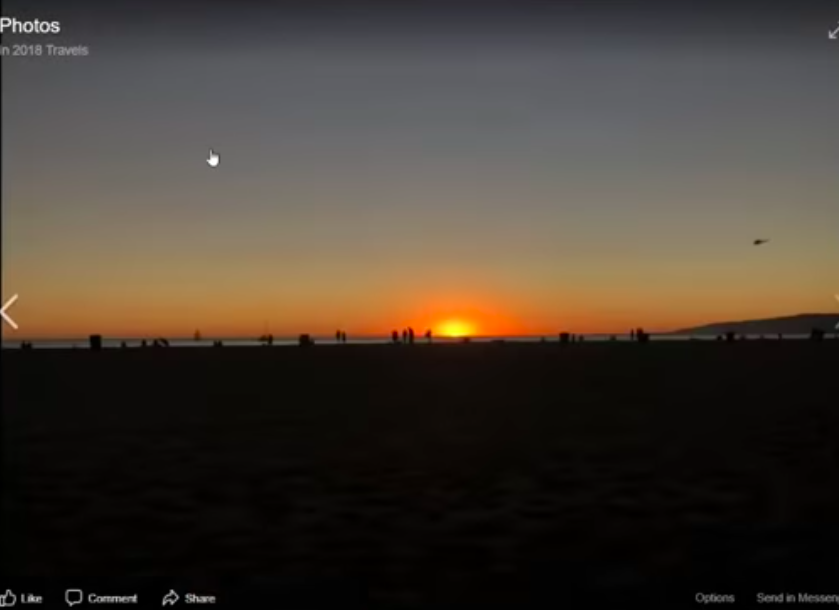 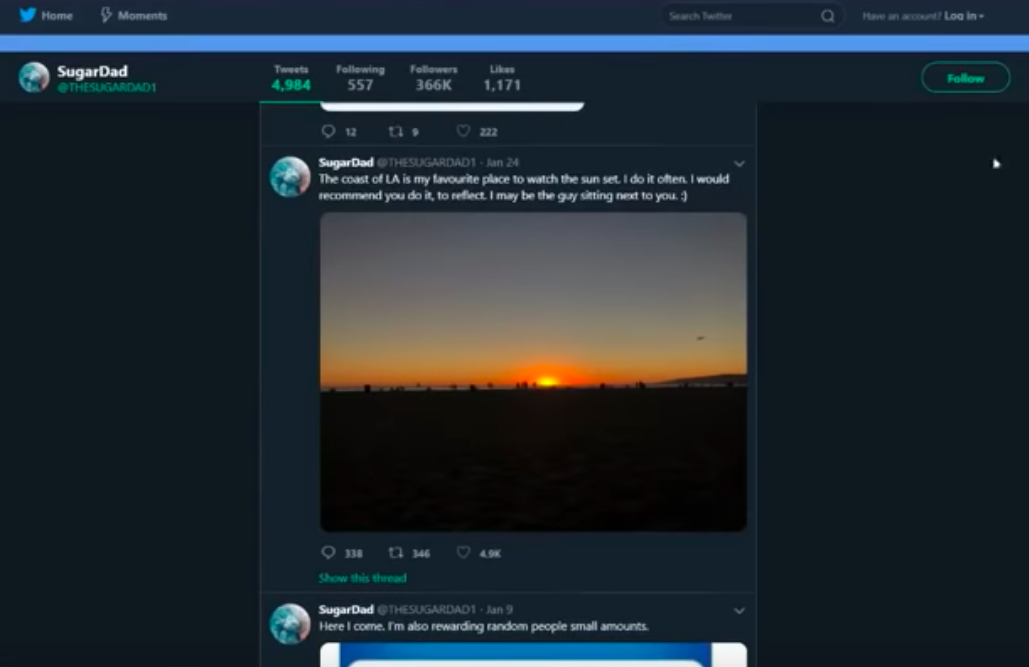 As Juls continued to scroll down Dunnigan’s Facebook photos, he also spotted another familiar face. “Toward the bottom of his pictures, I saw one picture that stuck out,” he says. “I was like, ‘Wait a minute, that’s ScarJo1!’ I went back and opened up her video she made about TheSugarDad and all that bullshit. That’s when I was really like, ‘Caught ‘em!’” 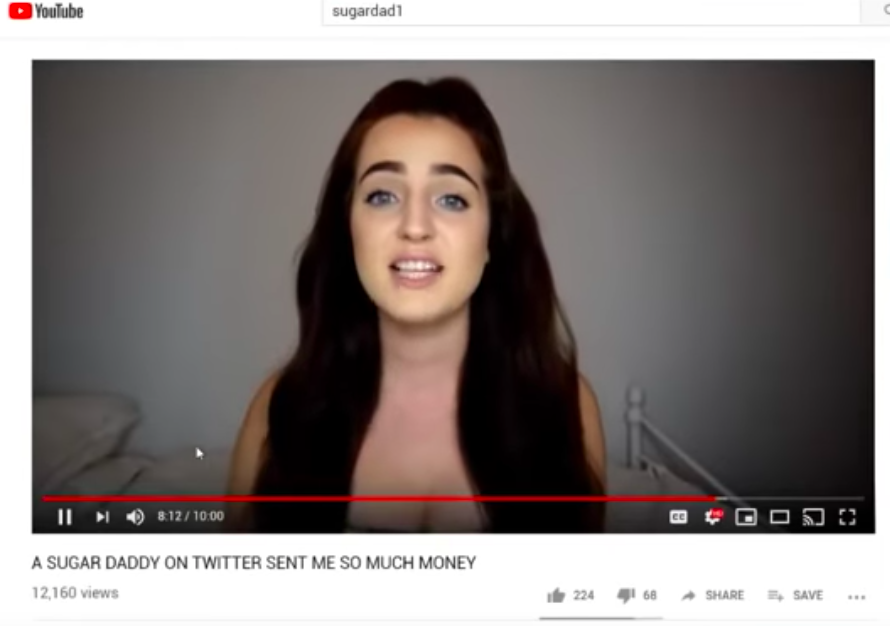 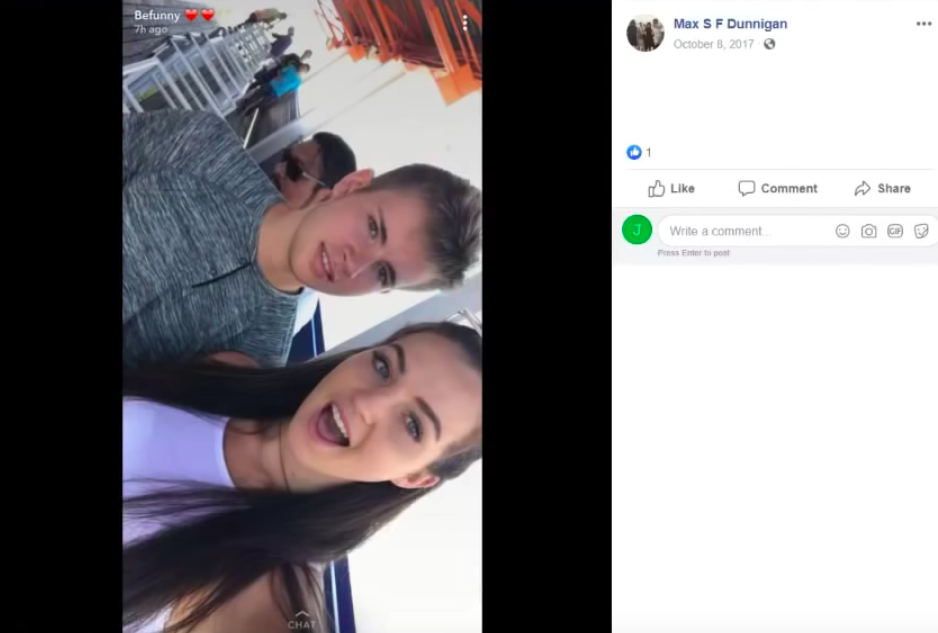 Once he had visual confirmation, Juls made his second video and posted it to YouTube. He also contacted TheSugarDad1. He got no response. He did, however, get a response when he sent a message to Dunnigan on Facebook. “He was hella defensive and aggressive,” Juls says. “He threatened that he’d come and beat me and shit like that. I was like, ‘Okay, bitch, come on then.’”

After the initial flurry of bluster, the Venice sunset pic was suddenly deleted from both TheSugarDad1’s Twitter as well as Dunnigan’s Facebook. Next, Dunnigan deactivated the Twitter account entirely. “It was satisfying to see his Twitter account get deactivated,” Juls says, with a lift in his voice. “Now all the people see the truth. His accounts are gone. He’s nowhere to be found.”

Juls adds that he’d be happy to doxx anyone else who wants to scam people who are just looking for a taste of hope. “I definitely enjoyed doing it and would do it again, but the only account that I have my eye on now is Joe Vargas.”

Long believed to secretly be TheSugarDad1, Vargas is a Vegas businessman who’s made a small fortune in CBD and who many think is sketchy, too. As Juls puts it, “I can’t tell if he’s legit, or not. He might be. I think his Twitter account might be kinda compromised because his main account was just suspended. It seems like Joe Vargas is going through a lot right now, because I think his company was involved in that whole Jake Paul scandal and party in Vegas. He may still be dealing with bullshit from that. I haven’t looked into it enough just yet.”

“Not yet,” being the operative phrase.