The Eternal Comeback of Ben Affleck

The troubled star is a patron saint of second chances

It’s hard to say which came first: our friendship or the obsession we share. We cannot decide if the fixation has been intensified by our bond, or if it was the other way around, but it doesn’t really matter. What’s important is that we both know we owe everything — our mental landscapes, sexual identities, hell, even our alcoholism — to one man. And we’ve never even met him! He’s a far-removed star of screen and magazines: Mr. Benjamin Géza Affleck-Boldt.

You could say it’s not unusual for two white, Extremely Online™ thirtysomethings in L.A. to identify as Bennonites. Current paparazzi photos of Ben Affleck — not fully ravaged by time, but relatively washed as a 47-year-old in recovery from addiction — blearily vaping or contemplating the ocean are a strong meme currency, due in part to his being a Hollywood fixture and Major Movie Star during the adolescence of older millennials who now shitpost on Twitter. 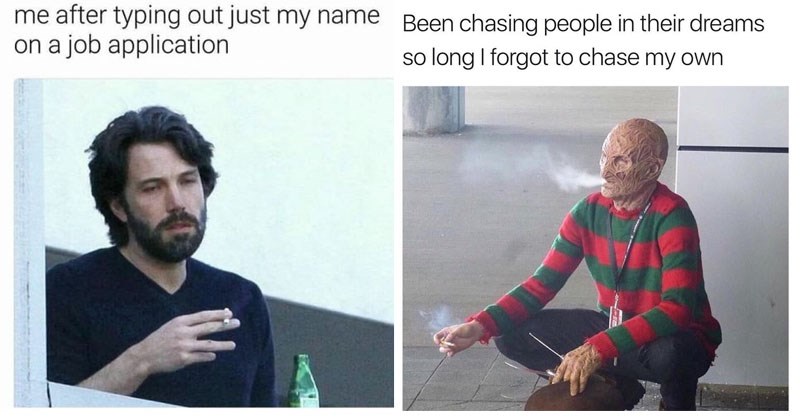 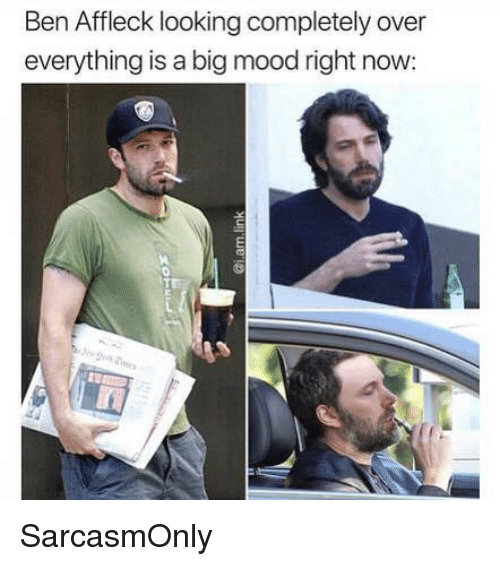 Alana grew up on the working-class Affleck of Good Will Hunting; Miles remembers him as the sleazy villain of Mallrats and a regular presence in many of Kevin Smith’s films. Alana is also, basically, in love with Affleck, as in her youth she remembers him embodying a masculine ideal — the ultimate tall, dark, and handsome “Boy Next Door” (if you lived in Southie). During a screening of his new movie, The Way Back, a resolutely corny flick about a down-and-outer battling booze while coaching a raggedy school basketball team, she whispered, “He’s still so hot, even playing a bloated alcoholic.” Miles, meanwhile, is flummoxed by people who say he resembles the actor; once, he was made to pose for a selfie with a Lyft driver. “I’m going to show my wife I had Ben Affleck in my car today,” they said. (Yeah, he got five stars, whatever.)

This alleged likeness is now a joke between us. Alana says there’s no truth to it, that every white guy looks like Affleck — unwittingly paraphrasing a golden joke from the 2008 comedy Role Models, which it turns out she hasn’t seen. In the scene, a black kid tells Paul Rudd’s character, “Suck it, Reindeer Games,” and Rudd protests that he’s not Ben Affleck. The boy replies with irrefutable logic: “You white, then you Ben Affleck.”

If this is a lasting triumph of pop-cultural humor, and oddly relevant to Miles’ experience, it must be proof of how Affleck’s career and not-so-private life have merged into a narrative that makes him oddly generic, in spite of fame and major awards. Though originally set on the classic movie-star track that gave us George Clooney and Brad Pitt, temporarily engaged to Jennifer Lopez and later married to Jennifer Garner, he has never shed the everyman aura, the “self-deprecating charm” that isn’t enough to salvage the mediocre screenplays he takes on.

In that light, The Way Back — Affleck’s latest vehicle, a paint-by-numbers sports melodrama — is less a departure than a long-awaited apotheosis. As MEL film critic Tim Grierson writes, Affleck’s performance as a dazed, grieving father and once-phenomenal high school athlete is calculated to show us “humility and seriousness” through the lens of “inevitable declining manhood.” To show up on screen as “a washed-up drunk” is “as close as handsome male movie stars get to being like the rest of us,” he notes. Unless, we would quibble, that handsome male movie star happens to be Ben Affleck, whose actual descent into alcoholism has been tabloid fodder for years, and grist for the relatable memes now fused to his reputation. 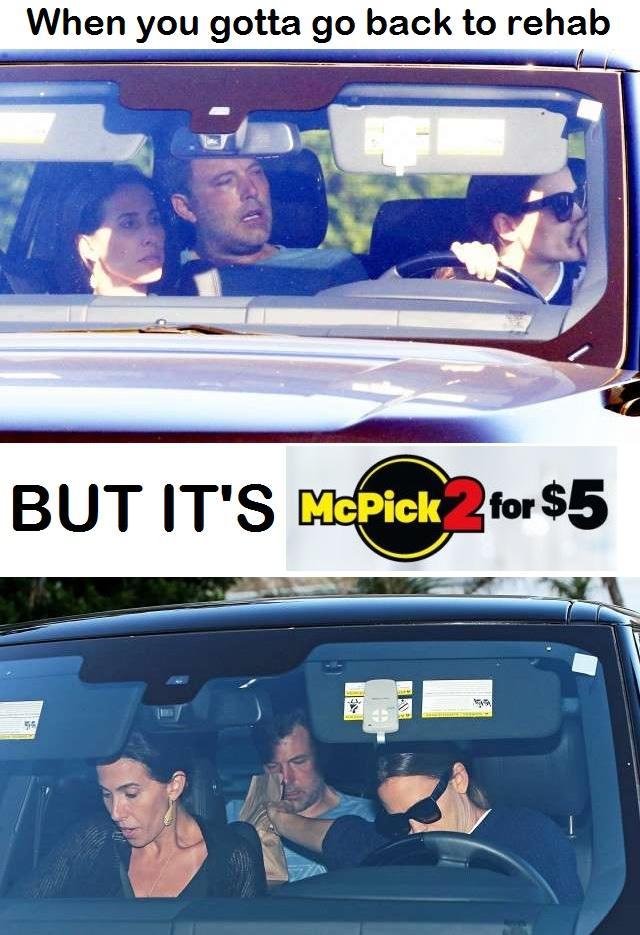 What’s most surreal about watching The Way Back is seeing how deep Affleck digs, how powerfully he draws from his personal struggles, for a role in a movie that fundamentally sucks, a pastiche of all the available underdog clichés. If his turn as Batman was about drowning his sorrows, his latest is about confronting them head-on, mining them for method purpose.

Affleck’s truncated run as Batman for the DC superhero universe — he quit the part out of fear he would otherwise drink himself to death — marked a low point that produced the “Sad Affleck” meme: At a press event for 2016’s Batman v Superman: Dawn of Justice, he appeared to zone out in melancholy reflection as co-star Henry Cavill gave a lengthy, prattling answer to a question about negative reviews. Much in contrast to the “Sad Keanu” meme of 2010, where Keanu Reeves is pictured eating a sandwich alone on a bench, Sad Affleck didn’t occasion an outpouring of sympathy, nor a concerted movement to cheer him up. To the contrary, Affleck’s basic white dude status made him somehow deserving of such doom and gloom, whereas Reeves was a good guy who needed support (and would soon, accordingly, regain his box-office mojo with the John Wick franchise, thereby sparking a Keanussaince). 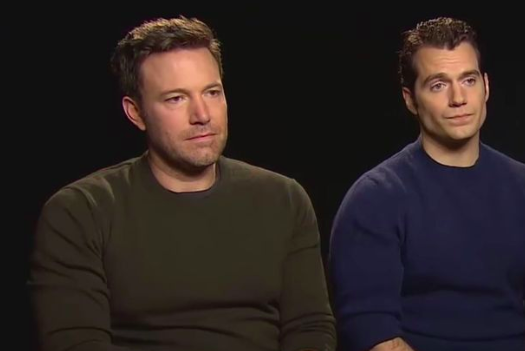 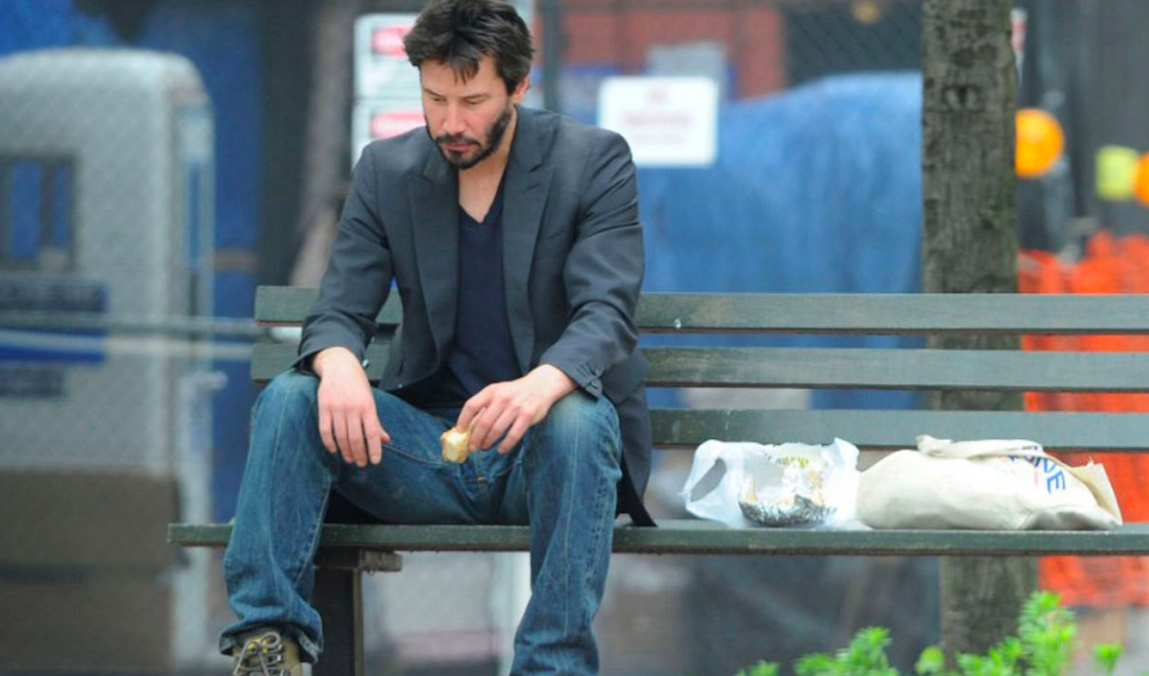 With its ponderous tone, The Way Back is an attempt to wrest control of the Sad Affleck phenomenon, to channel the hurt we mocked and render it as moving art. That’s why it’s not enough for him to be a compulsive drinker in it; he also has to have a dead son, because dependency alone may leave us to conclude, again, that his anguish is purely of his own making. It’s crucial that he’s thrown everything away for a big, stark reason. No matter that addiction is categorically a disease — there’s still a prevailing sense that it’s somehow earned, either through intense trauma or moral bankruptcy.

There is an obvious parallel to the acclaimed Manchester by the Sea, an acclaimed arthouse drama featuring Affleck’s brother, Casey, as an angry drunk whose familial negligence had tragic and shattering results; that Affleck’s version simplifies by excising this culpability, adding cheesy teamwork metaphors and shooting straight for a mass market tells you what place he occupies in the collective consciousness.

But in Affleck’s real-life saga, the root cause for implosion is missing. We are fascinated by his tiredness, his tailspin, his dirtbag vibes, stints in rehab and glancing #MeToo moment as unforced elements of an A-lister who “should have” been able to ride privilege and success straight past any pitfall. In fact, on the professional side, he has: The Way Back is styled, right down to the title (originally, it was The Has-Been), as a comeback picture, yet it’s hard to argue Affleck ever went away in the cultural sense. His trajectory wasn’t nearly as blunted by his alcoholism and divorce as that of an actress judged to have aged poorly or, indeed, at all.

There is something almost “comforting” about a nice-looking, all-American guy who blows his victory lap, because we know he’ll always be saved. His pain will be neatly mapped onto art, where tales like his abound. Affleck’s story — that he married the perfect gal who became the perfect mother and cheated on her with the nanny; that he got the job of a lifetime and took to the bottle to cope — is striking not just because men like him are familiar, but because the world desperately wants to forgive them. His redemption is redundant, a welcome home for the guy who’s been here this whole time. We’re so eager to give him another chance, it hasn’t occurred to us that he’s had them all. Could it be that we’re stuck on Affleck as the patron saint of perpetual second acts for white male fuck-ups? That his relevance won’t fade as long as our country continues to prop up collapsing men and validate their self-sabotaging habits? 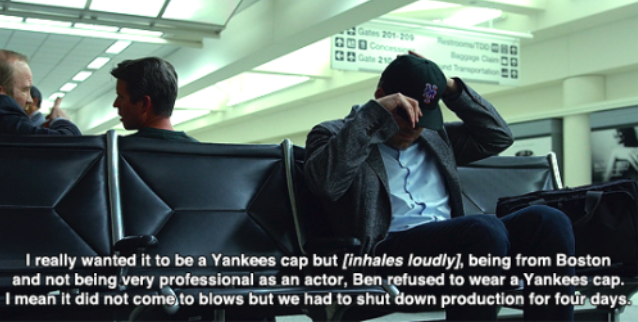 To that end, we have to acknowledge that one piece of our shared preoccupation with Affleck — and interest in The Way Back — is the drinking itself. Alana has been sober for eight months, and Miles, hoping to curtail years of heavy consumption, is currently off the sauce as well. Sitting through this film without the fortification of liquor leads us to wonder if it’s a cautionary tale at all. Affleck’s character has an aspirational group of barfly friends. We envied his slugs of vodka from the bottle, and we admired his ritual of keeping the next beer in the freezer so that it’s extra-cold when he cracks it open. When, after a period of willful sobriety, a traumatic day drags him off the wagon, we witness his first trembling sip on a pint as almost religious relief.

While it’s true this is a portrait of addiction from the inside, showing us the seductive gravity of intoxication, it may also speak to our unhealthy commitment, as a society, to Ben Affleck — the flat refusal to let him be, the harvesting of his image for content, the weaknesses we like to project onto him, no matter what he’s going through. Affleck’s burdens belong to us, and vice versa, now and forever. You thought Armageddon was dumb? Bitch, so did he.

There’s no coming back from our folie à deux. Though it’s time to let Affleck go, to let him live on better terms, we can’t. And that, exactly, is the point: He’ll be the garish tattoo on our back, permanent and puzzling, a phoenix ever rising from — though not escaping — the pile of ash. No matter how old, or drunk, or washed up he gets, he’s our Benny boy. And you’ll pry him from our cold, dead accounts.

Please, do not try to help or save us. We’re happy here… together.