The Drama and Catharsis of Moving Cities in a Pandemic

When everything is effectively closed and sickness potentially lingers with every human interaction, how do you say goodbye to the place and people you love?

How do you say goodbye when you’re moving cities in the middle of a once-in-a-century pandemic that’s wrecked every normal social interaction in your life?

In my case, you hardly say it at all. The last two weeks have been punctuated by a steady stream of text messages, clumsily clarifying my location to friends and acquaintances alike. It’s no longer Los Angeles, the city I’ve been visiting every year since my birth and my full-time residence since I moved there for college in 2009. I’ve now traveled 400 miles northward, to San Francisco — the countercultural rival to glitz-and-glam L.A.

In reality, the two cities have more in common than not (a crushing housing crisis, beautiful historic neighborhoods, racial diversity, great food and a lot of milquetoast liberals). But replying to an innocuous text asking me how long I’d lived in L.A. made me realize that I’ve spent nearly as much time there as I did growing up in Hawaii. The city hosted so many firsts — first college tailgate, first legal drink, first relationship with someone I wanted to marry, the first taste of the banal oppression of post-collegiate adulthood — it’s no wonder that I had so many plans to symbolically bid farewell to L.A. It was supposed to end with a grand procession of people, places and parties. Instead, I mostly sat around alone, talking to faces on screens and packing boxes late into the night. 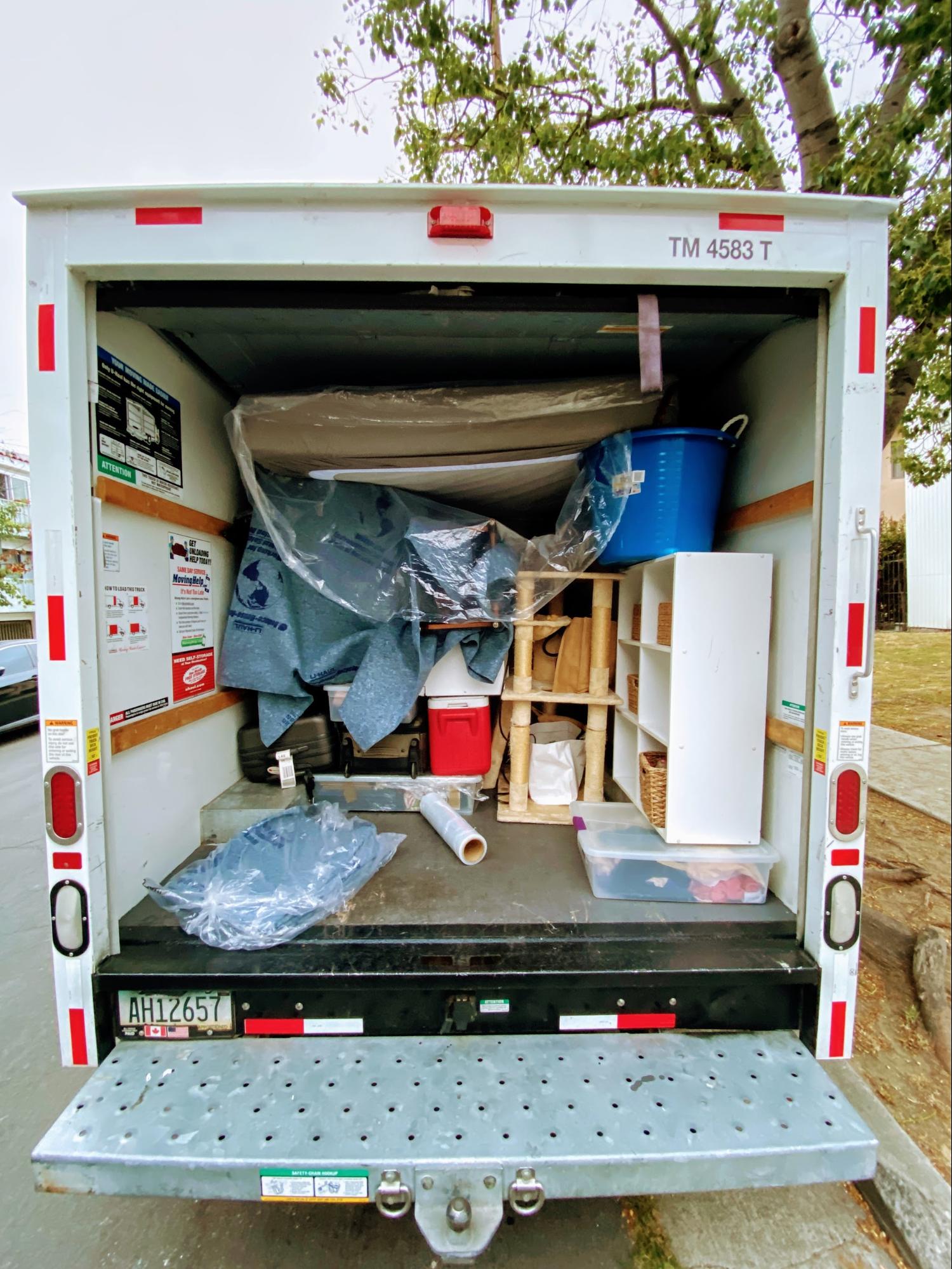 A part of me wanted to say fuck it to all that careful quarantining I had maintained. I chose to meet a handful of my closest friends, sharing takeout meals and watching movies together like it was a regular Saturday night. I hung out with a few of my favorite neighbors, sipping beers and smoking weed one last time. But that was about all I could manage without feeling guilt about COVID-19 safety, not that I had many options to celebrate solo. Not only was I carless — sold to a junkyard after an engine blowout — but all of my favorite bars, restaurants and clubs were effectively closed.

The last few days in L.A. are a blurry mess in my memories. I had so much more stuff than I could bring, and throwing an innocuous item away came with the nasty side effect of triggering a decade’s worth of nostalgia, over and over again. I found and sifted through old photos, Christmas cards and work documents. I thought of people I wish I had spent more time with. I thought of leaving my grandmother in a Koreatown nursing home. And I remembered that I’d forgotten to visit my grandfather’s grave on his birthday, too. I’m lucky that I had a friend who wanted to ride along for the six-hour drive to San Francisco, to keep me out of the darkest corners of my head and feelings. In an inauspicious touch, a rainstorm of hellish proportions fell upon us as we entered the last 100 miles of the trip, even spinning an innocent car on the freeway. 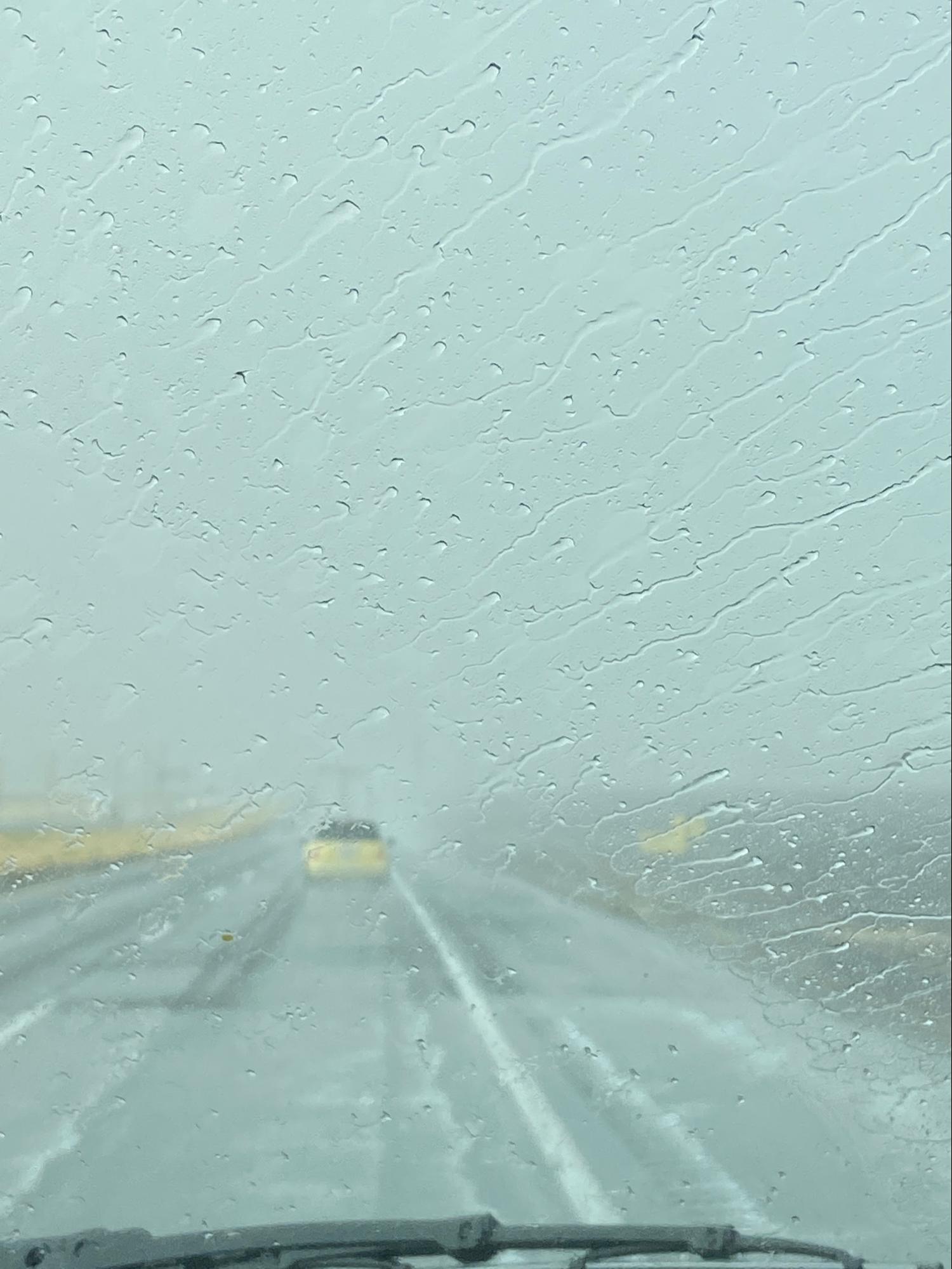 Arriving in my new home didn’t do much to quell the questions. In the last two weeks, a lot of people have expressed relief that I avoided the riotous, fiery uprising in L.A. that sprung up in the aftermath of George Floyd’s death. But the scenes of police brutality and chaos that unfolded in L.A. during my first weekend in San Francisco just left me with some weird form of guilt — guilt that I was on the sidelines, in the wrong place, at the wrong time. I wanted to throw my rage at the mayor at his home, and watch the liberation of Gucci shops and Nordstrom Racks in person. Being unable to report one last time on the people and the city that inspired my career felt crooked, somehow.

My frustrations boiled over on a gloriously blue and sunny Wednesday. I walked through the historic Mission District and landed at the steps of a high school, where a protest was starting up. Over the next six hours, I watched queer teen organizers mobilize 30,000 marchers to the sound of Afro-Cuban drums and revolutionary promises to end police and capitalism. The river of people wound across miles and miles of SF asphalt I had never walked before. I saw kids standing on a school bus, burning an American flag until nothing but a few polyester threads remained. I stood at the fence in front of the county jail, watching a small sea of young people mock riot cops on the front line. The knife-edge tension was as high as at any protest I’d attended in L.A.; I lost my voice by 7 p.m., but I stood there until 10, two hours past curfew, waiting for the hiss of tear gas while fretting that I had breathed in a metric ton of COVID air all day. 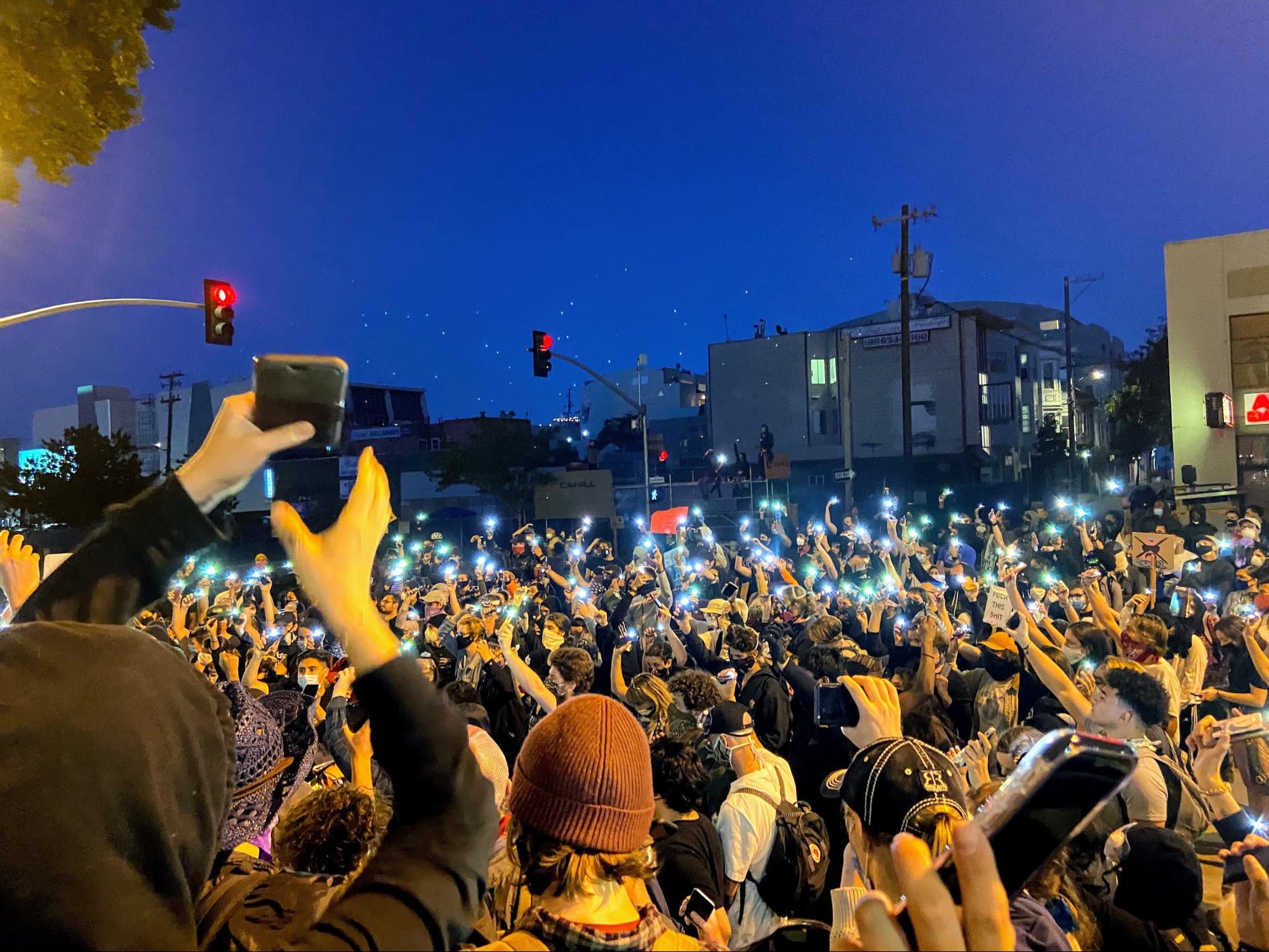 The tear gas never came, but that long Wednesday cracked the chill I felt about moving here in the middle of a pandemic and a generational protest movement. It lit a fire under my ass to get familiar with the activist organizers in the Bay Area, for one. It also reminded me that there is so much tangible joy in getting to know a city and the people who help define its culture. I saw clearly, for the first time, how that culture informed the anger, smarts and committed activism of San Francisco’s kids. And witnessing so many stories made me commit to not just living here, but working toward some sort of change. I think it helped me accept all those reassuring clichés people told me about the move being an opportunity, not a sacrifice.

Who knows — maybe not until 2021. I sense so much unfinished business to unpack, but amid a world in crisis, it almost feels selfish to linger. I’m trying to push that feeling aside for now. Moving away from a place you love always hurts. But stumbling from pandemic fears into civil disobedience ended up putting that hurt into perspective.

I still can’t explore and acclimate to San Francisco how I want, given that COVID cases continue to rise in California as it “reopens.” I’m glad, however, that I’ve learned to love it a little more after seeing its people rise up, meeting conflict with the promise of change. It gives me reason to look forward to a long fight ahead.