To be a basement-dwelling, chicken-tender-devouring ‘goodboy’ is to live a life utterly unexamined — and to be the better for it

On r/Tendies, my favorite subreddit, users roleplay as a community of morbidly obese thirtysomething manchildren called “goodboys” who live in their mothers’ basements and nurture an all-consuming passion for chicken tenders, which they call “tendies.” They douse these tendies with honey mustard (“honey mussie”) and pair them with Mountain Dew soda (“dewies”) that their long-suffering mothers (“bitch mommy”) serve in exchange for Good Boy Points (“GBP”), a sort of alternate currency that the goodboy can accrue by completing various tasks — washing the dishes, for instance, or not shitting the bed. Goodboys are also obsessed with anime and often take “waifu” girlfriends, that is, imprints of alluring anime girls stitched into full-body pillows that accompany them on dates. They relieve themselves in “piss jugs” that they hurl when threatened, mostly at their mothers, with whom they are locked in an eternal struggle.

The best thing about the r/Tendies community is how it differs from other lonely nerd-dominated online communities, such as that of the aggressively misogynistic “involuntarily celibate” incels. The goodboys aren’t the disenfranchised young males of white supremacism and school-shootings but proud, fully actualized manchildren, utterly without shame. While the unsavory incels wallow in a dark miasma of self-loathing, the goodboys celebrate themselves unapologetically. A husky goodboy takes pride in his “healthy frame,” and isn’t jealous of the toned physique of the alpha male, or “chad” — he considers anybody under 700 pounds to be “emaciated.” Likewise, he takes no issue with a life lived solely in a sunless basement, which he views not as sad but virtuous, like that of the divine subjects of Renaissance painters, for whom girth was wealth and sloth was strength.

“It’s not making fun of basement dwellers,” agrees r/Tendies’ most prolific moderator, who identified himself only as “Hugh Jass.” “We’re kind of roleplaying as basement dwellers, embracing the fun of it, the idea of living in a basement and eating tendies all day, of doing whatever your id wants, even if it’s being obese and throwing piss at your mum and being on the internet all day. Whatever it is, we’ll look at it in a positive light.”

Similarly, goodboys communicate in a distinct pidgin that lightens the standard loner internet slang of “chads” and “virgins” with language borrowed from medieval chivalry. Goodboys, for instance, greet each other online with a tip of the fedora and a deferential “m’goodboy” (as in, “m’lady”), and signal their presence with a cry of “REEEEEEEEEEEEEEE,” based on the hoarse inhalation a frog supposedly makes under duress.

To be a goodboy is to live a life utterly unexamined and to be the better for it. The goodboy’s existence is one of pure appetite and, as Hugh Jass points out, raw id. He is Nozick’s utility monster, experiencing such inordinate pleasure from things that it outweighs the pain he inflicts. He is joyous and boundless, the anti-incel. It’s just a pity he isn’t real.

Rather cruelly, much of the raw material used for r/Tendies’ posts is supplied, often unknowingly, by real people. An image of a preternaturally large teen wearing a top with the words “Orgasm Donor,” for instance, has accrued 7,000 upvotes; and a GIF depicting a large, well-dressed man delicately handling a gourmet platter of chicken tenders, served to him in what looks like the restaurant of the Ritz-Carlton, has 1,600. Recently, a news story headlined “Morbidly Obese Man Craned Out of Flat, Says It Was First Breath of Fresh Air in Six Years,” was posted alongside the caption, “Our Lord and Saviour forced against His will by a band of unruly Chad’s to breath the noxious city fumes. We must REEEEEEE-taliate!”

The victims of these jokes often protest the goodboy comparison. In 2018, r/Tendies contributor Ramsi Hartmann posted a picture of a guy he’d found on a subreddit where fans discuss the medieval roleplaying game For Honor. The photo depicted a “bearded guy wearing self-made armor,” says Hartmann. “He was chubby and his room was very unclean, so I titled it something like “‘M’goodboys, I will go fight for our tendies. Pls dont mind the pissjugs.’” The post did well, but the guy featured wound up being “tipped off” about the joke, and demanded it be taken down on the grounds that it trivialized his “struggles with weight” and appropriated his “intellectual property.”

Neither does it help that these posts are often taken literally. Indeed, the very first post to articulate the broad contours of the goodboy archetype was credible enough: A “green text” story on 4chan, in 2014, in which an anon douses his mother in urine after being denied a McRib. Another early post described a goodboy’s despair at finding his waifu pillow washed and ironed. A commenter was dismayed. “What the fuck,” the person wrote, “does your mum reward you for [sic] points for not throwing an autistic tantrum and embarassing [sic] her in front of company[?] You sure are a truly wretched mess.” Likewise, a 4chan user provoked a great outcry on Mumsnet after posing as “Janice1975” and asking the site’s assorted mums what could be done about a reclusive adult son, a prototypical goodboy, who “flies into fits of rage when I refuse to go to the shop and buy him some chicken tenders” and “smashes things up when he loses at his games”?

The mothers, in that case, were predictably appalled. “Oh. My. God,” wrote Amandahugandkisses. “Good boy points? He’s 22. He threw a bottle of p over you? You are being abused in your own home. He needs to move out pronto. Really shocked at this.” Another, Mumblechum0, was sad but unsurprised — she knew a goodboy herself, a family friend. “This sounds very similar to a family we know,” she wrote. “They eventually ‘cured’ him by taking him to Australia for a five-week holiday which was a complete digital detox, i.e., he couldn’t even have access to a smartphone. He still doesn’t have a job, but they only got back a few weeks ago and at least he is now finally looking for a job.”

All this, surely, is nothing less than grotesquely insulting to those being mocked. And yet, r/Tendies’ defenders would argue that the goodboy, in his current iteration, is such an obvious exaggeration that nobody is really being insulted. They would note that his microeconomy of goodboy points is now so large it could trade on the S&P 500; that his relationship with his mother has grown unnervingly erotic; and that he has become ever more enraged at the slightest incursions into his comfort — being served the hated “nuggies” instead of tendies, for instance, or the presence of “vegetals” in his diet, such as the brominated vegetable oil in his beloved Mountain Dew.

In other words, how could anyone take such a character seriously?

“It’s a caricature of a straw man, buried in layers of irony, no longer bearing any resemblance to anything found in reality,”  says Luke, another r/Tendies moderator. “What once may have been a signifier has now taken a life of its own. That’s not unique to this meme; nowadays that’s pretty much the endgame for any meme sufficiently popular to be noticed by people who like subversiveness, irony, satire, parody, post-modernism or what have you.” Luke does allow, though, that he shares one characteristic with the proverbial goodboy: Both are “terminally online.” But, he adds, “as far as having the kind of atypical relationship the character has with his mother, that’s a reach.”

Caricature though he may be, you have to wonder why the archetype of the goodboy resonates quite so much. Is it actually so far removed from reality? When user Here4TheTacos first got into the subreddit, he “saw a post come up on the popular page and thought it was hilarious,” he tells me. Yet, “at the same time I was like, ‘Oh gawd, I love chicken tendies and Mountain Dew. Am I one of these people?! Fortunately, I realized I have never accumulated goodboy points, so I felt a little bit better, and got back to my tendies.” Similarly, he noticed that in “situations where I’m told that a restaurant is out of honey mustard and/or ranch for my chicken tendies, I experience a sudden burst of anxiety and sweats.”

It’s not uncommon to find oneself laughing at an r/Tendies post only to realize that, oh dear, you’ve been staring at your screen for 12 hours while eating Nutella out of a jar. Daniel Lipton, a 25-year-old r/Tendies fanatic who lives with his mother, feels the same. “[My girlfriend] has pointed out that in Bowery Lane” — where Lipton used to work — “when I didn’t want to go to the toilet, I actually had a piss jug! I am a tendie incel!”

I put this all to Hugh Jass. I want to know whether, as I suspect, there is a goodboy within us all. He says indeed there is. He goes so far as to suggest that the goodboy is not only relatable, but genuinely aspirational. “I try to be a goodboy,” he says. “Not to the extent of throwing piss at my mum, but being a goodboy is a good philosophy to live by. In a positive way, I do what I want. If I wanna play a video game and eat and I don’t have anything else to do, I might as well do it.”

“Is it therapeutic?” I ask, wondering if r/Tendies offers a language, a lexicon of waifus and healthy frames, that makes it easier to talk about real problems.

“Oh god yes,” he answers. “Sometimes I just wanna scream and throw my piss jugs in real life. And doing that online is a little relieving.” 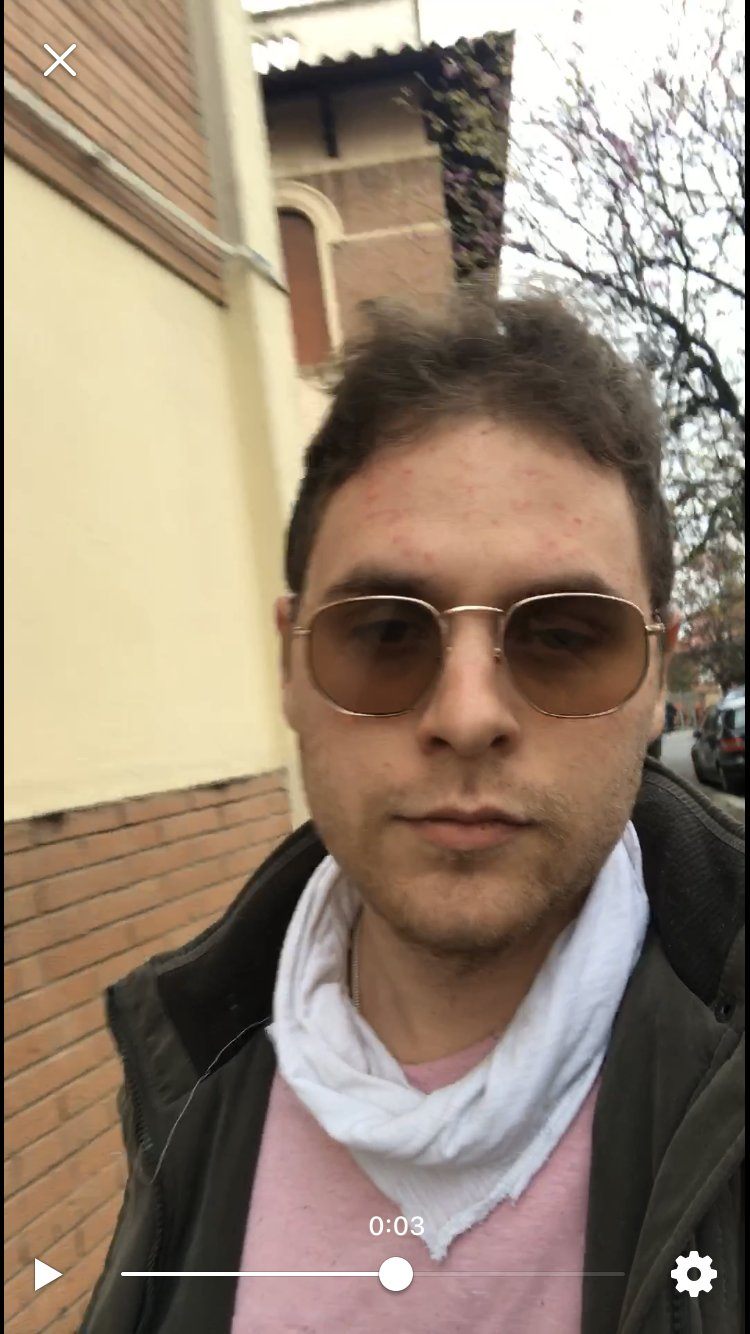 Ben Munster is a freelance journalist, and has written for Private Eye, New Statesman, the FT’s Sifted and the Hackney Gazette. Formerly he covered the disturbing world of cryptocurrency for Decrypt, where he was a staff writer for a year and a half.