When You Die, You Can Have Your Tattoos Framed for Loved Ones to Keep

I always wanted to be a wall hanging!

Attention, everyone: If you have tattoos, Michael and Kyle Sherwood — both embalmers and funeral directors — will gladly peel them away from your dead body and frame them to be hung somewhere nice. (My thoroughly inked body is now tingling, thank you very much.)

It may sound like something inspired by The Silence of the Lambs, but no: The Sherwoods run an innocent family business called Save My Ink Forever, where they use their combined years of embalming experience to remove tattoos from dead loved ones and transform them into thoughtful tributes. Their only stipulations: No full-face or genital tattoos.

Kyle is rather secretive about the process, but he talks me through the gist of it: At the request of your closest living relatives, they surgically remove the chosen tattoos — the simplest part of the procedure, says Kyle — then implement their proprietary preservation techniques before mounting and framing the decorated skin behind UV-protective glass. All said and done, he explains, “It takes roughly three and a half to four months.” 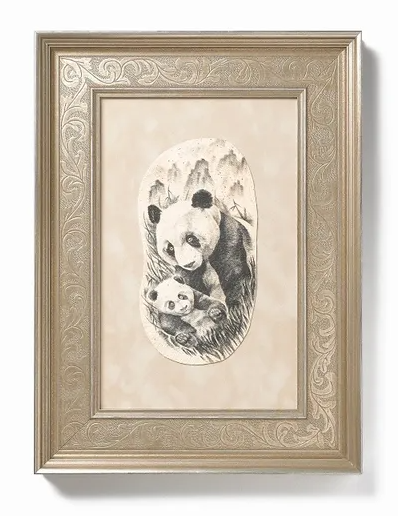 It may sound gruesome, but Kyle assures me that the process is minimally invasive and only requires the removal of the dermis, just above the hypodermis. Therefore, he says even people who have full-body tattoos removed for preservation can still have an open-casket funeral, albeit featuring fewer tattoos than they had before being completely flayed. “You can have a traditional funeral or be cremated once our process is done,” Kyle says. (Though, he hints at them using some funeral home trickery to make the bodies appear more natural after the tattoos have been removed.)

Having your skin transformed into a wall hanging will certainly cost you or your next of kin: The Save My Ink Forever starting price for five square inches of tattoo comes to a not-at-all-insignificant $1,599, including framing and shipping. Meanwhile, full-body tattoos can cost up to $100,000. But for many, being able to preserve a precious (and literal) piece of their loved one is priceless. Kyle tells me of one woman who lost her son and wanted to save a memorial tattoo he had done by his uncle for his late grandfather. She told him, “Within this tattoo, I have my son; I have my brother; and I have my dad. It’s a memorial for all of them.”

Beyond sentimental value, Kyle explains that many tattoos these days are worth saving for their artistic importance. “Some of the tattoo artists today are modern-day Michelangelos and Picassos,” he says. “My philosophy is that you wouldn’t burn or bury a Picasso.”

Some of the tattoos that the Sherwoods preserve could also be considered important pieces of history. Kyle tells me they have an original Sailor Jerry tattoo in their preservative pipeline, and Sailor Jerry — yes, the rum guy — is widely known to be the godfather of American traditional tattooing.

Now, the Sherwoods weren’t the first ones to come up with this idea, but they may be the first to commercialize it. In the early 20th century, Japanese doctor Fukushi Masaichi began removing tattooed skin from corpses and had amassed more than 2,000 samples before many were destroyed in World War II. His son, Fukushi Katsunari, continued the family tradition for years at Tokyo University’s Medical Pathology Museum.

Knowing all of this, would I choose to have my inked skin preserved and placed on a family mantle? I can absolutely understand the sentimental value behind tattoos — I have some that symbolize my family, transformative moments in my life and even my precious dog. I can also recognize — and second! — what Kyle has to say about the shockingly impressive talent that many tattooers demonstrate.

However, being completely honest, it doesn’t feel like a decision that’s relevant for me to make — when I die, my family can do whatever they want with my body, and my dead brain would be entirely unaffected. If anyone wants to shell out 100 grand to have my inked skin plastered on their walls, by all means, go ahead. Just try not to spend too much time staring at my tatted ass.