Who decides a $200 hoodie is ‘surf wear’ when real surfers wear wetsuits?

Trying to define surf wear is like trying to establish a unified theory as to why some surfers perpetually sound like they’re stoned. You can come up with a few categories — none of which are likely to be wrong — but just as soon as you define surf wear as some variation of dirtbag chic, wearing clothes that somehow appear as though they’re disintegrating in front of your eyes, you’ll meet a surfer who dresses like a goth, or a surfer who likes Italian linen, or a surfer who thinks cowboy boots are totally bitchin’. The point is, unlike skateboarding or sneaker culture — which stems from an activity that lets you actually wear the apparel while playing — surfing is a water sport; therefore, its only true uniform is a wetsuit. Which, unless you’re Batman, isn’t the sort of thing you’re likely to wear to a cocktail party.

Famed surf wear brands like O’Neill, Billabong, Rip Curl and Quicksilver got their start in apparel via wetsuits and board shorts. In the 1960s, surf wear was largely defined by aloha shirts and colorful accents. A decade later, we got the brand Kuta Lines, founded by Tony Brown in 1973, which, per Surfd, used “ikat weaving and dying techniques to create unique, warm hoodies that were perfect to pull on after getting out of the water on a gray day.” It’s from this tradition that surf wear — or at least, what we associate with surf-inspired clothes — gets its reputation. 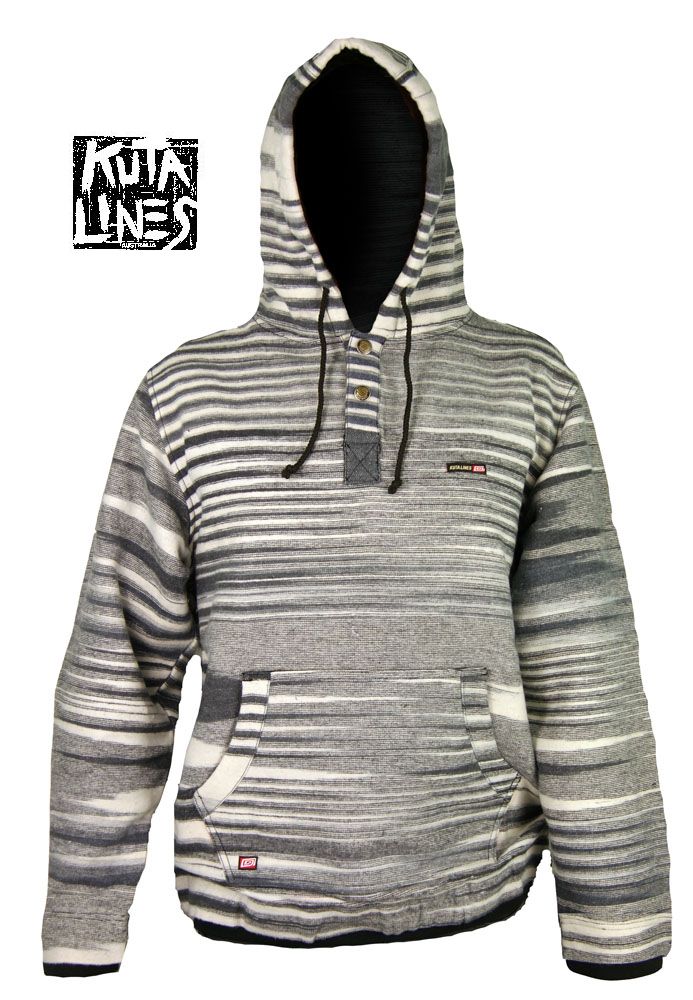 For surfers, the material of things, the way they feel against your skin, is tantamount to the fashion experience. After a long, likely chilly surf session, surfers want something soft and cozy. Something that wraps around your body but that also feels like it’s barely there. In other words, surf wear, if I were to define it, is less about style or even expression as it is about feeling naked with clothes on. It’s why you get surfers with holes in their shirts or hoodies that feel like the material was spliced together from a special, ethereal breed of cotton plant. It’s from this well of minimal interference that you get the tank top.

It’s also the foundation for beach-inspired brands like Marine Layer and Faherty, mostly known for their absurdly soft materials. Both brands depict a sort of laissez-faire approach to fashion: In the same way that palm trees exude chill California vibes, Marine Layer sweaters — most of which cost a few hundred dollars — say, “I like the idea of surfing so much that every summer I declare that I want to learn how to surf. But also, I’m scared of sharks.” There’s nothing wrong with this perversion of surf and beach culture, of course, but it’s not surf wear so much as it is surf-wear tourism. Primarily because a surfer who has a couple hundred dollars to spend on a hoodie is more likely to use that money to buy a new surfboard.

So then, what is surf wear?

Again, the question is impossible to answer. Despite the archetype of a laid-back beach bum, most surfers I know are just as likely to be influenced by surfing as they are music, movies or even mainstream fashion, which leads to an overall look that’s more akin to punk rock than it is to a beach bum. But obviously, even somewhat antagonistically, the beach-bum surfer certainly exists, too.

Ultimately, in a water sport that has no true active uniform, the options are limitless. The only common denominator is fashion that feels freeing.