The ‘Sportsball Guy’ Is the Last Relic of the Cringe Internet

Nothing takes you back to a simpler time like the Sportsball Guy, who epitomizes an era when geeks ruled the internet and not-liking-things was an entire heckin’ personality

Imagine you’re having a nice time at a Super Bowl party. The pandemic is a distant memory — herd immunity has finally defeated the curve — and you’re christening our long-awaited return to normalcy with some delectably normal activities: watching the game and having a Bud, preferably with the boys. Your brain chemistry floods with a long-neglected flavor of joy — this feeling of ordinary civilian bliss — as you remember how much you missed the intoxicating doldrums of your formerly average American life. Nothing beats the fat part of the bell curve!

But just as you’re about to load up on another plateful of seven-layer dip and sink back into a dialogue about your buddy’s new offset smoker, a rogue actor materializes in the corner of your eye. “Oh god, who invited him?”

Too late, nothing can be done. The Sportsball Guy has arrived.

“Hey everybody! Oh, the Super Bowl is on? How many home runs have they put in the net? I didn’t realize that today was the sportsball day!”

Everyone in the room tenses up, as they mourn the now-tarnished loose atmosphere that previously floated around the room. For the rest of the evening, Sportsball Guy will be hovering on the edge of the conversation, loudly advertising his entirely unremarkable quirk: Boy howdy, he sure doesn’t know about sports!

Sportsball Guy inexplicably believes this to be a trait that’s rare, charming and almost enviable to the unwashed masses. Never mind the fact that the average Super Bowl party typically consists of a dozen guests who couldn’t give a shit about the game and are happy to enjoy the reverie passively at the bar cart or the potluck without bothering anybody.

Instead, the Sportsball Guy chooses violence. Driven to a narcissistic break by their profound dearth of anything useful to add to the social environment, growing increasingly resentful with every minute the spotlight isn’t on them, they retreat to the fundamental lesson they learned on the vintage message boards of yore: expressing that you do not enjoy certain things that other people around you do, all for some quick, cheap attention.

“Huh, what’s with all the cheering? Did a sportsball happen?” 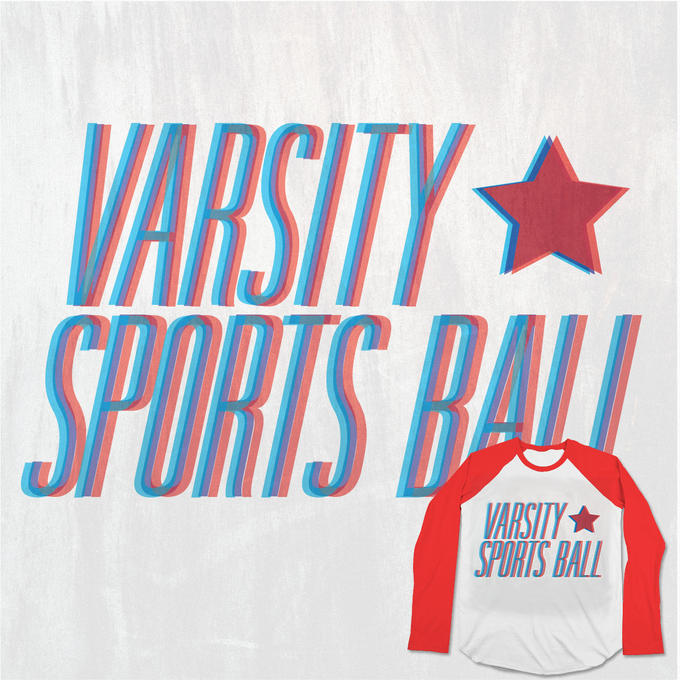 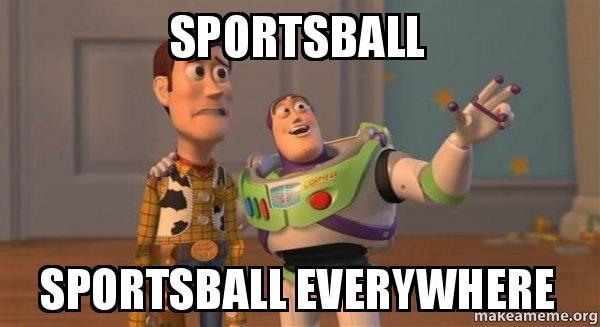 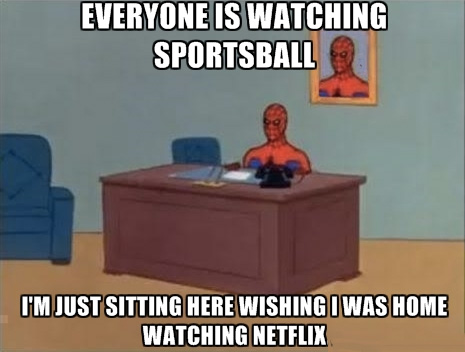 “Sportsball,” as a term, dates back to at least 2007. That’s when it was enshrined on Urban Dictionary, and given the general intractability of meme history — the closest we’ve got to digital radiocarbon dating. In the years since, sportsball has become a fixture on the redditor internet. Whenever a major sports event rolls around — the World Cup, the NBA Finals and especially the Super Bowl — these culture warriors take up arms to beat back the onslaught of social media citizens who are, understandably, using their platform to talk about the game. This creates a pernicious feedback loop on countless Facebook walls and Twitter feeds. One faction talking about sports, the other haughtily expressing their inability to talk about sports. These exchanges never go anywhere, because there’s literally nothing to gain on either side. As such, sportsball represents a maddening facet of social media; everyone always needs to have a take, even when they possess no take at all.

As the term caught on around the web, an insurgent brand of mediocre Sportsball Jokes took hold in gamer webcomics and Tumblr fiefdoms. The format was simple, and consistent: 1) I don’t know anything about sports, to the point that I think that they score field goals in hockey and touchdowns in golf; and 2) sports are dumb, and I maintain a sly moral and intellectual superiority for believing that to be true. This toxic mindset alchemized with one of the most sinister humor trends of the Obama-era internet: Young, soyfacing college kids added verb structure to poor, innocent nouns as a way to cute ’em up.

“We sportsed our best and scored points, but the other team was sportsing, too, and scored even more points,” reads a classic webcomic that causes me legitimate physical anguish when I read it today. “We need to stop the other team from scoring points while we ourselves score more points.”

I’m not alone in feeling this way. In recent years, the tide has turned against sportsball. Today, the term is regarded as one of the most baffling relics of early 2010s posting discourse — a time of rage comics, and long cat, and Ridiculously Photogenic Guy. It was a sickly earnest age, authored by unspoiled millennials before they all completely went insane, and therefore, it now reads like the diametric opposite to the apocalyptic, Jokerfied cyberspace we occupy today. For whatever reason, sportsball emerged as the crown jewel for that particular strain of cringe. No term better encapsulates the outmoded language of the Yes We Can internet.

Adam Downer, who literally wrote the Know Your Meme entry for sportsball, says that the universe began to tilt against the term in early 2017. Junkee published the first ever Against Sportsball polemic on March 30th of that year, and the New Yorker followed up with their own highbrow takedown two months later.

In retrospect, it’s righteously clear how the election of Donald Trump completely rejiggered our norms, assassinating that facile, self-effacing, Online Liberal irony where it previously stood, replacing it with dadaist, deep-fried beans-themed shitposts. All the axioms we were taught about the internet — that it was populated exclusively by winsome nerds sending the same warmed-over BioShock memes back and forth — were proven to be a hilarious farce. In that sense, sportsball became emblematic for what we lost in the fire. Maybe that’s why it’s still such a sore spot.

“Being a geek on the internet was the dominant form of posting. Being into TV fandoms was really cool. Being ‘geeky’ was really cool. And maybe jock culture hadn’t caught up to that,” says Downer. “Maybe as people who were into sports got more web-literate, that started to change things. When Deadspin hit its stride, it became clear that you could be both online and a sports fan. That’s my hypothesis.”

(He’s absolutely right. When one of the most unyieldingly progressive publications on the internet is simultaneously a sports blog, then clearly the parameters have shifted. But that’s a topic for a different story.)

You still see the occasional Sportsball Guy in the wild. In fact, during this year’s Super Bowl, I typed the term into the Twitter search bar — like exhuming an old coffin — to savor the pungent stench of ancient Reddit. There they were, the remnants of an old sportsball nation, who somehow hadn’t yet gotten the memo:

“If you get bent out of shape about sportsball, I don’t want to hear your opinion on political issues,” adds another since-deleted tweet.

Don’t get me wrong, these are bad tweets, but I can’t help but find some strange peace in them. In this chaotic timeline, it’s grounding to know that some people out there have never updated their meme vernacular; continuing to post exactly the way they did in 2012, totally oblivious to the soul-killing burdens of looking cool on the internet.

I’ll surely be annoyed at next year’s Super Bowl when a Sportsball Guy asks me what inning we’re in, but quietly, I will also want what he has. Lobotomize me, Daddy. Take me back to 2011. Let me make not-liking-things my entire personality, because goshdarnit, I just can’t figure out this heckin’ sportsball.