The Academy Awards don’t give out an Oscar for commercial acting, but if they did, Shaq would be a shoo-in for the Lifetime Achievement award

For basketball fans over the age of 30, Shaquille O’Neal — or Shaq, as he’s better-known — is an NBA legend who, after claiming the Rookie of the Year Award in 1993, would eventually go on to help lead the Lakers to three consecutive NBA championships. To pretty much everyone born after 1996, or anybody who doesn’t follow professional basketball, Shaq is that guy on the TV who pitches everything from pizza to car insurance to sleep apnea masks (yes, Shaq wants to help you breathe comfortably and safely while getting some zzzs).

Sure, Shaq still has a regular gig critiquing today’s NBA players on Inside the NBA, but that almost seems secondary to his side hustle — pitchman extraordinaire. Shaq’s been starring in commercials since the early 1990s, but he’s seriously stepped up his commercial acting since retiring from the court in 2011. Exactly how many commercials has Shaq appeared in over the years is anyone’s guess — 100, 500… 10,000? Investopedia has pinned him to at least 50 different products, and he probably has three times that many companies chasing down his agent at this very moment.

Oddly enough, Shaq was initially told by a marketing professor that his 7-foot-1 frame made him too large to work well in the advertising industry. Shaq’s earlier commercials managed to flip the script on that professor, however, and his sheer size worked to his advertising advantage. Take, for example, this 1993 Pepsi ad that pitched him as a giant who gets put in his place by a little kid.

That same gimmick was the flimsy foundation for the dismal 1996 movie Kazaam, but these days, it’s not Shaq’s size that sells the product — it’s just Shaq himself. As Shaq told Real Sports with Bryant Gumbel, the key to unlocking his potential as an advertising powerhouse was Bud Light pitch pup Spuds MacKenzie. “I said, ‘You know what? Everything he does is funny. I’m funny. This will work.’”

The goofball approach has worked like gangbusters for Shaq to the extent that he’s raking in between $25 million and $30 million a year. Not all of that is from commercials, of course — TNT pays him for Inside the NBA and he owns everything from Auntie Anne’s pretzel stands to car washes and pizzerias. He also once co-owned an empire of 155 Five Guys franchises. Basically, if Shaq enjoys a certain type of food, there’s a good chance he’s finding a way to leverage it into his financial portfolio.

Back to Shaq’s commercial acting, though. Combing through every Shaq commercial could be the sort of marathon that may just never end. At the rate Shaq puts out commercials, he’ll have a new one out before I finish reviewing his old ones. But for the purpose of honoring this giant man who can have viewers craving Oreos one minute and thinking that they should invest in a home security camera the next, allow me to take you through a highlight reel of Shaq’s commercial acting.

Pepsi was all about the Shaq attack in the 1990s, so he was all over the product from commercials and magazine ads to T-shirts. Even his Pepsi bottles have become somewhat of a collector’s item. This commercial played on Shaq’s transition from the world of sports to the glamorous life of a Hollywood celebrity, complete with a tweaked version of Isaac Hayes’ song “Shaft.”

Once again, Shaq is denied the cool refreshment of the Pepsi he craved previously, only this time it’s not a kid holding out but Michael J. Fox. The commercial remains fine 23 years later, but there’s no denying that the Kobe Bryant cameo adds an unexpected element.

The great thing about Shaq is that he’s accessible to giant brands as well as the little guys — provided a brand has the moolah. According to the celebrity appearance site Athletic Speakers, hiring Shaq for a speaking event can cost $100,000, so a commercial appearance likely doesn’t come cheap either.

I’d never heard of Age of Beard before seeing this commercial, but I know they’re already doing something right if their marketing team snagged the big man. Even 30 some years since his first Pepsi commercial, pairing Shaq up with a few kids is advertising gold.

Shaq can certainly deliver a funny line in a commercial, but he can also get the job done by not saying anything at all. He didn’t have to utter a single word for this Taco Bell commercial, just a head tilt and a few crunchy bites were all that was needed.

As silly as the “taco neck” Shaq commercial was, the brand actually caught heat from the National Spasmodic Torticollis Association, which claimed it was insensitive to people with neck injuries. Taco Bell refused to pull the ad, because nobody cancels Shaq.

Despite the possibility of this highly annoying jingle getting stuck in one’s head for hours, this commercial is a win simply for Shaq’s Cirque du Soleil-esque cookie dunk. Big men + graceful activities like ballet dancing or the trapeze = funny 100 percent of the time. The commercial makes zero mention of any sort of prize in the #oreodunksweepstakes, but a quick social media search yields that a fair number of people participated. Yes, cookies pretty much sell themselves, but it never hurts to call on Shaq if a brand really wants to move some product.

A number of athletes have appeared in Vitaminwater ads over the years, from Steve Nash to Brian Urlacher to David Ortiz. For its Super Bowl XLII spot, though, the beverage company put Shaq on a horse dubbed “Chunk of Love” that had him racing alongside much smaller jockeys (see comedy formula above). Regarding the comedy gag, Shaq said, “I put my house on the line that people are going to remember a 7-foot-1, 321-pound basketball player riding a horse.” Mission accomplished.

Alright, so this commercial lacks any sort of dancing or special effects. Hell, Shaq doesn’t even bother to throw in a goofy face, it’s just him sitting on a couch reciting some lines about a bottle of vodka with programmable message capabilities. He pretty much phones in his performance, and he probably netted a cool 50k or more in the five minutes it took him to film the entire commercial. Damn, it must feel good to be Shaq.

Shaq doesn’t only invest in restaurants — his brand reaches into the world of entertainment as well. O’Neal has joined A-listers Alex Rodriguez, Jennifer Lopez (you get one, you get the other), Marshawn Lynch and Michael Strahan as an investor in the NRG eSports brand. However, none of those celebs got tapped to shoot the NRG commercial.

A simple green screen and Shaq is all that’s required to shoot a funny commercial that has the business mogul mopping up blood stains, protecting random chickens and packing heat with a “fish gun.” It’s nothing fancy, but it works.

Shaq’s endorsement of Ring isn’t particularly funny or exciting: All he really does in the commercial is wear the shirt, smile and exist as the celebrity cameo. More interesting than Shaq’s acting in the commercial itself, though, is how he came to team up with the brand. During an interview with CNBC, Shaq said that after getting quotes of $50,000 for security cameras in his house, he saw the Ring camera while buying some TVs at Best Buy. From there he linked up with the company’s founder, Jamie Siminoff, and presto — another Shaq deal was made. “I have to like the product. I have to understand it. I really have to believe in it,” O’Neal told the cable network.

Let this be a lesson to the entrepreneurs out there: Make a product Shaq likes, and you get Shaq… though you still have to pay him.

What’s that, you’ve never heard of All Sport? Well, that’s most likely due to Gatorade and Powerade pushing it to near extinction. Regardless, the sports drink did deliver a pretty stellar commercial that had Shaq dressed as an old man in the year 2044, telling his children about the good ol’ days of basketball. Looking back at it now, Pepsi clearly took some inspiration from it for their Kyrie Irving Uncle Drew commercials.

As for All Sport today, well, considering that the brand’s Facebook page has been frozen since 2017, they could probably use the Shaq golden touch right about now.

Coronavirus pretty much killed any appeal that once existed from being stuck on a cruise ship with 1,500 other randos. Even still, Shaq does manage to make Carnival look rather fun — so long as you can ignore the fact that you’re stepping onto a floating petri dish. That’s also why Carnival tapped Shaq — who had never been on a cruise — as its “Chief Fun Officer.” Obviously, Shaq won’t be marrying you, partaking in your game of mini golf or making you look like a chump on the court, but the idea that he could, almost makes a cruise seem appealing. Almost.

Let’s go ahead and admit the obvious: The commercials for The General car insurance are bad. Like, black socks with Crocs bad. In terms of animated insurance mascots, The General lacks both the charm factor of the Geico Gecko and the humorous appeal (at least what little there is) of the Aflac Duck. Yet, Shaq continues to ride shotgun with the mustachioed mascot.

Shaq’s been in so many commercials for The General that “Does Shaq own The General insurance?” is a common search term. He doesn’t have an ownership in the company, but what he does have is a history with it. According to Sports Business Journal, Shaq used the low-cost insurance during his college years and liked the commercial’s jingle. He met the company’s CEO at a speaking engagement, pitched himself as a celebrity endorser and has been cruising with The General ever since.

If the Shaq shimmy GIF wasn’t testament enough to the appeal of Shaq’s Gold Bond acting work, one need not look further than the various remixes and loops out there. If you’d like to test the limits of your sanity by watching a five-hour loop of Shaq singing “a little shake, a little tingle,” you’re more than welcome to do so.

Considering the sheer number of businesses that Shaq has linked himself to, it’s quite literally a possibility that he’s sold something to every man, woman and child in the U.S. Perhaps you’ve never tried a Shaq Soda, sprinkled Gold Bond between your toes or taken a Caribbean cruise with Carnival, but you’ve more than likely handed a buck or two to Shaq. Maybe you have a Buick parked in your garage or enjoy the occasional Krispy Kreme donut. Perhaps you just have Comcast cable running through your house. There’s no escaping the Shaq marketing machine!

There’s a simple reason that a company such as Papa John’s went to Shaq to help turn around the brand — he gets results and actually boosts sales. Shaq might be a great basketball player, but he’s arguably an even better pitchman. 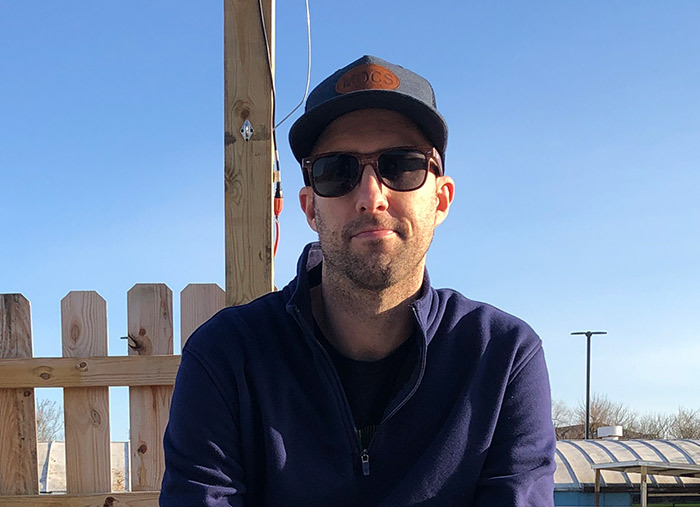 Joel Stice lives inside the internet and has written for Paste, Uproxx, Mental Floss, and lots of other websites your grandparents have never heard of. He's pretty sure he has a medical condition requiring him to eat a burrito at least once a week.