Meet @Shamgetz. He's about to ruin your childhood.

Two months ago, Sam, aka @Shamgetz and u/SamJamBam on Reddit, didn’t consider himself an artist. Sure, he’s been “doodling his whole life,” but he never drew anything he was comfortable putting online. He’d draw for hours every day, but he still felt like everything he did was “low quality.”

Then, earlier this month, he posted a picture of a clean-shaven Luigi in reaction to a meme on Reddit depicting a babyfaced Mario, and everything changed. 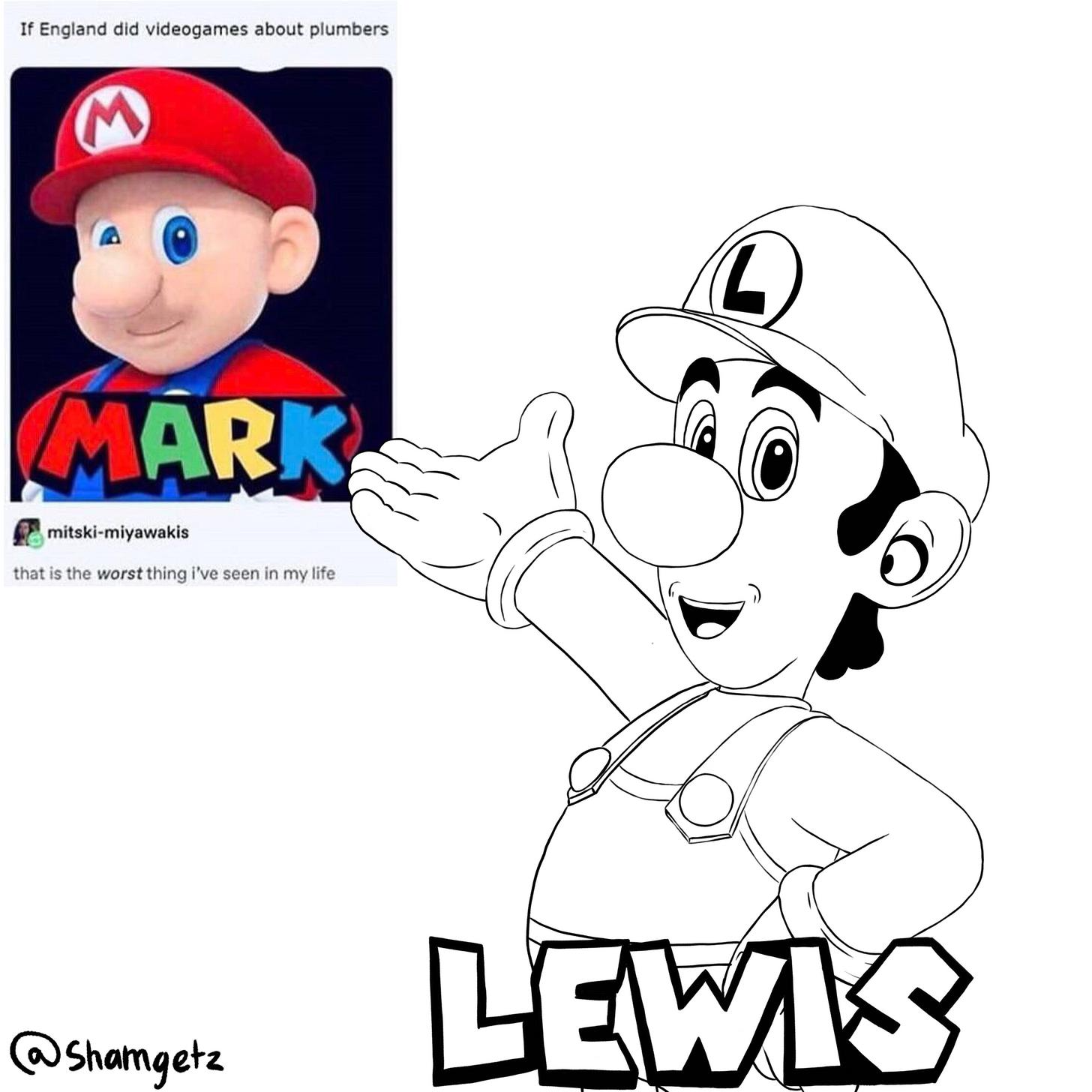 The picture ended up receiving 294 upvotes on r/dankmemes, and though that’s not a ton by r/dankmemes standards, something about reimagining Luigi scratched an itch in Sam he wanted to explore.

“I still didn’t think my work was good,” he explains, “so when I saw the feedback, it really warmed my heart.”

The positive reception helped Sam quickly get over his fear of sharing his work, and he decided to keep going.

“It’s all been very motivating, making something people enjoy makes me feel good,” he tells MEL. “I appreciate that people are enjoying it, because they’re fun to make. If anything, it’s put a bit of fire under my ass to make more drawings. I also happen to have a lot of time on my hands, so it’s a good way to fill the gaps.”

Sam explains that actually posting his art has had some a positive influence on his mental state as well. “I’m very obsessive about my art,” he says. “I struggle to let [drawings] go because they never feel truly finished.” Posting to Reddit and Instagram has been a good way to help him keep moving. “It’s a full stop,” he explains: Once it’s up, it’s done.

And keep moving he has. Since the beardless Luigi drawing, Sam discovered an even more popular niche: grotesque reimaginings of cherished video game characters. If you thought clean-shaven Luigi hurt, look at these:

Since his first depiction of the Pokémon Weepinchoke, Sam now posts two to three video game characters a week. He’s noticed his own style change as well. “If you go through my Instagram you can see my style evolve over the course of a month,” he tells MEL. “Now I just see [these characters] as the dark version of the primary character.” 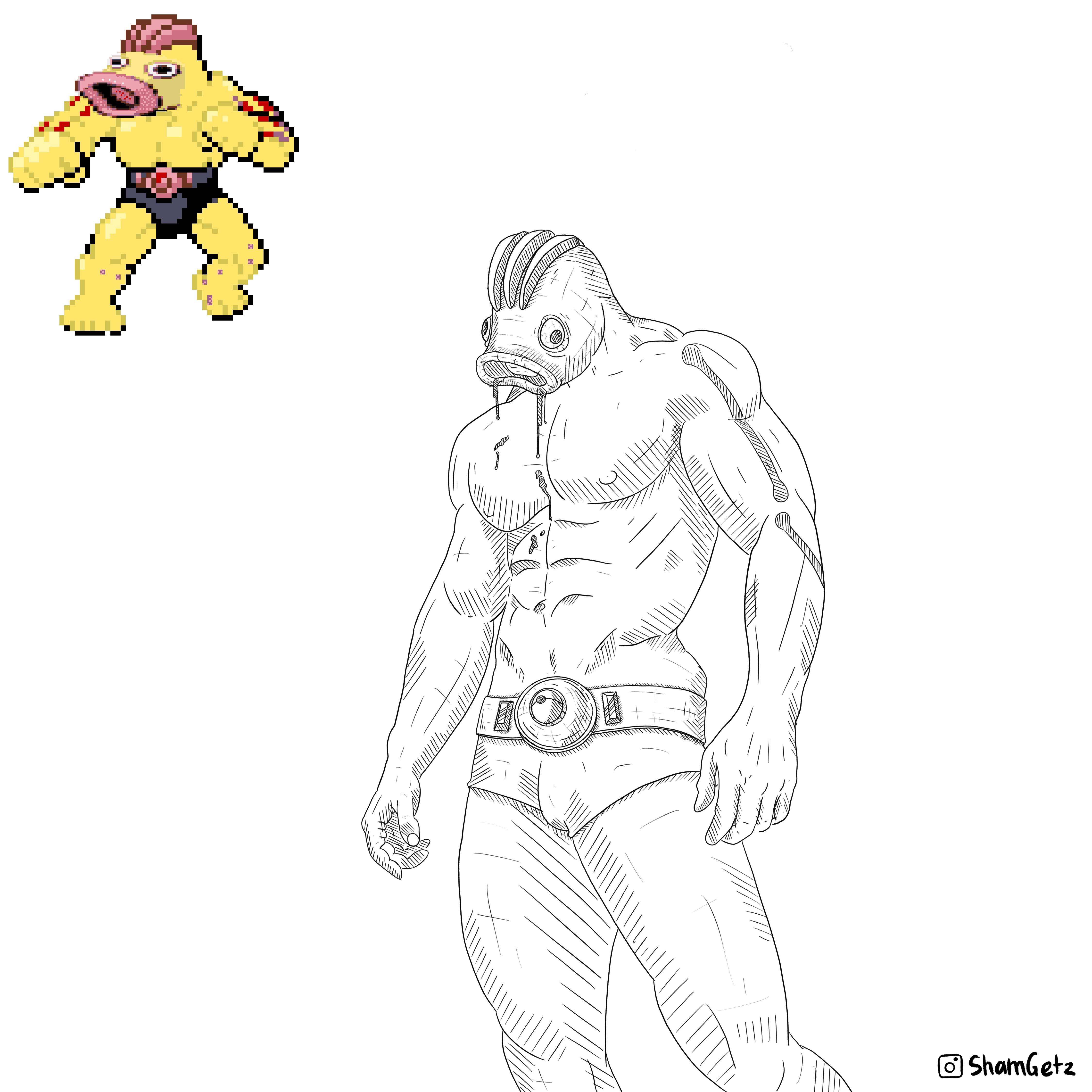 Sam says he still hates his work. “Can’t say I like the drawings, though,” he says. “They’re all hot garbage in my eyes.”

You can almost see the self-loathing in the eyes of his creations, as if everyone involved is being forced into existence. Sam’s caption in every post apologizes for forcing these sickening creatures into people’s consciousness. “I’m so sorry, everybody,” he writes over and over. But Reddit loves it — Sam’s stories average around 15,000 upvotes.

What’s the appeal in seeing our childhood favorites drawn in such a grotesque fashion? “I just try to look past the veil of what the lack of details in the original hide. Kirby is a good example: a pink sphere with arms and legs? That shit would be horrifying in real life.” Sam’s rendition of Kirby is stubble-chested and screaming.

Sam says his inspiration is a love of taking things one step further. “If I feel there is something unseen or is low on the details, I feel an urge to add more,” he tells MEL. “I’ve also been watching Attack on Titan and listening to King Gizzard and the Lizard Wizard a lot.”

Sam has enjoyed the limelight as a way to explore his art, but knows it’s not going to last. “The attention is whatever at the end of the day,” he says. “Everything is short-lived. I love that people are engaging and enjoying the work right now, but it’ll be harder to find the motivation to keep doing the same kinda stuff if they’re not there.”

Sam says he’ll continue to draw with or without the attention — just as he did before this moment in the digital sun. He enjoys the challenge in “creating something special for that day, that hour or that minute,” even though he’s well aware that hours of his work “manifest in an image that’s enjoyed for two seconds.”

But he’s not worried about this moment being over, he says. “I’ll fade away I’m sure. I didn’t start drawing for a crowd and I’m certain it will end the same.”

And anyway, Sam has a full-time job, and isn’t trying to get anywhere with his art. “I’ll see how we go,” he tells MEL. “Just keep drawing for Reddit, Instagram and Twitter and see where it takes me.”

“A lot of people are really into my work as pornographic works. Which isn’t exactly how I see them at all, but people are so varied it’s not totally unexpected,” he says. “Almost every drawing I do, people ask for versions without clothes, or how hot it would be for ‘X’ to do ‘Y’ to me.”

When Nintendo announced that Cuphead was coming to the Switch, he took advantage of the moment to draw the game’s namesake character:

Soon, he says, “a slew of people [messaged about] wanting to ‘suck’ Cuphead’s straw. I had some folks messaging me to draw it with a thicker straw.” Usually, that’s where he draws the line with requests.

“Them’s the breaks though,” he concludes. “I ain’t here to kink-shame anyone.”