Queen Elizabeth Is the Highlander of Our Universe

The longest-reigning British monarch is fated to outlive us all

Just about every day now, we see an older celebrity’s name trend on social media because they’ve died of coronavirus complications. We mourn the luminaries we’ve lost, worry about the icons still at risk and darkly speculate as to which reviled public figures might be next in line for infection. Then there are people who seem immune to death itself, and we have to marvel at their stamina. Is it really possible that 96-year-old Henry Kissinger survives a worldwide pandemic? I’d have to give him 80-20 odds at the worst.

But if there’s one nonagenarian we can put truly safe money on, it’s Queen Elizabeth.

Elizabeth II, born in advance of the Great Depression, serving in a royal capacity through World War II, Queen of the United Kingdom and the Commonwealth by 1953 and now the longest-reigning monarch in British history (as well as the longest-serving female head of state in world history) is here to greet COVID-19 — and the conventional wisdom is that she’ll be just fine.

The U.K. didn’t act quickly enough to enforce quarantine conditions? No problem, she’s been at home anyway. Prime Minister Boris Johnson and her son Prince Charles both have it? Well, she may have seen both men recently, but it’s not as if she’d be touching either of them, and if she did, it was probably with satin gloves that a butler incinerated in a fireplace shortly afterward. Checkmate. 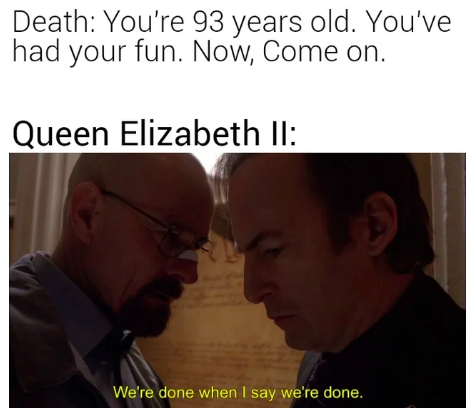 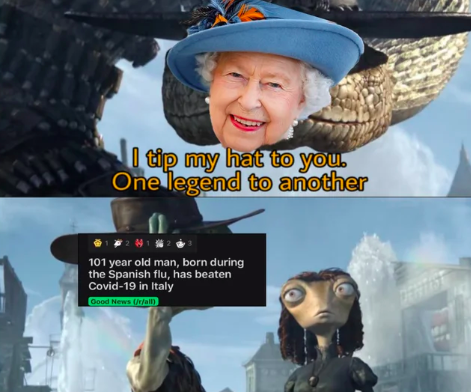 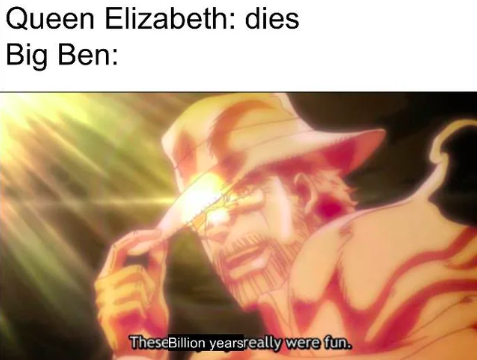 If the logic of the 1986 fantasy epic Highlander applies to the real world — and I think it’s safe to say it does — then the Queen most likely belongs to a race of immortal warriors who can only be killed by decapitation and are fated to do battle at a time known as “The Quickening” until just a single contestant remains, wielding the accrued power of all their fallen rivals. There can be only one.

Whom will Elizabeth have to vanquish in this bloody tournament? Betty White? Dick Van Dyke? Jimmy Carter? Doesn’t matter, the rest of us will be dead by then. But what a scene it will be. 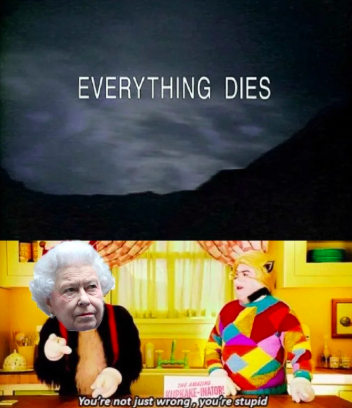 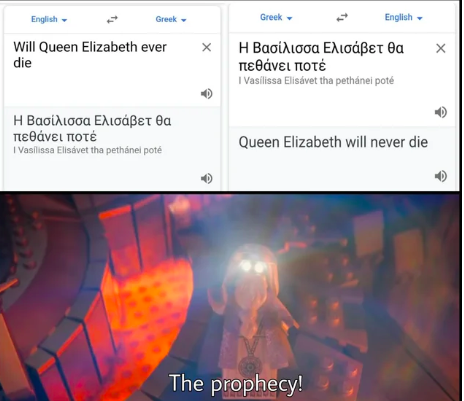 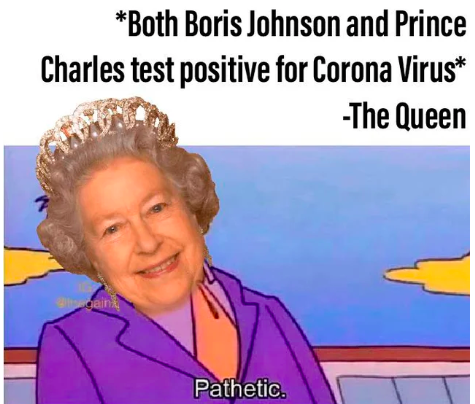 I wonder if, in our time of renewed pestilence and overall uncertainty, we lack the perspective to process great longevity, even when the elder in question has the advantage of enormous wealth and mind-boggling status. To those with crappy health care or none at all, only a near-supernatural explanation can suffice. And when the Queen does pass away, we will lack any framework for absorbing the news. How? Why? What biological mechanism could achieve such an absurd result? No, she’s eternal, she’s not going anywhere. We’ll solve climate change before she croaks.

“God Save the Queen” is the U.K. national anthem, and apparently, it’s working — perhaps a little too well. Should the sentiment carry her through a globe-spanning plague, it will be harder than ever to deny that she possesses some inexhaustible alien energy. Please, your highness, consider sparing some for us poor sickly wretches. Otherwise, when the dust settles, there will be nothing left except you and the virus.