The Buckeye State will absorb us all

Barry Hannah, an author who mastered the American grotesque, delivers a line in his novel Ray that will stick with me forever. It’s at the end of a passage where the eponymous narrator trashes Ohio, calling it “silly” and “the worst state in the union.” Ray recalls a late-night conversation with his nephew after a long day of snapper fishing:

“Promise me something, Uncle Ray?”

The concern is comically absurd… or is it?

Having an experience of the region that includes but a one-night stay in Cleveland plus the hours it takes to cover on a cross-country drive, I never saw the place as anyhow menacing. For years, however, memes have alleged a nonspecific danger posed by Ohio, one that could require a wholesale destruction of the state. The trend began, according to Know Your Meme, in 2016, with a glitching Chicago Transit Authority sign that appeared to flash the message “Ohio will be eliminated.” The following year, a redditor shared a map that displayed other states’ risk of being invaded by Ohio. By 2018, Garfield had advocated for the use of nuclear force against the Midwestern state, presumably to contain this threat. 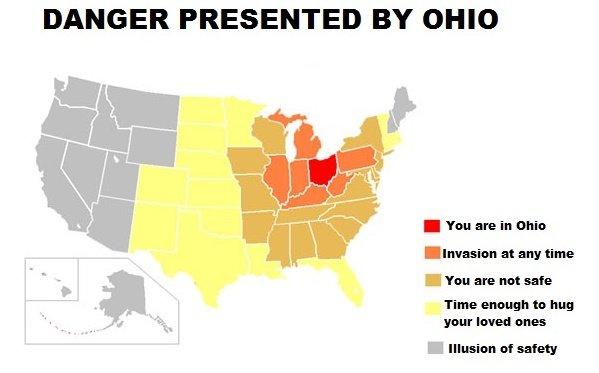 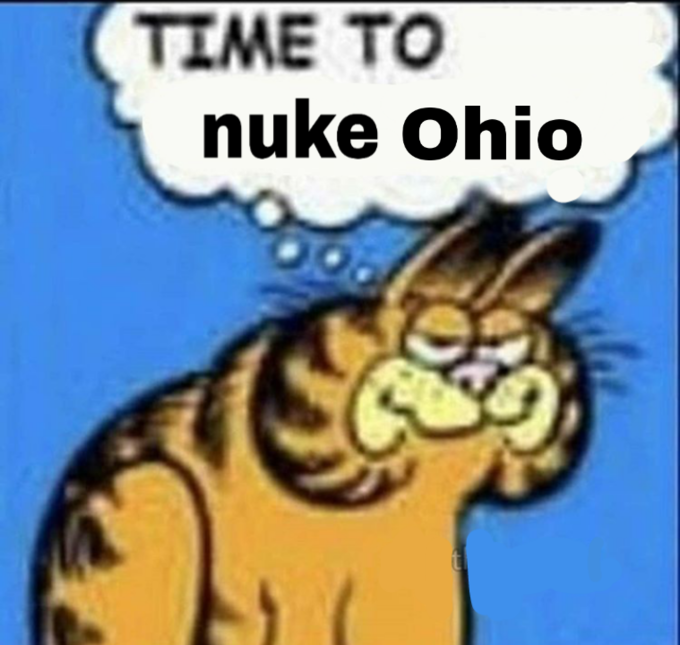 But the time for action was long ago. It’s now 2020, and it seems Ohio has become too powerful to hold in check. The idea that they could somehow destroy or destabilize the rest of the U.S. has also melded with a different but related theme: Ohio constituting the entire nation, or even planet, a mind-boggling conspiracy on par with Flat Earth. Whether Ohio has gradually subsumed the rest of civilization like a giant amoeba or everything was bounded by Ohio to begin with is unclear, yet the reality is the same: We all live in the territory of Ohio, which stretches from coast to coast, sometimes beyond. 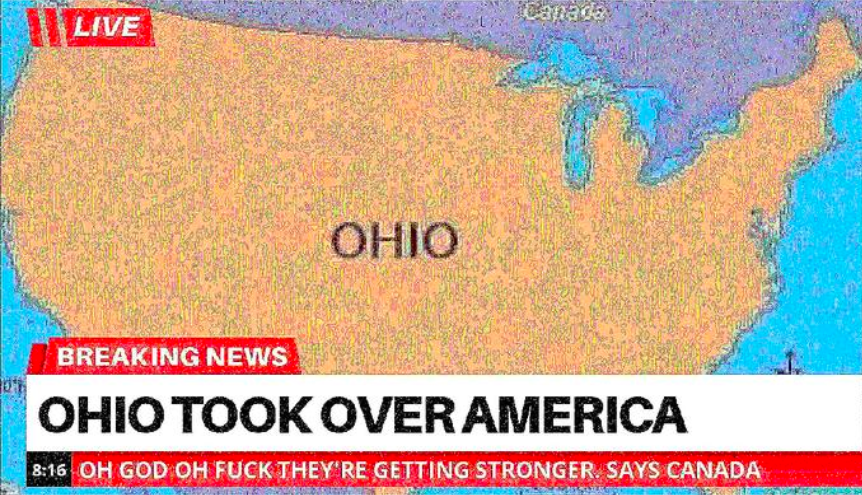 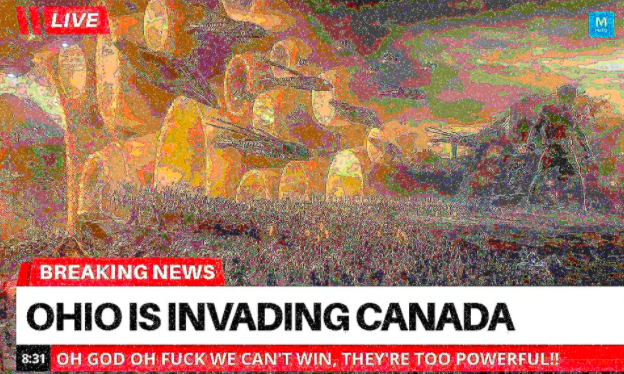 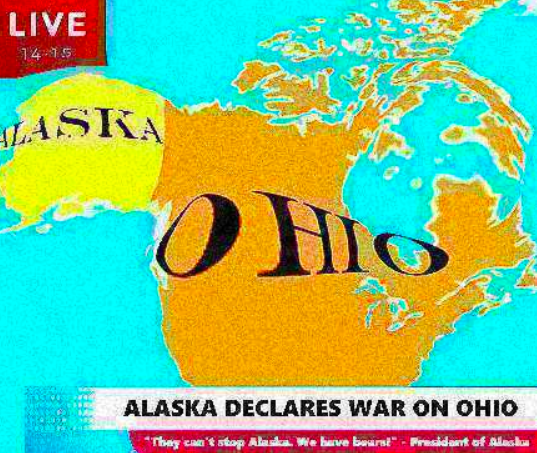 With a global pandemic in full swing, it’s natural that memes should reflect our anxiety over contagion. Though why make Ohio the aggressor in these jokes? The state government moved quickly on shutdown orders, and they have a much lower rate of infection than neighboring Michigan. It must be a deeper stereotype at play: Ohio as not just the heartland but “the Heart of America,” the most American state. If it’s a microcosm of this country, then it can be a macrocosm, too: because it has no dominant city, industry or politics, it’s seen as a swing-state bellwether in presidential elections, usually picking the winner and reflecting the national vote numbers. That, of course, is a significant issue when they decide to support an irredeemable clod like Donald Trump. 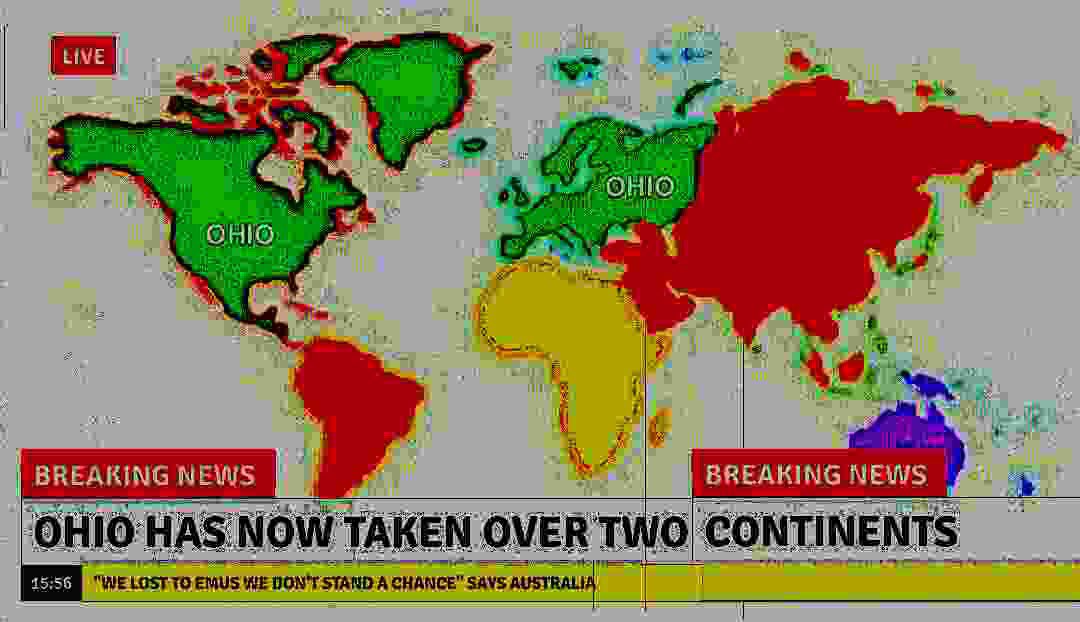 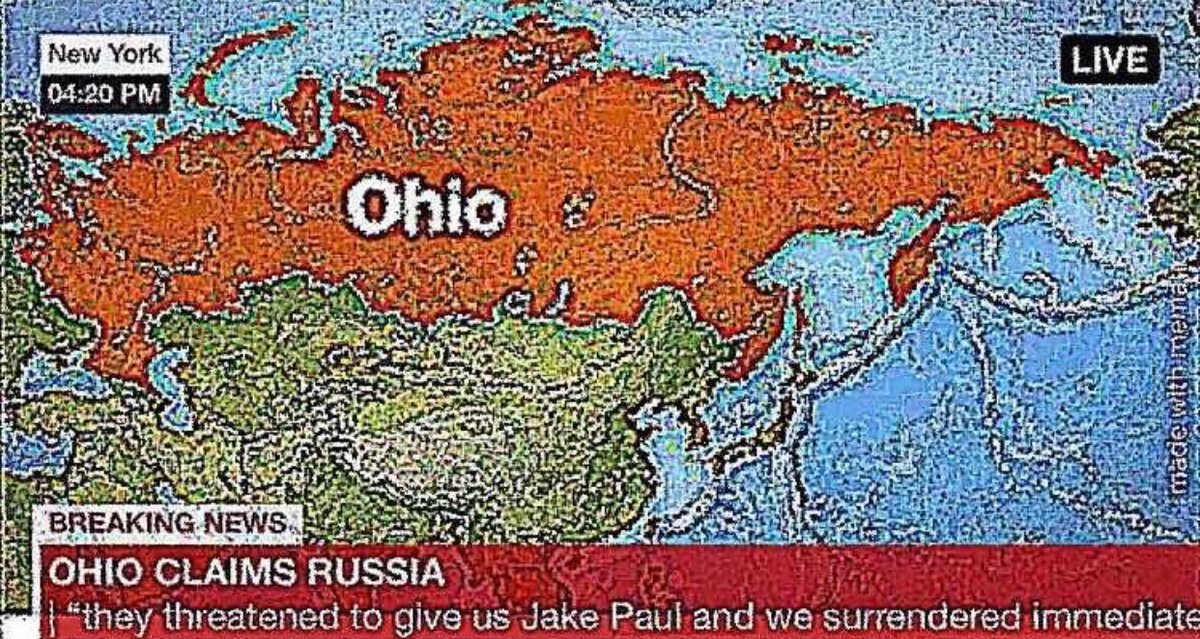 It is, you realize, the very averageness of Ohio — its flat, indistinguishable sameness, or lack of extremes — that renders it terrifying. Ohio is a metaphor for the monoculture, the forces that homogenize diverse elements into a single middling product. It’s fast food, and it’s Marvel movies. It’s college sports and classic rock and suburbs as far as the eye can see. What could Ohio possibly want? Only to create more of itself, more of this, the substrate of America’s (and the Western world’s) malaise. It’s not that other states don’t contribute to this state of affairs. Still, you need a scapegoat, and middle-way Ohio is both a geographic and figurative match for the role. Sorry, Buckeyes. It’s who you are. 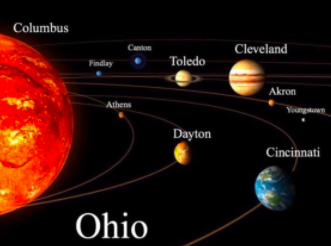 There’s a phenomenon that astronauts call the “overview effect.” When you’re above Earth’s atmosphere, looking down on that not-so-big blue marble, you undergo a shift in perspective, suddenly seeing the irrelevance of human borders and the total unity of the global ecosystem. Ohio isn’t the literal whole of existence, and yet we have to wonder if that’s the way we’re headed — a future in which no matter where you are, it may as well be Ohio.

A great risk in mass quarantine, and the resulting collapse of community, is a stagnation that kills off what’s different or unique from one town to the next. Therefore, be vigilant, and don’t let go of your local color. Otherwise, Ohio may come knocking. 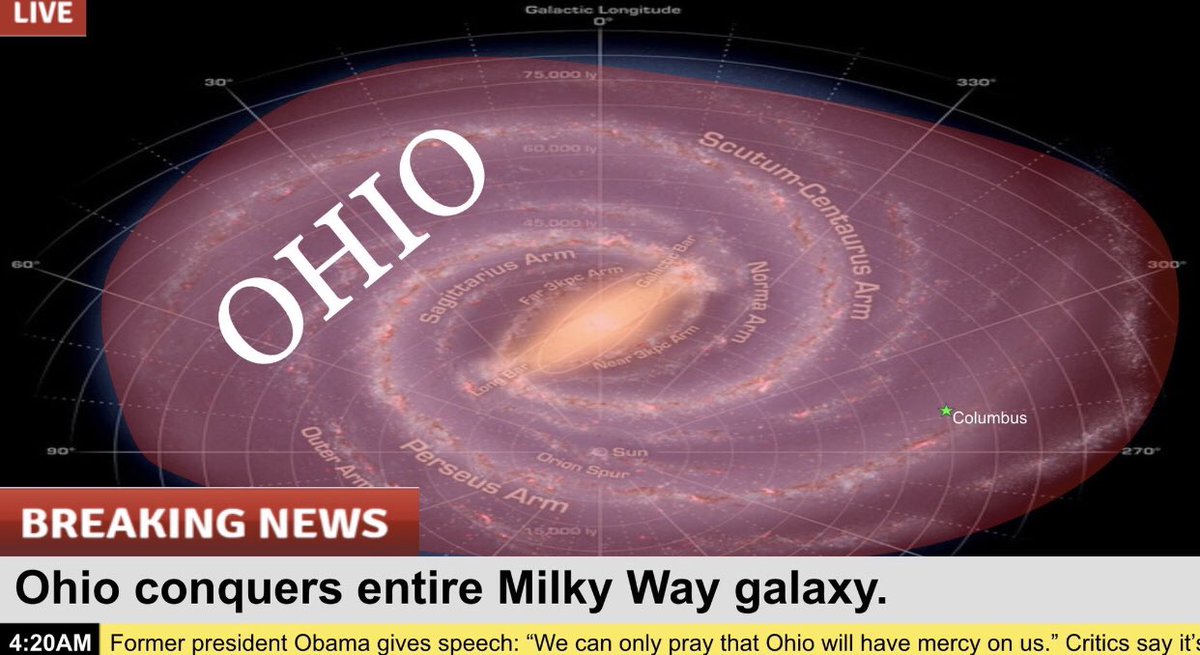