It’s Time to Reclaim the Color Pink From Finance Bros

Every dude needs a little pink in his wardrobe. It's more than a color — it's a state of mind

I live not far from the British designer Paul Smith’s L.A. store on a fashion-focused stretch of Melrose Avenue. The building is bubblegum pink, a shade beloved by Instagram influencers, somewhat to the irritation of its owners: Whenever you pass the spot, it’s mobbed by people mounting amateur photoshoots, which has necessitated additional security measures, especially after someone graffitied the now-landmark wall with the pointed message “Go fuck ur selfie.” This was swiftly painted over, and the photoshoots continued. (A little tip, if you must do this: The wall looks best toward the beginning of sunset, when it’s still bright out — at dusk it takes on a sickly green tinge.)

Like most locals, I roll my eyes at the phenomenon of the Paul Smith wall (the tourists leave mountains of trash and tie up the whole intersection), though I cannot deny my fondness for the color itself. I suppose it’s close to what we’ve called “millennial pink” or “Tumblr pink,” if we can even agree on the exact pigmentation denoted by those terms. One might argue that my generation favors this pink for its aura of safety and softness — some consider it calming, whatever the lack of scientific data to support the claim — but I find it neither passive nor infantilizing. To the contrary, it feels energizing and, dare I say it, optimistic? Almost a visual counterbalance to our collective dread and anxiety.

For men, it can also be a color of liberation, the antidote to clothing selections that resemble a drab ocean of gray, black, blue and tan. The rapper Cam’ron famously set this trend in motion when he turned up at a 2002 New York Fashion Week party in a baby-pink mink coat that inspired countless homages in the years to come. “When I first started wearing pink, it wasn’t nothing I planned on doing or strategized,” he told GQ in 2017. “But people showed me so much love for the pink mink I wore, I had to go out to Pantone and create my own color, which is called Killa Pink.” Cam’ron went on to say that wearing “dirty” pink was a rookie mistake — you can’t get away with wearing it two days in a row — and that some folks “don’t really look right when they do it.” I’ll agree to the first point and take exception to the second: Everyone should wear pink sometimes.

Rep. Alexandria Ocasio-Cortez may be touting a Green New Deal, yet this week was all about pink: Twitter swooned over images of her with the Queer Eye reboot’s grooming expert, Jonathan Van Ness, both decked out in varietals: AOC wore a vivid fuchsia suit, while Van Ness went with a neon pink top (plus a comfortable-looking skirt and sneaker combo). Whatever comes of this meeting of minds, the very fact of them strolling the halls of the Capitol in these outfits feels like a chromatic signal of insurgent power to the pale blue-bloods who have been overrepresented in Congress for its entire history. That they sent this message in pink — long associated with femininity and LGBT movements — is even better when you recall who else claims ownership of the color: rich preppies. 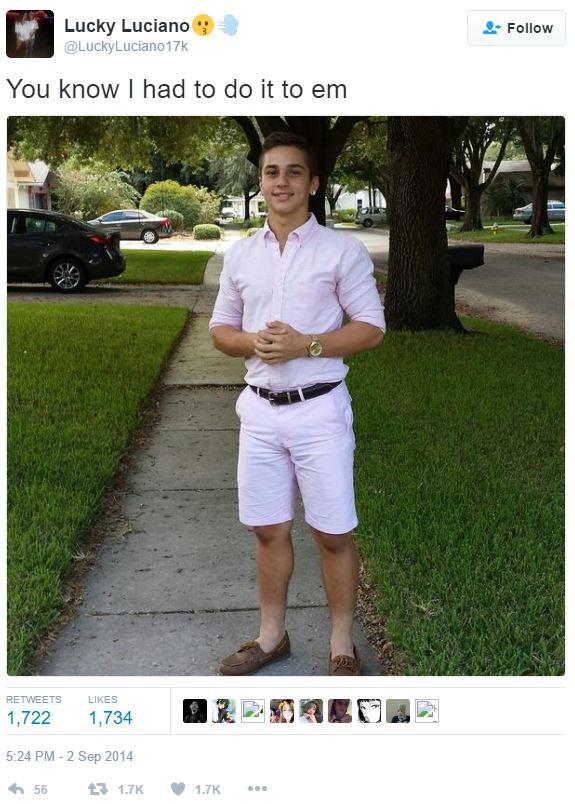 An anemic, barely-there shade of pastel pink (in addition to the slightly darker “salmon”) seems to be a staple of the white aspiring millionaire, yacht enthusiasts, popped collar bros, and midtown finance drones. These guys must consider that one button-down or polo to be proof of their capacity for flair, as well as total security in their gender and sexual identity. Who else but a “real” man would be brave enough to sport the color of cartoon princesses and It’s a Girl! birth announcements, right?

But the sheer timidity of their preferred pink reflects a crisis of confidence. It’s a pink that wants to blend in at the country club and get approved for a bank loan. I’m sorry, that is a coward’s pink.

Especially since moving to California, I’ve aspired to something far more saturated and satisfying. Give me the deep, vibrant pink of street art and tiki drinks, hibiscus and bougainvillea. Like the Paul Smith wall, this is the pink that pops on Instagram and pulls a look together. Who needs nuance in their fashion? Go big; be unambiguous. I get compliments on these ensembles all the time, and it’s not because a bold pink suits me in particular; there’s a populist quality to it that makes it universally accessible and applicable. It glows with absolute good cheer. It can transform the air around you. 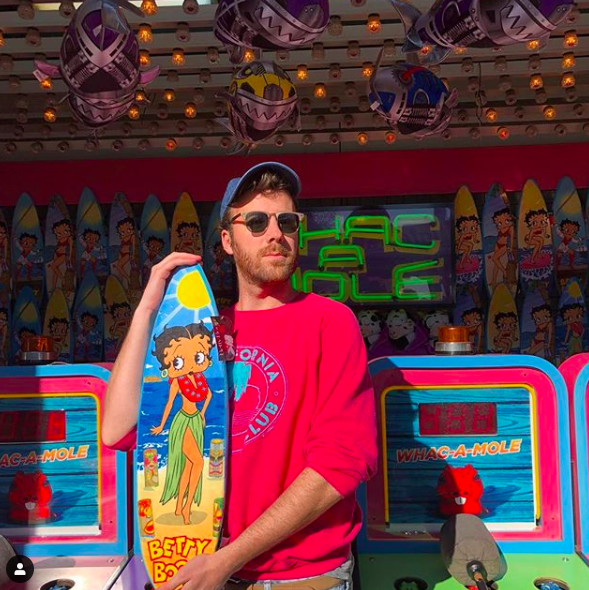 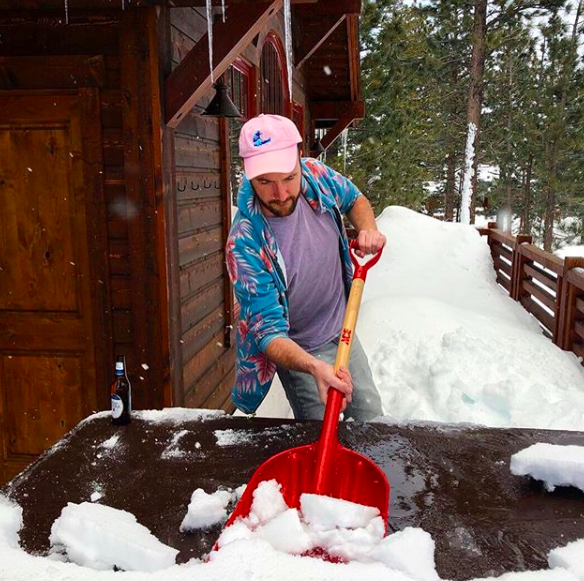 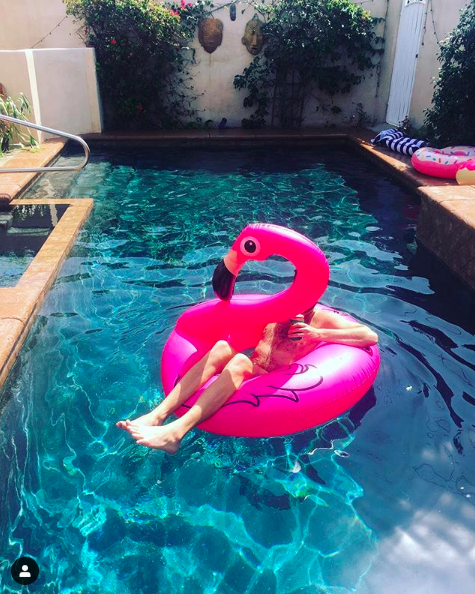 You don’t have to take it to Cam’ron levels, fellas, but consider seeking the one robustly pink garment that will spice up your wardrobe and tilt your outlook in a sweeter direction. Don’t be a prisoner of unremarkable shirts; finer things are possible. It may test your nerves the first time you blast DayGlo pink in public. Stay strong, though, for you’ll soon see there is no downside — only the pleasure of a lightness in your step.