He loves Monster Energy and video games — but what is he really trying to tell us?

The internet traffics in archetypes, and when you throw them all together you have something like an ensemble cast: some Reply Guys over here, couple Wives over there, a whole mess of Boomers sharing dumb political memes via Facebook, and so on. Sometimes these people have actual names, courtesy of the so-called incels, angry dudes who don’t have sex and therefore have time to categorize people as “Chad” (a muscle-bound jock who has his pick of women), “Stacy” (his attractive, promiscuous female counterpart), “Becky” (her homelier, probably feminist friend) and “Norman” (a beta-male figure).

Like any TV show that should have been canceled years ago, the web keeps adding to this stable of characters — which is why we now have “Kyle.”

Know Your Meme traces the Kyle concept to the meme above, and that juxtaposition of Monster Energy drink with holes punched in drywall has defined the meme ever since. Fueled by the noxious beverage and a simmering, entitled rage, Kyle will inevitably explode, taking out his wrath on an inanimate surface he will then need to fix — although one suspects he’ll take some time getting around to it.

What sets Kyle off? Usually some trivial inconvenience dictated by his immaturity, low status and unenviable living arrangement: Kyle is likely to live with his parents (or roommates of a similar comportment, in a scummy house riddled with wall holes), and his interests appear limited to video games and junk food, either of which may trigger his aggression. 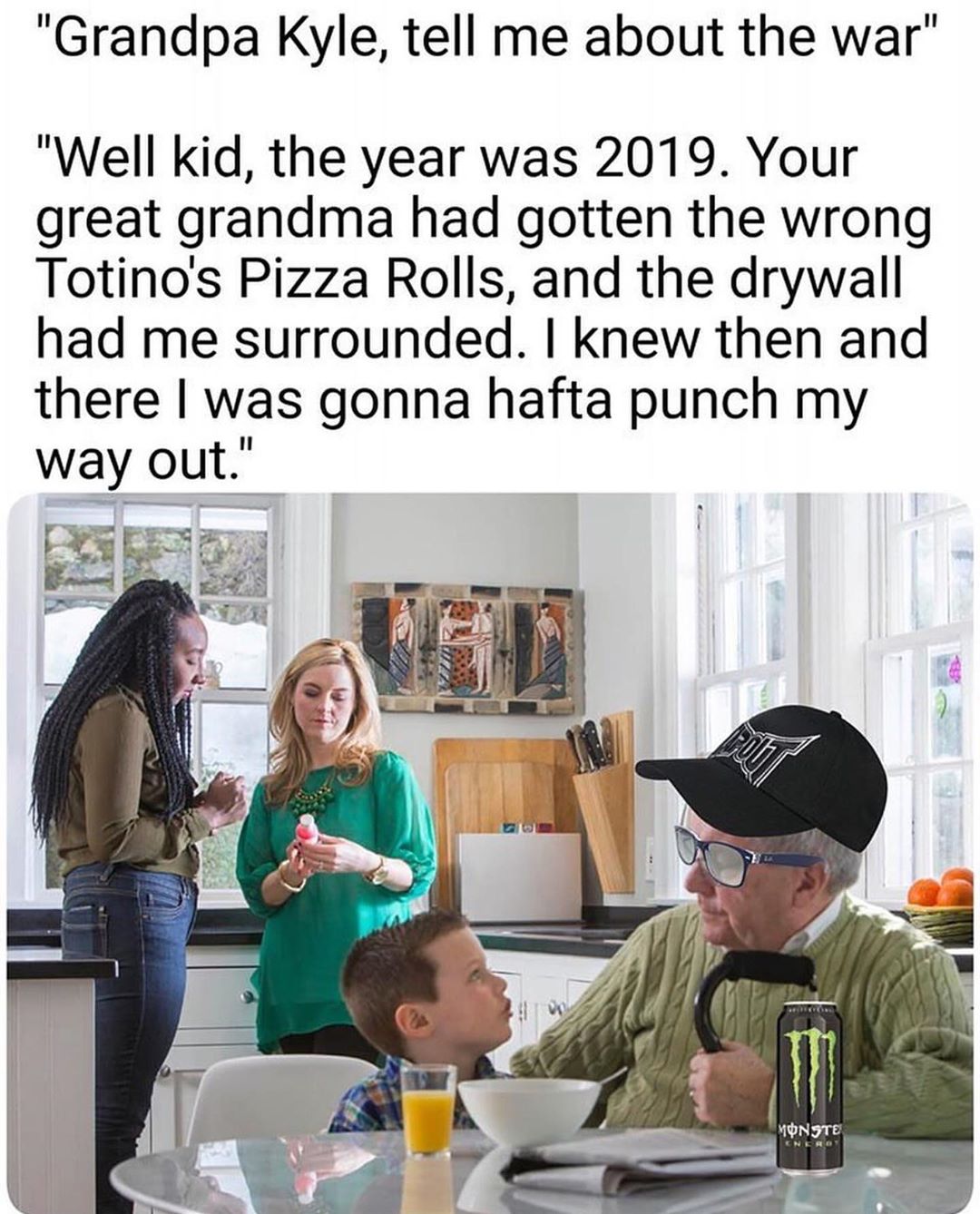 Months before @vinnybrack’s tweet, meme creators had established a link between Monster Energy and Kyle, absent any drywall component. Of the most popular content, a post alleging that “all white dudes named Kyle” are baptized in Monster Energy stands out. The association appears to have overwhelmed the subreddit r/kyle, once a place for actual Kyles to talk about when other folks accidentally call them “Kevin,” which recently had to impose a “Monster Mondays” policy to limit Monster-Kyle memes (and tangential stereotypes, like vaping or BMX bikes) to one day a week. Monster Energy itself has long enjoyed a sort of ambient meme status thanks to the success of its “lifestyle in a can” ethos, addicting formula, unmistakable green font and overzealous brand awareness among their customers, known to trick out cars with Monster logos or get tattoos inspired by the drink’s aesthetic. In fact, a Monster-font back design that says “MOM DAD KYLE,” featured on several “worst tattoo” lists, may be the genesis of a Kyle-Monster matchup, and one that solidified the trashy-redneck element of the joke.

Drywall, a cheap and flimsy construction material, provides Kyle a natural environment: It is punctured as easily as his ego and/or coping mechanisms, and becomes the target of his wrath whenever this happens. It doesn’t particularly matter, since the damage is superficial and Kyle is unlikely to injure himself in the process, but for these very reasons, Kyle may see drywall-punching as a healthy form of release, believing his home is made to absorb such violence. Instead, the rest of us see this for what it is: the repression of a more dangerous outburst that has merely been postponed, and the frustrated gesture of a boy who remains emotionally inarticulate. And if the name “Kyle” works as the catchall name for this personality, that’s partly because its popularity peaked in the 1980s and 1990s, meaning many Kyles are now in their twenties and thirties — i.e., the prime age range for stunted, isolated, Xbox-addled man-children. 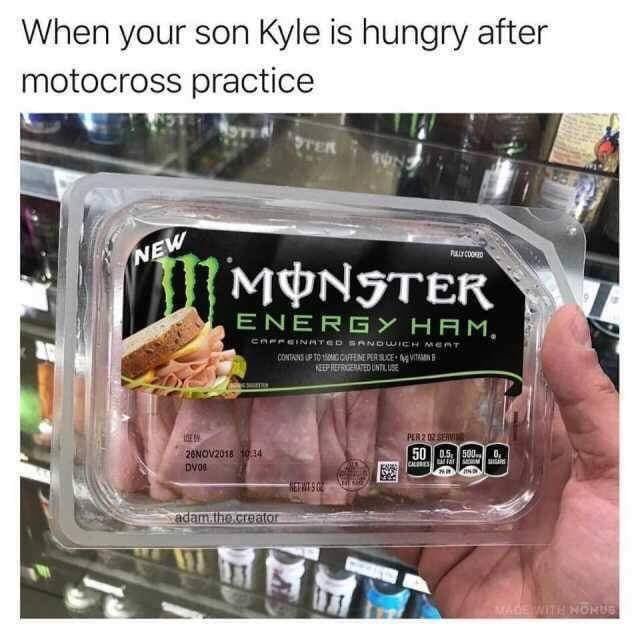 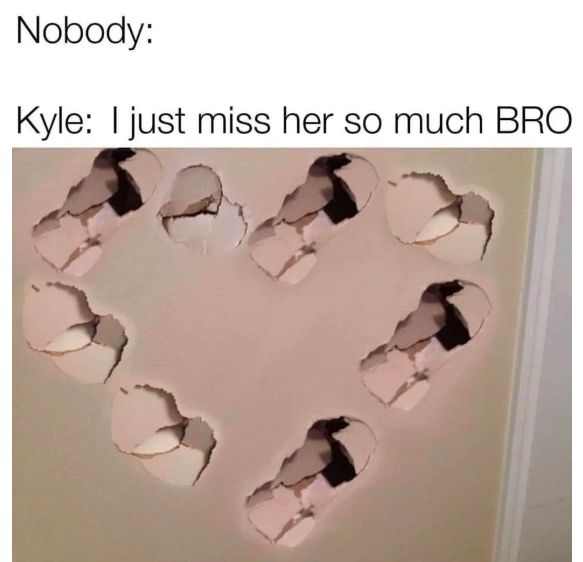 Though maybe, just maybe, we are passing the buck here. White male rage is an undeniable, accelerating problem worldwide, with deadly consequences. These guys are angry about what they see as the erosion of their power. What are we really saying when we foist that toxic attitude onto Kyle, a guy making minimum wage at Wendy’s and strung out on pills he stole from his grandmother? He may damage his surroundings and his community, yet there’s something almost endearing in the minor scale of Kyle’s sin. While rapacious billionaires and politicians make entire continents bear the brunt of their unexamined psychoses, Kyle simply hurts himself, lashing out at his own comforts. That paints him as a symptom of broader failure, not to mention a convenient scapegoat for guys at the top who smash their expensive office fixtures when a venture-capital deal falls through. The truth is, rich or poor, it’s all one kind of guy — one unified Kyle — who pulls this shit. His choice of soda, it turns out, is not necessarily relevant.