The ‘Kick Me’ Sign Is a Joke That Will Never Die

Even if it’s led to a federal lawsuit, assault charges and the death of at least one man

Some people just can’t take a joke. Such was the case on February 11, 1905, at the St. Louis Car Wheel Company, when a man was killed over a “kick me” sign. From the report in the St. Louis Globe-Democrat, things seem to have started out innocently enough: An unidentified coworker had placed a “kick me” sign on the back of Mr. Nicholas Lakavick, and several people took advantage of the sign, kicking Lakavick in his rear. But when Lakavick’s coworker Valentine Gobula kicked him, Lakavick discovered the sign and lost his shit, getting into a fight with Gobula, resulting in Gobula being pushed into a vat of boiling water and killed.

More than a century later, a philosophical debate erupted over the “kick me” sign when a fourth grader taped one to the back of his classmate. The boy was suspended from school for two days and media outlets reported the story because many felt that the punishment was an overreaction. From this, a conversation opened up about whether the “kick me” sign was merely a childish prank that was fairly harmless — except to Valentine Gobula, obviously — or if “kick me” was a more sinister bullying tactic.

Without knowing all the details on both of these cases, it’s hard to say how harmless the pranks really were. Maybe that nine-year-old was a relentless bully and the kid the sign was taped to was a frequent victim. For Lakavick and Gobula, maybe Gobula was always an asshole at work and it was inevitable that one day he’d be thrown into a pot of boiling water. We just don’t know.

If you look into the history of the “kick me” sign, though, you can find examples of both representations. Sometimes it’s utilized by shithead bullies, while other times it’s harmless fun perpetuated between friends or by cute little children on unsuspecting adults. Undoubtedly, the best pop culture example of the “kick me” sign as a bullying tool is from Back to the Future, when the hopeless loser George McFly has one pinned on his back, most likely placed there by the quintessential bully, Biff Tannen. McFly represents the other half of this dynamic, with the “kick me” sign wearer as the rube — someone that everyone considers to be a loser, not just bullies like Biff.

The Insane Clown Posse took this trope to the next level in the song “Juggla” from 1992, which had the following lyrics:

For a real-life example, in 2012, a “kick me” sign led to very serious consequences at the Intel headquarters in Santa Clara, California. In this case, a man named Harvey Palacio had a sign placed on him, and was repeatedly kicked by two coworkers. Palacio went to the cops and to HR, getting the two men fired and charged with battery, which led to convictions. Later on, it was revealed that there was more to this than a simple prank: Palacio said that he was repeatedly bullied at work because of his Filipino heritage. This even led to a federal discrimination lawsuit against Intel, which Palacio later won.

But while a “kick me” prank can certainly be taken too far, it’s usage as something truly harmful seems to be more recent, and for most of its traceable history, it’s been little more than a good-spirited prank. Take, for example, Amazing Spider-Man #258 from 1984, when Spider-Man is forced to borrow a spare costume from the Fantastic 4. In it, the Human Torch gives Spidey an old Fantastic 4 costume, a paper bag for his face and — unbeknownst to Spider-Man — a good-natured “kick me” sign on his back. 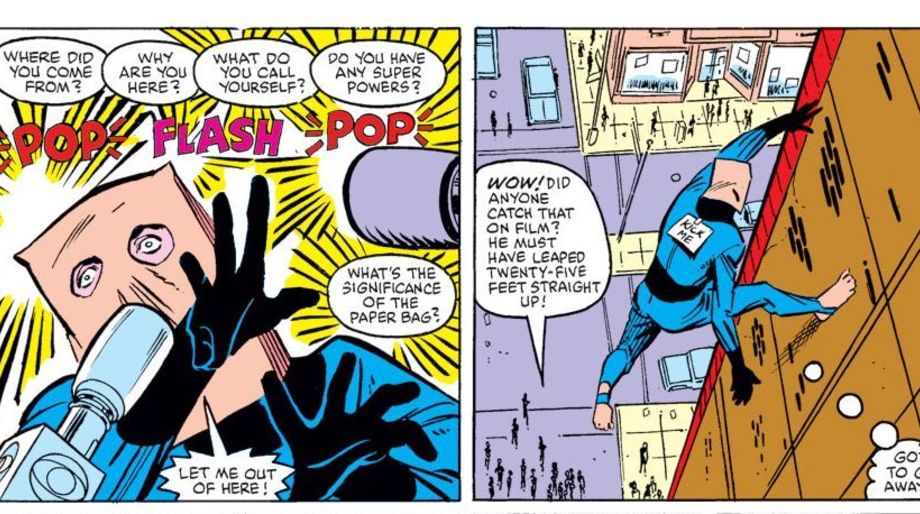 This kind of friendly ribbing has been seen on a lot of TV as well, including shows like All in the Family, Friends, Community and Scrubs, just to name a few. It’s also been featured on The Simpsons numerous times, most often perpetuated by Bart Simpson on Principal Skinner.

This use of the “kick me” sign — done by kids as a cute prank — is likely the most traditional use of the gag, as it can be found in numerous old cartoons and paintings, including this cover from Liberty magazine in 1931 and this cartoon from around 1900:

To trace this back even earlier than 1900, if you search the internet for an exact origin of the “kick me” sign, you’ll find that some believe it started in Scotland, tying into a holiday called “Huntigowk Day.” Huntigowk Day was the Scottish name for April Fools’ Day, named as such because there was a tradition of pranking people by hunting for a cuckoo (gowk), kind of like a “wild goose chase” or a “snipe hunt.” Huntigowk Day, as a name, has fallen into disuse, but April Fools’ Day is still celebrated there, as it has been for centuries in much of Europe and here in the U.S. When April Fools’ Day began is unclear, but some evidence points back to as far as the 1500s.

When it comes to the “kick me” sign, the reason some believe that it derives from Scotland is because, in Scotland, Huntigowk Day lasted for two days, and the second day of the tradition was called “Taily Day.” On Taily Day, all pranks must focus on the posterior — which, hilarious — and note-taping was among these practices, according to the 1959 book The Lore and Language of Schoolchildren. Taping a note to someone’s back is nothing new as a means of pranking — it even happens in the classic Spanish novel Don Quixote de la Mancha, which was first published in 1605 (and is still very funny, by the way). Also, in France, the popular April Fools’ prank was “April Fish,” where the prankster pinned a picture of a fish to his victim’s back. 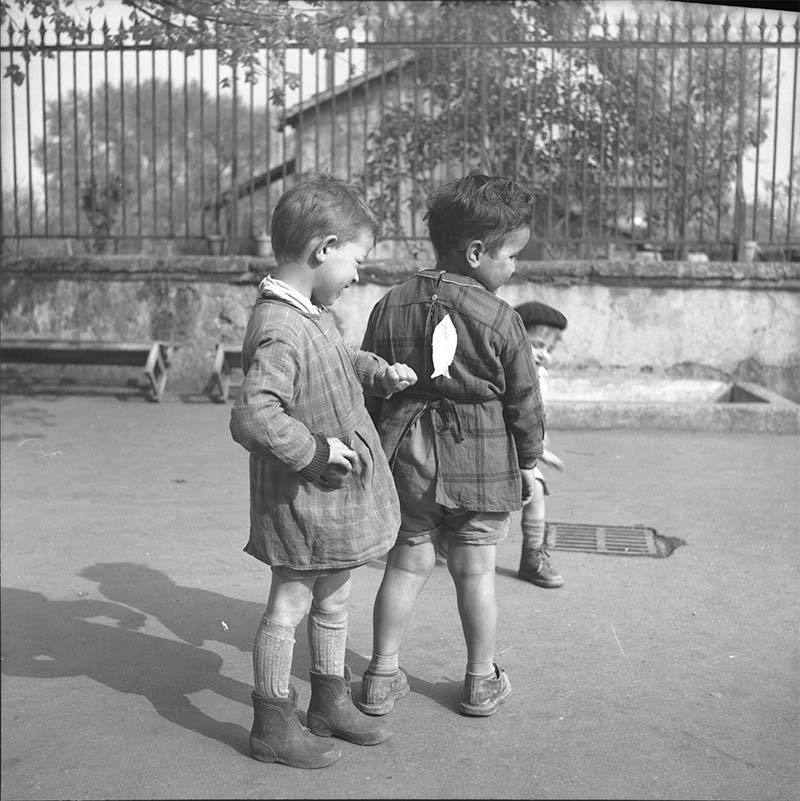 It’s Scotland’s Taily Day, though, that has led some to conclude that this was where the “kick me” sign was born, and it’s a logical conclusion, even if unconfirmed. I tried to verify this myself by checking with folklorist Margaret Read MacDonald, as well as Rachel Chisholm, the curator of Scotland’s Highland Folk Museum, but although both were able to confirm some of the details around Huntigowk Day and Taily Day, neither could confirm that these holidays gave birth to the “kick me” sign.

Given the traditions affiliated with Taily Day, the conclusion makes sense, and it’s likely the best guess as to where the joke came from. On the other hand, Taily Day and the “kick me” sign may have nothing to do with each other at all, and the idea could have originated with some anonymous prankster who just made it up. If anything, an origin story that’s entirely fabricated would likely be the best way to tell the story of the “kick me” sign — after all, that’s just the kind of harmless, good-natured joke that the “kick me” sign was always meant to be.